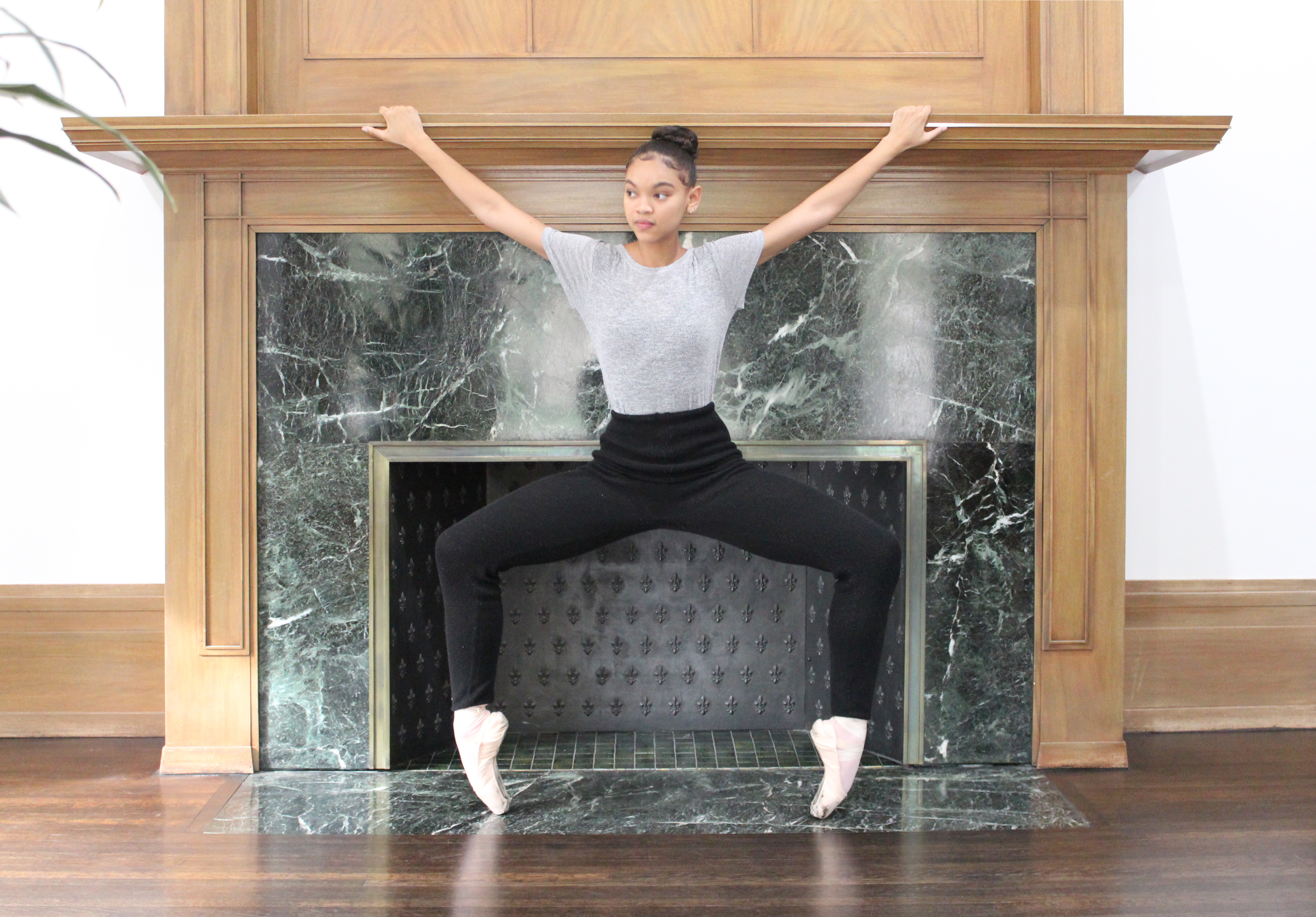 When Sarah Herda, executive director of the Graham Foundation for Advanced Studies in the Fine Arts, irreverently refers to the institution as the “home for the difficult arts,” she’s clearly joking. So although “The Master and Form,” which the foundation is hosting at its Burton Place location through March, might strike some observers as “difficult,” other descriptors—complex, cerebral, provocative—seem more apt.

Is it overly simplistic to suggest that most contemporary artwork is, at its core, about the life of the artist? The most successful artists are able to take those personal experiences and express them in a way that is accessible to others. “The Master and Form”—a multi-platform exhibition conceived and executed by Brendan Fernandes in connection with his tenure at the Graham’s most recent performance residency —is certainly mined from the thirty-eight-year-old artist’s own life, reflecting his experience as a ballet dancer and its impact on his perceptions of pain, pleasure and desire. It’s very specific and deeply personal. Yet more than anything, it presents another instance of the Graham Foundation’s support for work that promotes the interaction of architecture and design with a host of other visual and performing arts. “Not every important idea about architecture has to come from an architect,” says Herda. 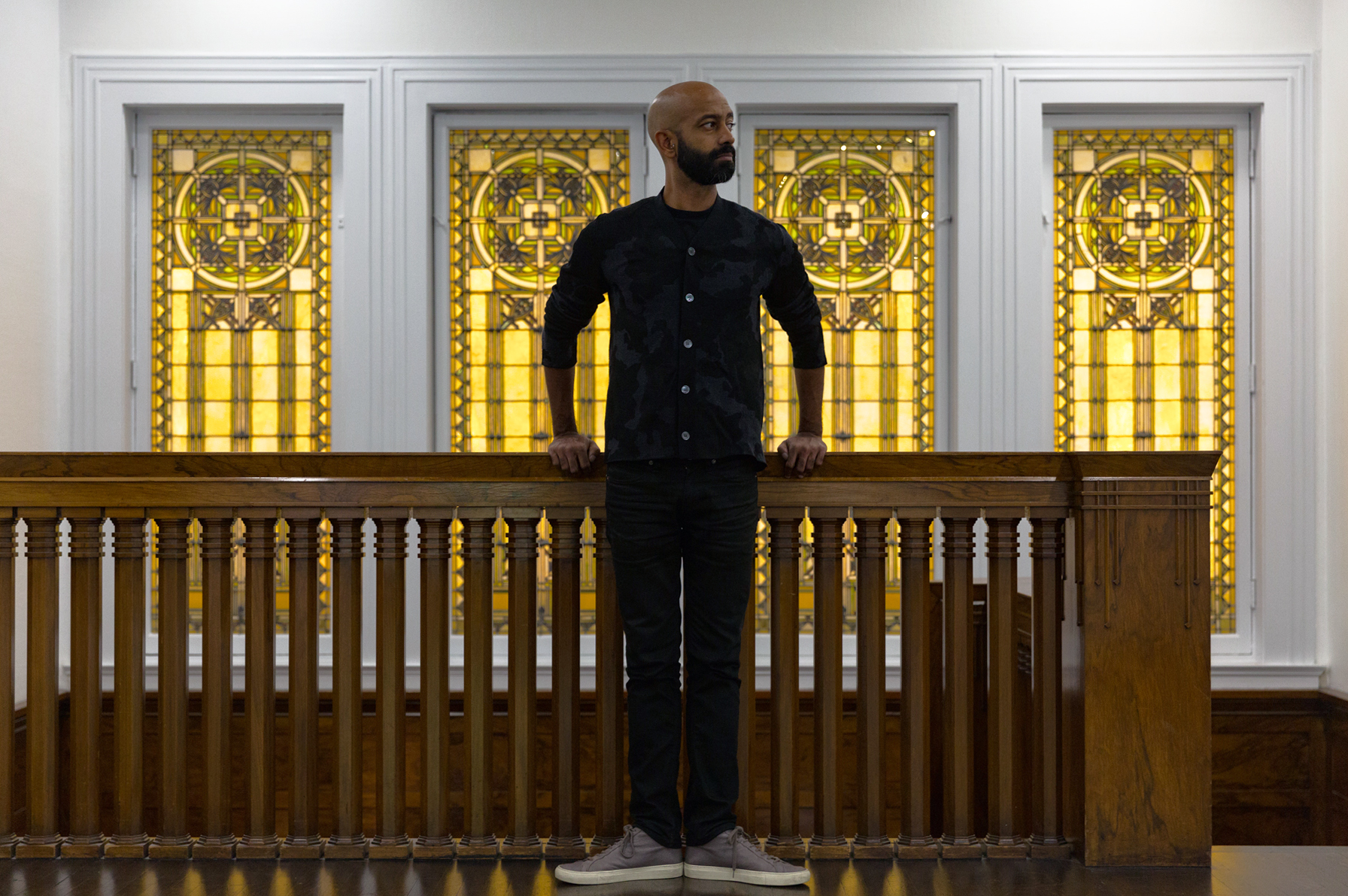 Currently artist-in-residence and faculty at Northwestern University in the Department of Art Theory and Practice, Fernandes is prodigiously productive. He’s got a huge CV and an impressive portfolio of exhibitions, performance works and publications on his website (brendanfernandes.ca).

He’s also kind of a one-man diversity initiative. Born in Kenya to a family that traced its roots to Goa [the port city-state, formerly a Portuguese colony, on the west coast of India], his parents moved to Ontario when he was nine. [Yes, he says “project” with a long ‘“o”]. As would befit someone of such varied background, his earliest work was mostly about racial, ethnic and national identity. With “The Master and Form,” he’s graduated to work that he says is even more personal, drawing on his own background as a dancer and its relation to power, pain and pleasure.

When he entered York University in Toronto, Fernandes was intent on a career as a dancer, despite the fact “they never liked my feet,” he says. A serious dance-related injury forced him to give up that dream and he refocused on visual arts and performance, eventually earning his MFA from the University of Western Ontario in addition to his BFA from York. His career thrived in Canada and he lived in New York before arriving in Chicago last year for his position at Northwestern.

In “The Master and Form,” Fernandes draws on his training and experience in ballet, focusing on its rigors, precision and formalism, in distinction from modern dance. “Ballet dancers can’t improvise,” says Fernandes, “because they’re too fixated on an ideal performance.” 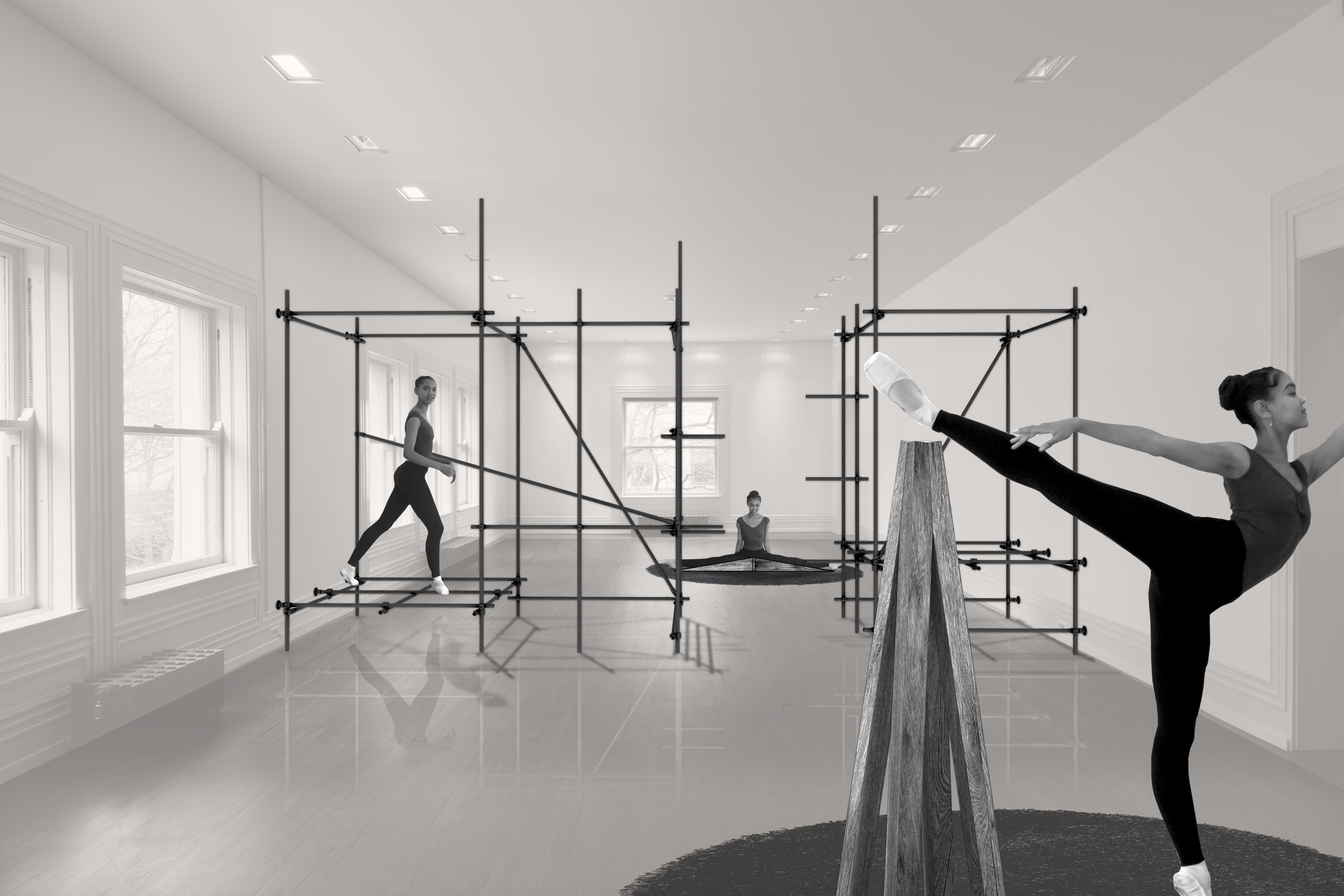 The show features objects that Fernandes refers to generally as “devices.” They are apparatus that help ballet dancers to achieve elements of that ideal performance: physical stances and positions that the specific choreographies of ballet require but that perhaps their own bodies can’t achieve unassisted. “I’m interested in showing the athleticism and the grueling hard work that goes into ballet,” he says. He’s trying to show “how movement techniques are recalled in the body via muscle memory.”

Fernandes is exploring the ballet world’s fixation with the human body generally—the idealized perfection—but more specifically the feet, which are sometimes literally stretched beyond their limits. (Take a look at his piece, “Standing Leg,” to get an idea of where he’s coming from.) But “The Master and Form” is much more than a simple static display of movement apparatus. At various scheduled times during the run of the exhibition, dancers will work on the devices as elements of performance pieces that Fernandes has choreographed.

One issue raised by nearly every exhibition mounted at the Graham Foundation is its relation to the architecture of the building that is the foundation’s home—a sumptuous Prairie-style mansion built in 1902, designed by architects Richard E. Schmidt and Hugh M. G. Garden. Its rich materials, grand proportions and fine decoration pose substantial challenges to mounting such a show, in a space that is so architecturally distinctive.

The foundation’s performance residency program invites practitioners working in a wide range of disciplines to expand architectural discourse and work directly with the physical spaces of Madlener House. Herda, familiar with the work of the firm Norman Kelley from its contribution to the 2015 Chicago Architecture Biennial, suggested Fernandes work with them on the design aspects of the show. Firm principal Thomas Kelley worked with Fernandes not only to design the devices, but also the installation framework installed within the gallery spaces and the overall spatial concepts of the installation. 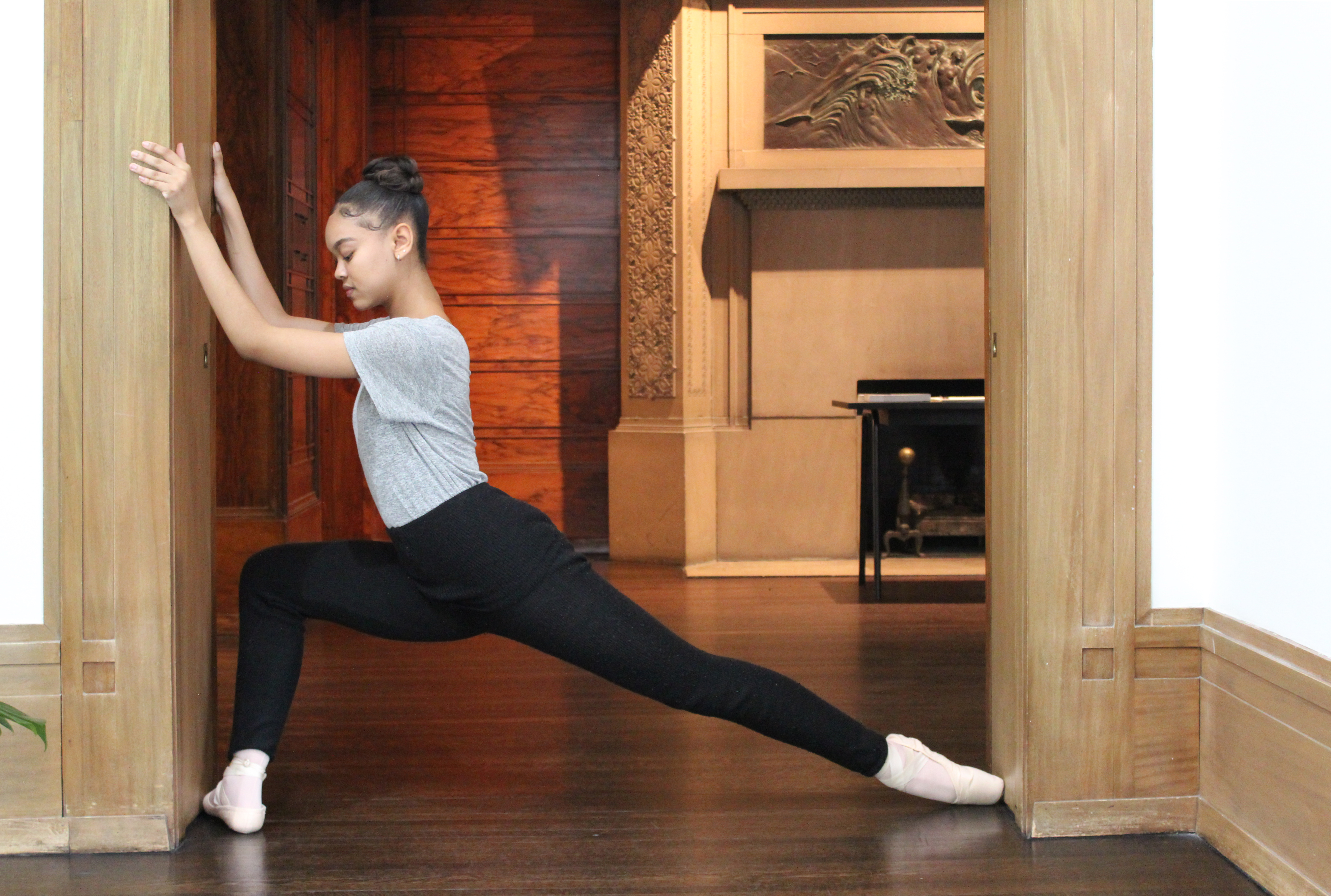 “The Madlener House became a supporting character to the overall design development,” Kelley says. “We designed the devices not only in reference to the dancers’ bodies, but also to details and proportions of the house.” Fernandes says that, by themselves, i.e. while not in use by the dancers—the devices will take on a different quality in the installation spaces, like a “sculptural garden within the house.”

On a more conceptual level, says Fernandes, “The Master and Form” is about power. It depicts what he admits is a somewhat clichéd depiction of the relationship between the ballet master and his or her dancers—often cruel and tyrannical, with connotations of indenture (if not outright slavery) and inflicted pain. These are universal themes of master and servant. Yet Fernandes says he intends the work to convey the beauty and pleasures of ballet dancing as well as its painful aspects. “It’s like evil juxtaposed with the ethereal, romantic nature of ballet.”