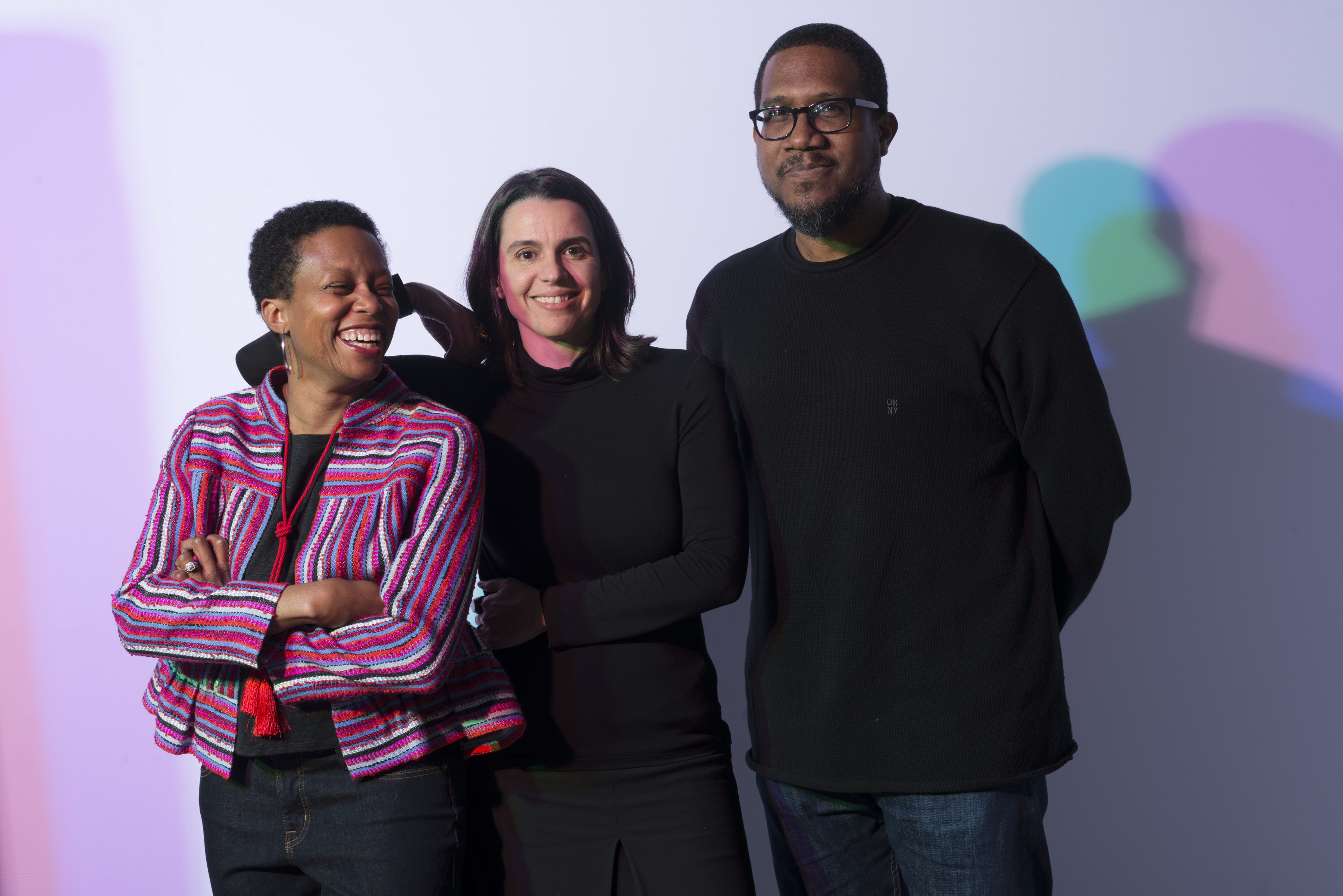 It defines and shapes us. It’s at our core, from North to South, and from Lake Michigan to the West Side, and it’s boiling-hot running through our veins defeating even the fiercest temperatures that make the coldest winter nights almost unbearably long.

Like a shared urban workspace, ours is a city of communication and collaboration that brings together extraordinary artists, designers, makers and entrepreneurs to help one another grow their creative vision and their revenues, scale their businesses and enhance their levels of success, as they elevate the city’s art, design and culture scene.

From one-person startups, to internationally known, high-end design firms, there’s so much creative energy flowing through our city, and it comes in all shapes and sizes—bold fashion and jewelry designers take over the industry, design entrepreneurs thrive in the business world, architects transform our lived experiences, social media influencers bring the city to the forefront, artists, educators and curators help bring creative visions to life.

But the Chicago effect extends well beyond the city’s limits. One such example of global influence, is the city’s strong presence in the upcoming exhibition, “Dimensions of Citizenship,” that will represent the United States in the U.S. Pavilion at the 2018 Venice Architecture Biennale: The institutions that have been appointed as co-commissioners—the School of the Art Institute of Chicago and the University of Chicago—as well as several curatorial team members, advisors, and participants are Chicago-based, inevitably bringing the city into the world’s spotlight once more.

As we become an increasingly global city, in a digital era that makes it easier, faster and less expensive to launch new businesses, creative initiatives and passion projects, Chicago still holds on to the old-school values—communication, respect and hard work—that define a collaborative community.

While there’s still a lot of work to be done, here’s Newcity’s annual Design 50 list of those who continuously strive to create  a stronger and healthier design ecosystem. Hint: They’re all incredibly inspiring. (Vasia Rigou)

All photos by Nathan Keay on location at the Chicago Design Museum.

1
Helmut Jahn
Architect and Founder, JAHN
2017 was a downer for Helmut Jahn. It seems everyone wants to tear down his signature building in Chicago, a touchstone of the postmodern movement, the Thompson Center. He also had to overcome an internal rupture at his firm as it tries to find a path to age as gracefully as its eponymous seventy-eight-year-old founder. And yet, he has another major building rising in Chicago—a striking tower on South Michigan Avenue. The forthcoming 1000M is a triumphal homecoming for Jahn, following his tentative return to Chicago in 2012 with State Street Village at IIT. While Jahn has kept his office humming by exporting his brand of Chicago-inflected Teutonic precision around the world (and especially to his homeland), there is nothing that compares to having a major building rise in your hometown, and he seems to know it.

2
Virgil Abloh
Founder, Off-White
Virgil Abloh is a creative force of nature. Chicago’s own designer, artist, DJ and founder of Milan-based fashion label, Off-White, known for bringing vintage and streetwear into the high-fashion spotlight, has a wide range of interests—and they inform one another in creating new hybrid forms. It comes as no surprise that his creative endeavors will be showcased in a cross-media retrospective that spans fashion, design, music and architecture at the Museum of Contemporary Art in June 2019. But until then, keep an eye on him—Abloh’s too forward-thinking, too visionary and just too innovative to sit still.

3
Jeanne Gang
Architect and Founding Principal, Studio Gang
Little could be written that hasn’t already been said about Jeanne Gang. Admirers of the recently appointed professor in the practice of architecture at Harvard have a fresh opportunity to watch the assembly of her Studio Gang architects’ design of their space-age Vista, a building that screams its readiness for the Internet of Things. Prominently known for ways in which design can improve the ways through which we might best live together, it would be an added innovation, of course, were the new property to provide rentals, and not just ownership options. Still. It’s a triumph, and Gang remains a leading light in the lineage of Zaha Hadid and her bold, transformation-seeking ideals. 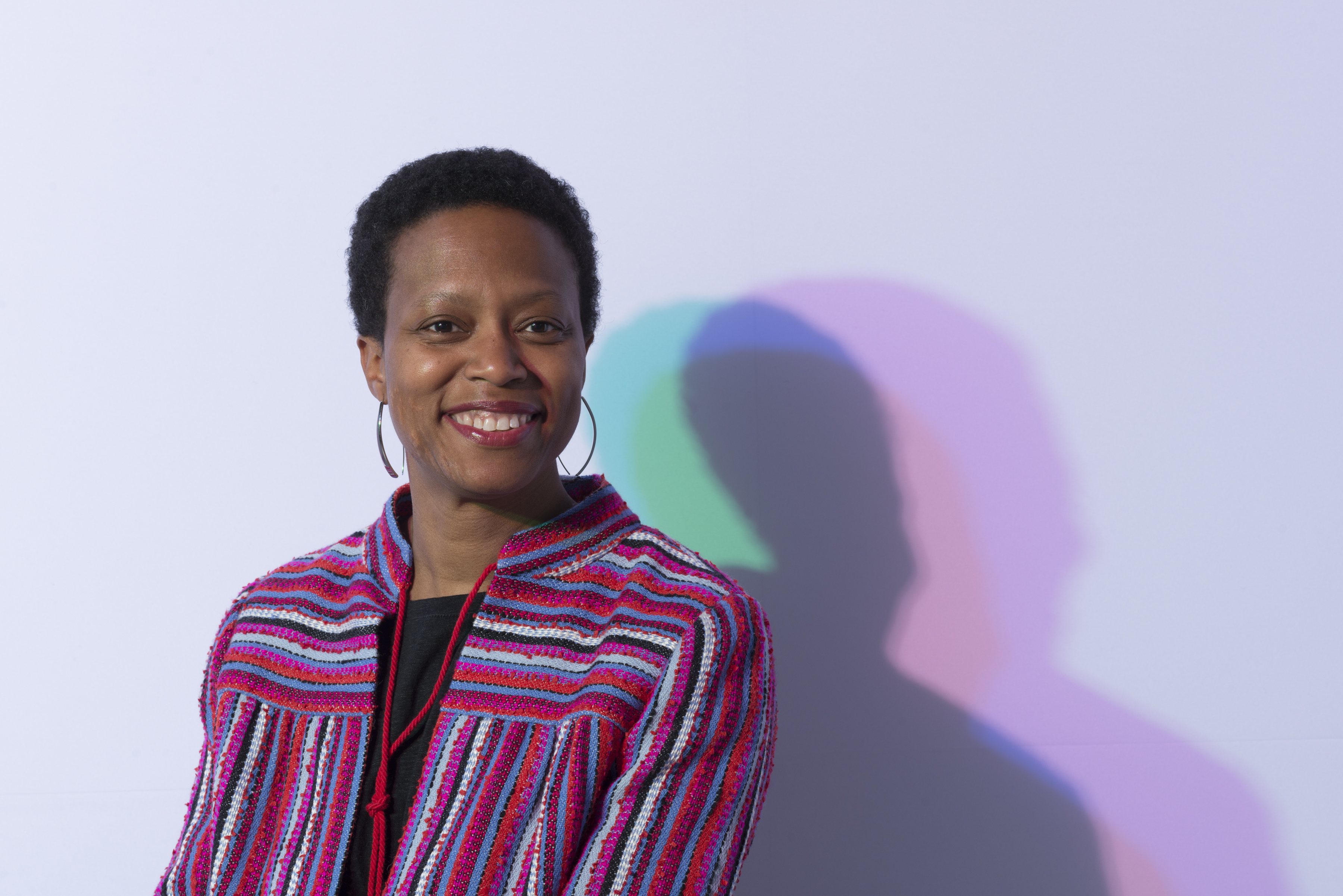 4
Amanda Williams
Artist and Owner, Amanda Williams Studio
Taking over galleries, museums and public spaces around the city with can’t-look-away art, Amanda Williams, part of the design team of the U.S. Pavilion at the 2018 Venice Architecture Biennale, weaves the personal, the social and the political in surprising ways. “It will sound clichéd, but this city inspires me. It’s so thick and layered and rich with problems and potential,” she says. “The commitment that artists, designers, performers and administrators exhibit, whether they’re receiving recognition or not, is motivational. I want to say I was part of a time that was really making things better.” As for herself? “I try to make work that connects the dots between the incomprehensible to the very plausible; Interventions that allow people to re-see and reassess the places and things in their lives that are overlooked and undervalued.”

5
Nick Cave
Designer and Fashion Chair, School of the Art Institute of Chicago
Between sculpture, installation, performance, video, designed objects and fashion, Nick Cave’s work moves across media in fascinating ways. The artist and dancer, who also spearheads the graduate program of the fashion department at SAIC, provides a framework for exploring social and cultural issues. In his case, that includes bright-colored human-like creatures straight out of a surreal fairytale. Part wearable sculptures, part performance extravaganza, part fashion and social statement, his most famous works—his signature, wildly popular Soundsuits that are now more than two decades old—feature feathers and fur, beads, sequins and found materials that even include human hair. Alongside sound, the colorful and whimsical costumes come to life disguising the wearer’s identity, hence eliminating social bias—an homage to individuality beyond gender, class or race. 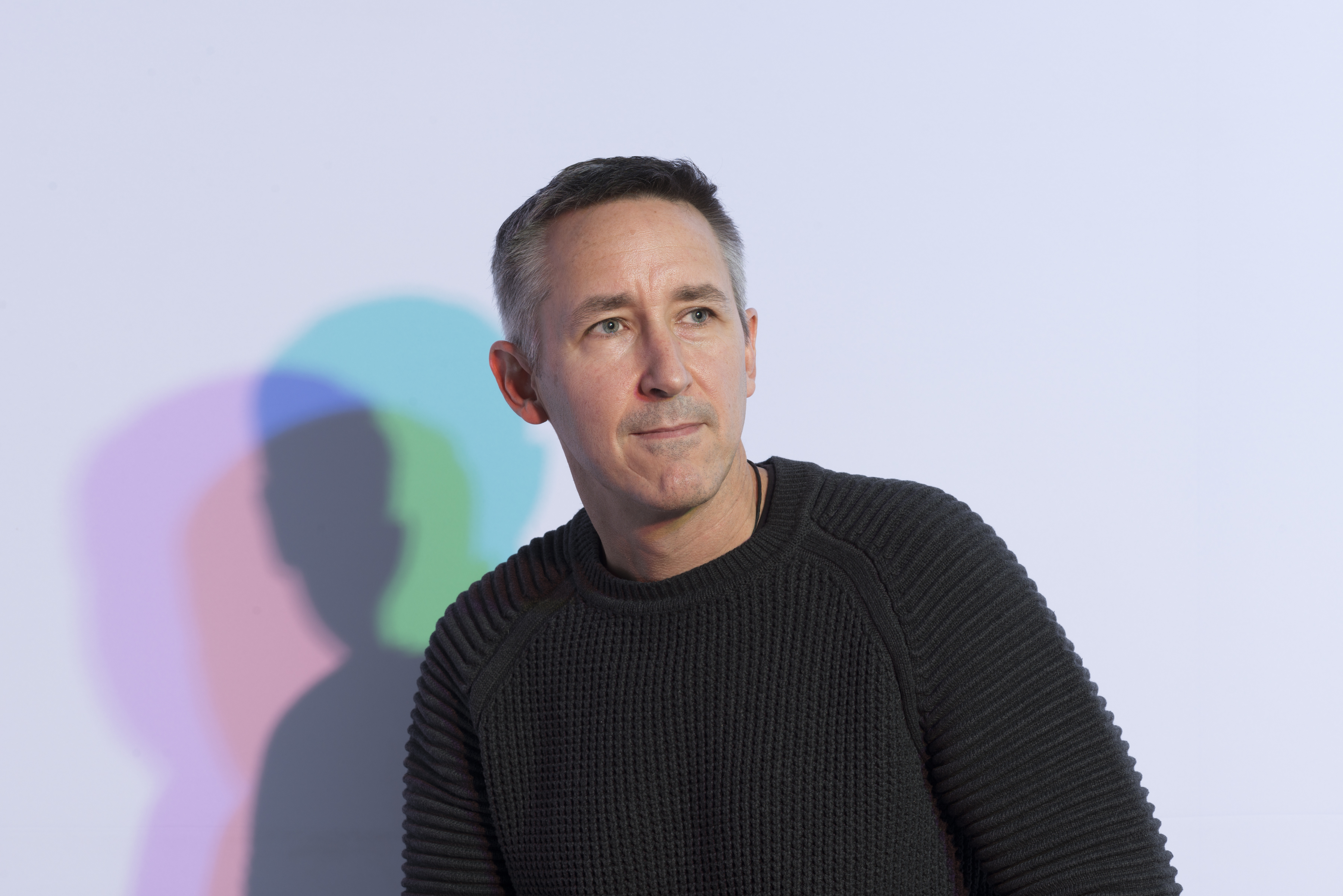 6
Scott Wilson
Founder and Chief Creative Officer, MINIMAL
From concept, design, innovation, to product development and branding, Scott Wilson has one goal: to help entrepreneurs and early-stage companies reach their potential to make meaningful impact in the world. Named one of America’s most influential designers by Fast Company, the former Nike global creative director has a big vision but always pays attention to detail. “Oddly, or not, problems and things that should be better and have been neglected [inspire me]. Seeing opportunities and connecting the dots on how those can be solved is always motivating.”

7
Theaster Gates
Founder and Executive Director, Rebuild Foundation
It may be said of Theaster Gates, as it has been said of certain figures throughout history: he is his own greatest creation. Consider a production typical of Gates’ mode: it might involve a set of physical structures, financed by a consortium, built by a loose coalition of craftspeople, supported by national philanthropy, filled with an archive of vinyl records or books, animated by symposia and casual hangs, and christened by, say, a choral performance. Gates’ genre, other than a relentless generic ambivalence, is what has been termed ethical redevelopment, which supposes that citymaking is a function neither of building form nor of real estate transactions but primarily of goodwill, applied creatively and generously. At close range, Gates’ projects can seem erratic—or, viewed more charitably, oracular—for who can trace a straight line through commercial bookstores, gallery installations, social events, real estate, and racial justice that mark his winding path? But distance affords a clearer view of the contours of an ecosystem that Gates’ Rebuild Foundation has cultivated—an ecosystem in which one project accrues to another’s value and in which the ordinary indignities of lost things, decrepit buildings or forgotten places return to grace through the sustained lift of a creative, if occasionally doctrinaire, optimism of Gates’ advocacy. If he is indeed a designer, he has designed, in his likeness, a way of designing. The only thing more striking than Gates’ ambition is that it succeeds. 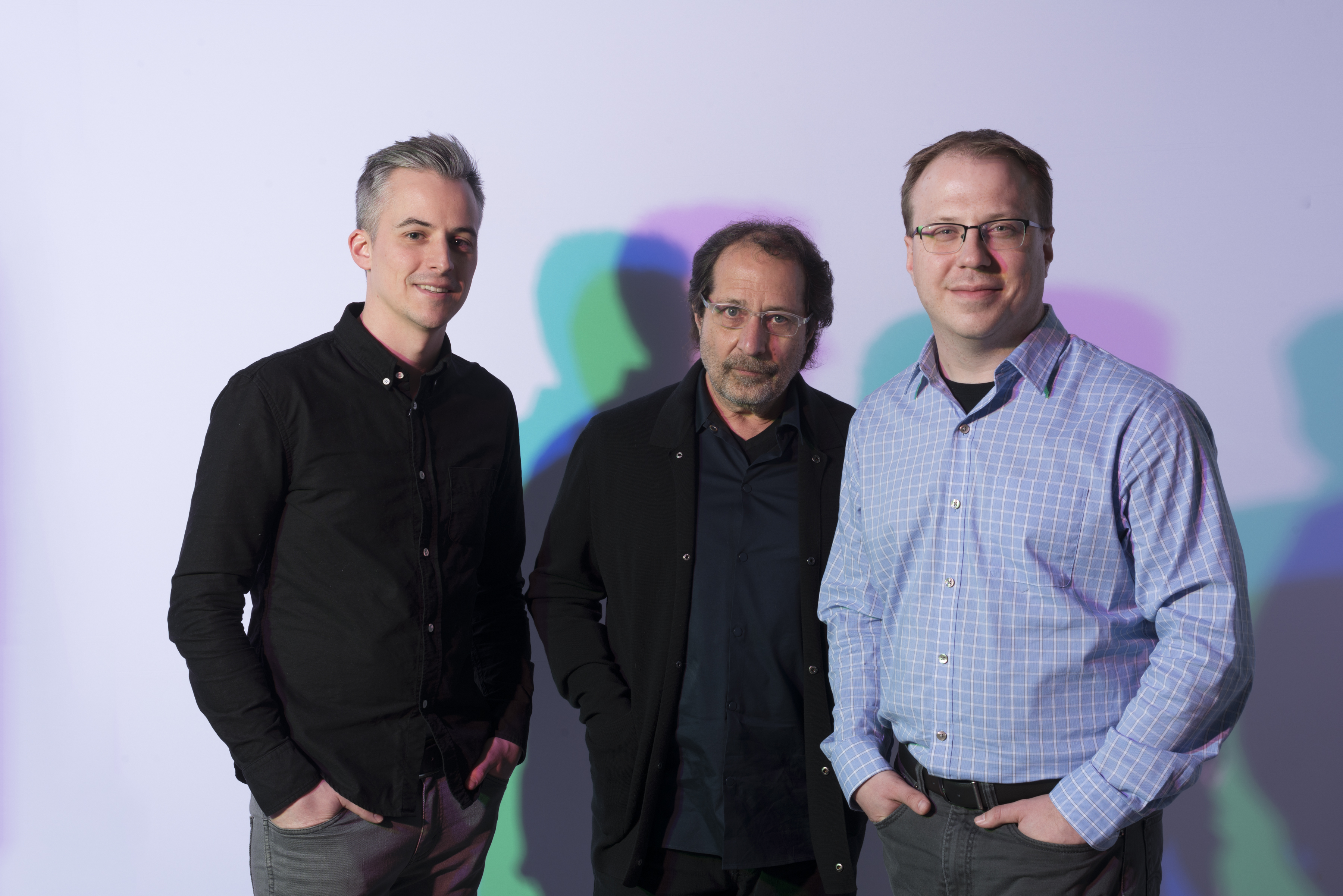 8
Rick Valicenti, John Pobojewski and Bud Rodecker
Graphic Designers and Partners, Thirst
As partners in communication design practice Thirst, Rick Valicenti, John Pobojewski and Bud Rodecker see their task as recovering artifacts of the lived environment. “Every designed artifact we produce sets out to transcend the service it was commissioned to deliver,” says Valicenti. “In our studio, we reward ourselves with a license to explore the edges of vision and imagination. We work to produce compelling keepsake artifacts and experiences grounded in a meticulous time-honored craft while vibrating with today’s current.” Today’s current includes an eye firmly fixed on the future, as the autonomous devices of the “internet of things” produces new challenges. “Tomorrow, graphic designers will be called on to navigate the new technologies and leverage the new innovations around sound-activated interfaces, autonomous transit and machine intelligence. The next renaissance calls on the graphic designer to responsibly lead with even more cool strategic vision and compelling mindfulness.”

9
John Vinci
Architect and Founding Partner, Vinci Hamp Architects
John Vinci has got to be the most authentically Chicago architect practicing today. A graduate of IIT, he has worked on preserving some of Chicago’s most beloved historical buildings, but also on constructing the area’s most striking new private residences. The 2017 release of “John Vinci: Life and Landmarks,” provided a sprawling, deep and intimate retrospective of his work, and all Chicago architecture and design aficionados should read immediately. Vinci’s life is intertwined with Chicago’s urban fabric through architectural work on many of the city’s best buildings as well as personal relationships with many of the architects, engineers, photographers and landscape architects that made the city what it is. 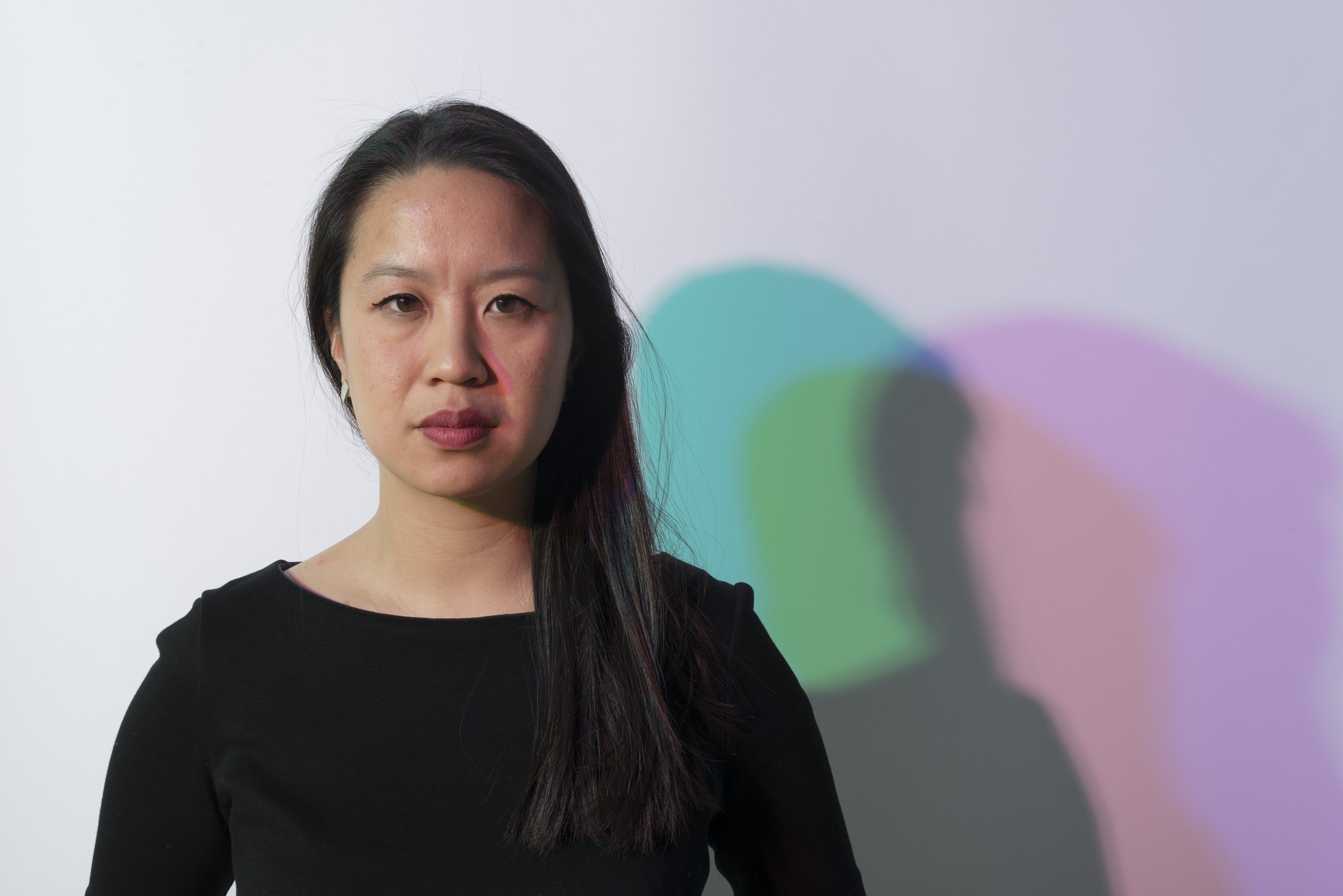 10
Ann Lui
Architect and Founding Partner, Future Firm
A founding partner of Future Firm, a Chicago-based architecture office “interested in the intersections between landscape territories and curatorial experiments,” and focused on how creativity and innovation can radically transform our lived experience, architect and assistant professor at the School of the Art Institute of Chicago, Ann Lui, has a busy year ahead. Serving as co-curator for Dimensions of Citizenship, the exhibition that will represent the United States in the U.S. Pavilion at the 2018 Venice Architecture Biennale, she will bring together architects, landscape architects, artists, designers and thinkers, who try to push creative and sociopolitical boundaries in order to reveal what it means to be a citizen today. As the meaning of citizenship in contemporary society becomes more blurred, this should be quite an undertaking—one worth looking forward to.