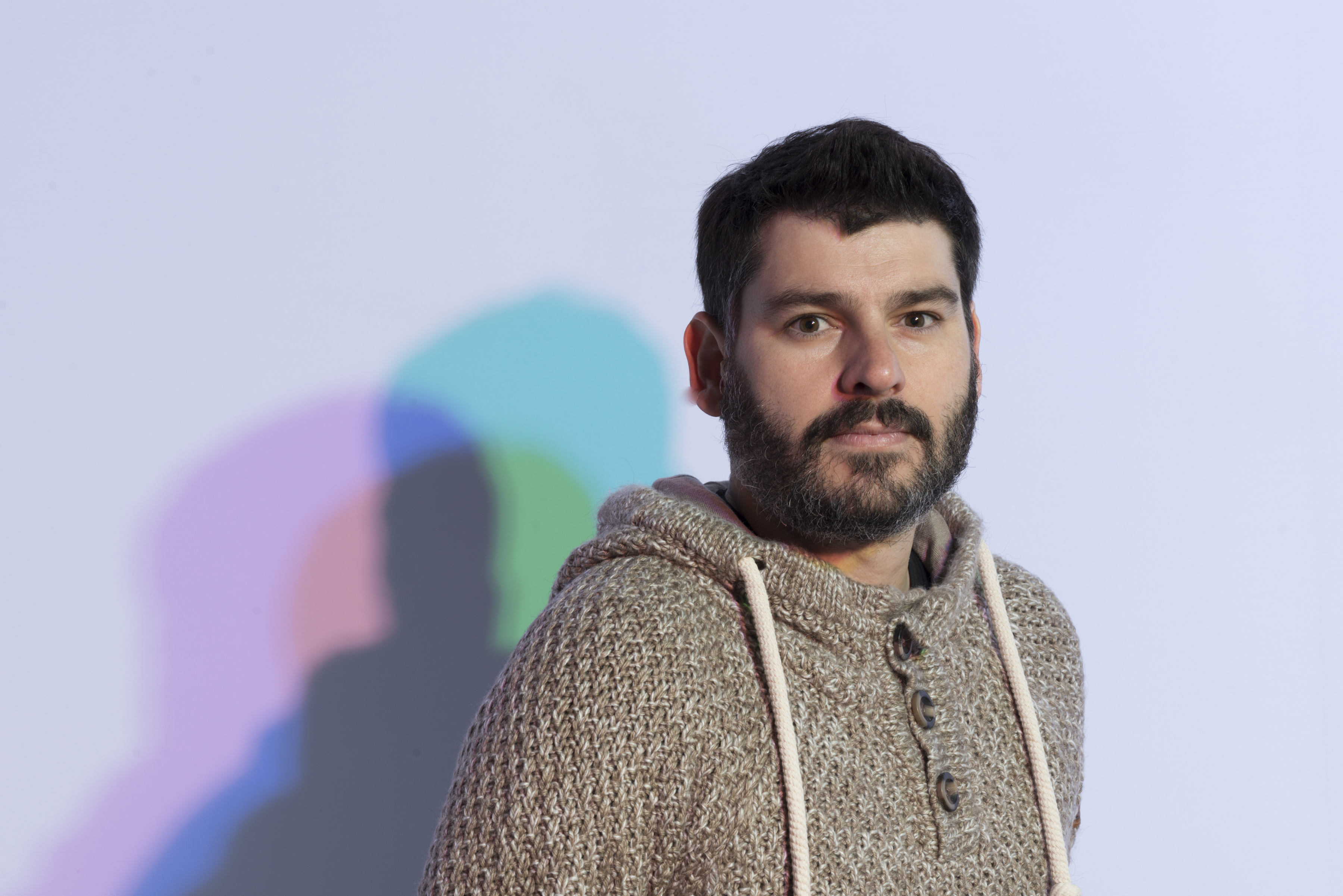 11
Iker Gil
Architect, Urban Designer and Director, MAS Studio
Few entrants on this list show up on both the Newcity Design 50 “thinkers” (odd years) and “makers” (even years) rosters. Iker Gil is the exception. A juggernaut in the Chicago architecture and design community, Iker doggedly pursues big ideas in architecture through his writing, curatorial and academic engagements. One of a team of curators selected to assemble the U. S. Pavilion at the coming Venice Biennale, we look forward to seeing what Iker brings to this politically charged moment for big exhibitions. 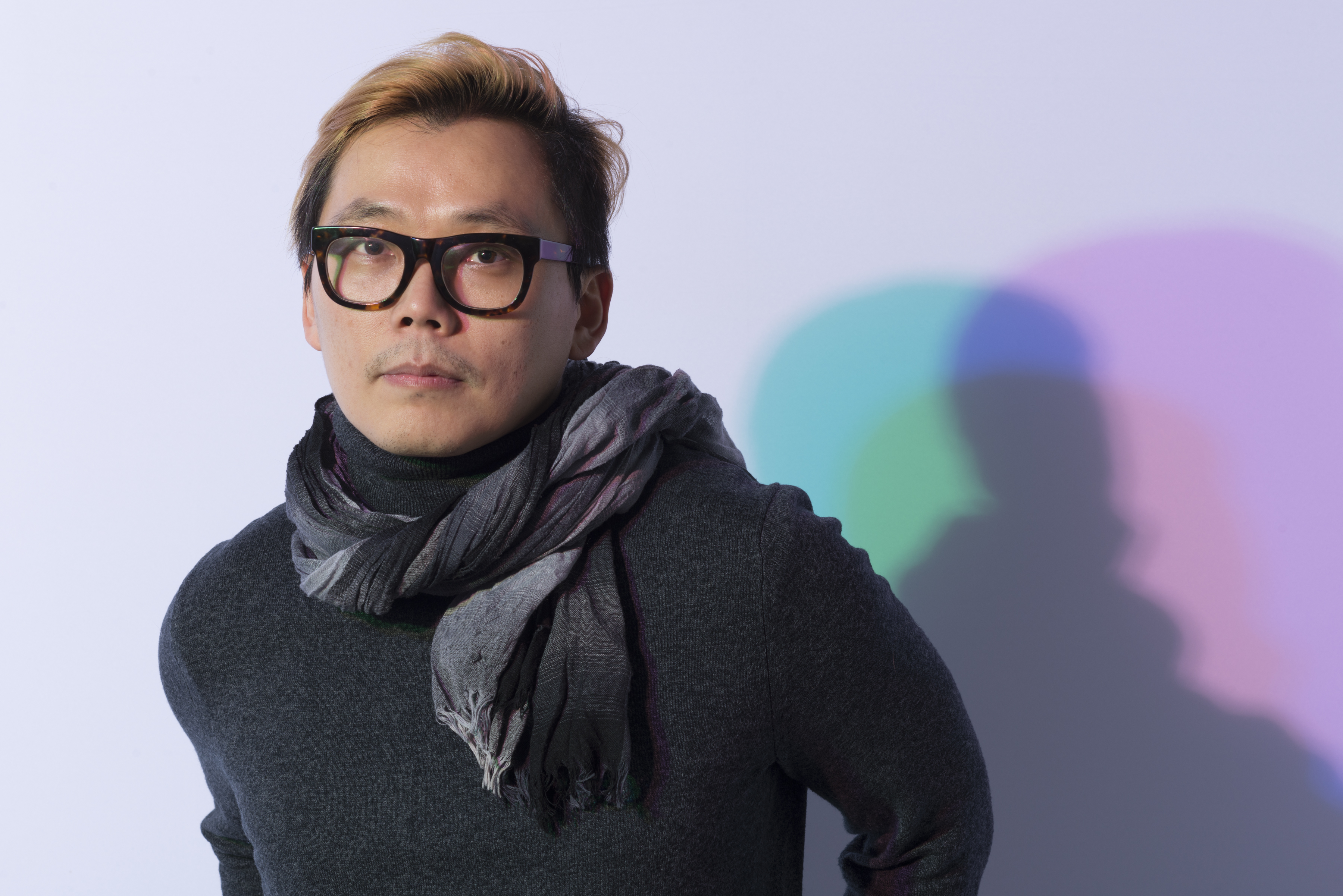 12
Sung Jang
Designer, Sung Jang Laboratory
An assistant professor and director of undergraduate studies of UIC’s Industrial Design program in the School of Design, Sung Jang demonstrates a wide reach, whether producing the MOBI whales installation for EXPO Chicago or working with brands like Louis Vuitton. “My contribution to the field would be in that there are not that many who work in the boundary, sharing borders with, say, the art world, in a way that is not necessarily craft-centric. It makes you question the activities of design, art and craft,” says Jang, who sees the field of design expanding exponentially into adjacent fields. “Designers now make products, services, do businesses, start social movements, make art, make movies etcetera. Over the recent years, we have learned that the way that designers think and approach problems are quite useful in many areas.”

13
Kara Mann
Founder and Creative Director, Kara Mann
Once the brooding doyenne of goth-inspired dungeon chic, Mann has long since emerged into the light of interior-design celebrity. But her darker edge shows in collections that are undergirded by industrial steel, heavy stone and the kind of leather that seduces as effectively in a castle’s grand salon as in the dangerous reaches of its dungeon. Mann’s eponymous studio has, to its credit, captured a hospitality zeitgeist, with hotel interiors across the United States that manage to feel both titillatingly intimate and yet comfortable enough not to spook besuited business guests. In Chicago, Mann’s most confident work can be glimpsed through the hedges of exclusive suburban estates. A solarium in a Lake Forest mansion—part of a charity benefit showcase—demonstrates the uncanny contradictions that form Mann’s vocabulary: a first look reveals a sun-drenched room, clad in light fabrics, anchored by potted plants, and enlivened with a pastoral painting. But a second will uncover a counterpunctual theme: a ceiling fixture of sharp metal spikes suspended on a heavy chain over a tableaux of bunny statuettes—coated in black—unaware of the looming danger above. It’s a perfect visual gag: a room made for light is lighter still with a moment of darkness concealed at its heart. 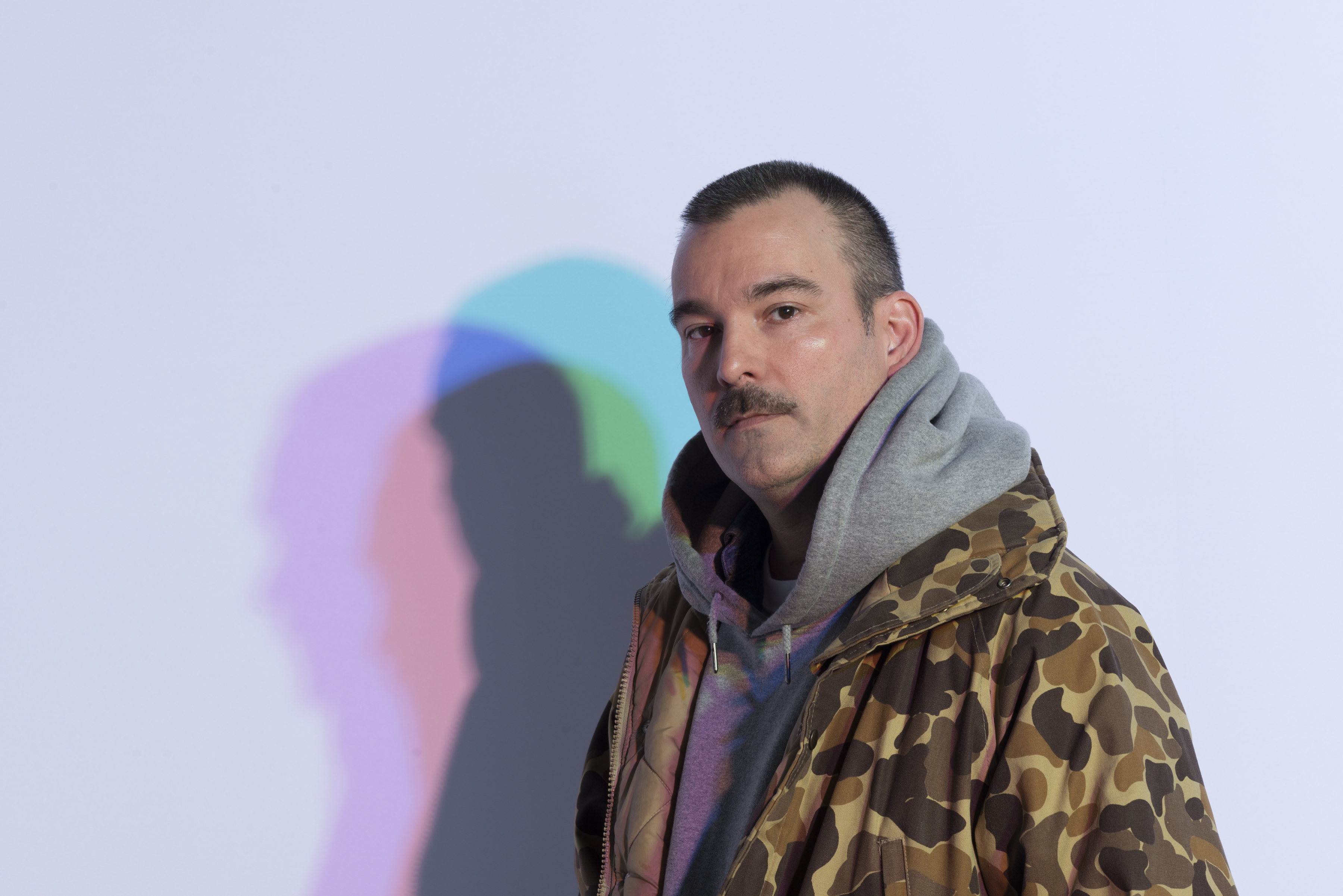 14
Cody Hudson
Designer and Founder, Struggle Inc.
Cody Hudson is an artist, but he’s also a designer and the man behind Struggle Inc.—a company created to feature his commercial design work spanning a range of clients including Nike, Warby Parker, Converse, Slash snowboards and Longman & Eagle. “I would be making work whether people saw it or not,” he says. “It’s a big part of my daily life so I don’t know any different. I’m inspired by everything around me: music, books, art, my family, friends, animals, being outside, having time to breathe, traveling. Whatever is around me tends to work itself into the work, and being away from the studio is always the best way to get me to want to get back to it.”

15
Carol Ross Barney
Architect, Founder and President,  Ross Barney Architects
Many of the entrants on this list have recently won well-deserved accolades, but none was more deserved or better-timed than AIA Chicago’s Lifetime Achievement Award for Carol Ross Barney. The public image of her firm, both in Chicago and beyond, has been immeasurably enhanced with the opening of Chicago’s Riverwalk. Her lifetime achievement award, though, should spur further investigation into past projects, current preoccupations, and what is on the boards in her studio. If history, and a lifetime of achievement, are any indication, her preoccupations and playful ideas today will become Chicago’s tomorrow. 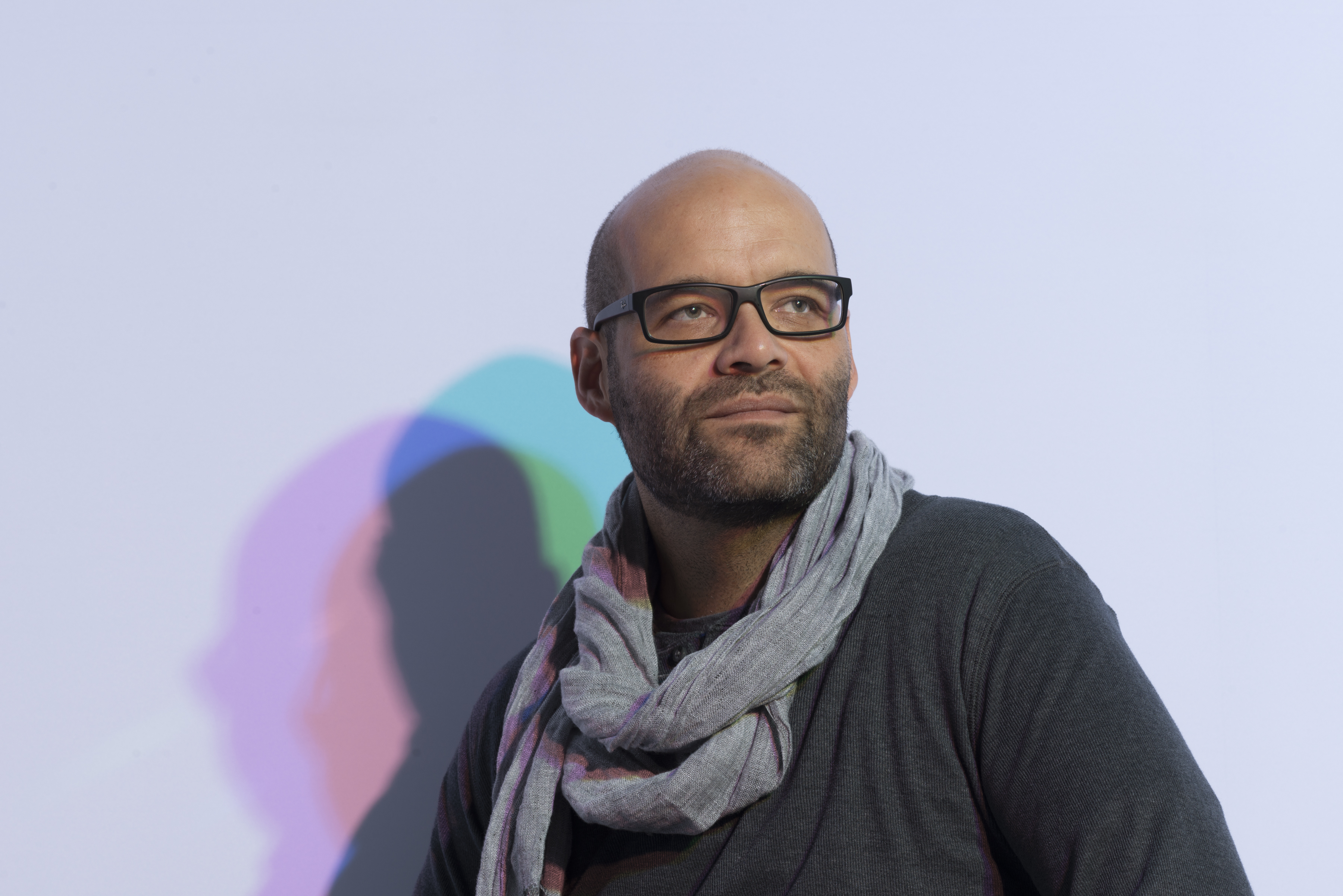 16
Alberto Vélez
Design Studio Director, Holly Hunt
Holly Hunt, the interior furnishings empire—and its adventurous, ambidextrous namesake—is blessed with a sure eye, that organ being of utmost importance in seeking the perfect line, pattern or feeling that will in turn find its way onto the palettes of interior designers. But perhaps Hunt’s most important find isn’t a beautiful object: it’s another pair of eyes that belongs to design director Alberto Vélez. Vélez joined Holly Hunt in 2010 to imagine a stricter and more modern complement to the lush, textured and traditional offerings that dominated her showrooms. One-hundred-and-fifteen densely doodled sketchbooks later (Vélez keeps a precise catalog), the in-house collection accounts for most of the Holly Hunt floor space. People who work with Vélez note both his prolific inventiveness as well as a vast repertoire of references. He recently introduced a collection of outdoor furniture that takes its cues from a Danish strain of midcentury design that relishes curvaceous, zoophilic warmth. Using soft radiuses and subtle tapers that recall sloping hillsides, Vélez drew a collection whose lines encourage a recumbent posture and whose transparency invites contemplation of the landscape beyond. 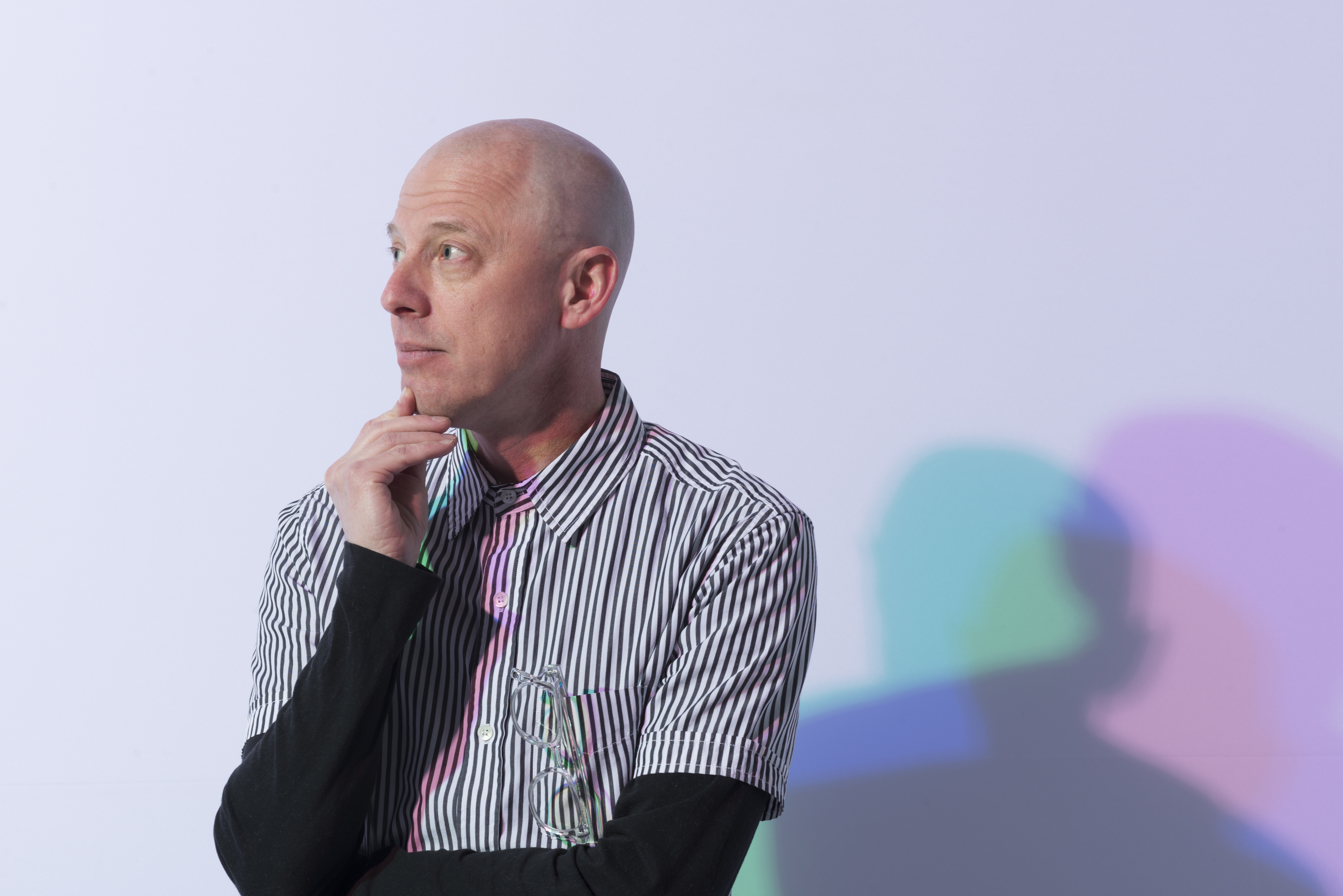 17
Jason Pickleman
Designer and Founder, The JNL; Owner, Lawrence & Clark
What do EXPO Chicago, Millennium Park, iconic taco vendor Big Star, DryHop Brewers and Steppenwolf Theatre have in common? The answer is the JNL, creating graphic design under the direction of designer, artist and gallerist Jason Pickleman. “I love Chicago, and anything I can do to polish the veneer of this city and make it a more attractive and inspiring place to live, or a more desirable place to visit, is what drives me professionally,” he says. “I love walking around town and seeing my work on the sides of buses, on tote bags, on magazine racks, on t-shirts and on billboards. I sometimes see my work in the gutter and in garbage cans, too—an occupational hazard!” For Pickleman, it’s important to be inspired constantly, and nothing fuels his inspiration like Chicago’s creative community—the visual art scene, its music venues, the dance and performance communities. “I go out virtually every night after work to see or hear something.” 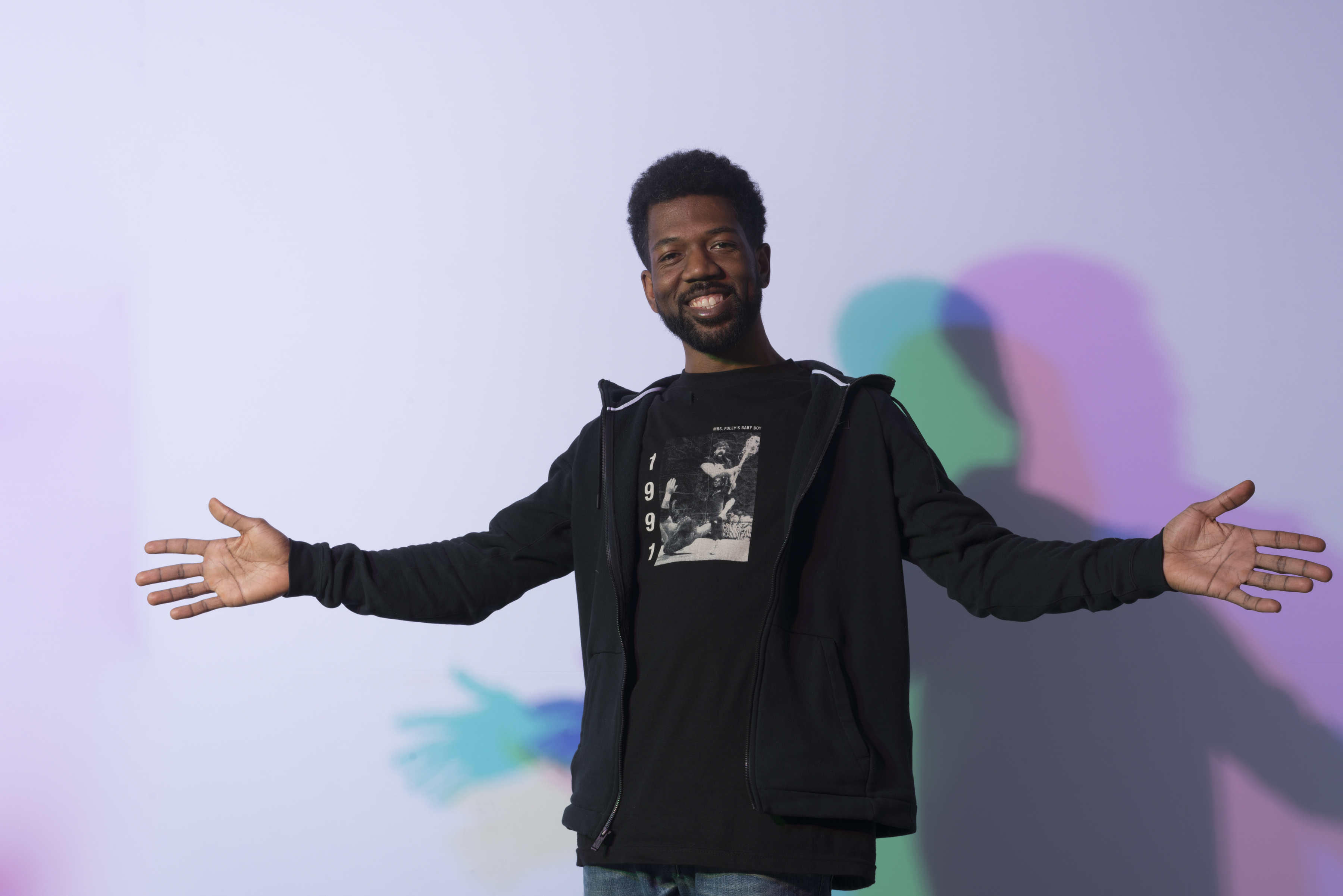 18
Brandon Breaux
Artist and Designer for Chance the Rapper
You may not have heard of Brandon Breaux but you’ve likely seen his creative work in the form of mixtape cover art for one of Chicago’s brightest stars, Chance The Rapper. Between visual art and hip-hop culture, the artist and designer’s mixed-media work spans painting, sculpture, video, digital illustration and print. But his vision moves beyond that: ”Sharing and crafting my perspective on matters of our lives, our planet and our eternities inspires me to continue to make art,” he says. “The type of impact I’m talking about is addressing issues for which I’m passionate about finding solutions: arts education, mental health awareness and economic development in underserved communities are just a few.” 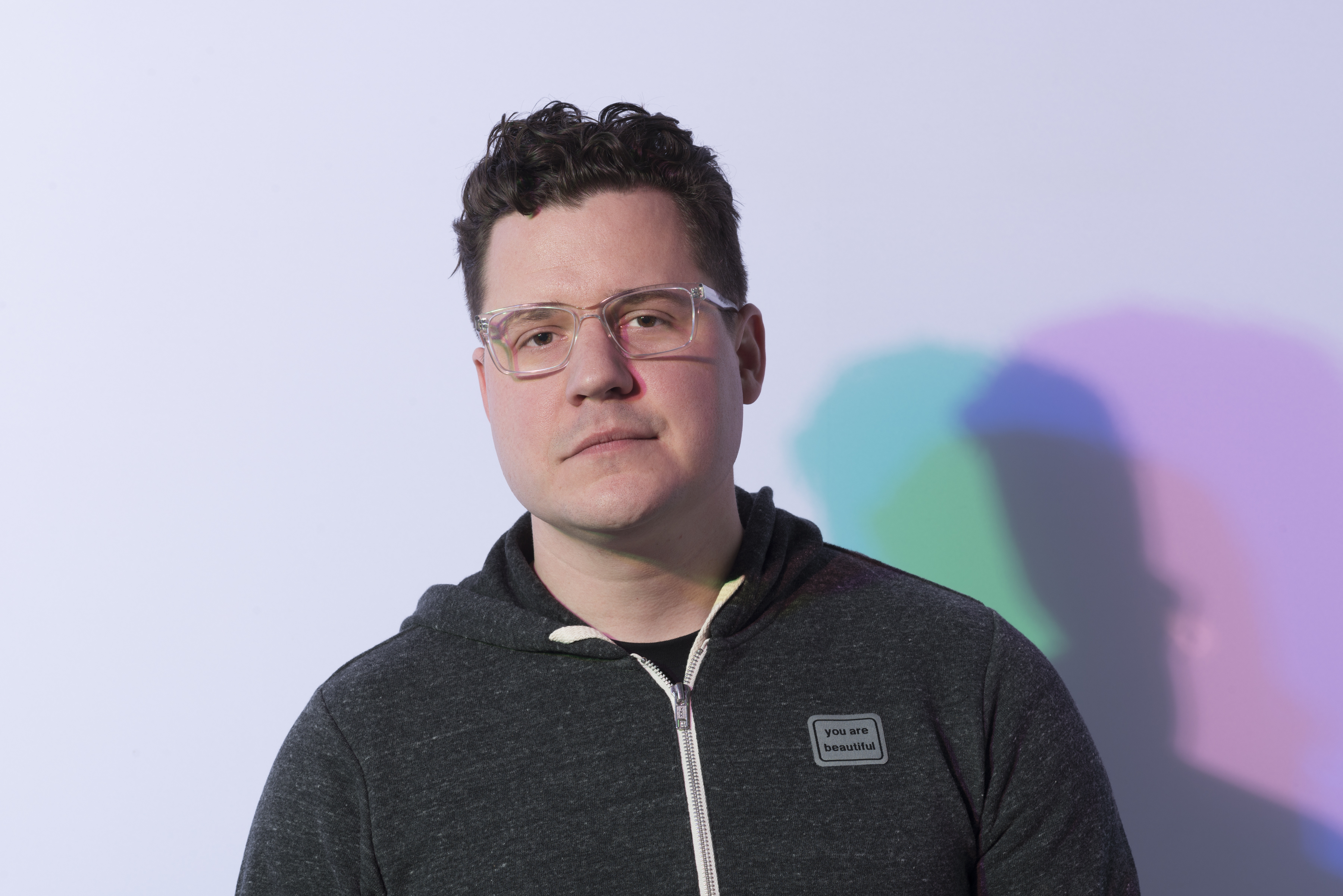 19
Matthew Hoffman
Creator, You Are Beautiful
You are beautiful. Matthew Hoffman should know. The artist, designer and creator of the iconic slogan that appears on stickers, public-scale installations and apparel around the city managed to turn three simple words into a powerful message, one that’s been shared more than three million times. “I always get excited about pushing things further, and pushing myself out of my comfort zone,” he says. “This summer, after working out of my garage for many years, we’re moving into a building and opening a permanent YAB headquarters. My hope is that it will give us a place to develop our ideas, and also act as a public space for collaboration, as we work toward whatever crazy thing is next. I can’t wait.”

20
Jason M. Peterson
Photographer and Chairman and Chief Creative Officer, Havas
Jason Peterson used to design hardcore punk-rock record covers and show flyers. Fast forward to today, and the photographer, social media influencer and advertising executive is now working with some of the biggest brands by day, and cultivating an enormous Instagram network by night with 1.1 million followers and growing. How he did it? “Be humble and be your own harshest critic,” he says. “Being a creative is much like being a pro athlete. Pro athletes need to work out everyday to be the absolute best. Creatives need to do the same—make stuff regularly—so their creative mind is always ready for game day.”