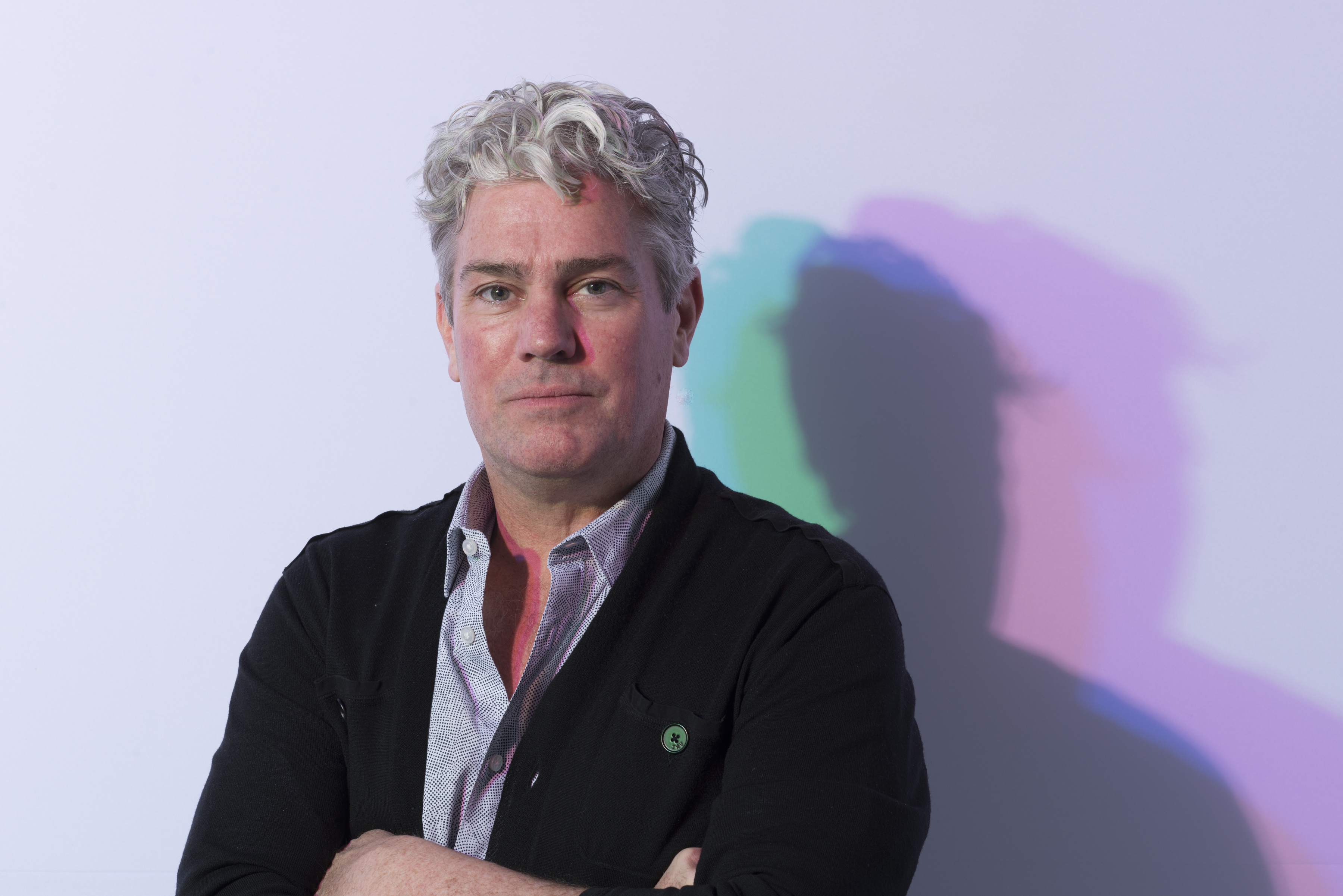 21
John Ronan
Architect and Founding Principal, John Ronan Architects
John Ronan embodies the id and the ego of the master architect that figures like Mies, Alfred Caldwell and Myron Goldsmith etched deeply into the psyche of both the city of Chicago and the Illinois Institute of Technology, where Ronan has taught since 1992. The singular designer behind his eponymous firm’s oeuvre, Ronan has pursued perfection in detail and space through many public and private projects, including the acclaimed Poetry Foundation and the Gary Comer Youth Center. His preference for quiet yet meaningful spaces constructed through classic modernist elements of proportion, procession and purposeful use of materials and details has led to some of the city’s best buildings. 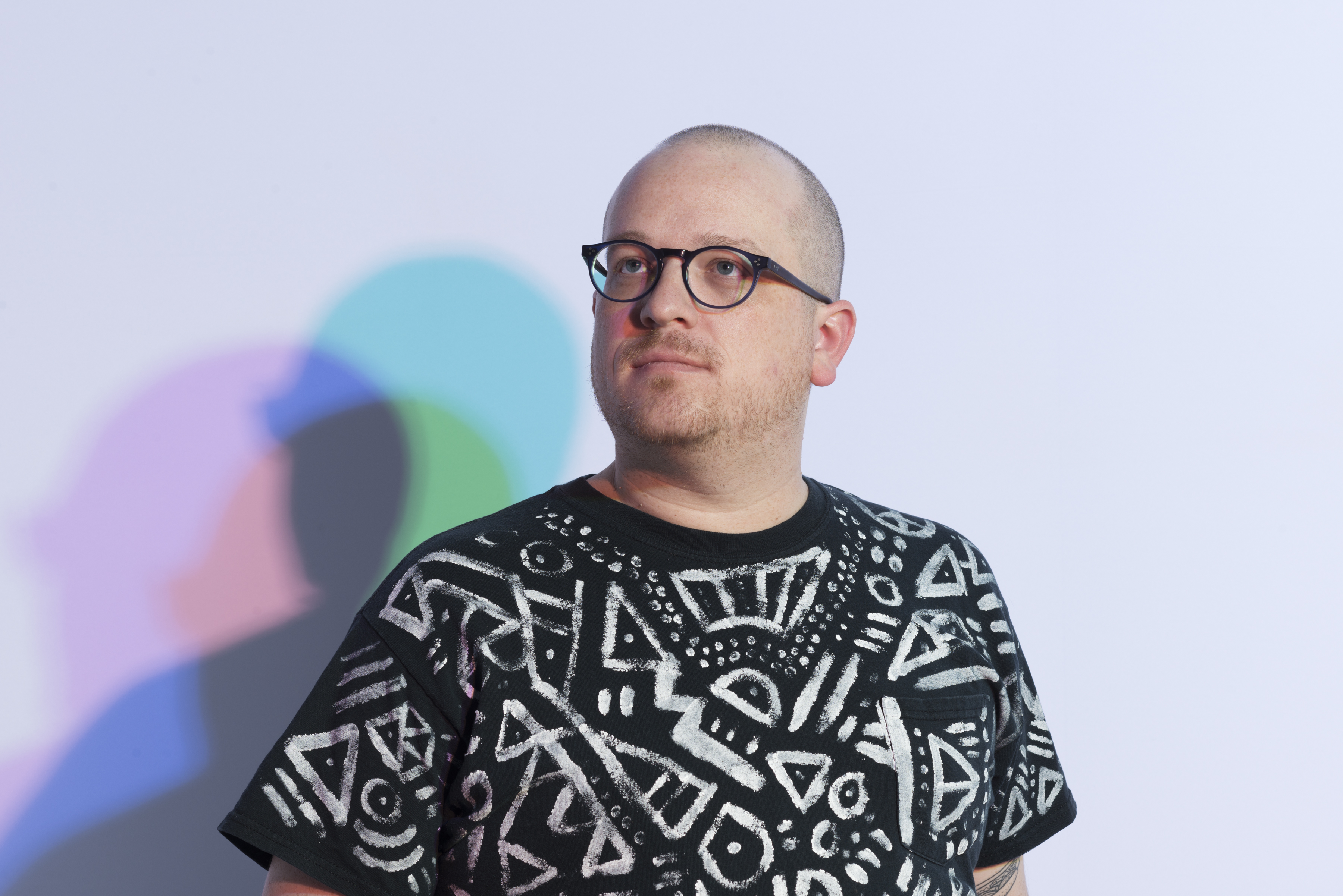 22
Tanner Woodford
Executive Director and Founder, Chicago Design Museum
“What’s Worth Preserving?” a personal project from Chicago Design Museum founder and executive director Tanner Woodford, provides sixty handwritten answers to the perennial question in the form of a book he designed, kickstarted and produced. Though he keeps up an active practice as a designer and artist working on projects such as this one, his biggest contribution to the city’s cultural life is the museum where he’s produced a resource—available free daily for the general public—to learn the history and present state of design. “Design is embedded categorically in every aspect of Chicagoans’ lives, and has been historically. Burnham’s 1909 ‘Plan of Chicago’ or the 1893 World’s Columbian Exposition are often heralded as the genesis of Chicago design,” Woodford says. “But I take a more holistic approach, believing that neither would have been possible without a foundation that recognized the importance of design and paved the way for visionaries to make a statement.” Woodford also envisions the museum as growing into a resource for working designers, and hopes the museum’s work to foster it can have positive sociopolitical effects: “We are at an apex, with post-truth politics overshadowing progress and productivity. Simultaneously, as citizens and designers, we are more connected now than ever.” 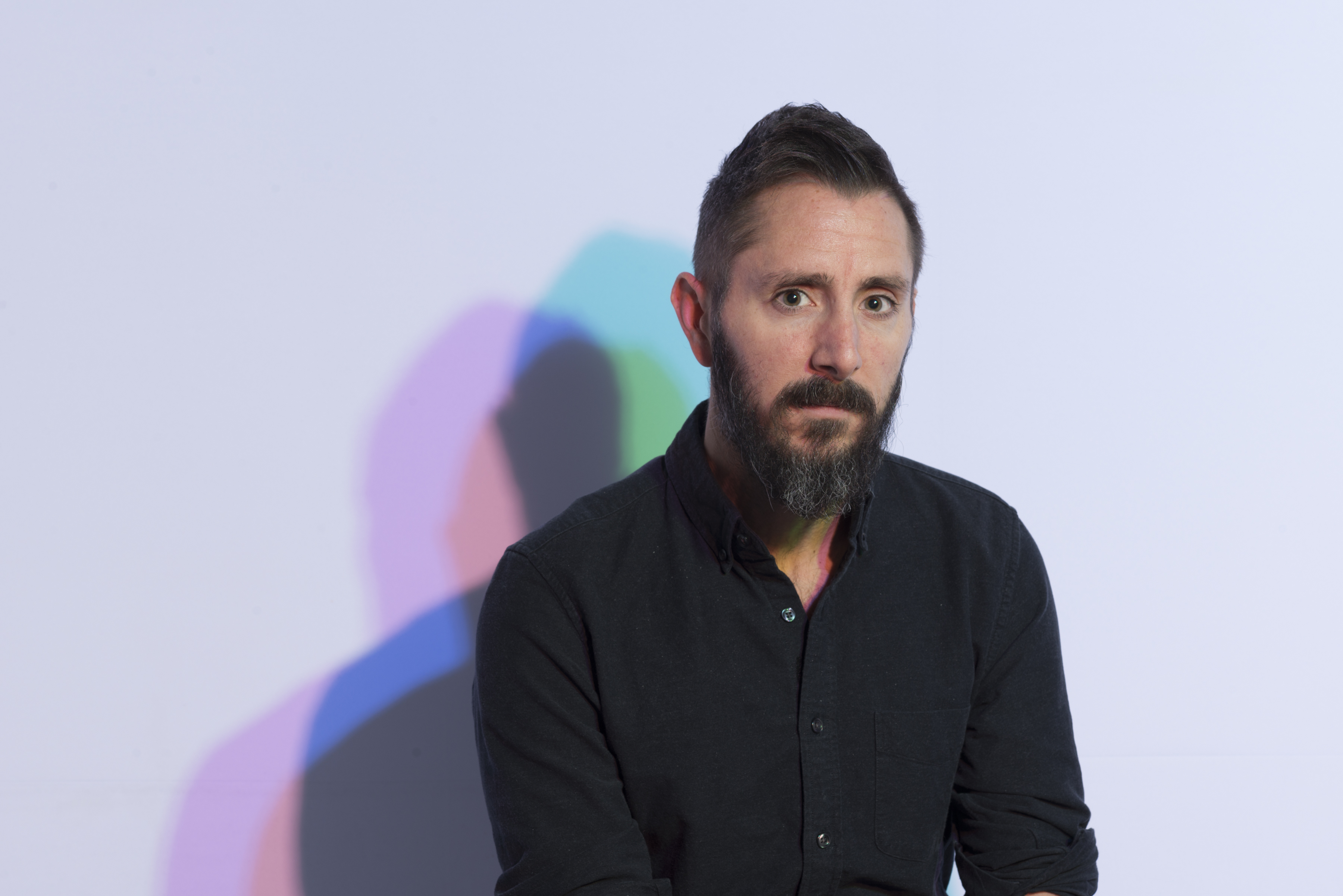 23
Dawn Hancock and Will Miller
Partners, Firebelly Design
Firebelly founder Dawn Hancock, working with partner Will Miller, sees the mission of the design studio as essentially social, with a long track record to back it up. “One of the things I love so much about the work we do is that it feels integrated into our city.” For their team, that means developing systems they’ve been perfecting as part of their design research process over the years. “We’re pushing ourselves to create more experiential brands than ever before. Not just brands that touch all the different channels, but by building systems that flex and evolve with the users and client team. And as we build these brand systems, we are also challenging ourselves with much more engaging digital experiences.” 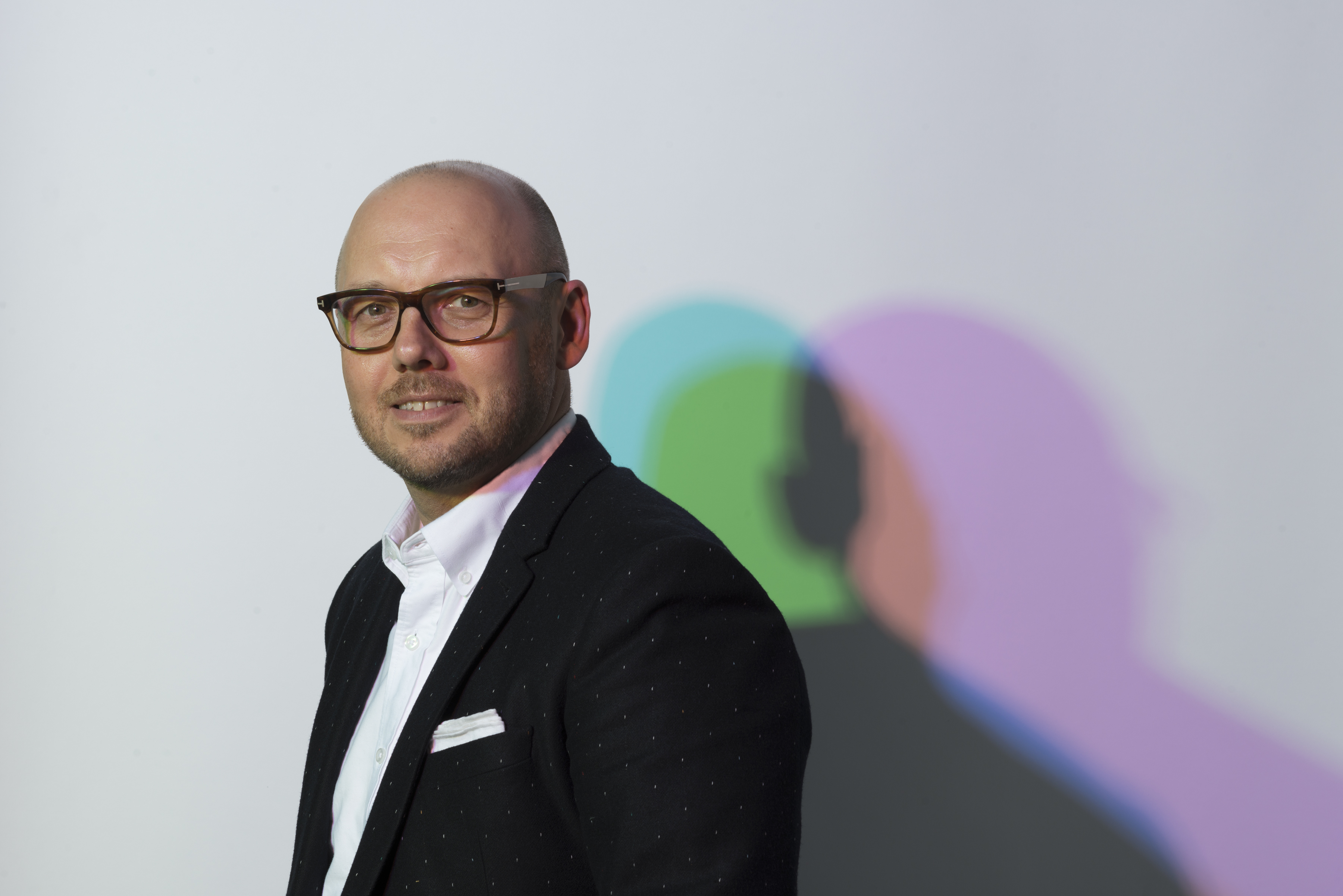 24
Todd Heiser
Co-Creative Director and Principal, Gensler
At Gensler, Todd Heiser’s diet is predictably omnivorous: a leading interior architect, he has worked on neon-hued incubators for millennial hipsterpreneurs as well as spaces intended for unironic adulting. But the project that makes Heiser an elder among his tribe is the new headquarters of the International Interior Design Association (IIDA), which recently moved from the Merchandise Mart to a building with a Mies pedigree. To design for another designer is one thing; to design for 15,000 of them is quite another. The space, overlooking Michigan Avenue and the Chicago River, offers a lesson in organizational micropolitics via a lesson in the use of scale. Heiser’s big gestures are subtractive: all obstacles are removed so as to retain focus on the floor-to-ceiling Miesian windows and his waffle-like ceiling form—after all, no one will argue with modernism’s master. This pure vessel is then filled in by exceedingly small things: intimate, idiosyncratic, patinated with personal use. Yet the combination is surprising not in how it mediates between the grand and the trivial, nor in how slyly it deflects professional nitpickers, but, ultimately, in how friendly it can feel: not as a report to a learned society but a conversation among new friends. 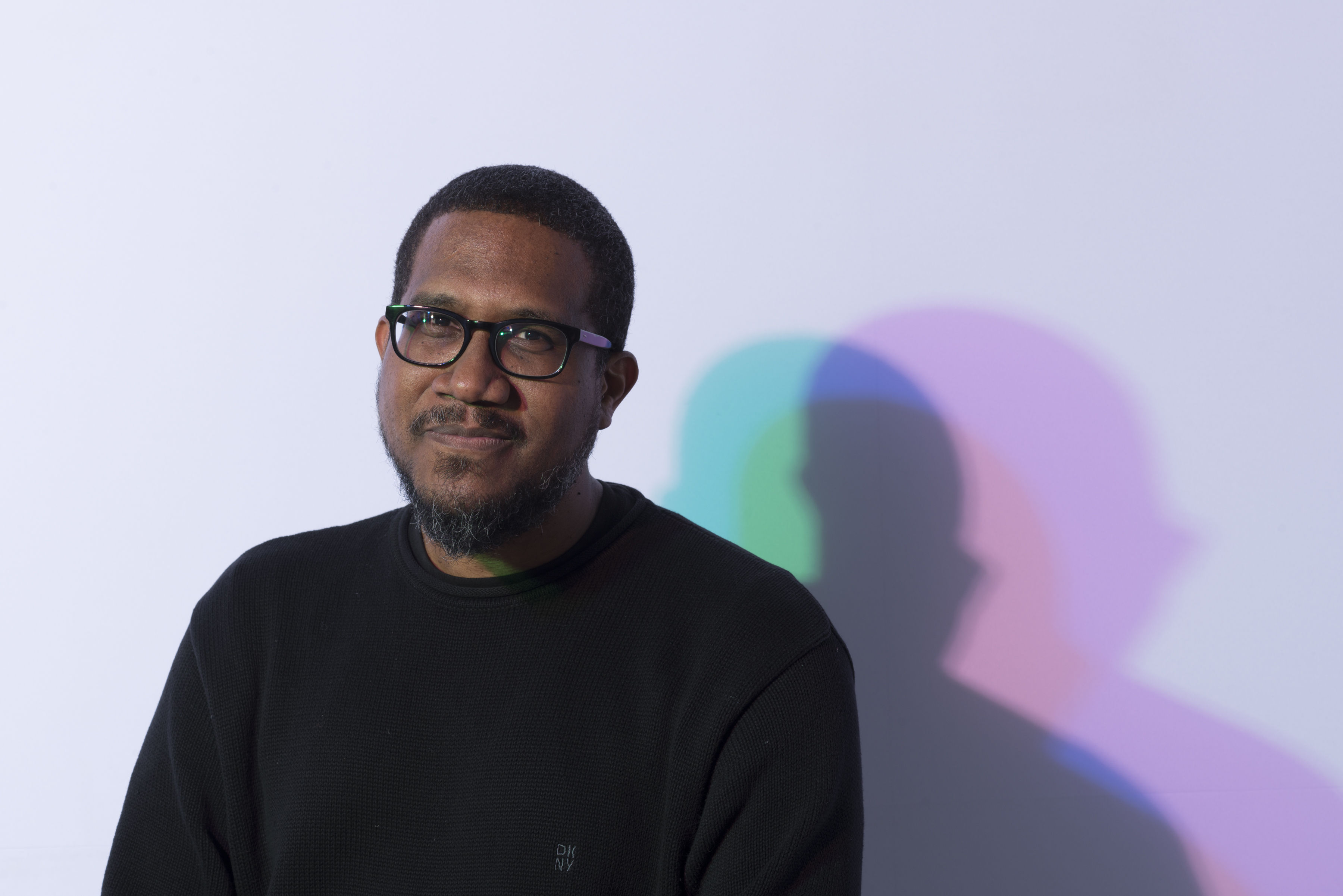 25
Andres L. Hernandez
Artist and  Exhibitor, 2018 Venice Biennale
Part of the team for Dimensions of Citizenship, the exhibition that will represent the United States in the U.S. Pavilion at the 2018 Venice Architecture Biennale, artist, designer, educator and co-founder of Revival Arts Collective, a network of citizen activists to bring change in community re-development through art and culture, Andres L. Hernandez stays busy. “In addition to making more imaginative, inspiring and thoughtful work, I hope to collaborate with others to envision and create spaces that make Chicago a better place for all of its residents,” he says. “The refreshing inventiveness and creative activism of youth and everyday citizens challenges my understanding of what our world could be, and I am forever motivated by, inspired and grateful for that.” 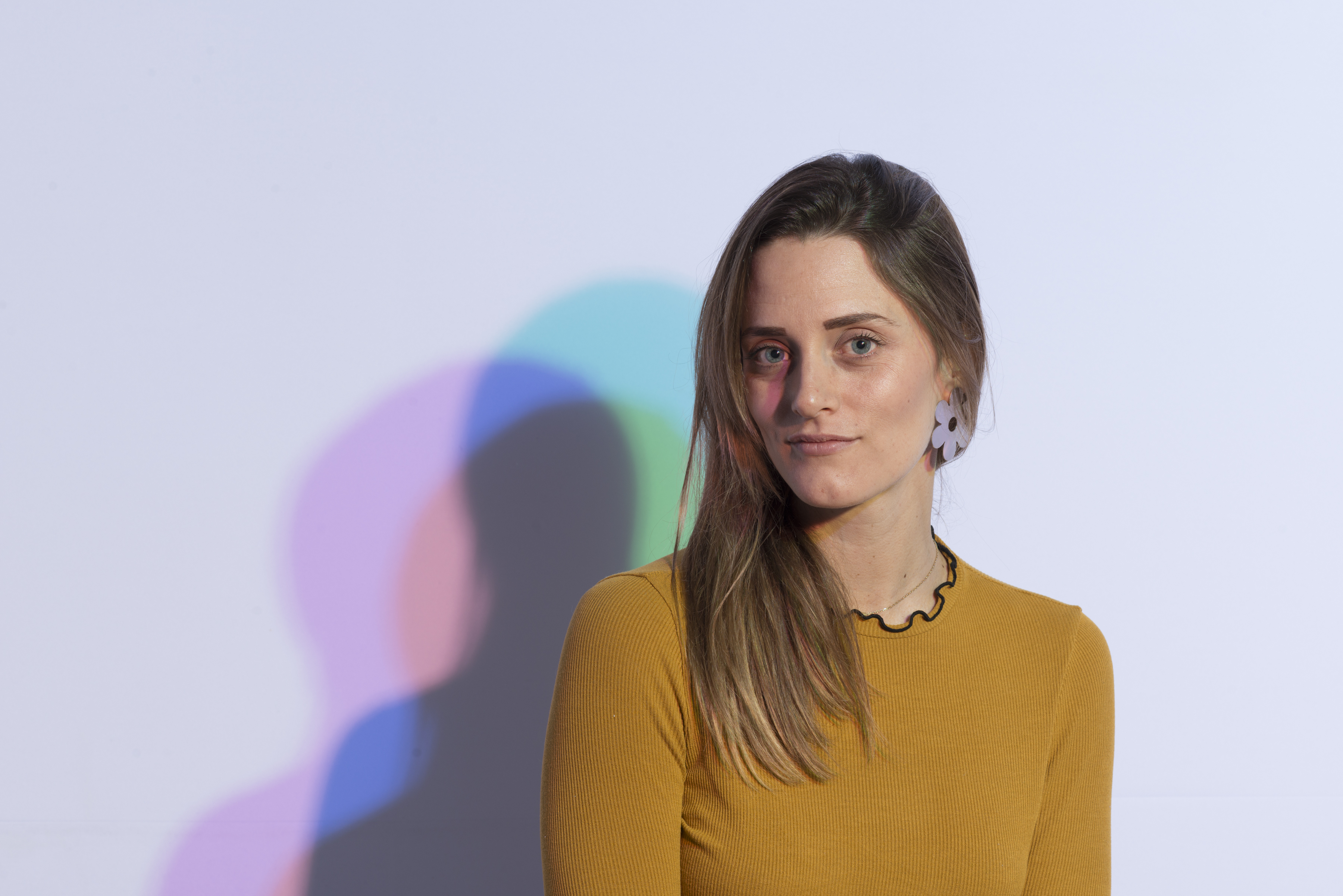 26
Meghan Lorenz
Jewelry Designer, Cities in Dust
One of the most recognizable names in local jewelry design, Meghan Lorenz is selling wholesale nationally and internationally, as well as in such high-profile local spots as the MCA gift shop. She has recently started working with gold, and to incorporate fine jewelry in her arsenal. Her first hit? The “dagger cuff” bracelet. Her latest work is a bit more playful: featuring large brass daisies and an array of stones, it was inspired by “the moment when the 1990s imitated the 1960s,” says the designer.  “The daisy collection is me revisiting my younger, bright-eyed self.”

27
Maria Pinto
Fashion Designer and Founder, Maria Pinto
“I have, of course, been tremendously fortunate to have very visible women like the First Lady Michelle Obama and Oprah Winfrey wear my collection, but that can only get you so far,” says fashion designer Maria Pinto, who launched her latest line, M2057, with Kickstarter. After an overwhelming response to her crowdsourcing campaign, Pinto opened an M2057 Style Studio in the West Loop in 2015, and has gathered victories ever since: A celebration of her twenty-fifth career anniversary with a retrospective at Chicago’s City Gallery at the historic Water Tower; a capsule collection inspired by the work of architect Jeanne Gang on the occasion of the 2015 Architecture Biennial, recently acquired by the Chicago History Museum; an honorary doctorate from her alma mater, the School of the Art Institute of Chicago; pop-ups across the country… the list goes on. 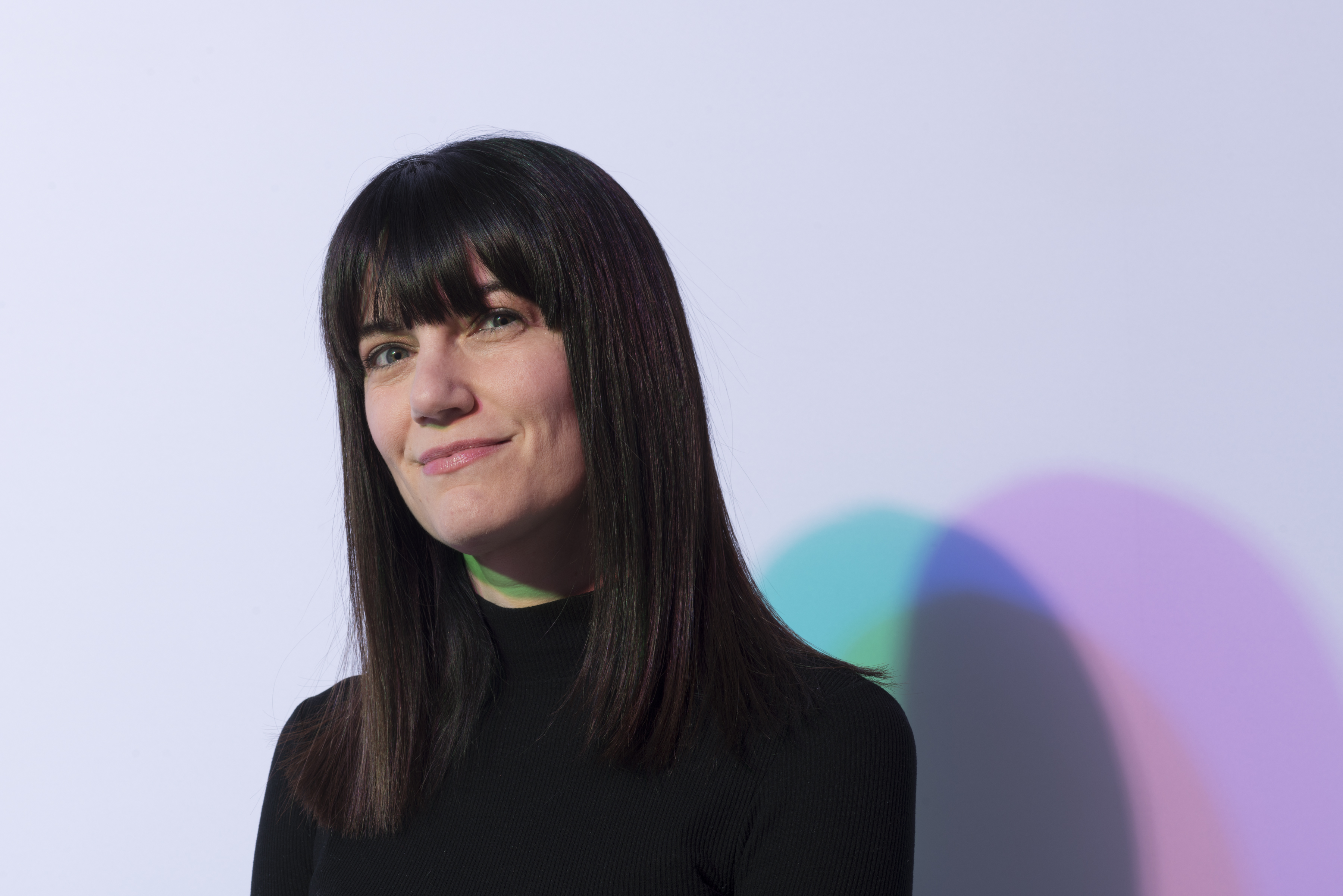 28
Alisa Wolfson
Executive Vice President Head of Design, Leo Burnett
A lot has changed since 2008, when Alisa Wolfson first joined Leo Burnett as a freelancer. Now head of the worldwide agency’s in-house design department, she has learned a lot along the way but keeps at it. “As I get older, my curiosity about everything has accelerated and keeps me moving.” she says. “I also have a young daughter—she keeps my eyes and my mind open wide, excited and balanced.” Interested in creating opportunities for people to experience and shape the city—she calls Chicago “a wonderful mess of beautiful ideas, people, art, design and culture”—Wolfson strives to make greatness happen. 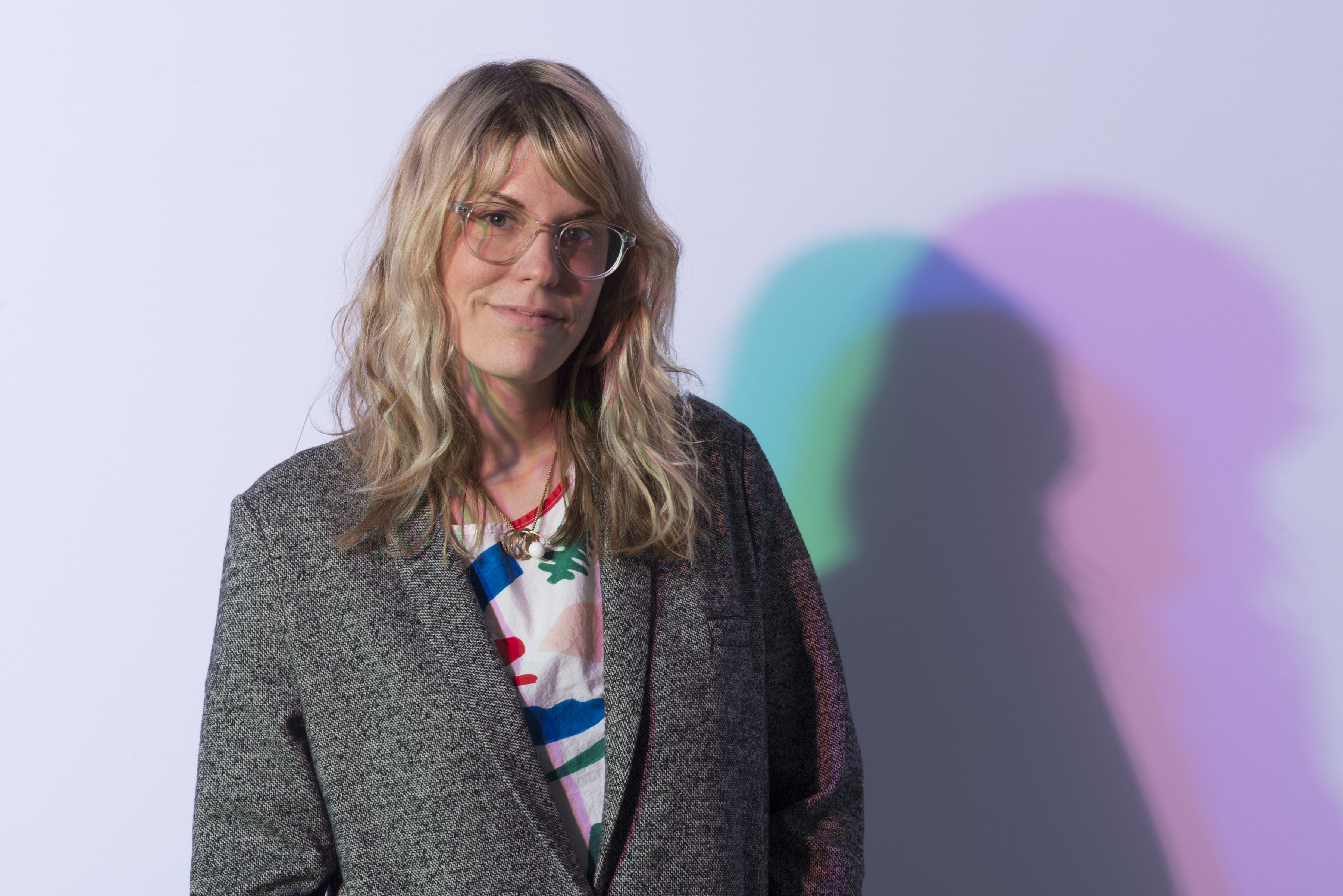 29
Dee Clements
Founder and Creative Director, Studio Herron
Between art, craft and design, Studio Herron is a weaving studio and textile brand which blends traditional craft methodologies with modern aesthetic sensibilities. Dee Clements—part artist, part designer, part entrepreneur—is the woman behind it. “I view textiles as an ever-changing and flexible way to examine the emotional side of products, ask questions that investigate ideas of well-being,” she says. “We are living in a time when so many of the goods we buy for ourselves, our families and our homes are commodified to a point that they reduce the well-being of a human or an agricultural structure,” she adds, hoping that in some small way, her work will make a big difference. 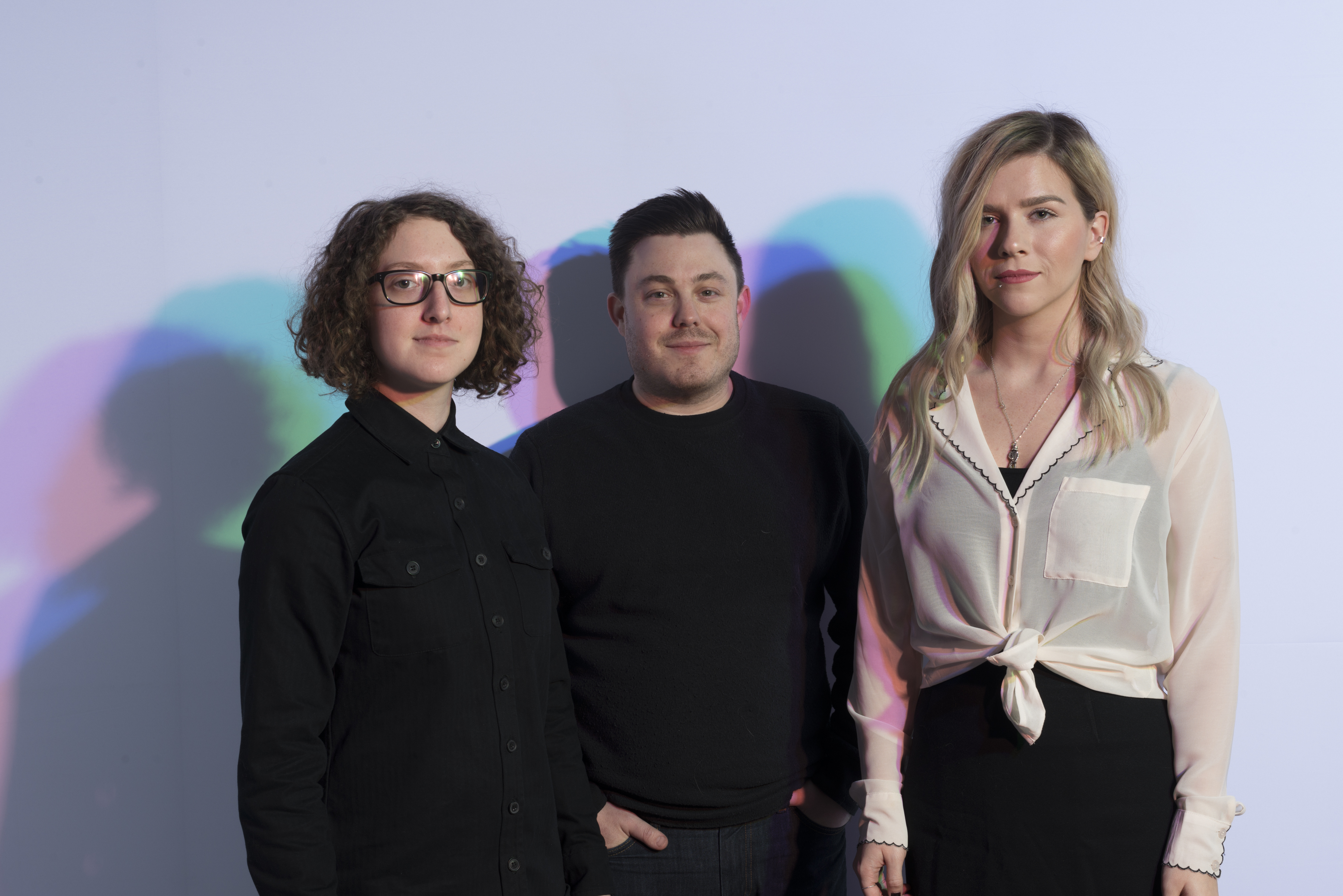 30
Max Temkin, Lauren Gallagher and Sarah Gardner
Co-Founder (Temkin) and Lead Designers (Gallagher and Gardner), Cards Against Humanity
Beginning as a Kickstarter project and triggering contagious laughter ever since, Cards Against Humanity is a self-proclaimed “party game for horrible people.” But the people behind the game are not horrible at all. Instead, co-founder Max Temkin and lead designers Lauren Gallagher and Sarah Gardner are hard-working and inspiring creators. “Designing for comedy isn’t a very common career path, so that unknown territory and constant exploration keeps me motivated,” says Gallagher. “There’s usually like a year of planning and iteration backing up our stunts and jokes. And it’s really thrilling to get to share that with people,” adds Temkin. As for Gardner’s words, they pretty much sum up the philosophy of the game itself. “Be your own advocate,” she says, “Opportunities will never be handed to you unless you ask for them. People will only recognize your talent if you make them.”