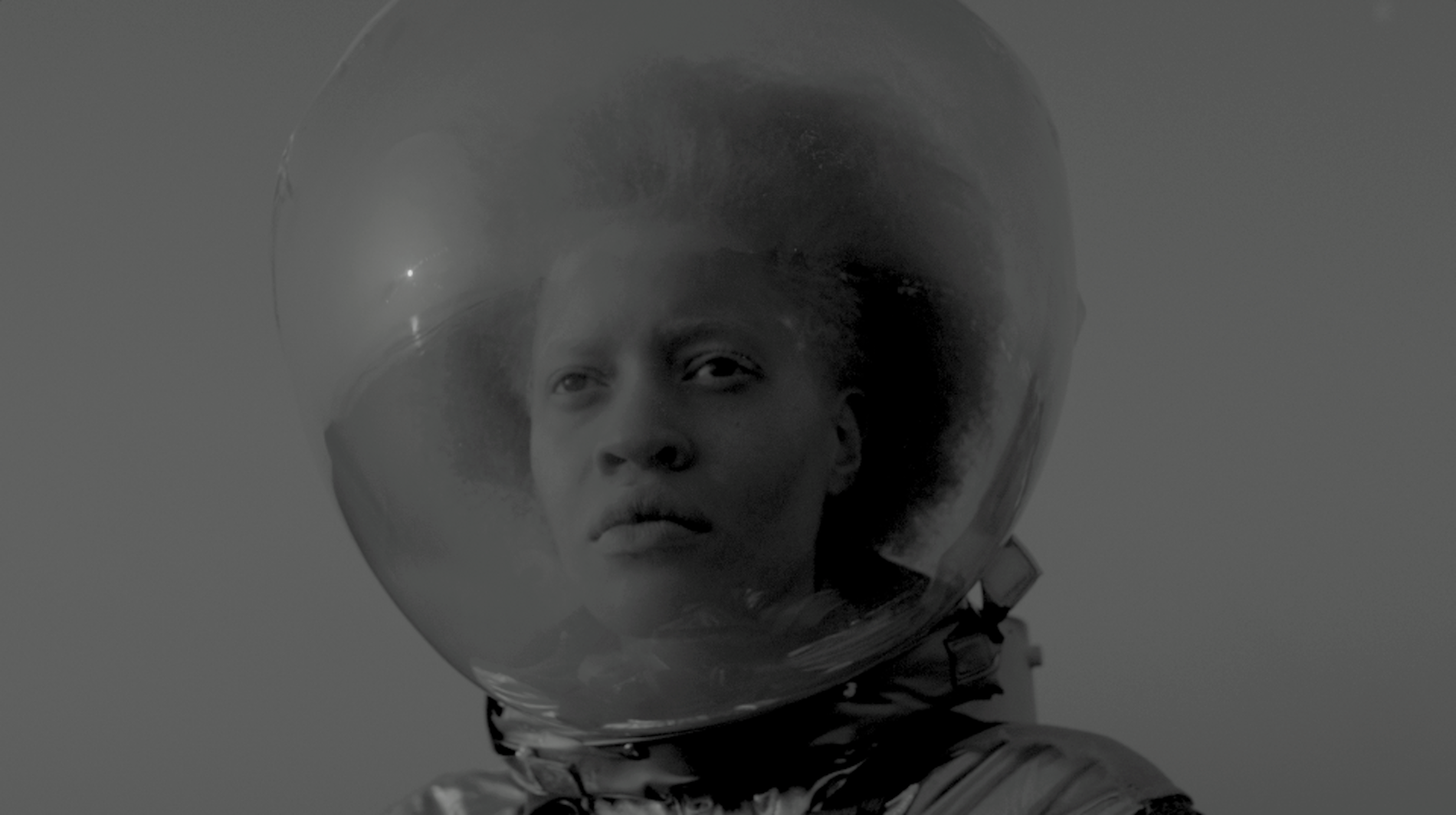 Niall Atkinson agrees that it’s hard to imagine a theme more pointedly topical than this year’s official U.S. entry in the Sixteenth Mostra di Architettura di Venezia (2018 Venice Architecture Biennale): “Dimensions of Citizenship.” According to its mission statement, the exhibition  presents “works by architects, landscape architects, designers, artists and thinkers who are responding to today’s shifting modes of citizenship, and putting forth visions of future ways of belonging.” As one of the exhibit’s co-curators, Atkinson notes that it is probably not what you would expect when you realize that the theme for the exhibit is chosen by officials at the U.S. State Department.

It’s worth remembering that at the time a group from the School of the Art Institute of Chicago approached Atkinson about partnering on the project, in the summer and fall of 2016, everyone’s political assumptions were—naively, heartbreakingly—optimistic about the next presidential administration’s receptivity to new and challenging ideas. Which is why it’s surprising that, while the application process began in the fall of 2016 under the Obama umbrella, the State Department announced its decision in August 2017—well into the current regime. 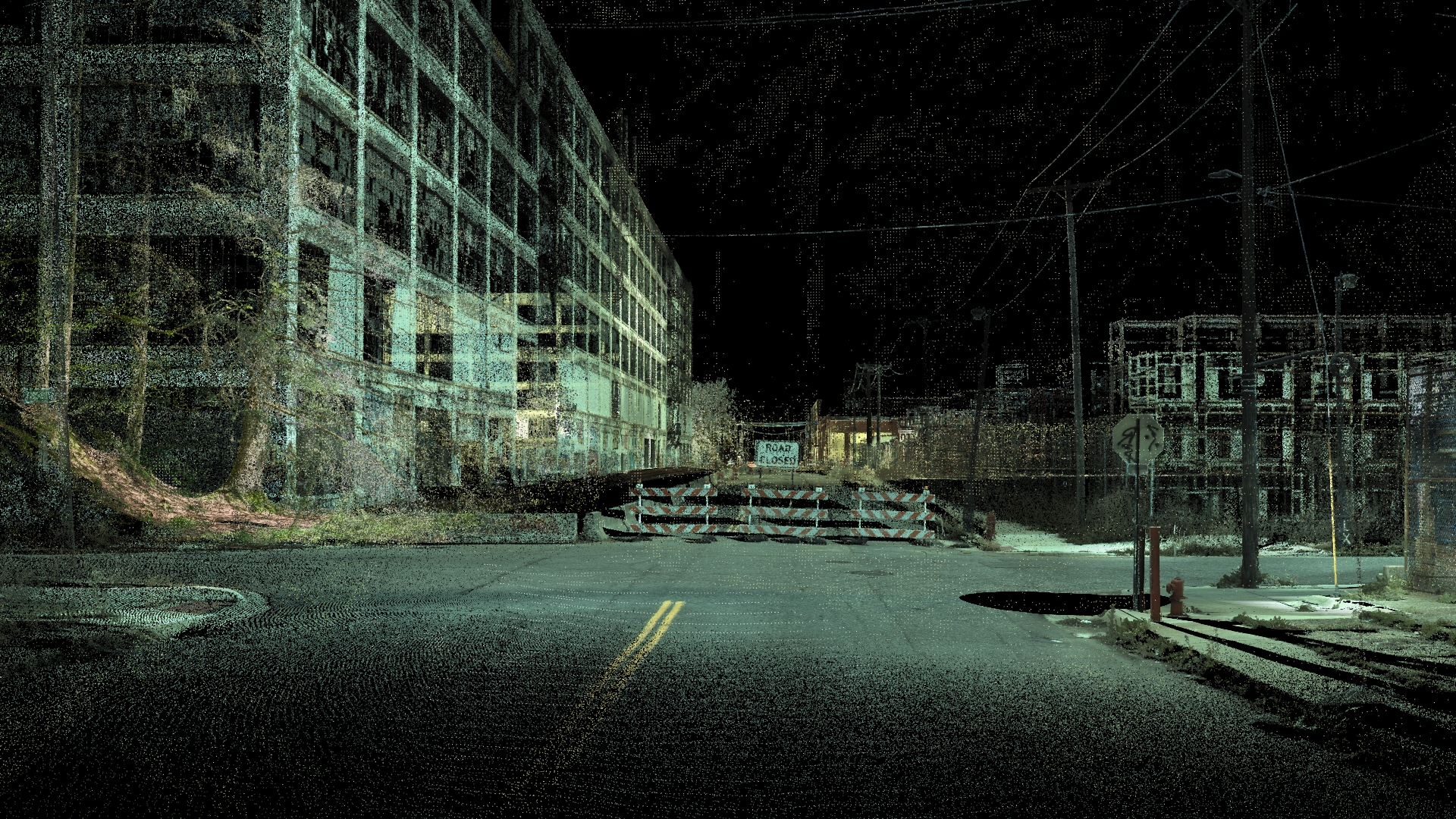 Still from “Where the City Can’t See” (2016), Liam Young./Photo: Liam Young. Part of “Dimensions of Citizenship” at the U.S. Pavilion at the 2018 Venice Architecture Biennale Film and Video Works, Transit Screening Lounge.

While Chicago is justifiably proud of the impact the Chicago Architecture Biennial has made in its two iterations to date, the Venice Biennale is a far more established, formalized affair, held in a permanent fairground location—the Giardini della Biennale, which has hosted the Venice Art Biennale since 1895. (The architecture edition began in 1980). Many nations have dedicated pavilions for their biennial exhibits; the U.S. pavilion—a classically inspired structure that Atkinson describes as “Monticello Lite”—was built in 1930 to the designs of Delano & Aldrich.

What is less known about the U.S. entry is that the selection process for the U.S. exhibit is rigorous and layered. Artists and curators develop project proposals to submit to the National Endowment for the Arts.  A panel within NEA examines the proposals and selects a “short list” of projects which it presents with its recommendations to the ultimate decider—the State Department.

Paul Coffey, the SAIC’s vice provost and dean of community engagement, explains that “we applied under Obama and were approved under Trump.” He reports that State had a number of technical, logistical questions, but very little about its content. The department approved the project “with basically no drama.”

Although the issues of citizenship have long been politically charged, a year-and-a-half ago, the curators could not possibly have predicted the current environment of uncertainty, instability, conflict and rancor toward the subject. 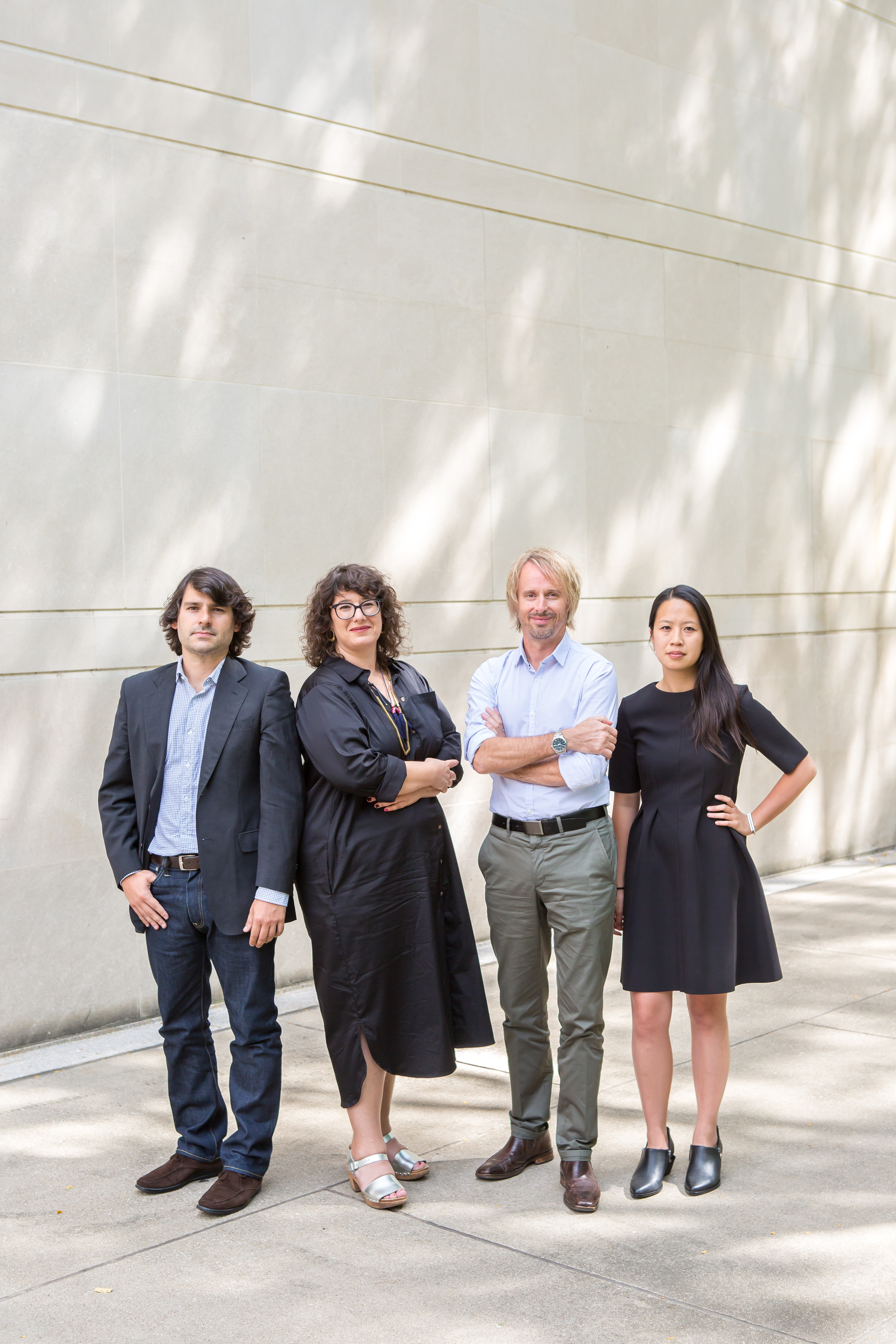 Atkinson, associate professor in the department of art history at the University of Chicago and one of the co-curators of “Dimensions of Citizenship,” is spending this academic year on sabbatical as a fellow at The Harvard Center for Italian Renaissance Studies in Florence— just down the road, so to speak. from Venice. His collaborators—SAIC professors Ann Liu and Iker Gil, and the Los Angeles-based critic and writer Mimi Zieger remain in North America. Atkinson says the differing time zones make planning challenging, but he reports work is proceeding apace.

“Dimensions of Citizenship,” says Atkinson, aims to “examine the role of architecture in terms of citizenship—the spatialization of citizenship, of communities and of belonging.” By citizenship, we’re talking something more than just a legal construct, but a sense of interconnection that provides benefits but also entails responsibilities and action.

Composed of seven distinct environments, each element of the exhibit will represent one of the seven “scales” of citizenship, which Atkinson describes as ranging from the smallest unit—the individual—and increasing in size, to groups, regions and nations through, ultimately, the cosmos.

Atkinson is particularly enthused about the project’s “Transit Screening Lounge,” which will present film and video offerings that “provide more ambiguous readings of contemporary citizenship, involving blurred boundaries, gray areas and alternative histories” to complement the more specific work presented in the “scale” installations. But he’s probably most committed to the exhibition’s “Citizen Ship,” which will provide interaction with the community of Venice itself.

As he points out, he is an art historian, not a design guru, so he wasn’t hugely involved in choosing the exhibit designers or overseeing the exhibit installation. What he does bring to the table is a refined perspective on urbanism and on Venice specifically.

The “Citizen Ship” will explore what it means to be a citizen of Venice today. Atkinson is well positioned to mastermind this aspect of the project; his specialization in Italian Renaissance art makes him particularly attuned to Venice’s place in history and how it reflects what “globalism” has meant over the course of civilization. 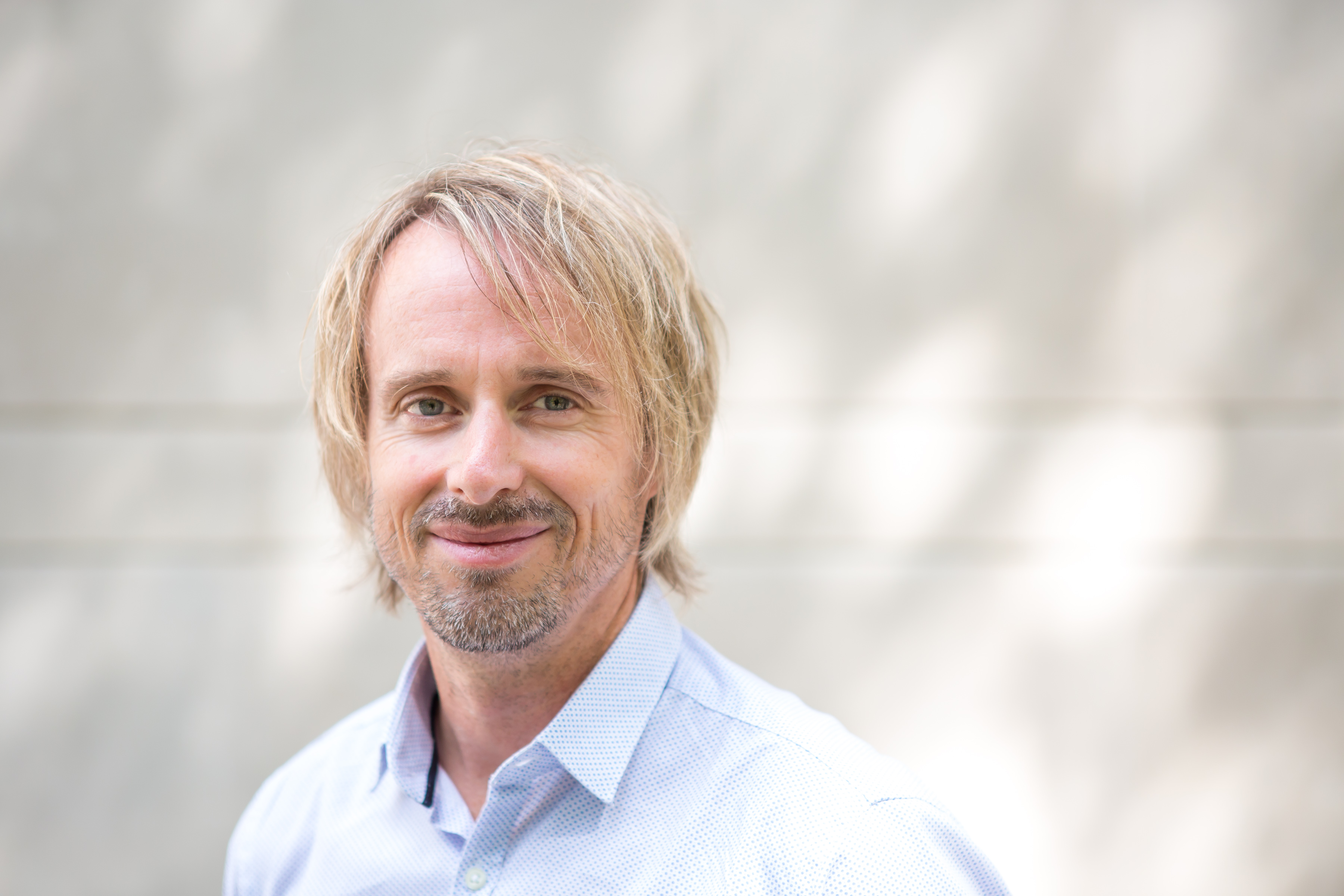 Atkinson is particularly interested in investigating current-day Venetian attitudes on urbanism and globalism. In the pre-modern era—from roughly the Renaissance to the Enlightenment—the city-state of Venice was one of the world’s great powers: politically, culturally and conceptually. Its strength as a maritime force—as in Spain and Britain—was key to its elevated position. Of course that position changed over time, and quite radically in the mid-nineteenth century when the independent city-state was folded into a unified Italy.

Contemporary Venice, says Atkinson, “is still a multiethnic polyglot of a culture, but its condition today is sort of an inversion of its one-time globalism,” says Atkinson, adding, “Venice today no longer plays a leading role in global affairs, so it has developed an antagonistic, but also ambivalent relationship with the Biennale—which represents a mode of international pluralism and economics that locally don’t necessarily benefit the city’s inhabitants.” The city’s physical deterioration is emblematic of its political and economic woes, he says, and what it desperately needs—infrastructure improvements—aren’t the kind of benefit that comes with the cultural focus of an event like the Biennale.

If all of this seems an odd concentration for a scholar whose focus is the Italian Renaissance, it makes sense in the context of UChicago’s drive for relevance in the field of urban studies and urbanism. He gleefully grandstands for the university’s interdisciplinary UChicago Urban program, which describes its mission as “helping to harness the potential of urbanization.”

The program, he offers, addresses the challenge of ”making an impact on urban form and condition—the future of cities—at a school that doesn’t teach architecture.” Certainly the work that comes out of “Dimensions of Citizenship” should offer direction for abundant discourse on the topic.