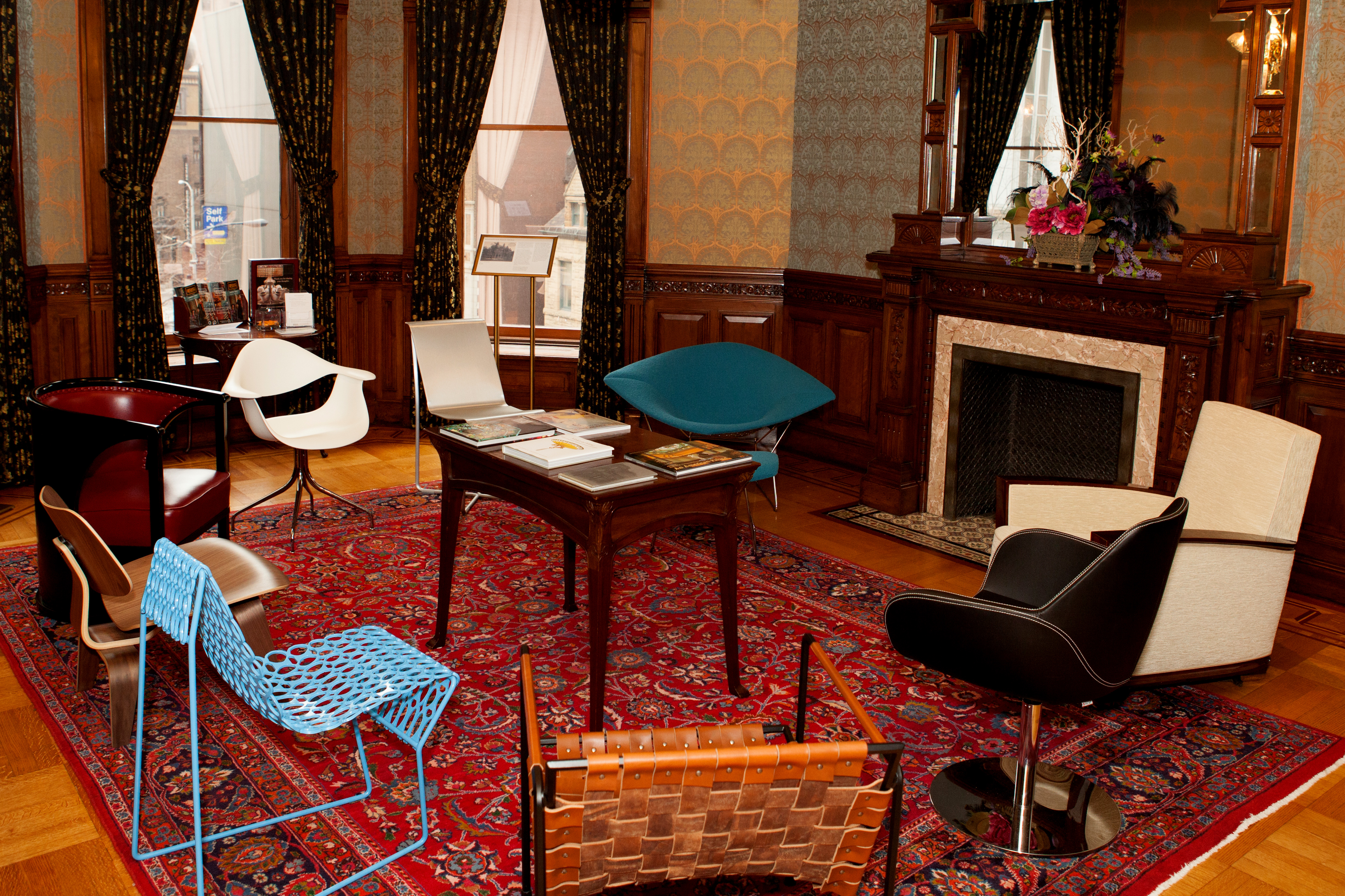 “The Art of Seating: 200 Years of American Design” at the Driehaus Museum/Photo: Alex Garcia

Is there any piece of furniture more basic, ubiquitous or commonplace than the chair? It’s the most elemental item in any residential setting. “The Art of Seating,” an exhibition of American chairs from the last 200 years on display at the Driehaus Museum, posits that, more than any other object, the chair tells the history of modern design. Addressing this issue entertainingly and intelligently, the exhibition traces the evolution of the chair in America.

There’s a great backstory to the show, which has traveled to many venues in the last five-plus years and arrived at the Driehaus under the auspices of International Art & Artists—a nonprofit organization that manages traveling exhibits, and has currently has two other shows that originated at the Driehaus. “The Art of Seating“ began at the Museum of Contemporary Art, Jacksonville—more specifically from its Jacobsen Collection of American Art. The Jacobsen collection—which includes impressive holdings in paintings, sculpture and works on paper as well as decorative arts—began with their collection of museum-quality and historical chairs. The very first piece the Jacobsens collected—an 1875 Egyptian Revival armchair made by the Pottier & Stymus Manufacturing Company—is in this exhibition. The traveling edition included excellent didactic materials with succinct descriptions of each of the thirty-seven pieces in the show, but the Driehaus curatorial staff, led by the museum’s curator of collections and exhibitions Catherine Shotick, has assembled fine embellishments to the traveling materials, such as a historical timeline that places the pieces in context. 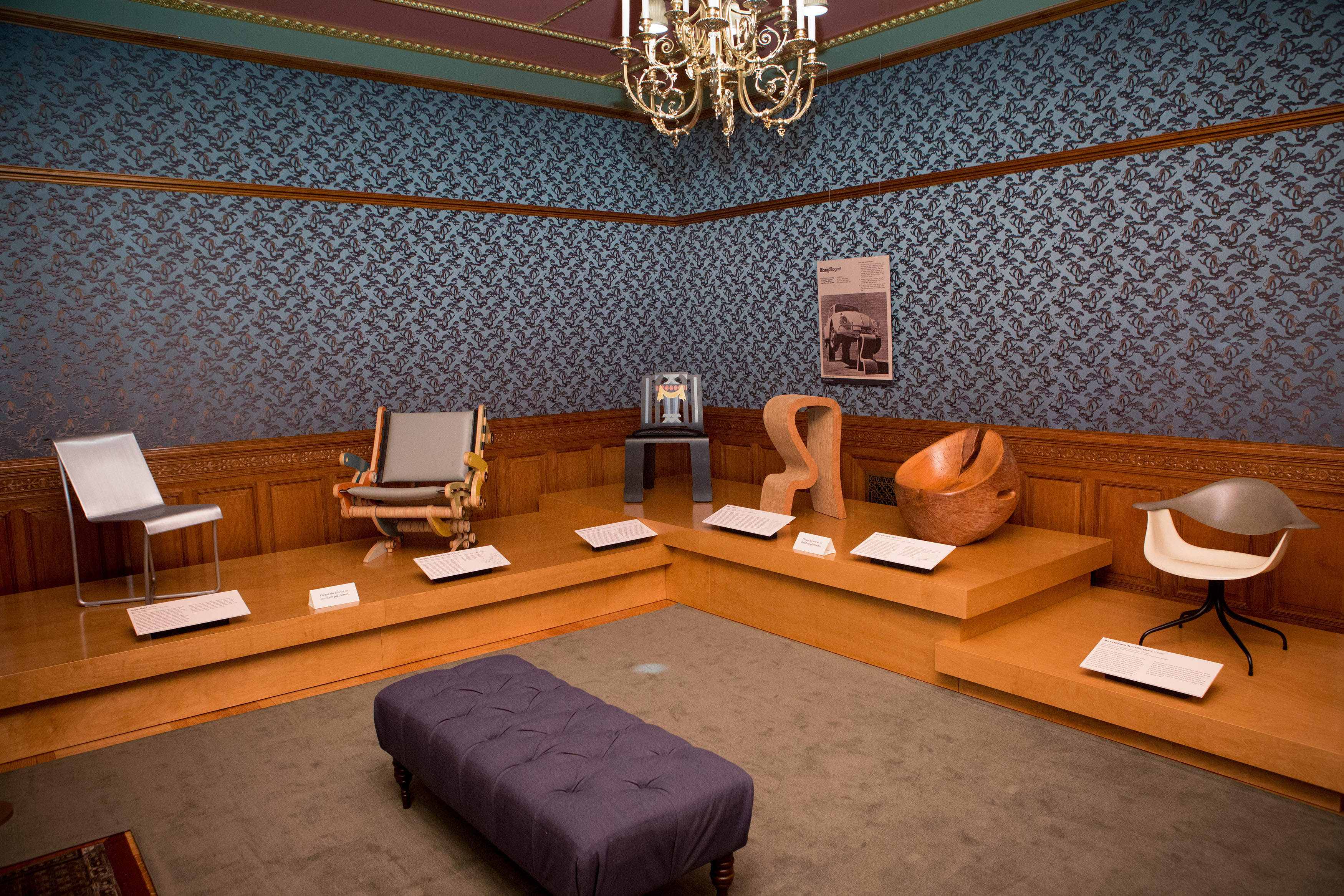 “The Art of Seating: 200 Years of American Design” at the Driehaus Museum /Photo: Alex Garcia

Less a comprehensive survey of every period of American design than a window into the collecting habits of the Jacobsens, the show presents fine examples of nineteenth-century styles and crafts and reflects the growing tradition in American furniture-making and craftsmanship, which Americans embraced as they broke away from European design dictates over the course of the century. There’s an intriguing collection of items from the past sixty years, but oddly almost nothing representing the period between the World Wars, although the mid-century modern period is well represented with examples of designs by Harry Bertoia, Isamu Noguchi, Eero Saarinen, the Eameses, and George Nelson, when American design came to dominate the world scene.

The Driehaus, which occupies the repurposed 1883 Samuel M. Nickerson house, is a peculiar location for a show you’d ordinarily expect in a white-cube exhibition space designed to allow the visitor to focus on the varied chair designs. The Nickerson house, by contrast, is a Gilded Age mansion with elaborately decorated surfaces that demand attention. So while it’s a great experience to explore the space under any circumstances, it’s not always an ideal place to look at art exhibitions. Additionally, the layout of the museum is such that the gift shop is located between two of the four rooms on the second floor—originally the family bedrooms, all of which opened off a grand center hall—where the show is displayed. So while the lavish backdrop of decorative stone panels and elaborate millwork is artwork itself, it’s distracting for the display of decorative arts. 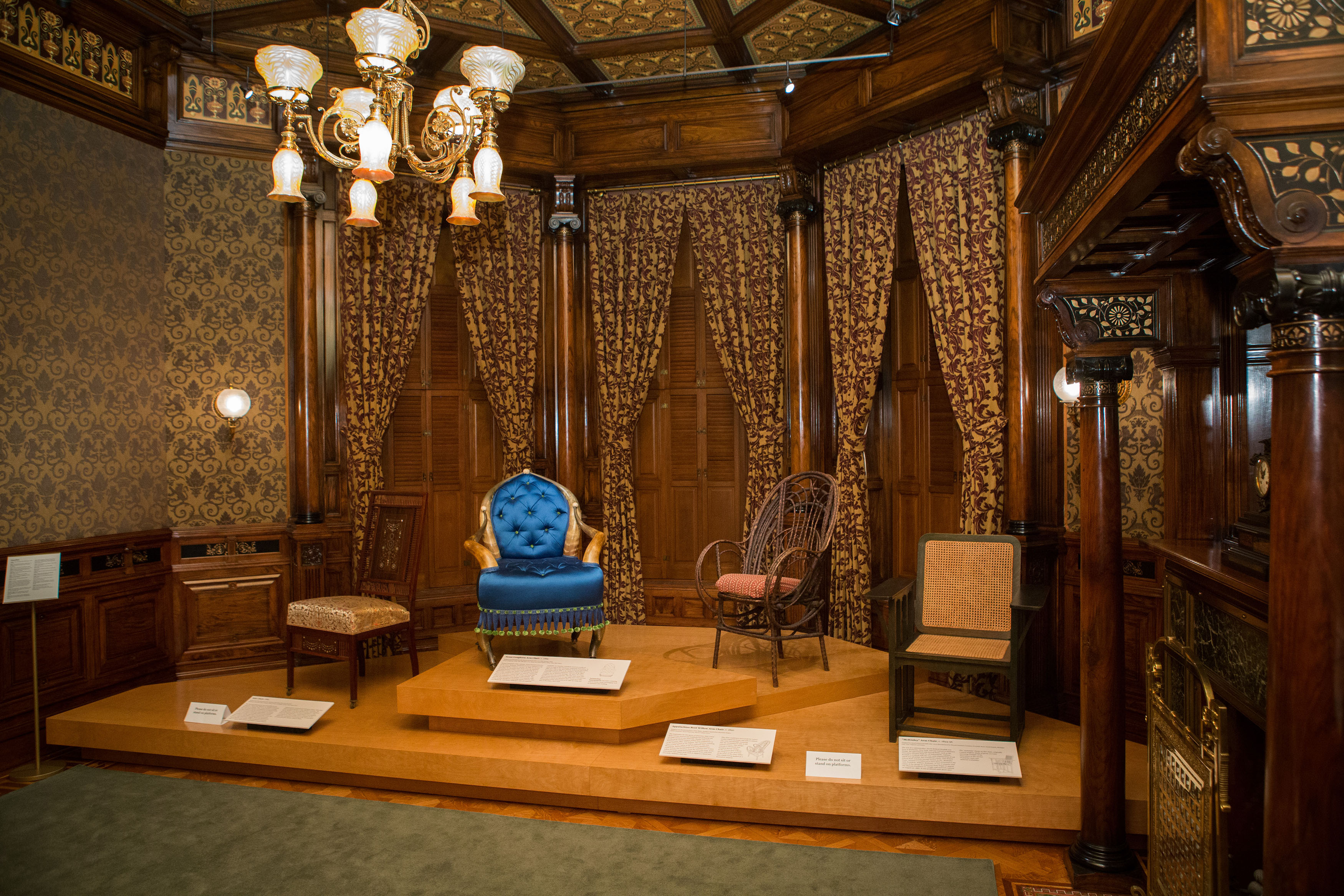 “The Art of Seating: 200 Years of American Design” at the Driehaus Museum. / Photo: Alex Garcia

But as it turns out, the Driehaus has cleverly used its home space as an interactive, engaging installation that takes advantage of the residential setting—a wonderful place for the real climax of the show: The Act of Sitting Lounge. For its presentation of the exhibit, the Driehaus offers up one of the bedrooms to provide examples of some of the pieces in the show—contemporary production pieces of chairs by Eames, Gehry and Nelson (recent donations to the museum’s collection by Knoll design firm) in addition to several others from the museum’s and Richard  Driehaus’ personal collection—a Jean-Jacques Ruhlmann barrel chair and a Josef Hoffmann club chair—and encourages visitors to experience sitting in each of them.

This may not seem like a big deal, but touching items in any museum’s collection is notoriously forbidden so it’s a thrill to be able to sit in some of them. If you like chairs—and really, how do you not like chairs?—it’s a lot of fun. 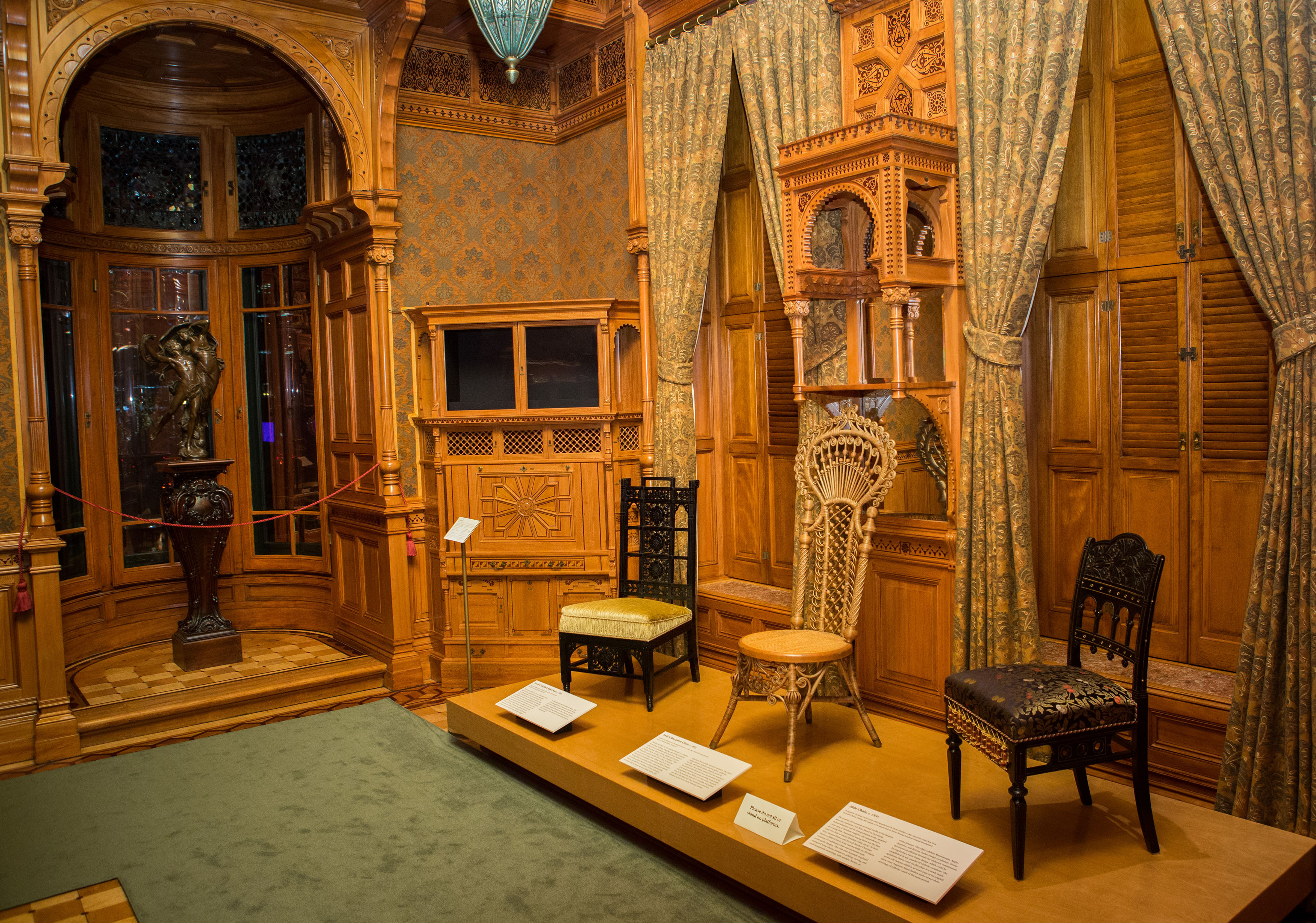 “The Art of Seating: 200 Years of American Design” at the Driehaus Museum/Photo: Alex Garcia

“The Art of Seating: 200 Years of American Design” exhibition runs through August 12 at the Richard H. Driehaus Museum, 40 East Erie.