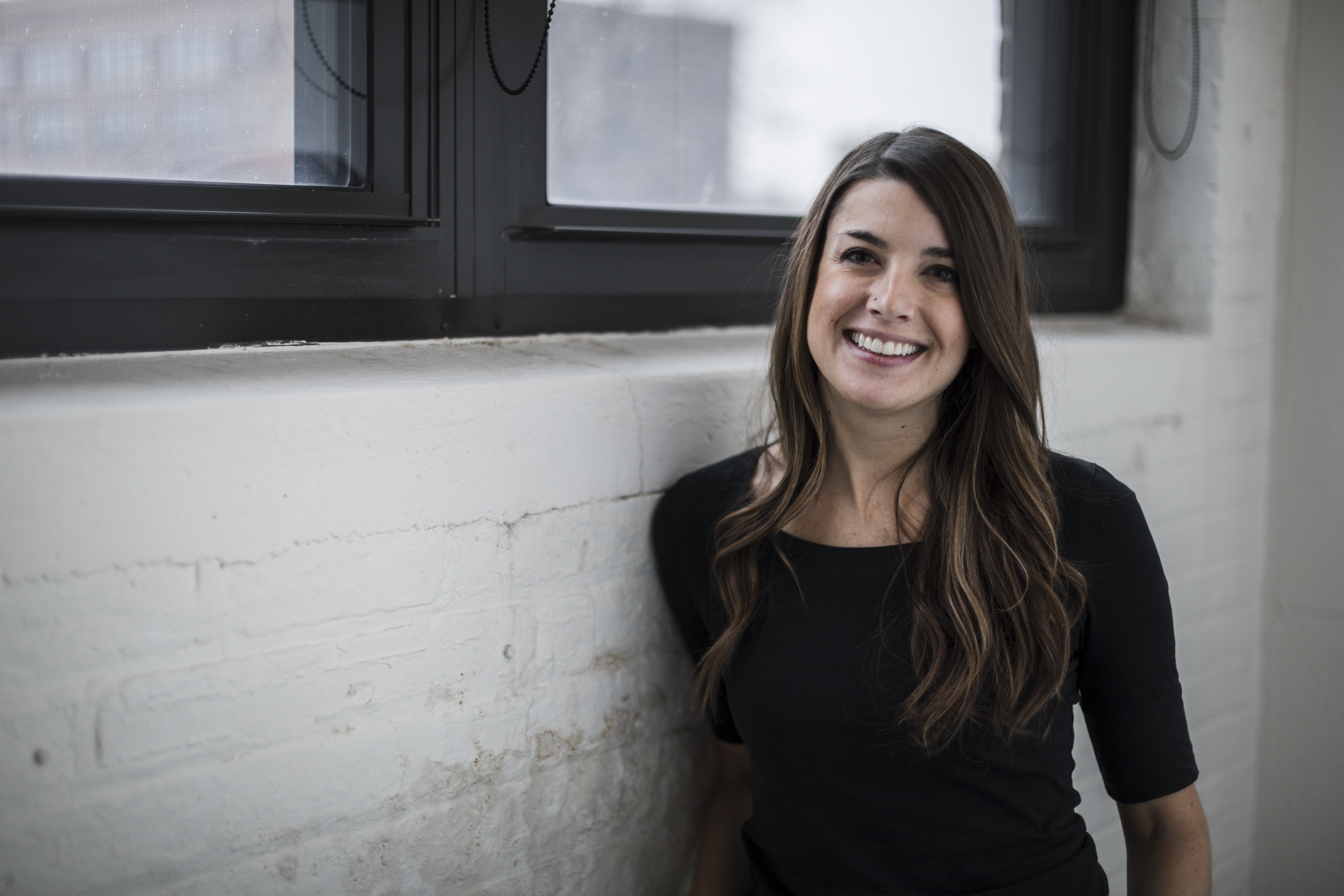 When Kim Knoll was twenty-five, she found herself unemployed and back at home with her mom. “My portfolio was shit,” she says, “I felt behind and the design world I so badly wanted to be a part of seemed so far out of reach.” She knew only one thing for certain: She wouldn’t give up. “Two days after the move, I learned Tom, Dick & Harry Creative Co. was slammed and looking for a freelance designer to help out. They called and asked me to come in, without even looking at my work—thankfully!” she adds. “I was pretty freaked out and didn’t feel worthy, but I had nothing to lose. I walked in there with fake confidence and a great attitude. I worked incredibly hard over the next two weeks and took everything on with a smile because I was so happy that someone took a chance on me,” she says. “After those two weeks, they asked for my portfolio because they were considering offering me a full-time job. I brought in my dreadful book for the first time, and my boss looked through it quietly. Shut it. And told me he saw potential,” she says. “But what he liked most was my attitude and willingness to learn and work hard.” For Knoll, a firm believer that a good attitude goes a long way, this was a huge turning point. “He offered me the job, I took it, and it was the best thing that ever happened to my career.”

A lot has changed since then, but a positive attitude has remained her guidepost for everything. After working independently as freelancers, she and her husband, Kyle Eertmoed, joined forces in 2011 to found design and branding firm Knoed Creative (pronounced “node”). Working with startups around the globe, they have helped creative visions become realities through handcrafted designs inspired by each client’s unique style, story and set of challenges. “For me, inspiration comes from having a concept or strategy,” says Knoll. “Without either, I would stare at a blank screen and feel lost,” she adds. “Knowing whatever the idea or goal is always leads me down a rabbit hole of things to explore and something worth showing usually comes out of that exploration.” 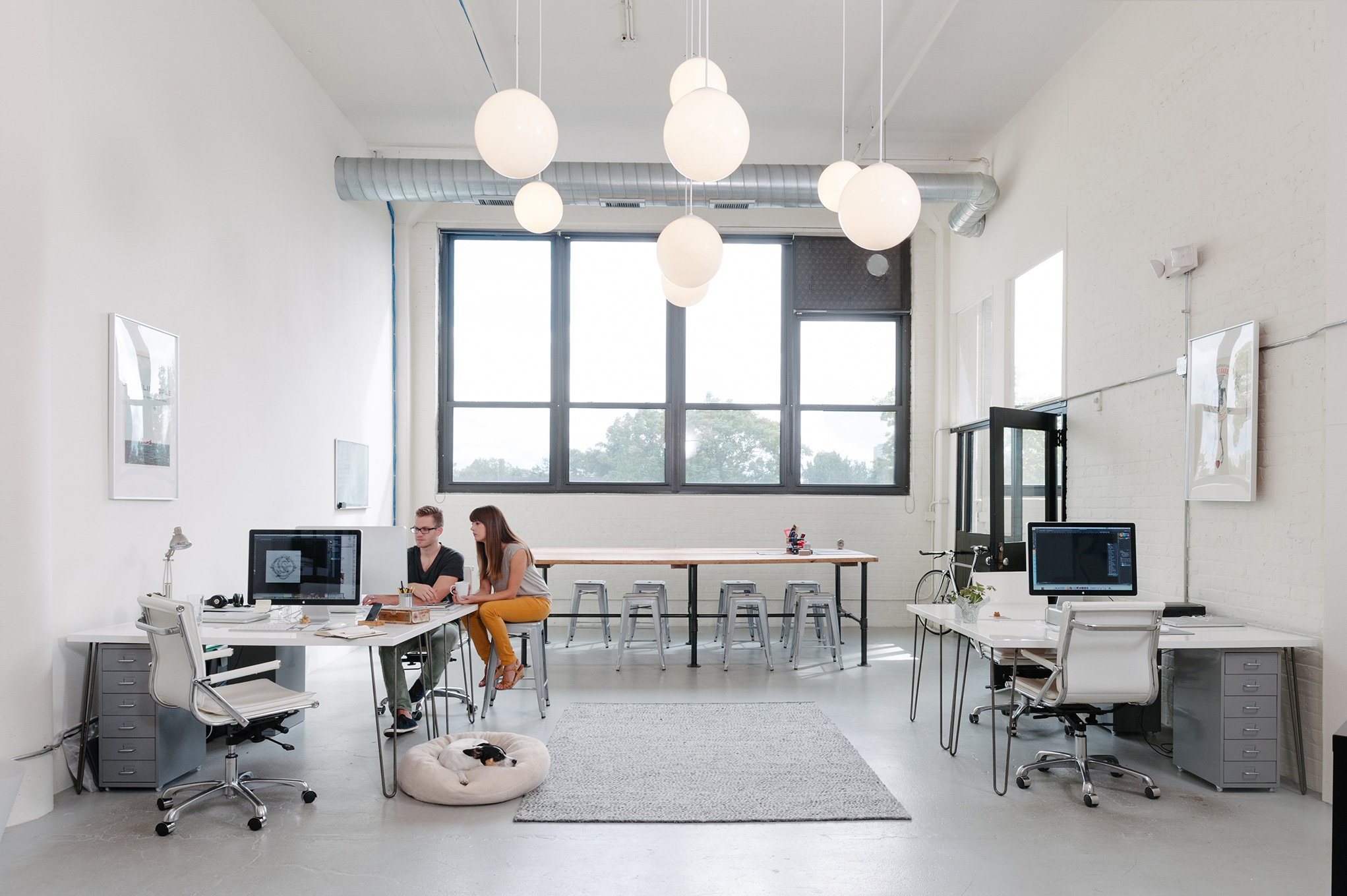 As a small company, Knoll and Eertmoed’s biggest challenge is the juggling act of project management, administrative work and finding uninterrupted time to focus on just design. But the most important lesson they’ve learned is that who you work with is of tremendous significance. “A lot of our projects are months long, and if we don’t mesh well with the client or if it feels like a struggle and we don’t agree on aesthetic, it makes for a painful and stressful experience,” Knoll says. “We do a lot of work upfront to make sure we’re a good fit and vice-versa. It makes everything so much more enjoyable, and that’s what matters to us the most.” Being so involved in the making of companies, Knoll explains that they naturally give extremely personalized service—so much that their clients often become friends. “We may start out with handshakes, but our projects always end with hugs and high fives,” as they put it.

For a kind, open-minded person like Knoll, that’s not hard to achieve. As host of forty-eight Creative Mornings events between 2013-2016, she has spent a lot of time organizing the Chicago chapter of the global breakfast lecture series on creativity, connecting with the local community and spreading her positive vibes to others.

“Knoed is now seven years in business, which officially makes this the longest job Kyle and I have ever held,” she says. “The last year has been crazy-busy with a lot of new work that we are so excited about. We did the branding for a skincare line in the West Loop, an ice cream company in New York, a cannabis company in L.A., a soon-to-open hair salon in River North, a brewer’s yeast company on Chicago’s North Side and a neighborhood market opening late summer in Printers Row.” Most of their clients are small businesses, including furniture retailer Jayson Home, sandwich shop Hannah’s Bretzel, Gene’s Sausage Shop & Delicatessen, and two natural skincare brands, Echo Vie and Seed to Serum. 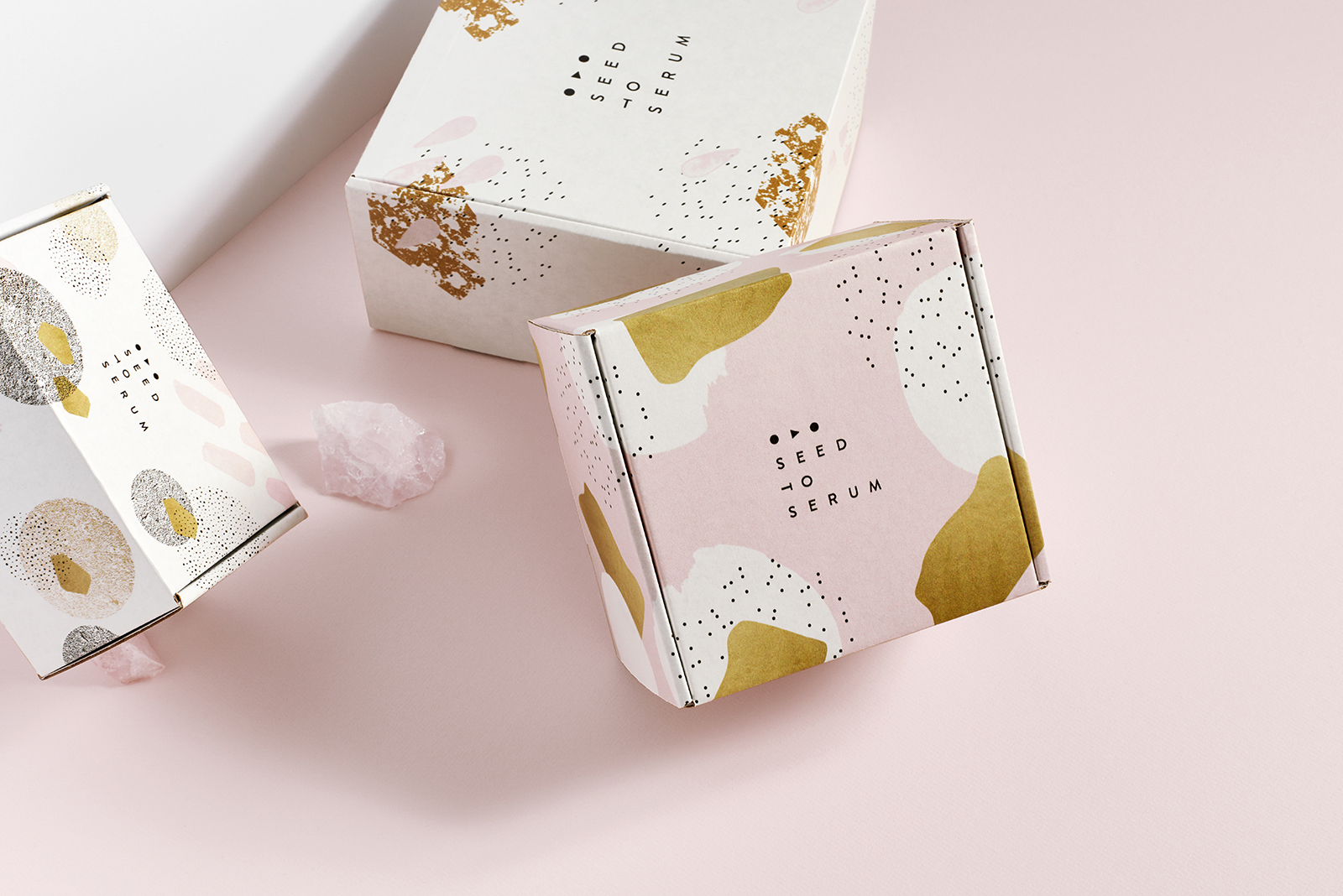 Seed to Serum by Knoed Creative 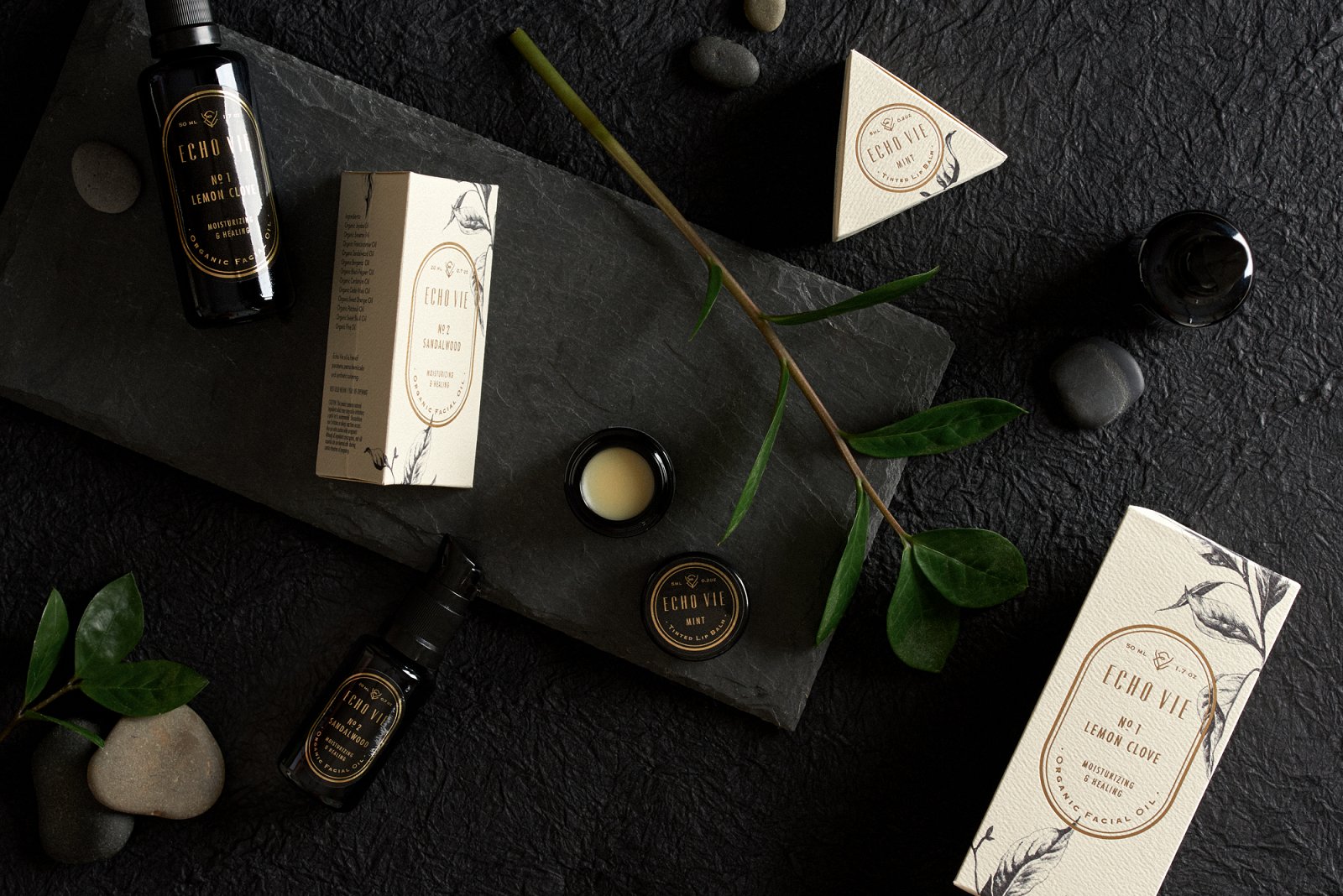 But there are times when Knoll just needs a little time to herself. She was exposed to art from a very young age but taught herself how to paint in her mid-thirties. “Being surrounded by the buzz of city life makes me seek out calm and stillness through painting,” she says. “Using a mix of watercolor paint, India ink and paint markers, each work is inspired by an element of nature.” Goal-oriented, Knoll is now working toward new opportunities with commissioned works and her first gallery show.

But she has something else to look forward to. “Coming up in a few short weeks, we’re taking a three-week break from work to take time for self-care and to recharge,” she says. “We’ll be living out of a van and backpacking, hiking and boondocking all over Arizona. Some highlights? Backpacking to the bottom of the Grand Canyon, kayaking Lake Powell and camping on its secluded beaches, and hiking the Hopi Reservation in Tuba City. Trips like these bring out a part of ourselves that turn off being in a city and working at a desk everyday. We try to do something like this every year, just to surround ourselves in nature and all of the inconveniences that come with unplugging from the modern world—we love it!”