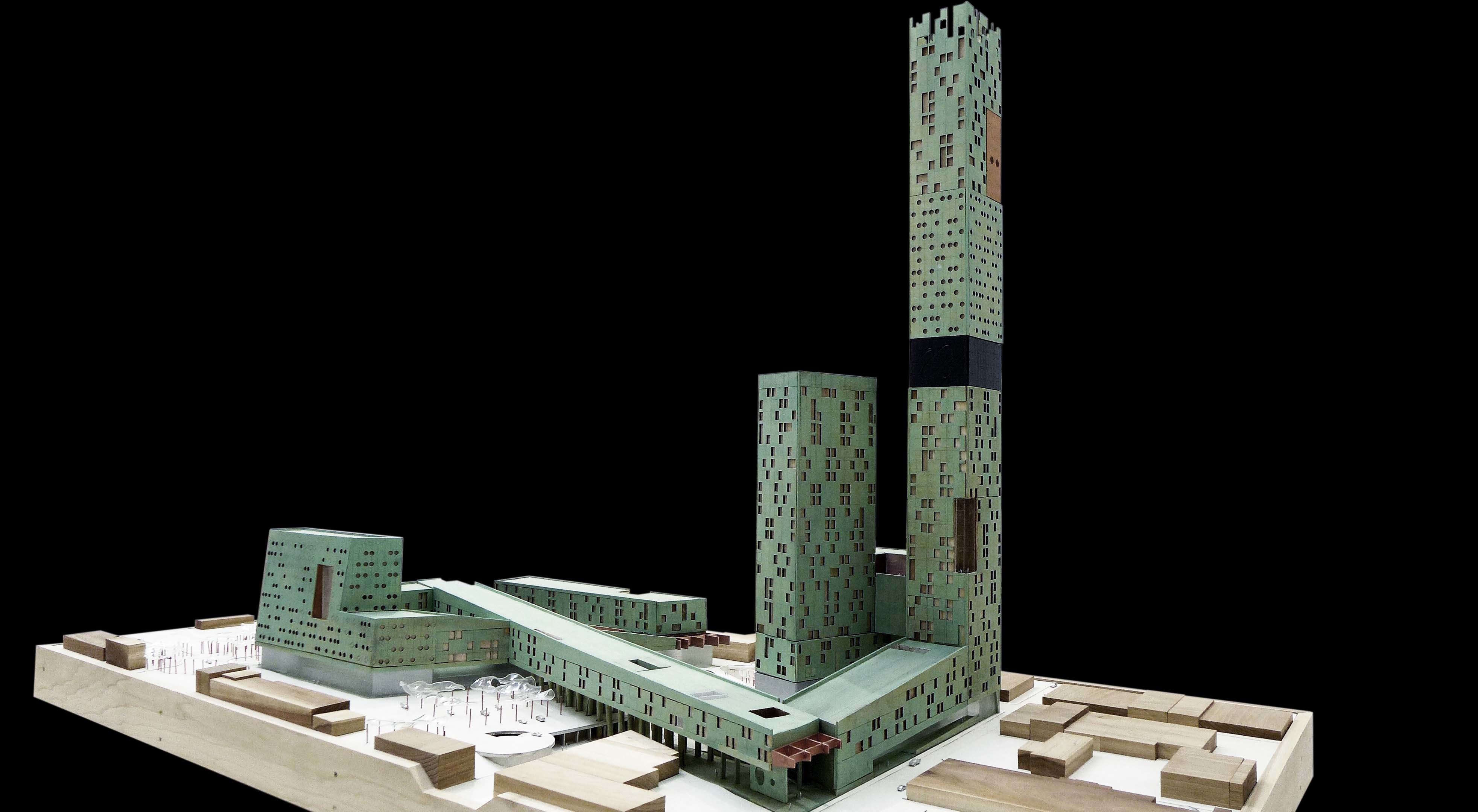 Model view of Dequindre Civic Academy (DCA), commissioned for “The Architectural ImagInation,” U.S. Pavilion in the 2016 Venice Architecture Biennale, for a site along the Dequindre Cut Greenway in Detroit. 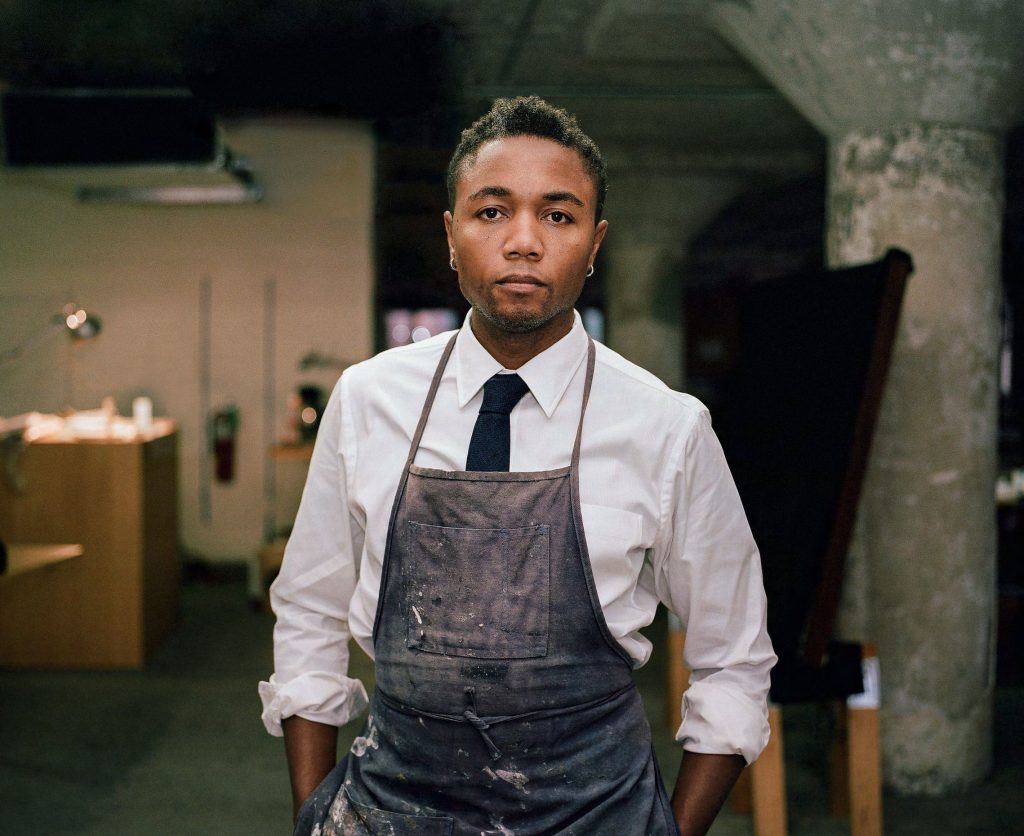 You’ve been here since 2008, is it going to be hard for you to leave the city?
Yes. I hope to maintain connections to Chicago but yeah, it’s going to be very hard to leave. It’s been very good to me.

A lot of things have happened over the years in your practice, How do you think that practice will change? I’m especially interested in what you’ve described as the world-making aspect.
That’s a good question. It’s hard to predict. I imagine that I’ll probably be spending a little more time doing things like writing, and more scholarly aspects, but I’ll continue my design practice. I’ll probably have to travel more, to the places where I do my work, to the sites where I do my work. But I don’t think there’s a fundamental way my practice will change.

Since this is sort of like “fictions,” or what you described as these “future histories” of your practice, in which you’re researching a place and then imagining worlds that don’t exist yet, how do you think it might affect how you research them?
I don’t think that will change and, given the fact that I’ll be teaching out of Princeton University, I think that sort of research aspect of my practice will probably only intensify. 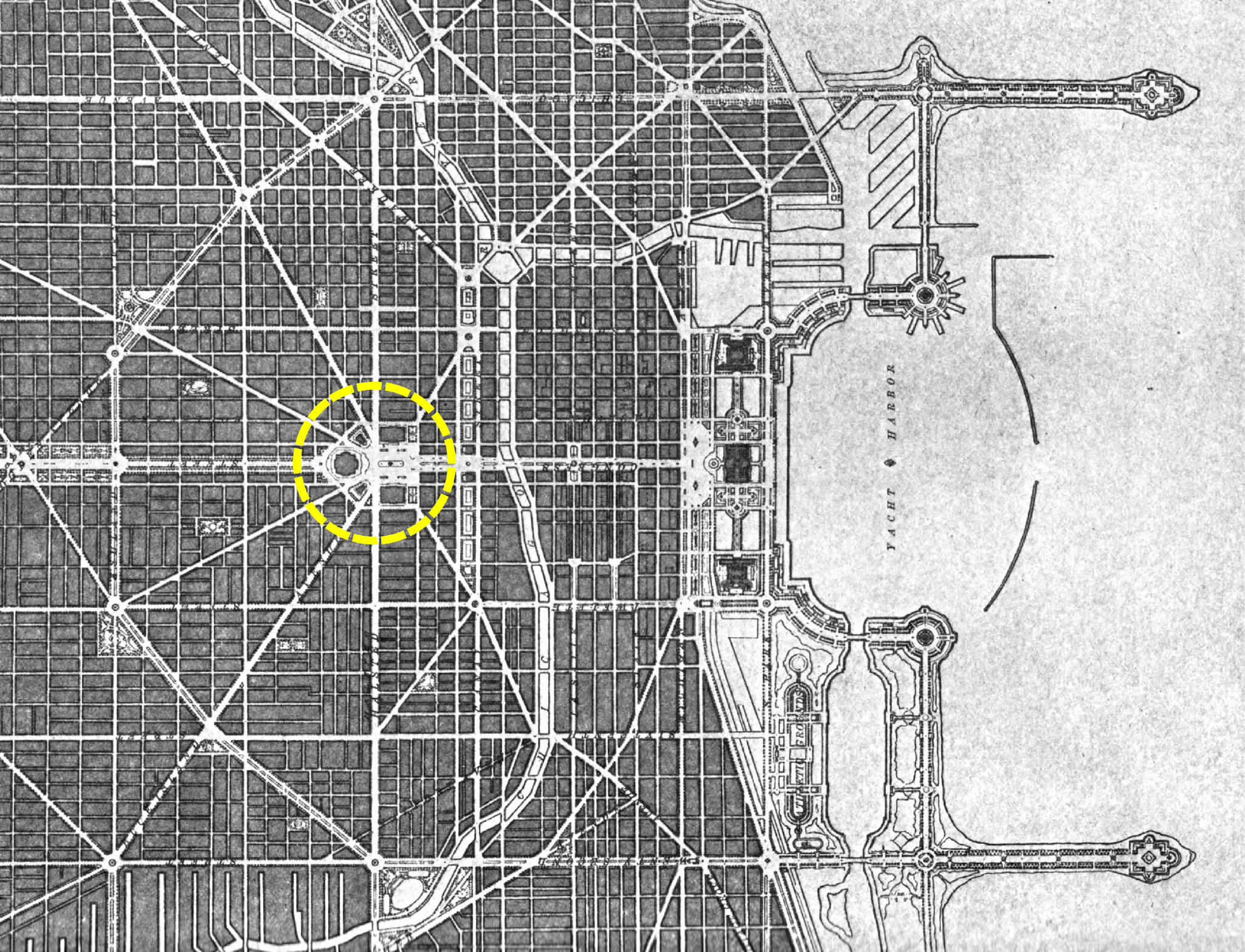 Daniel Burnham’s Plan of Chicago with Brown’s proposed development intended to realize Burnham’s planned civic center to make the city the “center of the world.”

Books you’ll be working on, things along those lines.
Yes, exactly. I think there’ll be time to focus on books and publications, more discursive aspects of the practice — not at the expense of doing design projects or doing proposals for other projects, but I get a lot of, let’s say, benefit from the academic portion of my career. I’ve been based at IIT, which has a certain legacy and an orientation toward practice and now I’m going to Princeton, where the architecture school is based within a liberal arts college. So my thing has always been to draw my strengths from the place where I am—when I was in New York, I did projects about New York, when I was in Chicago, I did projects about Chicago—not exclusively, but I tried to understand the place where I was and draw my creative strengths from the opportunities that that place presented. I’m going to try to do that again. However, I’m moving to a very small town now so I suspect that my outlook will be more regional, then based around a particular urban center, or something like that. I’m very interested in exploring places like Philadelphia, for example, or even the state of New Jersey, and what that means, or the Northeast Corridor to see what fertile ground is there.

Yes, there’s a cultural shift.
Yes. Right. I also don’t plan to forsake Chicago. I’ve got ongoing research taking place in Chicago, maintaining my relationship with Western Exhibitions, I’ll be doing the show there next June and I’m maintaining a connection with the Arts Club of Chicago. I hope to stay engaged with things that are happening in Chicago, the Biennial for example. 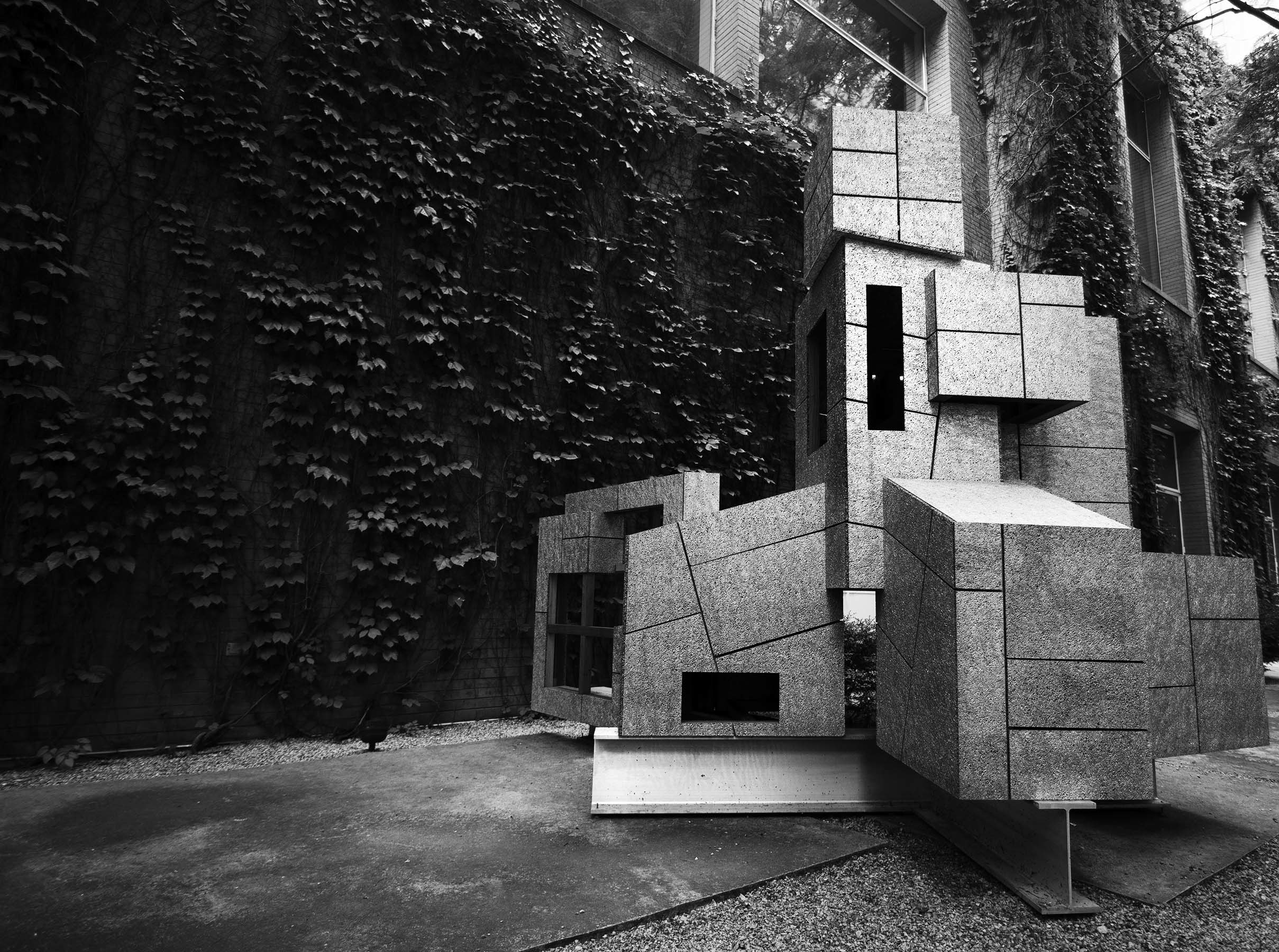 The Ziggurat in the Arts Club Garden/Photo: Michael Sullivan

As an artist who also works with place identity, to a certain degree, I’m curious about this notion of inclusion and exclusion in community engagement as a part of the design process, and how it affects your work.
I think it’s a very involved conversation, so maybe I’ll focus on talking about what happens with my practice. I don’t think it’s very helpful to go into any neighborhood and ask people what they want, because most of what you hear is the same thing, most of us want the same thing. We want good schools, we want affordable housing, they want safety, they want cleanliness, they want a decent grocery store, they want these things. We know what that list of things is, and it doesn’t help me as a designer. I think the most interesting question you can ask anybody in any neighborhood is what they know about the place where they live. Not what they want, what they know. That’s part one.

The history?
Anything. Past, present, what the future is, what do they know? And then the other thing is, there’s an awful lot of confusion out there about who we work for as architects for urbanists. Most of the projects I propose are not for people who are alive today, or if they are they’re for people who are, like, five years old, because they take a long time to realize. So, given that architecture and urbanism are future-oriented practices, the people that I‘m designing for might be in kindergarten right now, so I don’t get a lot of opportunities to talk to or engage them directly. That’s real. It sounds ridiculous, but it’s true. Or they might not even be alive yet. I’m always a little bit skeptical about how productive it is to get people in a room and ask them what they want for the future of their neighborhood. Because it’s not for them. You know, Daniel Burnham published the plan for Chicago in 1909, and he died in 1912. So what does that tell you, right? And all these years later people are still trying to realize aspects of his plan, and I think that’s really important to understand. It’s like the cliché about planting trees under whose shade you will never sit. That’s how I approach my practice.