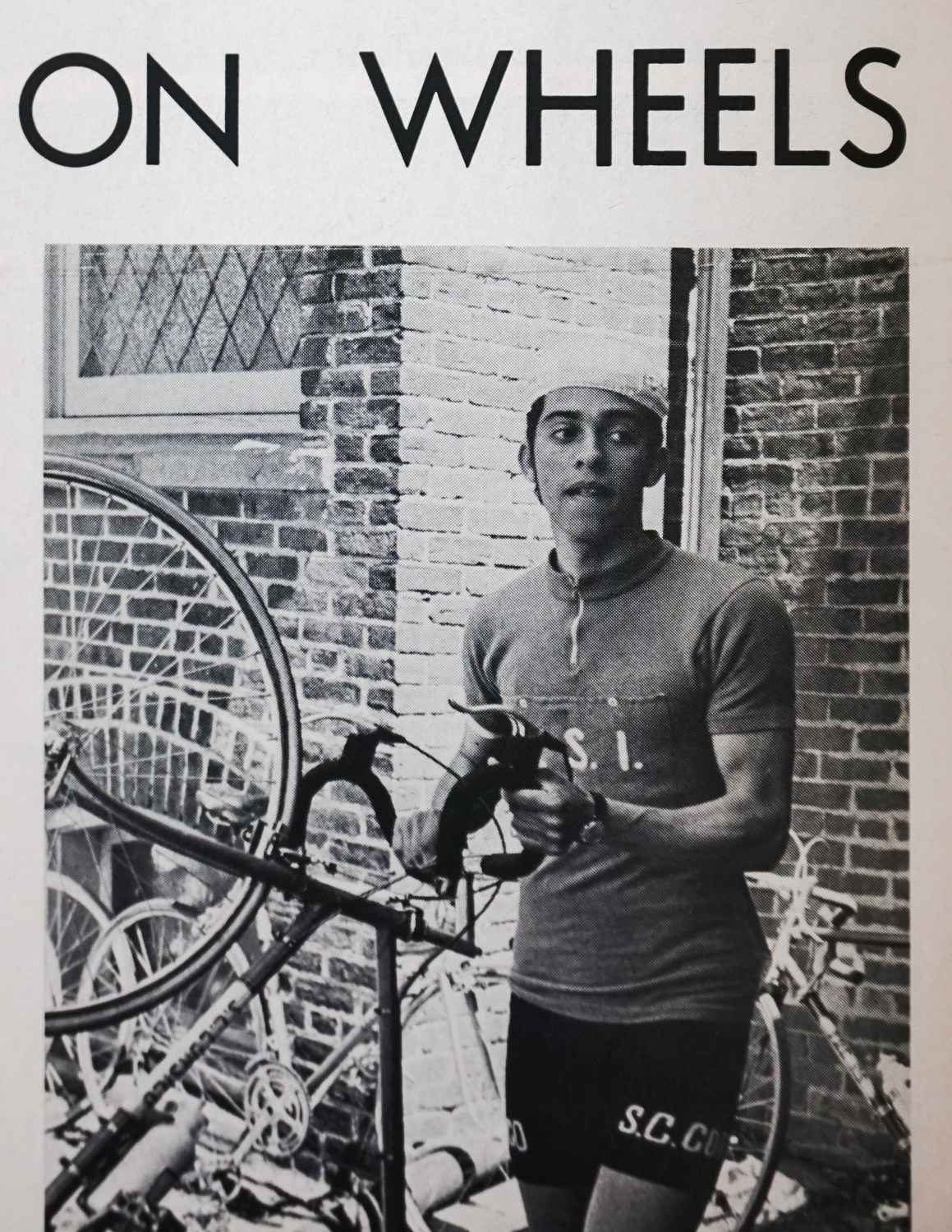 Can you give us a brief overview of the rise, fall and rebirth of bicycling in Chicago?
Cycling was one of many fads sweeping the nation in the late-eighteenth and early-nineteenth century. The first U.S. bicycle manufacturer appeared in 1878, based in Connecticut, but Chicago quickly became the nation’s center for bicycle manufacturing, producing more than two-million bikes in 1897, more than two-thirds of the bikes made in the United States. However, supply and demand hit the bike industry hard and by 1900 the boom was over. Most companies disappeared, but in Chicago, Arnold, Schwinn & Co. bicycles—known for their durability—and Sears, Roebuck and Co.—able to distribute bicycles all over the country via mail order—were strong influences in keeping the industry alive.

As one might expect, the Depression didn’t help bicycle manufacturers either. However, in 1933, Schwinn introduced the balloon tire to American riders and the highly stylized Aerocycle in 1934, establishing Schwinn bikes as not only durable but also cool, and very desirable. With the growth of the suburbs and the middle class in the mid-twentieth century, the children’s bike market grew exponentially and Schwinn’s Chicago-made bicycles and Chicago voice continued to be an industry leader. In 1969, Schwinn was selling nearly twenty-five percent of the bikes bought in the United States.

In the 1970s, on top of growing environmental, health and civic awareness, kids who grew up riding bicycles became adults who still enjoyed riding bicycles and American cycling continued to thrive, shifting toward BMX and road cycling. Today, Chicago is recognized as a national leader in urban cycling infrastructure. Cycling culture in the city continues to evolve and develop, through large, public events like Critical Mass and Bike the Drive; local, community-led groups like Blackstone Bicycle Works, Active Transportation Alliance and West Town Bikes; and a myriad of clubs and groups like Major Taylor Cycling Club, Rat Patrol and Chicago Cruisers. 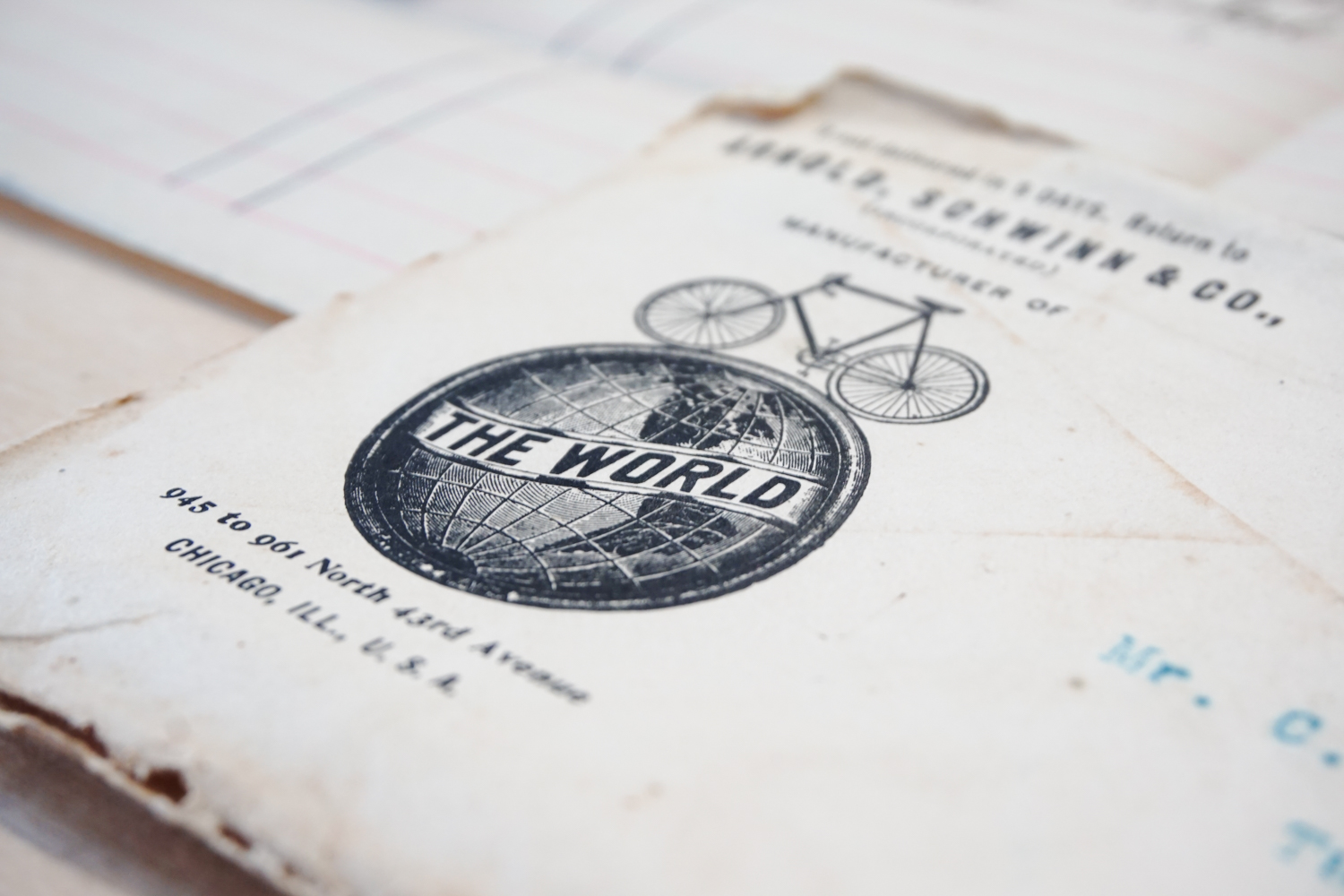 How are you developing the exhibition from a curator’s perspective? What is the guiding idea behind it?
The association between bicycles and design is traditionally through the lens of engineering or art but there is so much design around an object like the bicycle besides the bicycle itself. This exhibition celebrates these links, but also brings to the fore the everyday—advertising, clothing, community, and so on—to explore more deeply design’s role in establishing the mythos of the American bicycle.

The narrative develops around two organizing principles: bikes as innovation and bikes as symbols. Bikes as innovation will look at how form, function, manufacturing and sales design from Chicago and by Chicagoans shaped the idea of the American bicycle. Stories include how the stamping manufacturing process implemented by Western Wheel Works allowed them to become the largest bicycle producer in the United States, and that of MNML’s Blackline bicycle, designed specifically for riding in Chicago. Bikes as symbols, on the other hand, explores how design-based communication related to bicycles permeated American culture, looking at concepts such as gender, class, community and freedom. These ideas are illustrated with objects such as stereoscope images, Playboy magazine, Ebony articles, bicycle catalogs and advertisements.

“Keep Moving: Designing Chicago’s Bicycle Culture” will be presented in a new pop-up museum space.
The exhibition will be in the Expo 72 building at 72 East Randolph, directly across from the Chicago Cultural Center. For the last five years, we’ve exhibited in a gallery on the third floor of the Block 37 mall. This space has a strong influence on our audience—the majority of visitors are general public who are in the building to eat, shop, see a movie and [then] happen across the museum. Because our audience is so broad, we’ve worked diligently to make content and programming accessible and engaging to non-designers and professional designers alike. We’re very excited for the increased street presence and visibility that the Expo 72 space will provide for this exhibition, perhaps our most accessible content to date, and to be so close to the (also part of Art Design Chicago) “African American Designers in Chicago: Art, Commerce, and the Politics of Race” exhibition at the Cultural Center. We hope that visitors will make a “Design Day” out of the exhibitions they choose to visit! 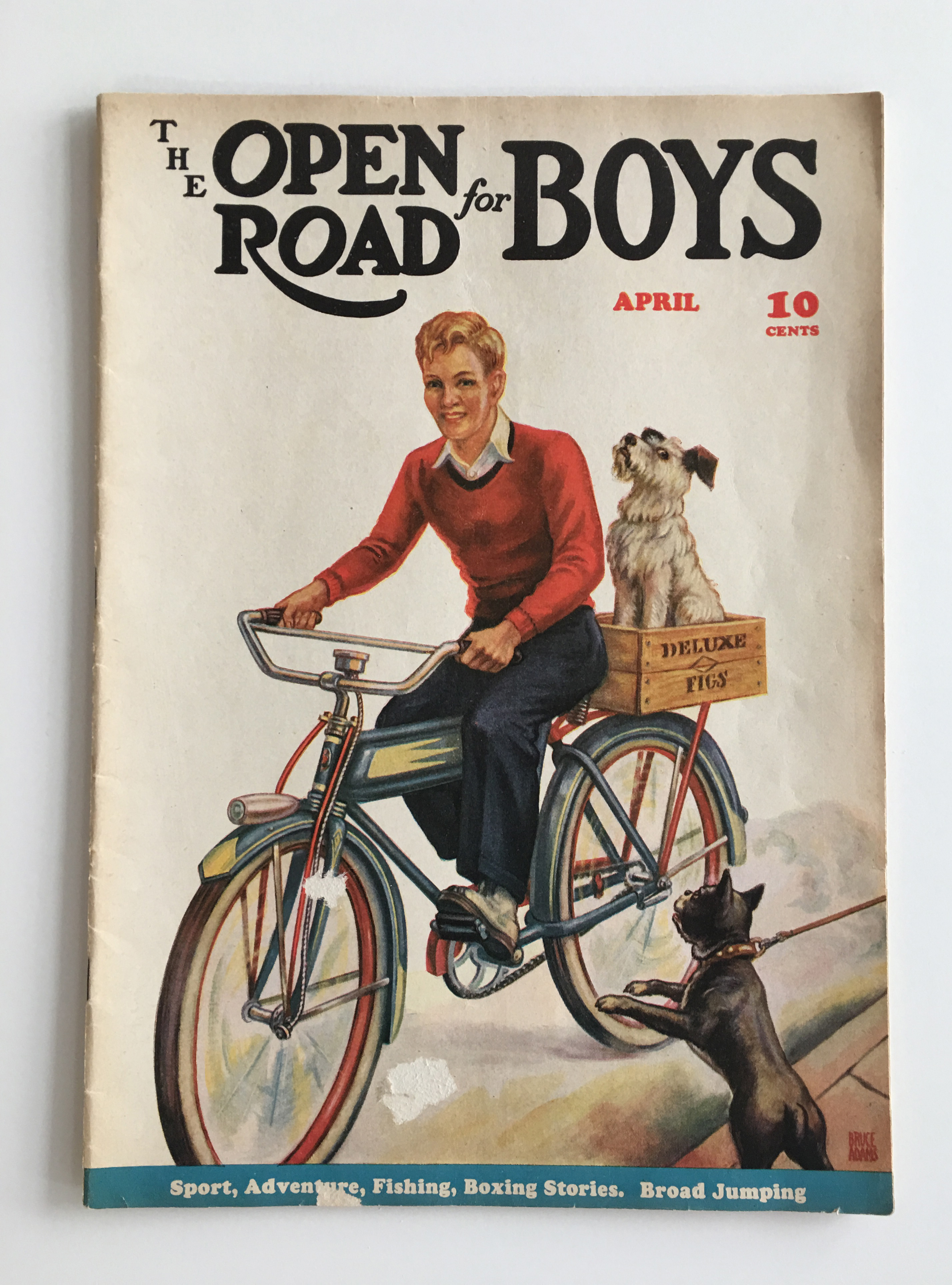 From high-tech bike manufacturers to premium cycling apparel brands, the bicycle is no longer just a means of transportation, but a lifestyle and fashion accessory—a design piece to reflect one’s personal aesthetics. As urban cycling has become widespread and cities are adapting to bikers fostering vibrant bike cultures, how would you describe Chicago’s biking community?
First, I want to make clear that I do not consider myself a part of Chicago’s biking community. I have a bike, I ride with varying frequency depending on circumstances, but I don’t identify as a “Chicago cyclist.” Researching this exhibition made me aware of misconceptions and misunderstandings around urban cycling, and cycling in Chicago in general. For example, I was familiar with a few of the rebuild-recycle shops in the city, but had no idea how many there actually were and what many of those organizations are doing around bike education and inclusive community building. I’ve learned much about the relationship between bicycles and gentrification, and more about why communities impacted feel the way they do about how bikes and infrastructure affect their neighborhoods. If I had to use only a few words to describe the community in general (again, as an outsider): Scrappy, quietly persistent and proud. Not coincidentally, these are also words I’d use to describe Chicago and Chicagoans. 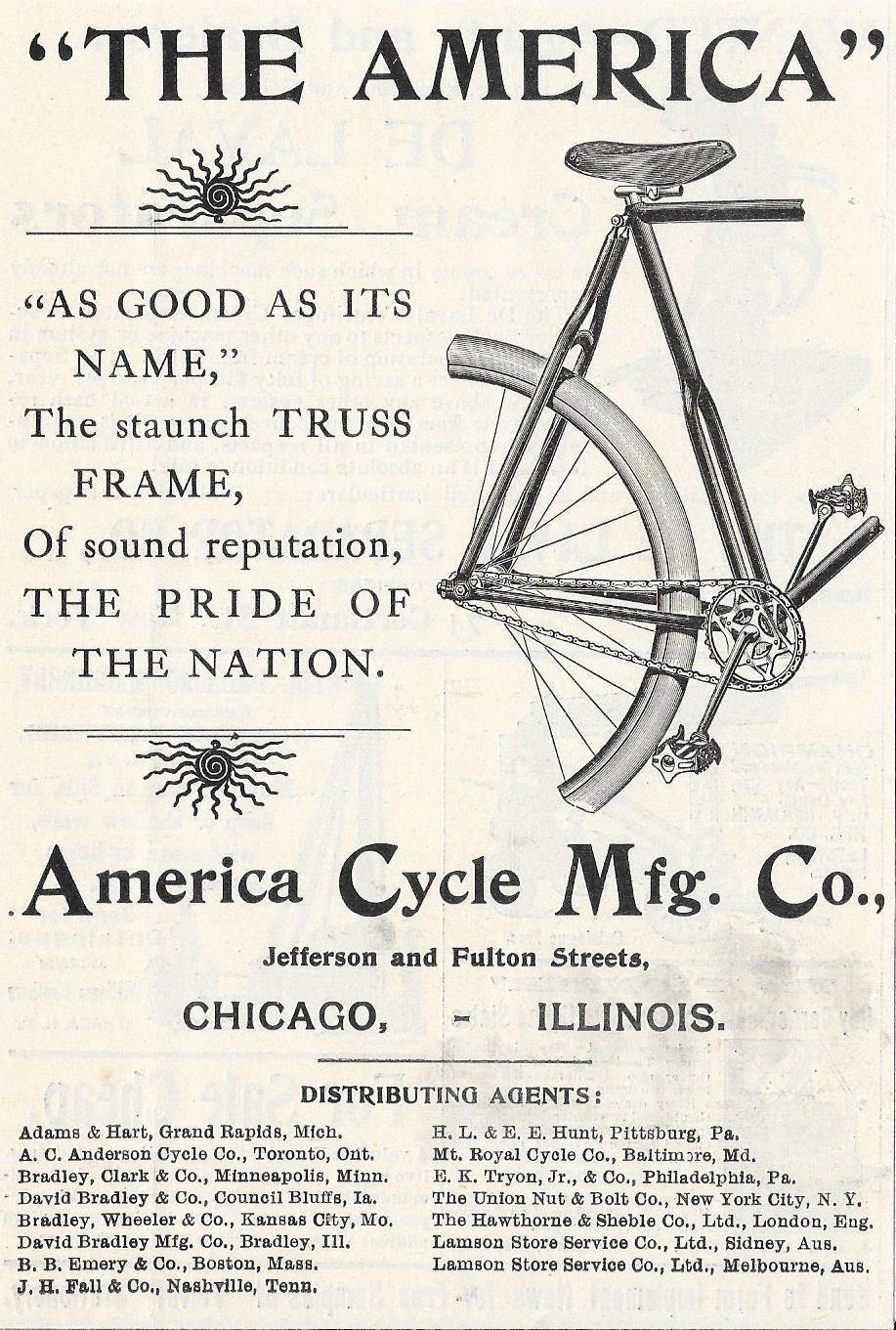 A lot of people—even Chicagoans—don’t know this but Chicago will always be an important part of bicycle manufacturing history. In an effort to document, preserve, and archive the history of the bike industry, what are you hoping the viewers will take away?
With this show we, first, hope to provide a broader appreciation of design and how the design we interact with every day impacts both how we understand objects, but also how that design shapes our experiences. Second, to elevate the understanding of the impact of Chicago and the design generated by it and for it on the American mythos of the bicycle. Third, to reconnect visitors with the joy of riding a bike while also connecting them to the legacy of the industry in Chicago. Finally, we hope to encourage people to continue learning about the design and manufacturing history of Chicago, as well as contemporary cycling culture. This is only one of many stories to be told, and we hope it piques people’s interest to find out more.