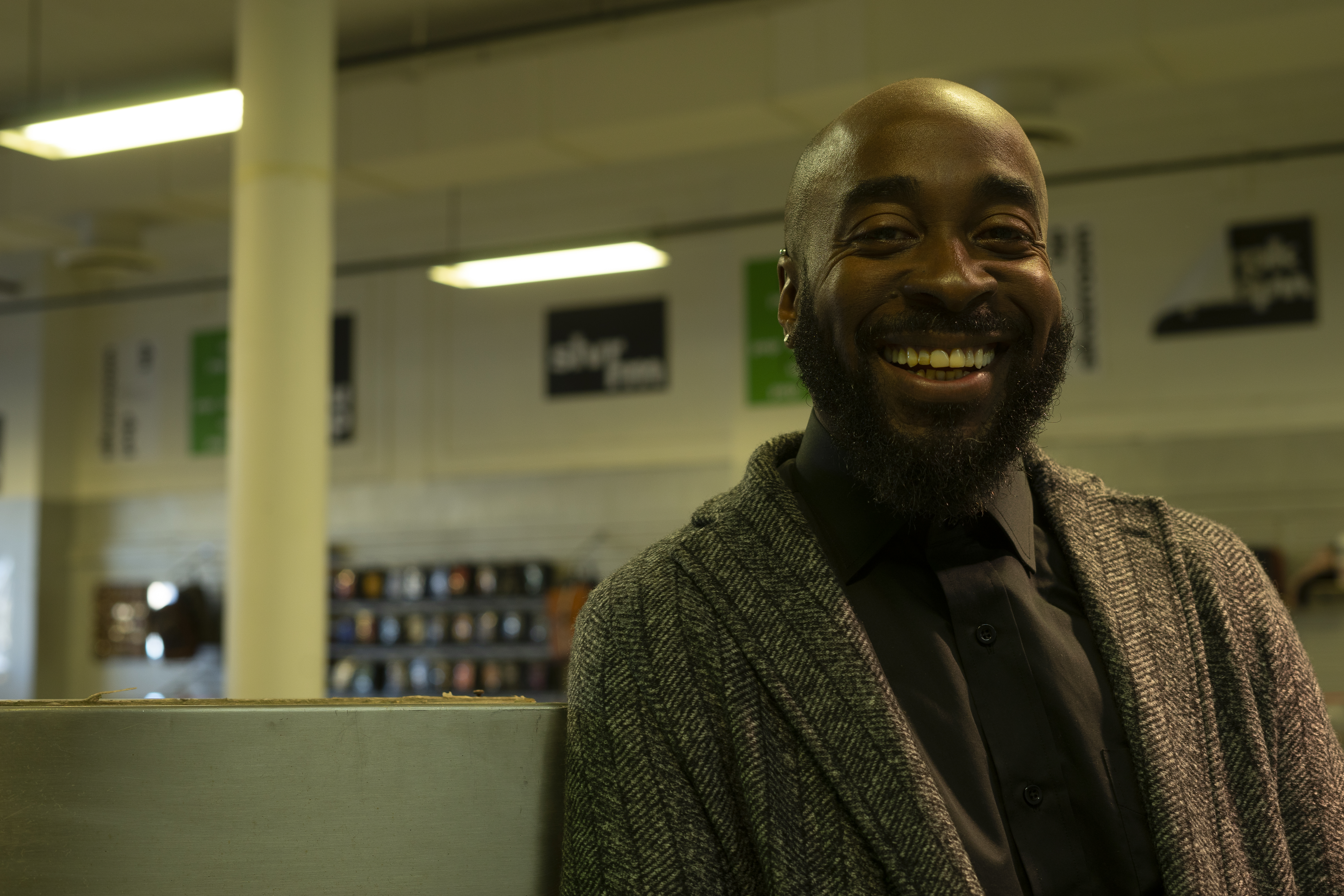 Eric Williams is a Cubs fan. But that’s not held against him on the South Side of Chi. Instead, he is held up not only for what he’s done and what he plans to do, but for what he represents. 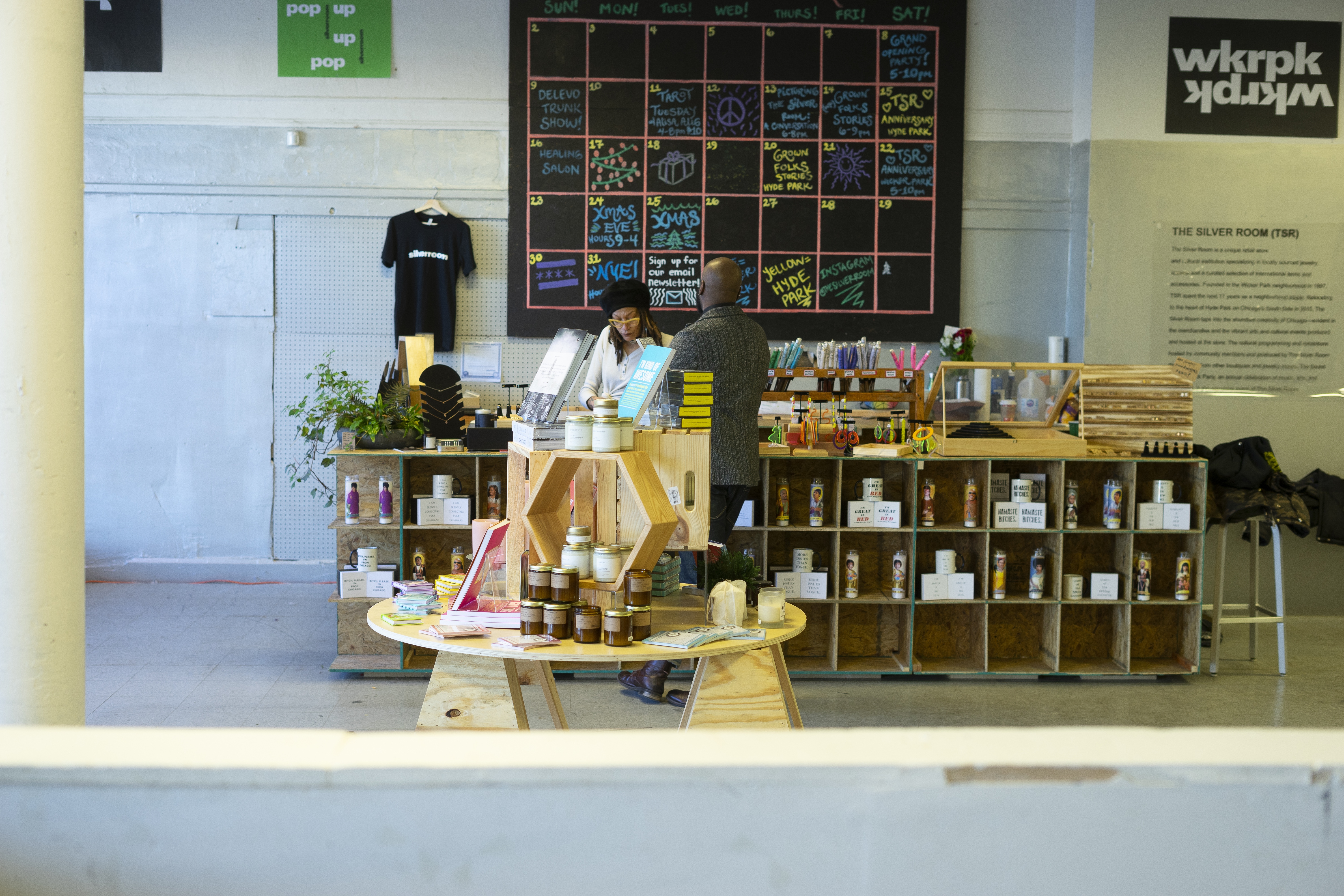 Williams’ The Silver Room has over those years—three in Hyde Park after its 2016 relocation from Wicker Park—become more than just a business, more than just a boutique retail space on the South Side that gained national attention for its annual summer block party, as it has for being one of the best hubs in the city for finding and showcasing black creativity. And that’s all been a part of Williams’ plan. Again, part of his plan.

Define The Silver Room. What do you see as its purpose beyond just retail?

I think retail is very important. Being a black entrepreneur is important symbolically, visually and we take it for granted sometimes, because we don’t think about our blackness in every single second. Like for me, if I see this really nice piece in Paris, I’m [only] thinking this piece. But then I have to think, “Wow, what does this represent?” The fact that I can travel around the world, be in these spaces, these spaces of fashion, of art, of music, with everybody else and come back and share it here makes it more meaningful.

Again, the cultural side is obviously important. We dabble in politics, we dabble in issues of education. I’m working on some health and wellness stuff, trying to get my friends that are having issues to link music and wellness.  It’s not just selling stuff, it’s about how do I help solve cultural issues in our community? 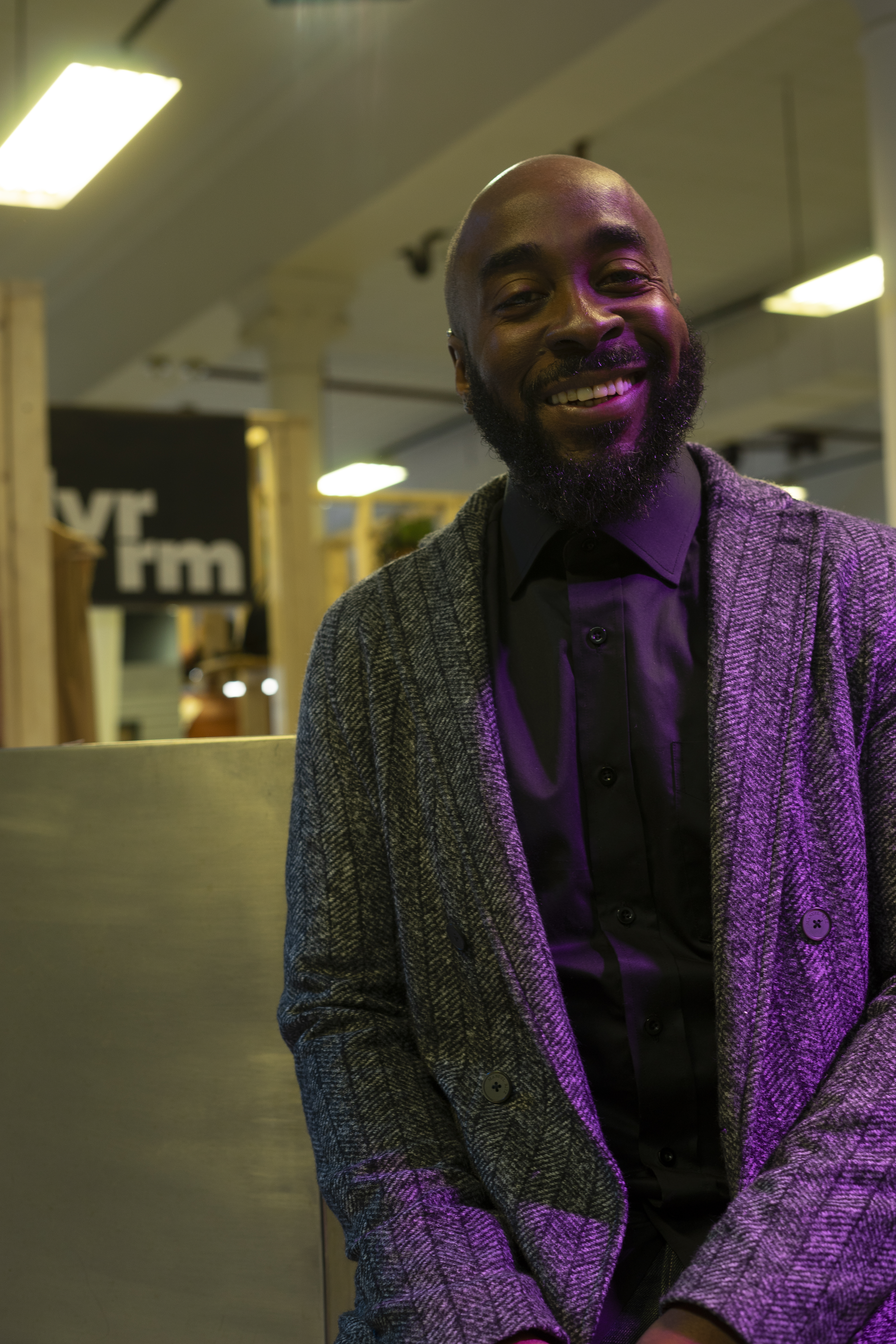 Do you carry that responsibility with you?

That’s why I went to Harvard actually. [laughs] And I think there it was more in my face. I like the fact that I could use this place as a platform to do so many other things besides just sell stuff. To just sell stuff, honestly, would be easier and probably make more money. Just to have a retail space and do nothing else but sell stuff would definitely be easier, but to build this space that becomes a “community” that can leverage other things, is more important to me.

How do you feel as an entrepreneur about—and I’m going to use this word very specifically—”the energy” around what you are doing? And secondly, “the myth” of the energy as it attaches itself being the owner and creative director of The Silver Room?

It’s great. When you are working on something, like when you write a really great article, you don’t know how great it is until you get validation from other people. It’s the same thing with me. I have a lot of ideas but it’s not until I see how it affects someone else that I’m like, “Oh, wow, okay. that was important.” Going away, I saw that for the first time. I mean, being in these rooms with these very important people, and the work I do as a retailer is as, if not more important than an urban planner. What I was talking about was a retail space that acts as a community center, as an art gallery, as a form of urban planning, meaning shaping communities. People have told me that they’ve moved to Hyde Park because The Silver Room is there and it played a big part in their decision.

And that’s what I’m talking about, that energy! Because it doesn’t always return itself in dollars or money spent.

Yeah, it is those things, that’s all a part of urban planning that now helps shape community. Because now it’s people like us [Autumn and Brian Merritt, owners of Sir & Madame, and Michael Scott Carter, co-owner of Fabiana’s Bakery and Bibliophile] who are now in this community and can walk down the street and have conversations about things that are important specifically to that community. That’s number one. And it’s a difficult thing to do. And like anyone who is really good at what they do, they make it look kind of easy, when it’s not. 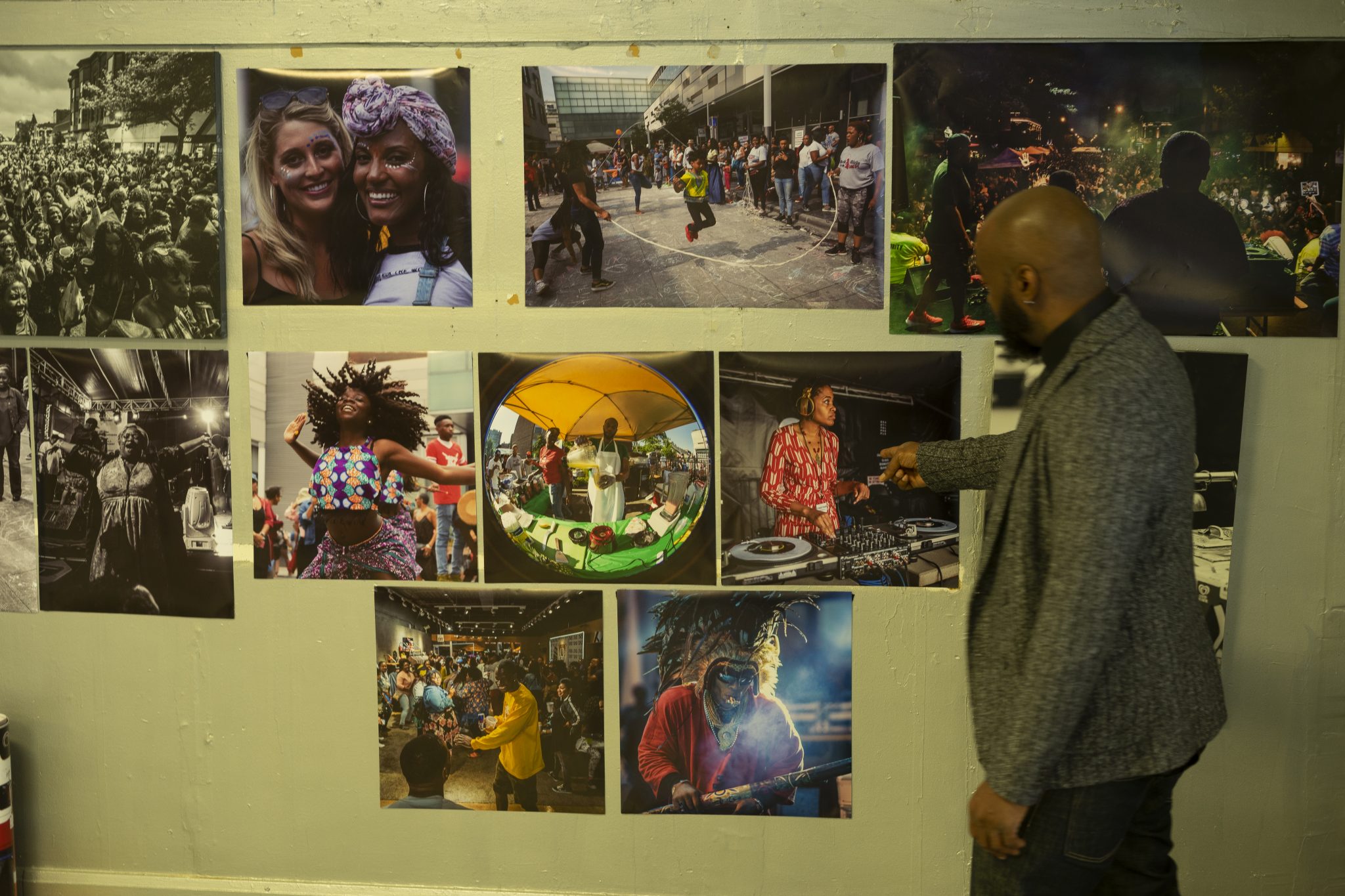 Transparency. It was a misunderstanding that began inside the pages of this magazine. An item written in the Newcity 2017 “Best of Chicago” issue:

Best New House Music Picnic Gathering—The Silver Room Block Party
Yet another massive, daylong gathering of black folk on the South Side where nothing goes wrong: no violence, no crime, no shootings, no real arguments or fights, that goes unspoken, unnoticed and publicly unmentioned. Another beautiful summer gathering centered on the magical power of house music that happens only in Chicago, which the rest of the world knows nothing about because, well, there’s nothing sexy about black people in Chicago getting together and not killing one another.

Simple. Sweet. Sarcastic. No one got it. Almost immediately after the issue dropped and was posted, the Facebook flood began. On Eric’s page, heat+drama collab. Even Mario Smith of The Promontory, the “Mayor of Hyde Park,” got dragged in. Whose post led to a chain reaction: Mario contacting Williams followed by The Silver Room owner contacting Brian Hieggelke, Newcity’s editor, followed by the Newcity editor contacting the anonymous writer. Me.

“Have you seen this?” Hieggelke asked. “No,” I responded. He led me to the rabbit hole of the hatred I created. Which led to this text message to Smith: “Mario, It’s Scoop. That was me who wrote it.”

The use—or misuse—of the word “picnic” in association with a “block party”; the obvious tongue-in-cheek nature of the write-up that wasn’t so obvious; the triple-reverse racism within readers who automatically assumed that a white journalist, not a black writer, had written it. All lost in translation.

I fucked up. But instead of running from the situation, I ran toward it. “Eric,” I said as I rolled up in The Silver Room, “We need to talk.” His response: “We sure do.”

The last thing that this city—or any major city for that matter where black and brown people are at odds with local government, police, outside cultures and ultimately ourselves—needs is two brothas off the same page while trying to move in the same direction. It’s that “black thing” that we don’t talk in the company of or to white people about; it is the last bit of ammunition we need to give them; this be some “we” shit, not “them.” It’s a situation that happens way too often: a small misunderstanding leads to way worse. And not that Eric and I are Malcolm and Martin or even Kanye and Drake, but the bigger pic remains: The last thing we need to do as two black activists-creatives-fathers-businessmen—that are out in the streets of Chi everyday fighting to be the black male example that CNN’s “Chicagoland” attempted to act didn’t exist in the city—is to allow this situation to turn into a dividing line. We already got a president to do that for us.

What followed was an hour-long talk. One that too many black men who walk this Chi concrete don’t have. What also followed was a greater understanding of purpose and an agreement to build. As Williams said before we parted: “Even before I knew it was you who wrote that, my point to [Brian] was, ‘Something about the way this was written, I don’t think represents [us] correctly. Here’s my reasons why and let’s figure out a way to make it better.

“My thing is: Where can we as black people meet? On one-hundred percent? Ninety-five percent? Shit, we can meet on fifty-two percent. Look, you have a great platform, you have a great voice, how can we—despite all of this initial misunderstanding—work together to help that. As a business owner and you being the same, if we really care about small business and businesses, we are going to make these businesses better. I want everybody to be better, I want The Silver Room to be better, I want The Promontory to be better, and that’s the way it should be. But we unfortunately don’t live in a world like that.”

This interview took place three weeks after 2018’s Block Party. Another 30,000-40,000 people crammed into downtown HP. Again, no violence, no crime, no shooting, no real arguments occurred. For the third year (fourteenth overall, the original took place in Wicker Park from 2003-2014) “black” Chicago came out to celebrate what Eric’s boutique stands for and represents. 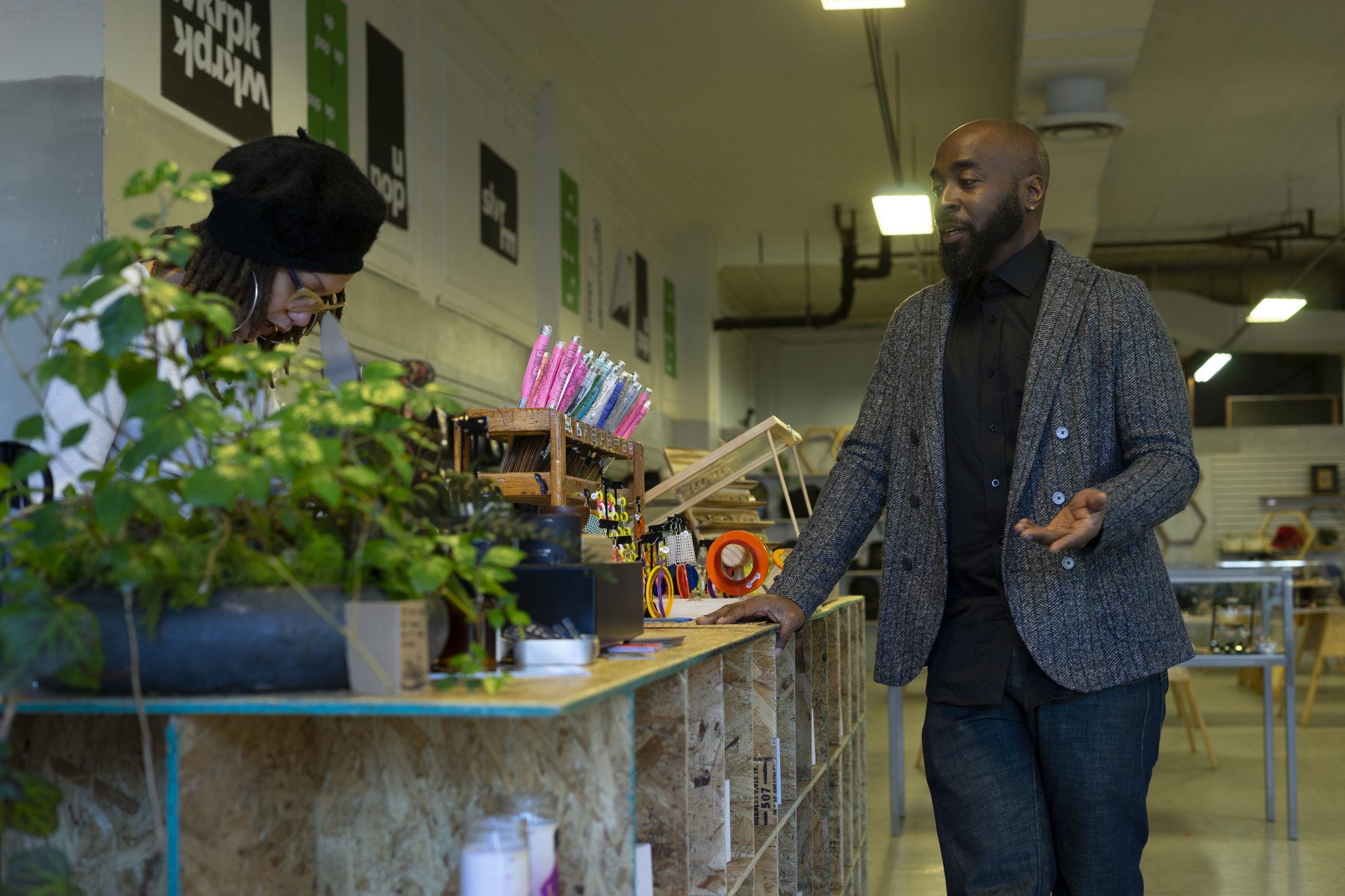 As Williams says, “The thing is, we have this conversation but what comes after that?”

The “after that” is where Williams now exists. For Williams, The Silver Room is just the beginning. The jump-off. It is his temple but not his Egypt. Which makes him no different from Billy Dec or Bill Rancic. But people won’t see it—or him—like that. “Black man taking no losses,” is what Kendrick told us.

So is The Silver Room enough?

I’m thinking of creating a company called Proximity. And Proximity means being in the room with people who do certain things. Having a space that is inspiring, that is beautiful, that is seen as something that can be attained and achieved, is very, very important. Every decision that we make from what you buy, how much it costs, what music is playing on a certain day to who’s working there, all of those things play a part in trying to shape a space. And you gotta make money at the end of the day! That’s why I’m always clear [about The Silver Room], we’re not a nonprofit. When I was at Harvard everybody was like, “Is this a non-profit?” No! This is a for-profit business! It’s not this model of like, Somebody else felt sorry for us, gave us some money, now we have to have a board to figure it out… No, no, no. We are going to keep this thing going by people who look like us supporting and buying stuff. Now, I can take ten percent of what I made for the year and throw this event that helps the community or I can have some events in the store for kids or I can give somebody a space in the store for free.

I never feel that I have to. No, I don’t. That’s my honest answer.

Okay, then do you feel it’s a gift or a curse in what you are doing because of the weight and responsibility black entrepreneurs, who trying to do something, carry around with them as opposed to say the disconnect a larger, corporate company or business, that really doesn’t have to deal with or be directly connected to the community they cater to in that way, may have?

To me, honestly, it’s a gift. A part of it is my father. I grew up [in Robbins, Illinois] with my father and this place called Manny’s Blue Room. And he brought our town an ambulance. He helped to raise money because we didn’t have an ambulance. Somebody would fall out, we’d have to call Crestwood, Midlothian or Blue Island, you know, people are dying. So I was of raised that way. Whatever platform you have to do something good, you should utilize it. And so fast-forward, I remember the first time I had an art show in The Silver Room, I didn’t think about it being an art gallery. I had blank walls. I’m like, “Man, we have friends that are artists, I can put [their work] in a public place, they can sell it, we can split the money? Cool.” So just having a platform to be able to share with people is a privilege to me. It’s not a curse at all. Because at this point of my career, it’s more about everybody else than it is about me. 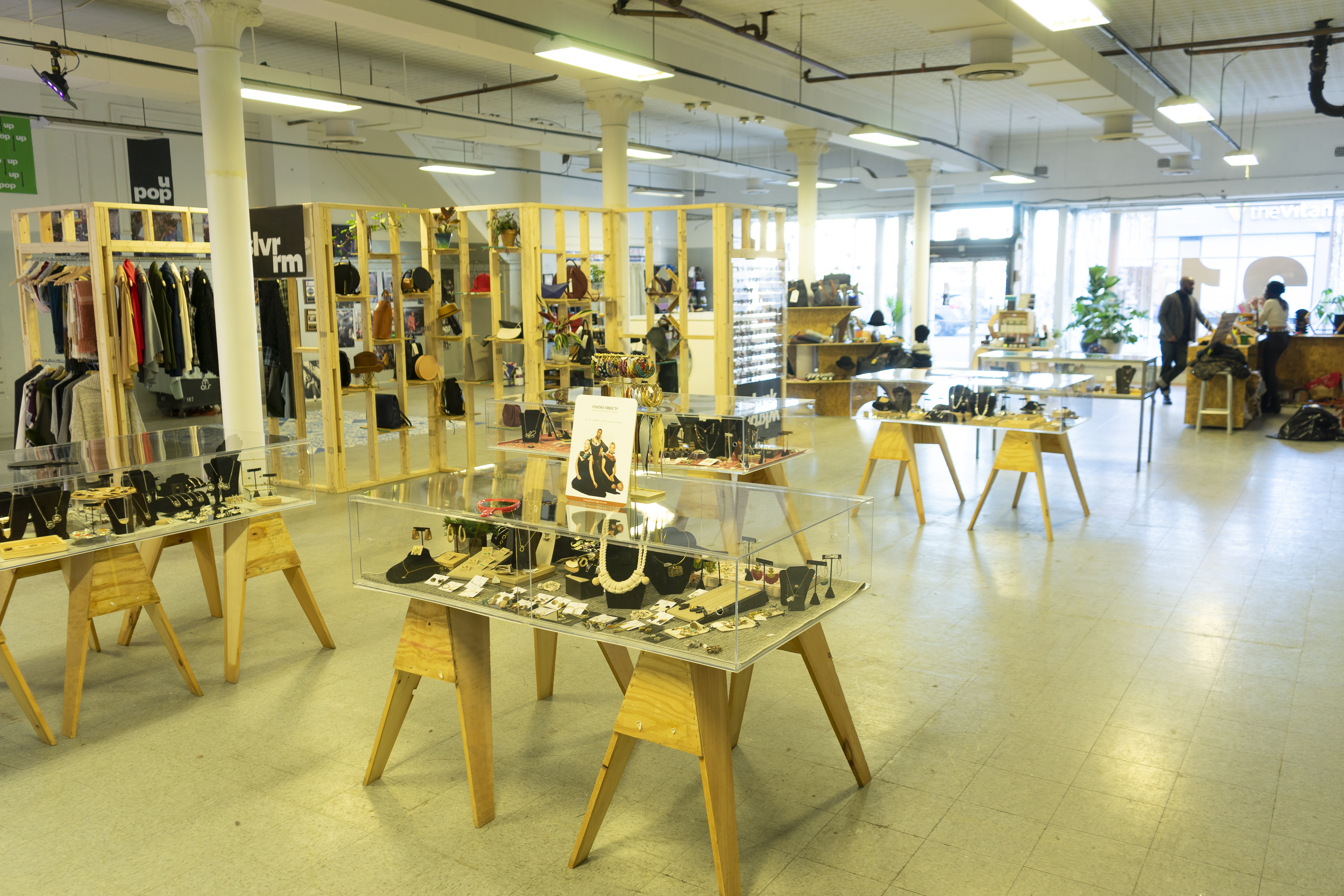