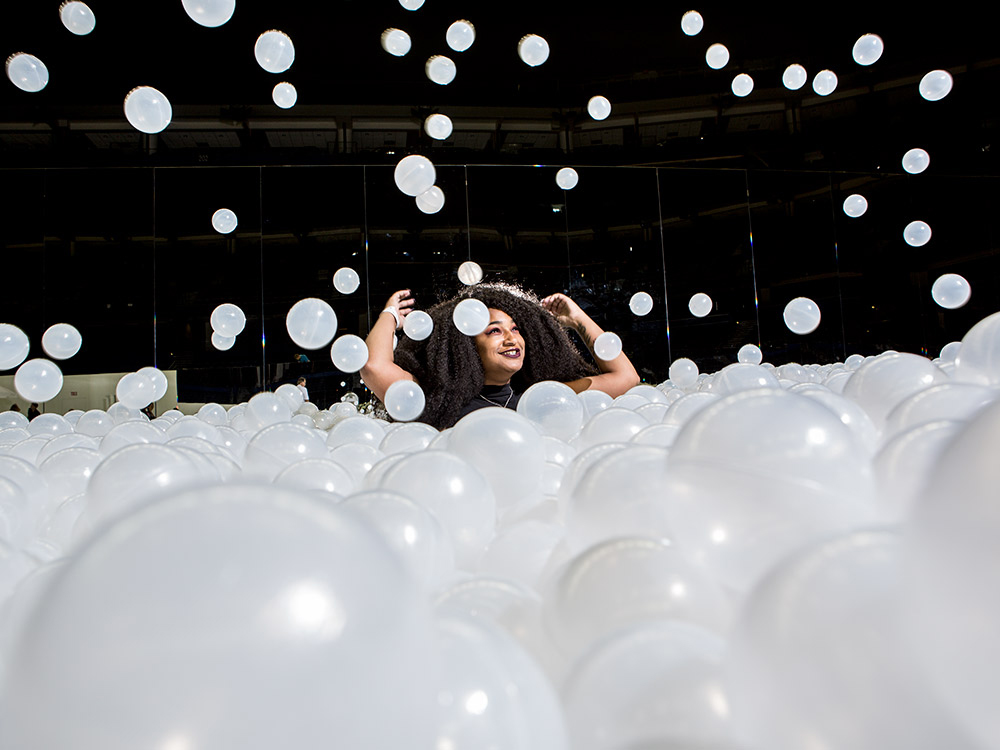 1
The Beach
(Navy Pier)
Filled with more than a million recyclable antimicrobial plastic balls, the Navy Pier ballroom looks a lot like a day at the beach—complete with umbrellas, sunbeds, lifeguard chairs and donut-shaped floats. Created by New York-based designers Snarkitecture, the immersive art installation lets you pretend it’s summer in the middle of winter.
(Through February 3)

2
Keep Moving: Designing Chicago’s Bicycle Culture
(Design Museum of Chicago)
Last chance to look into Chicago’s Bicycle Culture. From the city’s contribution to the early popularity of bicycles in America, as the nation’s center for bicycle manufacturing—it produced more than two-thirds of the bikes made in the United States—to its significance to the growing contemporary environmental movement.
(Through March 3)

4
African American Designers in Chicago: Art, Commerce and the Politics of Race
(Chicago Cultural Center)
An exploration of Chicago’s art and design legacy through a wide range of media—graphic design, illustration, cartooning, sign painting, product design—showcases how African-American designers and artists remade the image of the black consumer and shaped American advertising and consumer culture.
(Through March 3)