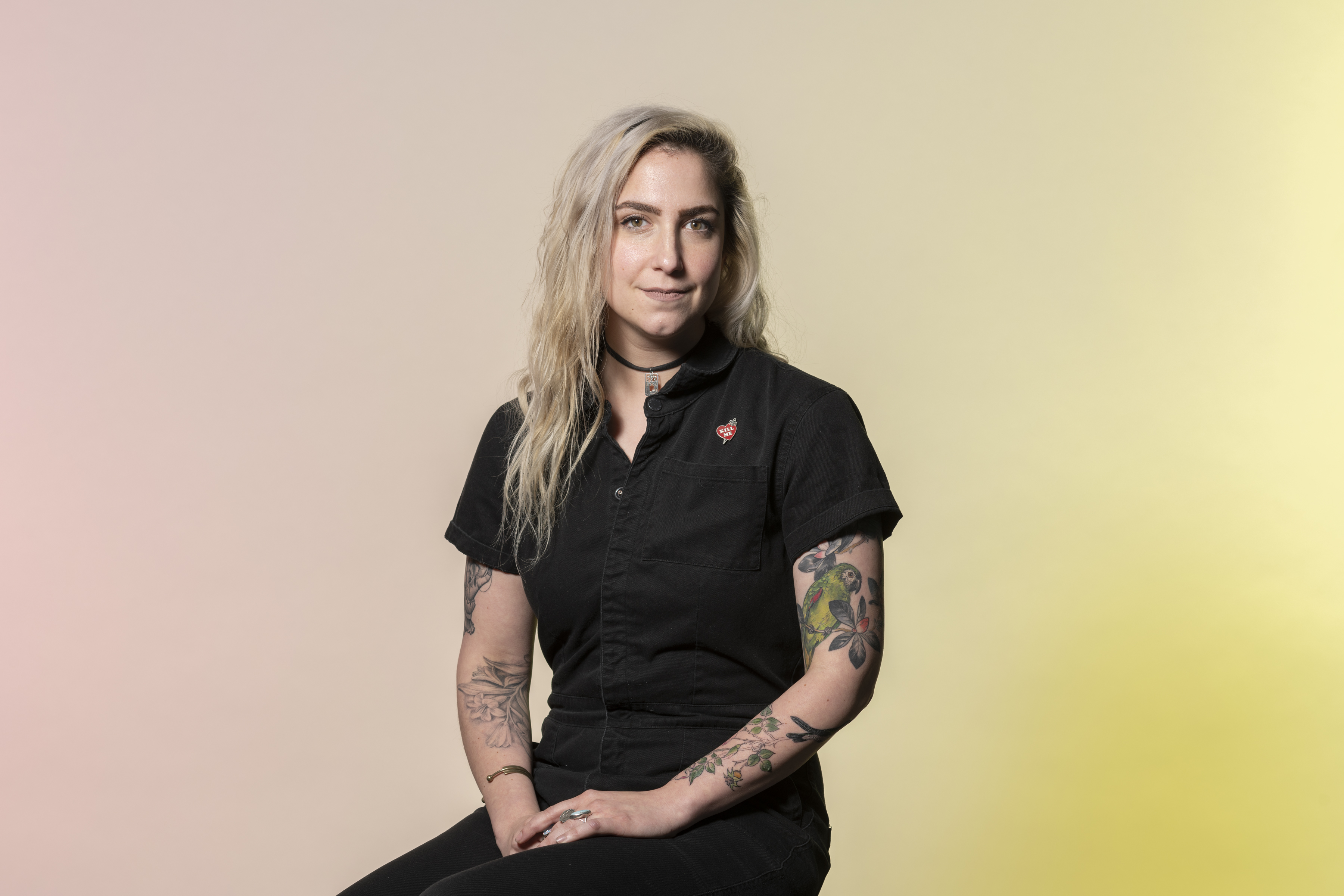 40
Jenna Blazevich
Founder-Designer, Vichcraft
A feminist lettering shop, an activism-driven design studio, a collaborative workshop space, a social media sensation—Vichcraft is the brainchild of independent graphic designer and artist Jenna Blazevich. Blazevich is taking over the Chicago design scene one meticulously stitched slogan at a time. Blazevich collaborates with small businesses and world-renowned brands alike, sets up pop-up shops at local craft fairs and markets and throws chain-stitching events dragging her eighty-year-old Cornely machine around the city. And it’s worth it because by now you probably already own a piece of her work: a tote bag, a mug, a bandana or a denim jacket with her signature slogan “Girls to the Front” stitched on the back. 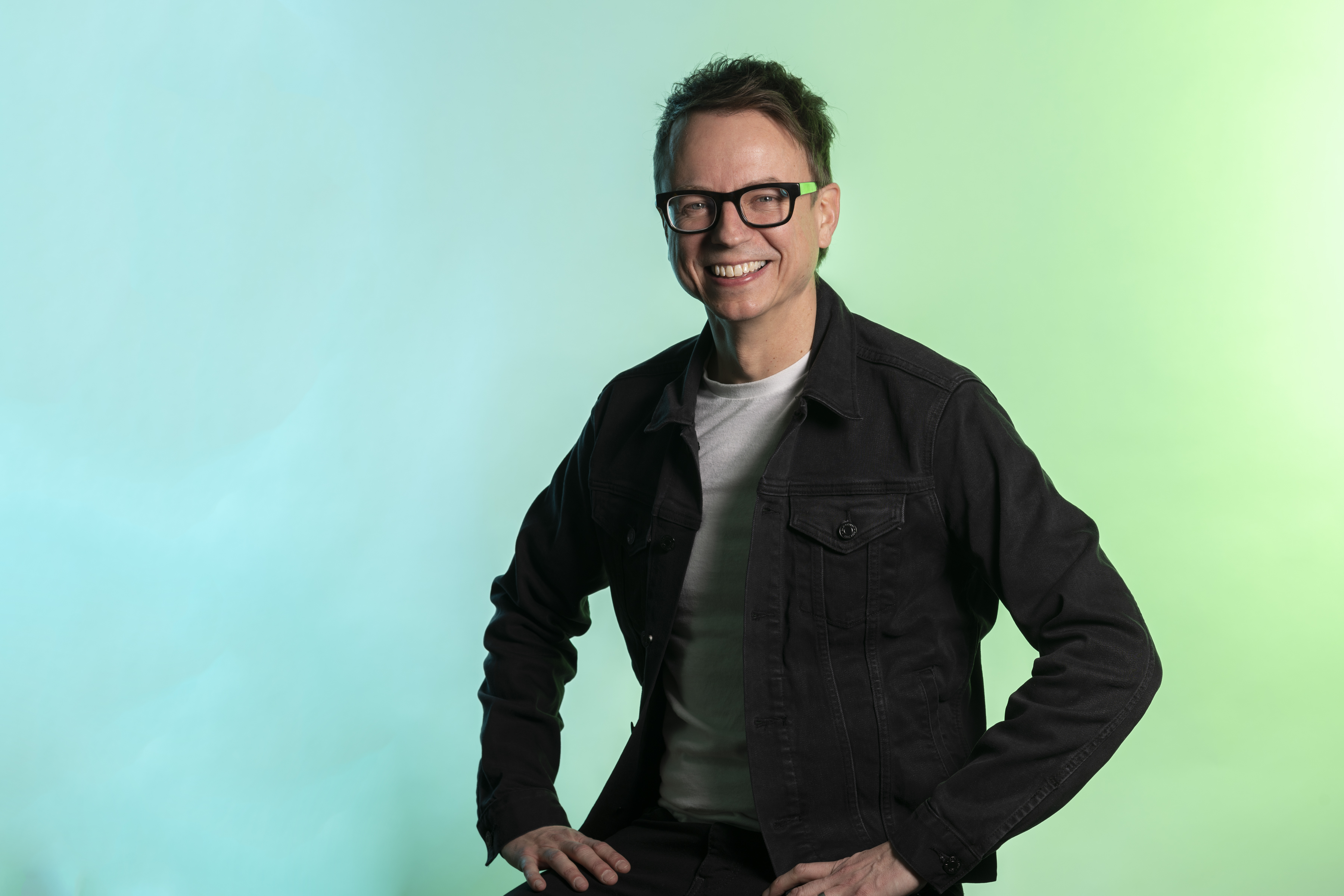 39
Chris Eichenseer
Founder-Creative Director, Someoddpilot
“There are so many odd facets to reality, to time, to the universe—there must be some odd pilot flying the plane and taking us all on this ride,” says Chris Eichenseer, founder of the Wicker Park design studio and visual communication agency that started as an indie record label twenty years ago. Still curious about art and design, branding, product development, the power of the experience, and most importantly, life itself, Eichenseer works in between aspects of culture. The latest, bringing to life “Space Becomes You,” their first capsule collection that launched as an apparel line, a photo book, an art exhibit and a film—with one burning desire: to make the world a more inspiring place for everyone. “Someoddpilot started in the late nineties in Chicago, and I want to see that level of community realized anew,” he says. “I’m talking about places to go, shows to see, art and music to make, forget your phone and your iLife, and actually BE with the people who care about what’s going on, who want to see more, play more, talk more and freak out together more. That’s what Public Works is, that’s where we are hoping to take it, that’s what Someoddpilot can do—bring people together in a real way.” 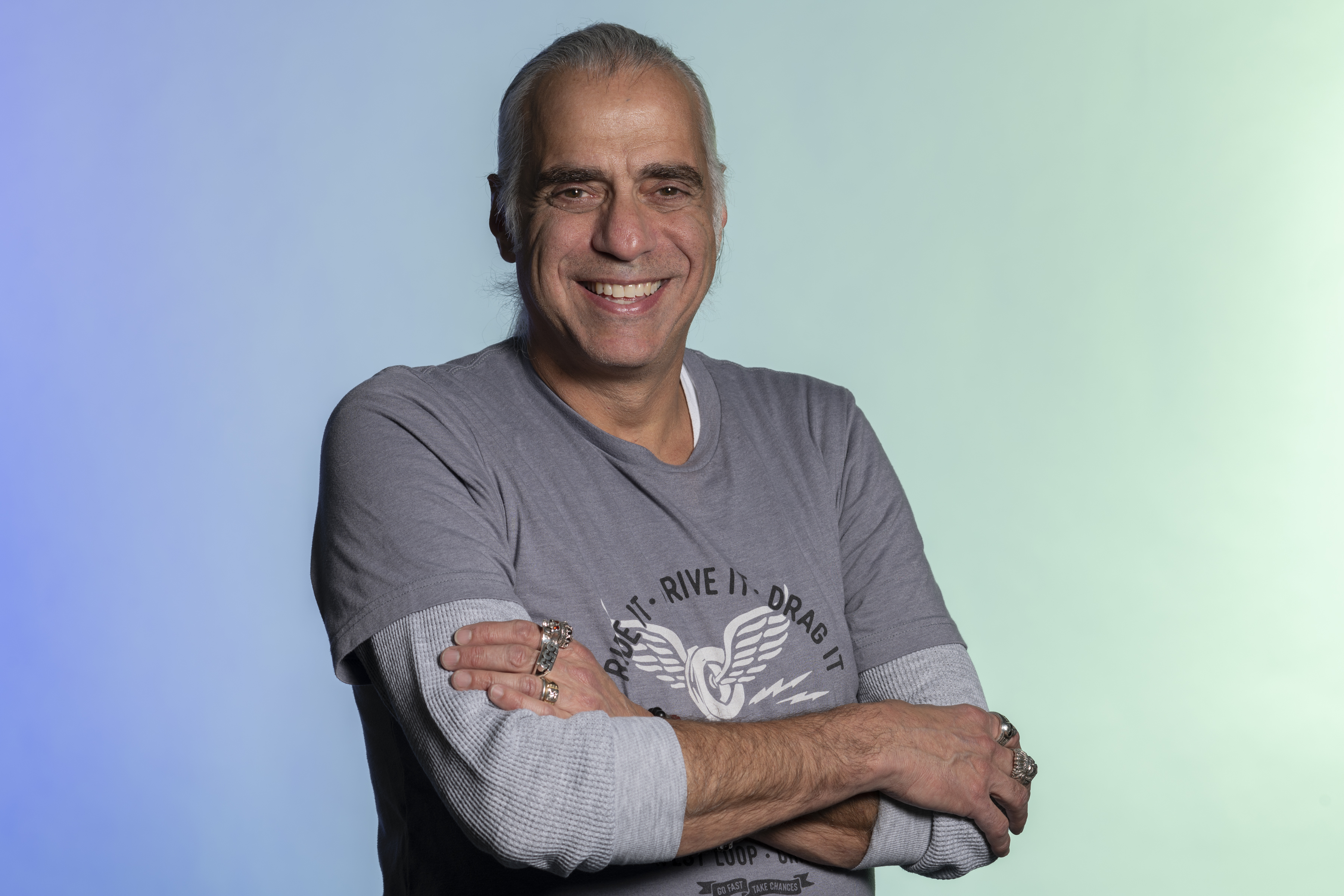 38
James Geier
Founder-President, 555 International, Founder, Ol’Style Consulting
The man behind 555 International, an award-winning global interior design, development and fabrication firm based on the South Side of Chicago, which undertakes projects worldwide designing and manufacturing custom wood, metal, lighting, signage and feature products, is more impressive than the work itself. With a fine arts degree, alongside industrial engineering and business administration education complemented by thirty-plus years experience, and behind some of the most elaborate interiors in town including the Soho House fifth-floor bar, the creative and eclectic Girl and The Goat, the Goose Island Brewhouse, the Madhouse Teamstore for the Chicago Bulls and the Blackhawks, and many others, Geier will get the job done with his signature roll-up-your-sleeves attitude and “cool heads prevail” philosophy. A fierce supporter of the local community, he brings his real-life experience into Ol’Style, a business consultancy practice existing within the real estate, retail and hospitality industries. There, he works hand-in-hand with property developers, owners, restaurateurs and global retail brands to assist with all components of the process, including: project management, owner representation, site evaluations, planning and programming, ideation, product design, brand positioning and development, fabrication, manufacturing, budget, bidding and general construction oversight. His latest venture? Collaborating with the Freeman School of Business at Tulane University to develop an innovative Masters program focused on “Entrepreneurial Hospitality” that is dedicated to preparing graduate students for the future of hospitality in business. When he’s not working you can find him at his Fulton Market District gallery and event space, Morgan’s on Fulton, where you can talk art—Geier is a sculptor and a lifelong arts benefactor—or cars and motorcycles at his newly founded Morgan Street Motor Club, which convenes every third Sunday of the summer months. 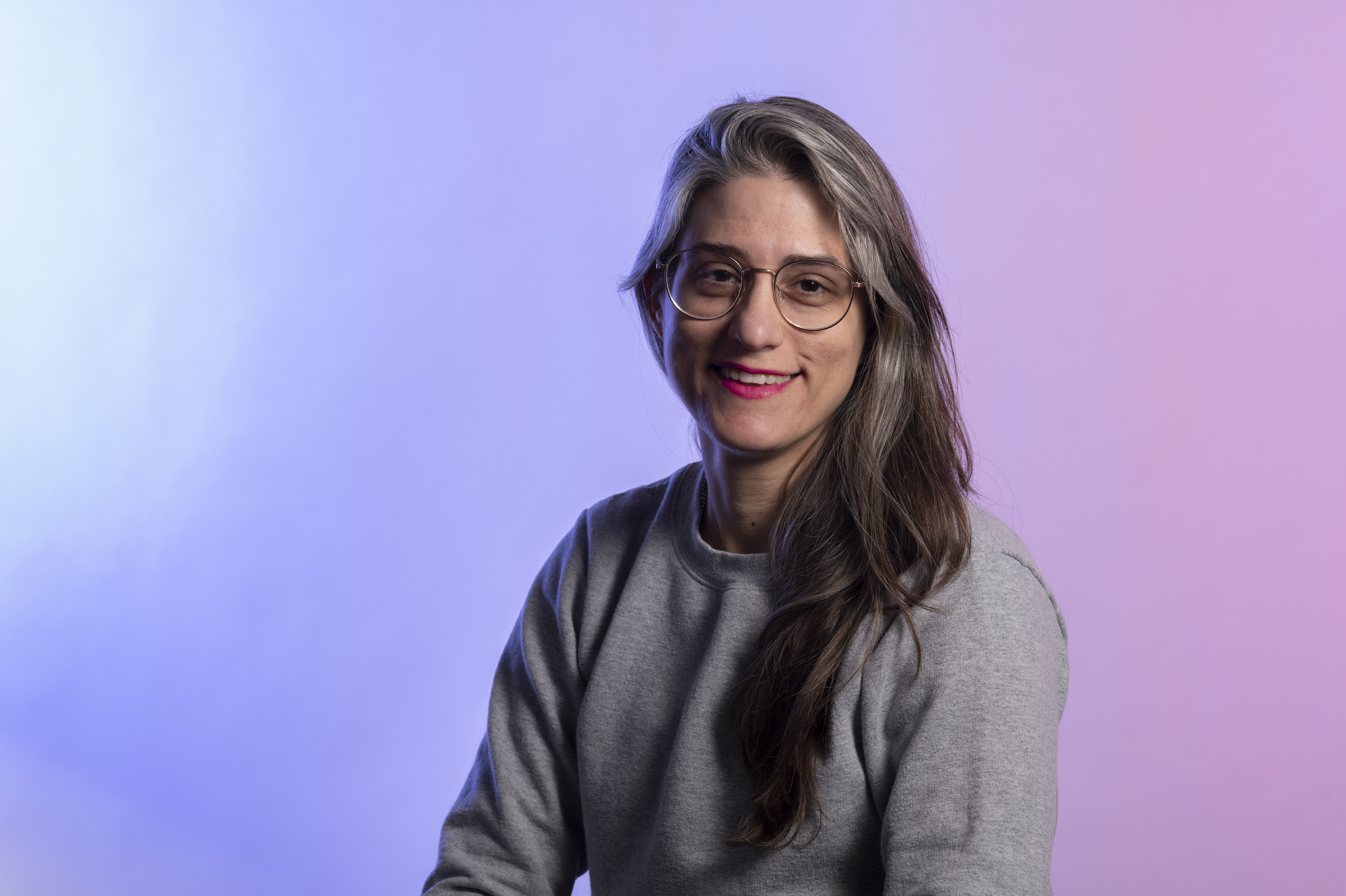 37
Anna Cerniglia
Director, Johalla Projects
“My vision is to create more artistic collaborations that give artists more platforms to live, exhibit and perform in,” says founder and director of Johalla Projects Anna Cerniglia, who is also a freelance producer and a lecturer at the School of the Art Institute of Chicago. “Johalla’s mission is to honor the integrity of artist’s work while also celebrating the diverse ways they can engage with the city and audiences,” she says. Cerniglia spends her time tirelessly working on converting unconventional spaces into alternative venues for exhibiting art throughout the city—from a storefront, to a party venue, to the streets, to a mall. The only thing bigger than her love for art is her love for the city:  Cerniglia has offered creative consulting and has produced large-scale installations for festivals—including Pitchfork and Lollapalooza—as well as a wide range of pop-up public programming, spanning lectures and talks, murals, exhibitions, immersive installations, events at a local and national level for over a decade, “I really love Chicago,” she says. “I am excited to see the city’s recent economic and creative growth because it makes room for companies and individuals to support meaningful art acquisitions and creative projects that enhance it.”

35
Celeste Adams
President-CEO, Frank Lloyd Wright Trust
“The presence of a Frank Lloyd Wright house can be a uniting and energizing focus of neighborhood volunteerism and pride,” says Celeste Adams, president and CEO of the Frank Lloyd Wright Trust. Adams has carried this spirit forward since 2010 through the Trust’s mission of engaging, educating and inspiring through the interpretation of Wright’s design legacy. “Eventually, I think Chicago will be the most beautiful great city left in the world,” Wright predicted. With Adams, his vision is in good hands. 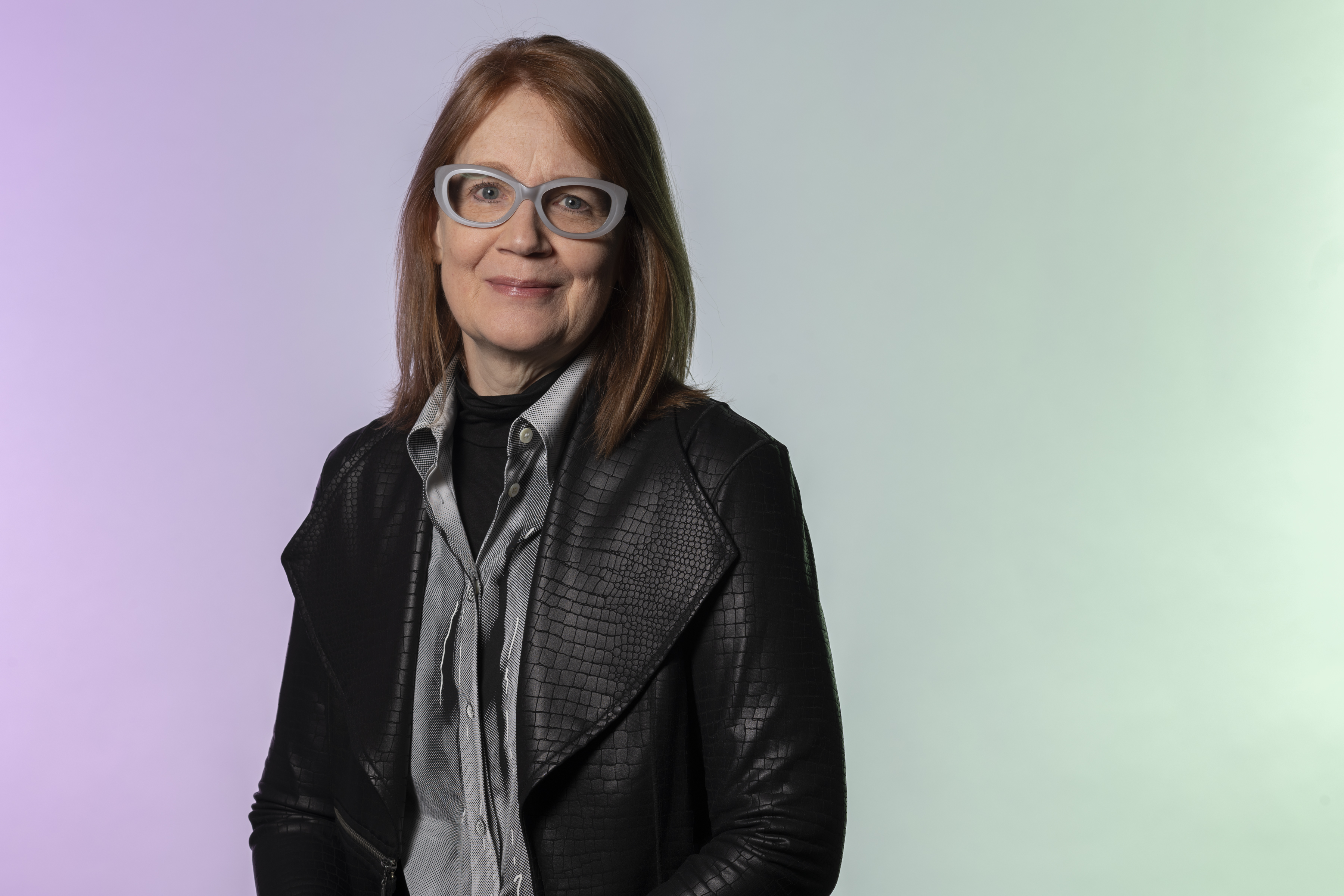 34
Marcia Lausen
Director, UIC School of Design, Founder Chicago office of Studio/lab
As Director of the UIC School of Design, Marcia Lausen, who also founded the Chicago office of Studio/lab, sees her design practice in the context of an academic anchored in a public research university. “The UIC School of Design graduates sixty-to-eighty future designers and design leaders each year. Chicago is one of the world’s great cities, and most of our graduates stay here to build their practices,” Lausen says. “Over the past two decades, the field of design has expanded dramatically.. There is growing awareness for the role design can play in the strategic realm of many other disciplines and design professionals are increasingly in demand to act as catalysts for change and to serve as leaders in team-based interdisciplinary exchange.” That approach comes with boundaries for Lausen. “The power and popularity of design thinking should not be dismissed, but it is not design,” she says. “I am committed to pedagogical values that are grounded in critical analysis but also in disciplinary expertise and aesthetic sophistication. My work is to attract and cultivate a faculty, each engaged in a uniquely relevant form of design, that collectively represents current and emerging forms of design practice.” 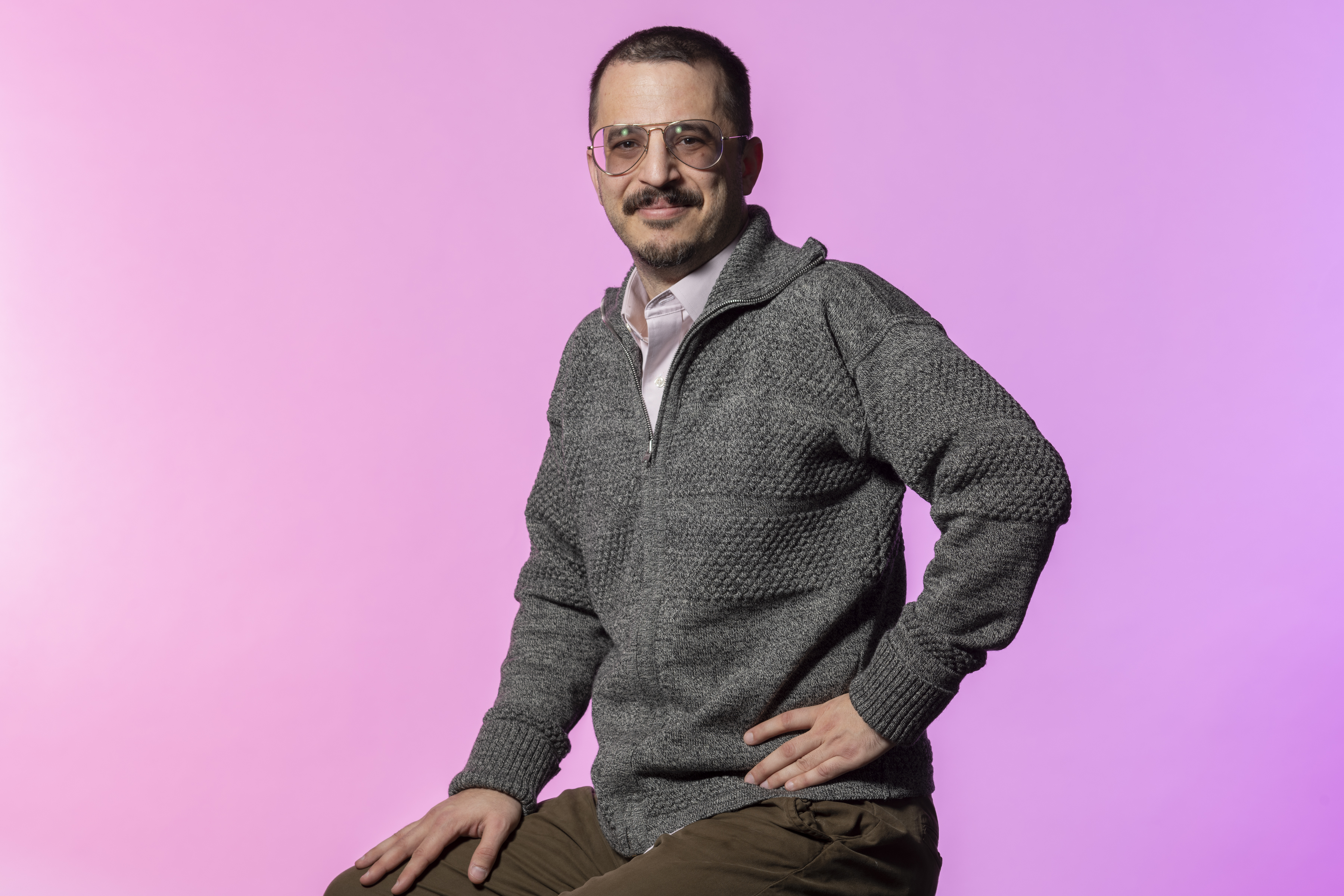 33
Jonathan Solomon
Director, Department of Architecture, Interior Architecture and Designed Objects, SAIC
Upon his appointment as director of the School of the Art Institute of Chicago’s Department of Architecture, Interior Architecture and Designed Objects (AIADO) in 2015, Jonathan Solomon made clear that his overarching goal was “to encourage designers to take an activist approach in culture broadly, to demonstrate the relevance and necessity of design in areas such as finance, politics [and] ecology.” A Chicago native, Solomon has long borne witness to a shift in Chicago’s narrative, from a city fixated on limitless progress to a city addressing more elusive problems like depopulation, decentralization and re-engagement with the natural world. Solomon has invited creative leaders like Amanda Williams, whose boundary-blurring architectural work investigates color, race and space in Chicago, and activism-minded practitioners such as Eyal Weizman, an architect who uses the tools of design for forensic analysis. Solomon also co-directs the newly established Space p11, an art gallery located within the Chicago Pedway. 2019 will be a year of uninterrupted programming for Space p11, which Solomon hopes will help establish the Pedway as a prominent site of cultural intersection. Of his broad-scale mission, Solomon says, “The challenges that the world faces are larger than the impact a professional practice tends to make when it stays in its lane. I need to encourage [students] to find new paths, to see challenges more holistically, to communicate more horizontally with others in order to tackle them.” 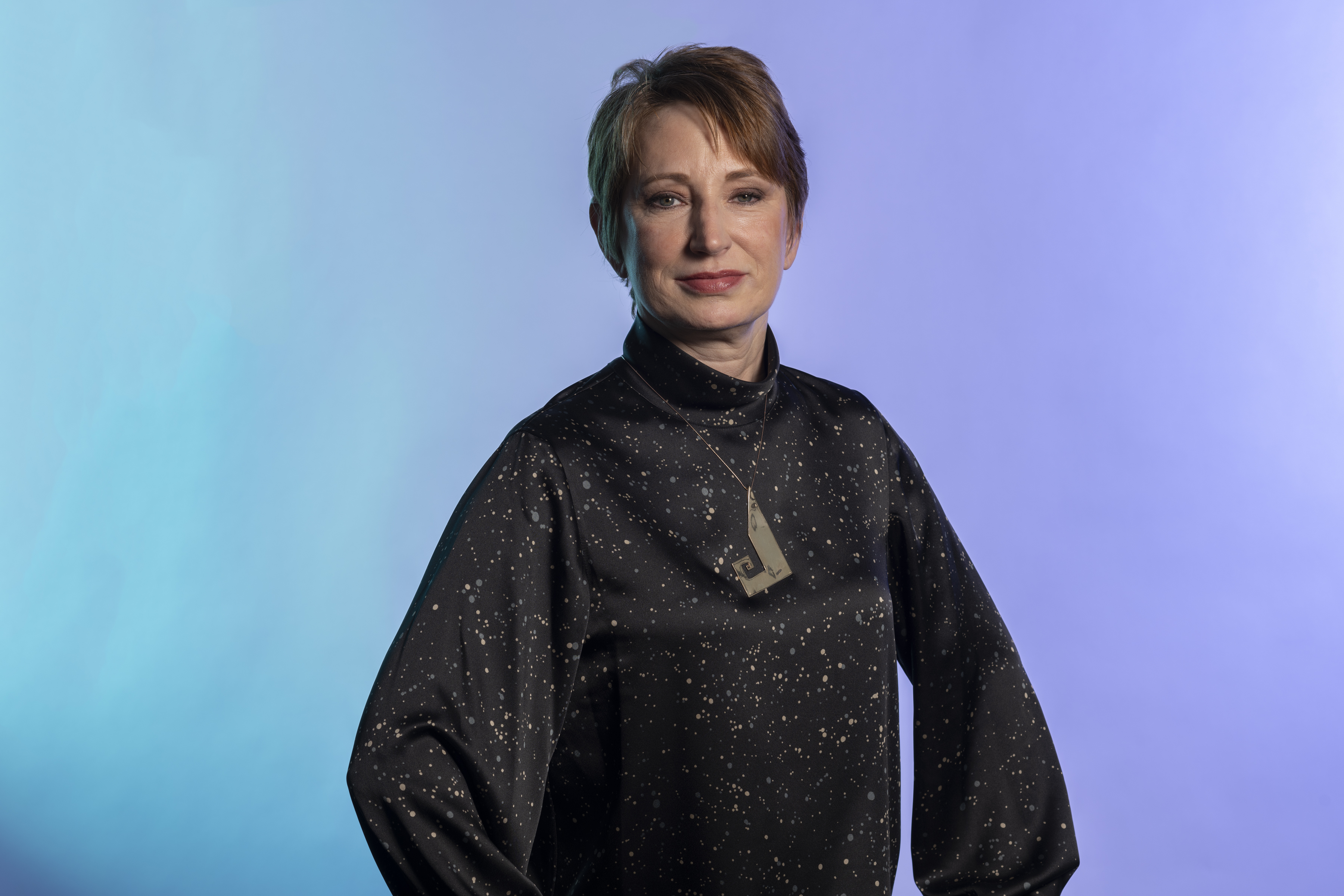 32
Elizabeth Kelley
Public Art Administrator, Chicago Transit Authority
To see fresh, dynamic public art in Chicago, look no further than your local CTA station. Elizabeth Kelley, who worked for the city of Chicago for fourteen years before signing on to manage public art for the Chicago Transit Authority in 2012, says that the city is experiencing an era of vigorous support for public art. “Artists have always been problem solvers,” says Kelley, and artists and public art are recognized as  having more impact than ever. “Across the city, we’re experiencing an all-time high of commitment, investment and activity in public art.” Current CTA project highlights for Kelley include installations at the renovated Green Line Garfield station, with site-specific and multimedia artworks designed by Nick Cave, and the rebuilt Red Line 95th Street Station, which will feature a combination of visual art, a functional radio booth and programming envisioned by Theaster Gates. 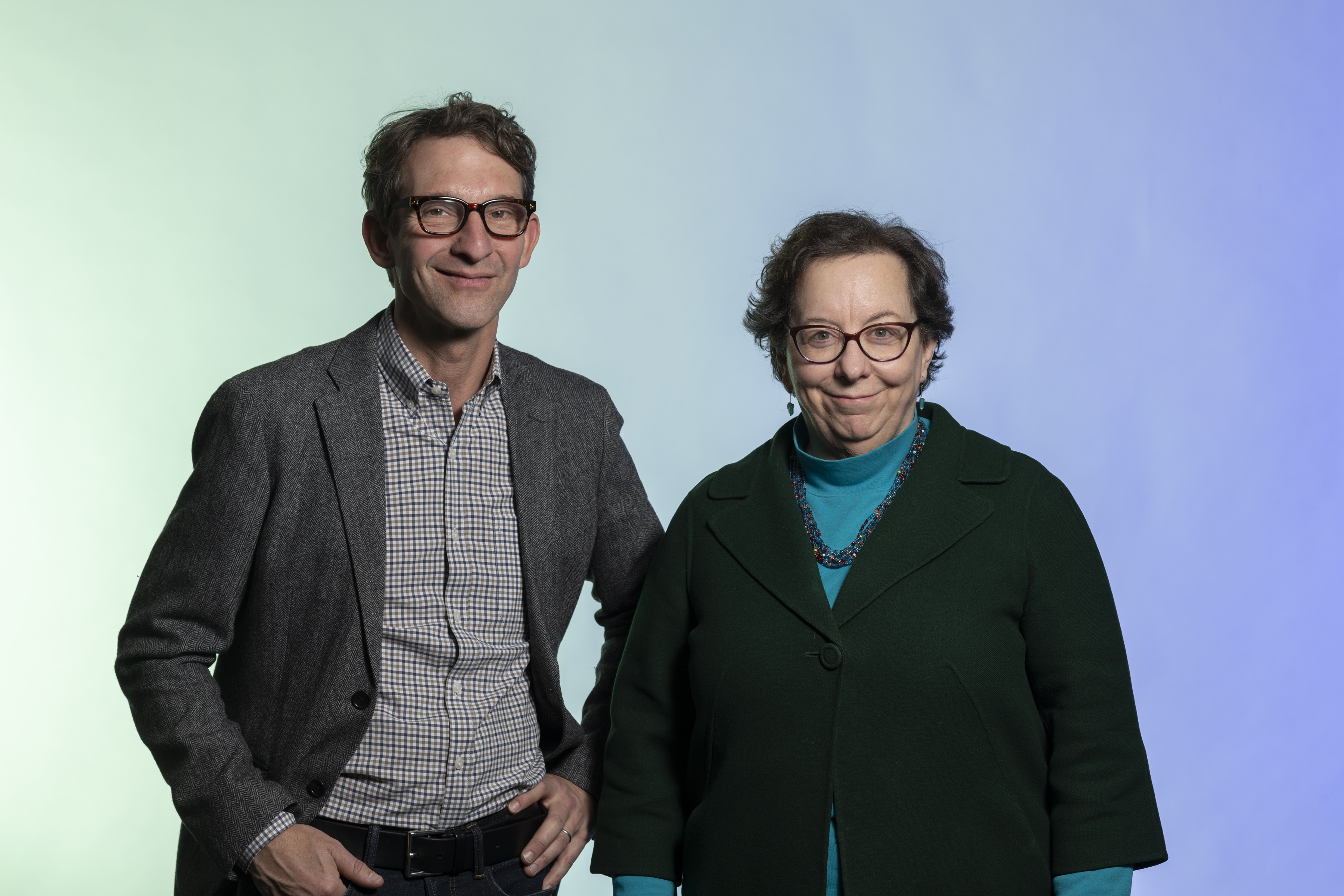 31
Zurich Esposito and Joan Pomaranc
Executive Vice President and Program Director, AIA Chicago
At the head of Chicago’s chapter of the American Institute of Architects, Zurich Esposito and program director Joan Pomaranc have transformed a once-moribund chapter of the professional organization. Through Esposito’s guidance and Pomaranc’s dedication and force of will, the Chicago AIA, backed by an exceptional staff, is now one of the most vibrant chapters nationwide, as well as a strong civic advocate for the quality of urban space in Chicago. Through special programming—including the AIA national convention in 2014 and continued partnership with the Chicago Architecture Biennial —and design competitions, exhibitions, talks and civic education, Esposito and Pomaranc educate, showcase and empower the design professionals of Chicago.