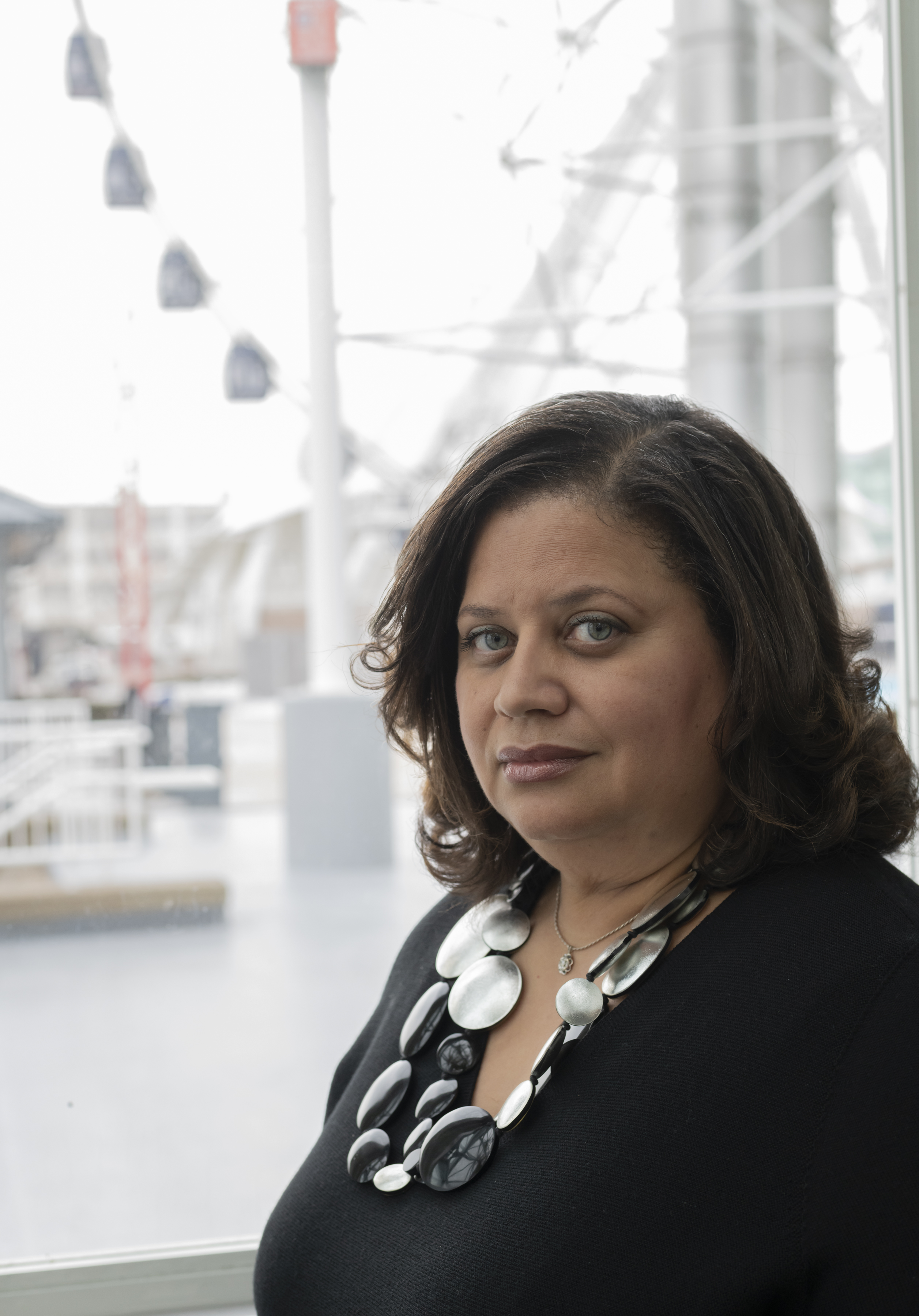 10
Michelle Boone
Chief Program and Civic Engagement Officer, Navy Pier
Michelle Boone was appointed to the newly created role of chief program and civic engagement officer of Navy Pier in August 2016. Seeing public space as a place of opportunity for local artists and creatives, Boone focused on developing programs that support Chicago’s vibrant arts and culture scene, partnered up with cultural, educational and community-based organizations and creative industries, striving to elevate the overall Navy Pier experience. Her latest project? Turning Navy Pier into a beach in the middle of the harsh Chicago winter with the help of Brooklyn-based Snarkitecture and EXPO Chicago, by bringing the traveling immersive installation The Beach in for two weeks in January. Rumors are that if Navy Pier is ever to become cool, she’s going to make it happen!

9
Ikram Goldman
Founder, ikram
Ikram Goldman’s mother would line her and her eight siblings up for inspections as she was growing up. No detail was left unscrutinized. This emphasis on appearance would form the root of Ikram’s own appetite for fashion, whose development culminated in the internationally renowned store Ikram, in River North. Since opening in 2011, the store has risen to global prominence, mentioned alongside Paris’ Colette and Milan’s 10 Corso Como as one of the world’s foremost fashion outlets. The store is synonymous with Ikram herself, who is known for her high-status clients (including Mellody Hobson, Linda Johnson Rice and Michelle Obama), for her larger-than-life persona, and for her honesty in fashion matters, whether positive or negative. Her success depends on seemingly infallible taste, which sometimes stretches to unorthodox lengths: upon learning that one customer had purchased an $8,000 dress that Ikram considered unflattering, she called the customer and convinced her to cancel the sale. Ikram recounted her experience dressing Michelle Obama to Vogue in 2016: she said that while she’s deeply proud of her work with the First Lady, it would have been gratifying regardless of the title. “To me, it’s a privilege to be able to dress the women who trust me to help them represent themselves every day,” she said. “That is a huge honor.” Named to the Best of Fashion 500 every year since 2013, Ikram is unquestionably a legend in her own time.

8
John Vinci
Vice President, Vinci Hamp Architects
Our buildings need heroes like John Vinci. A lifelong Chicagoan, Vinci has restored significant buildings and spaces including the Glessner house by H. H. Richardson, the Frank Lloyd Wright Home and Studio, the Sullivan Center (formerly the Carson, Pirie, Scott and Company Building) by Louis Sullivan and the Monadnock Building by John Wellborn Root. A fervor to save the city’s historic fabric informs his work. Whether collaborating with fellow preservation enthusiast Eric Nordstrom, advocating an alternative site for the proposed Obama Presidential Center, or perfecting detailed drawings of Louis Sullivan and and Dankmar Adler’s demolished Garrick Theater, Vinci remains steadfast. He believes that to value Chicago’s built environment, it’s about “Education, education, education. We need people to know why these buildings are important—to have a ‘propaganda of preservation’ so it is in the psyche of the general public.” In an era when Chicago is pummeling its historic building stock at an alarming rate, we need his voice. 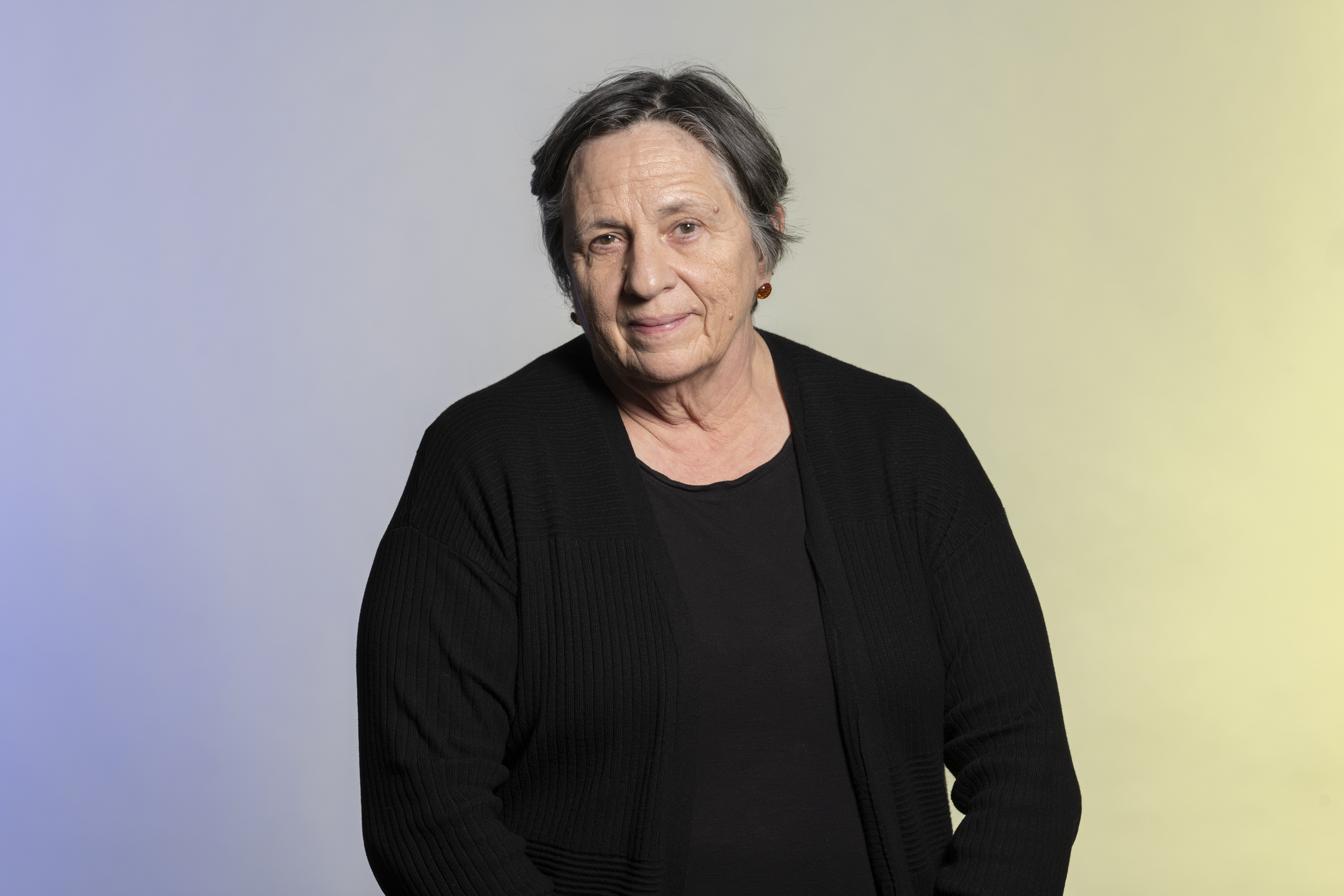 7
Carol Ross Barney
Design Principal, Ross Barney Architects
Hailed as the “People’s Architect,” earning a Lifetime Achievement Award from the AIA Chicago and recently declared by Metropolis magazine as Chicago’s “new Daniel Burnham,” Carol Ross Barney reigns as the undisputed champion of Chicago’s civic sphere. From CTA stations to parking infrastructure at O’Hare to the 606, she’s elevated the architecture of the public realm and improved the daily lives of Chicagoans. And of course, her envisioning and designing the Chicago Riverwalk has been transformative. 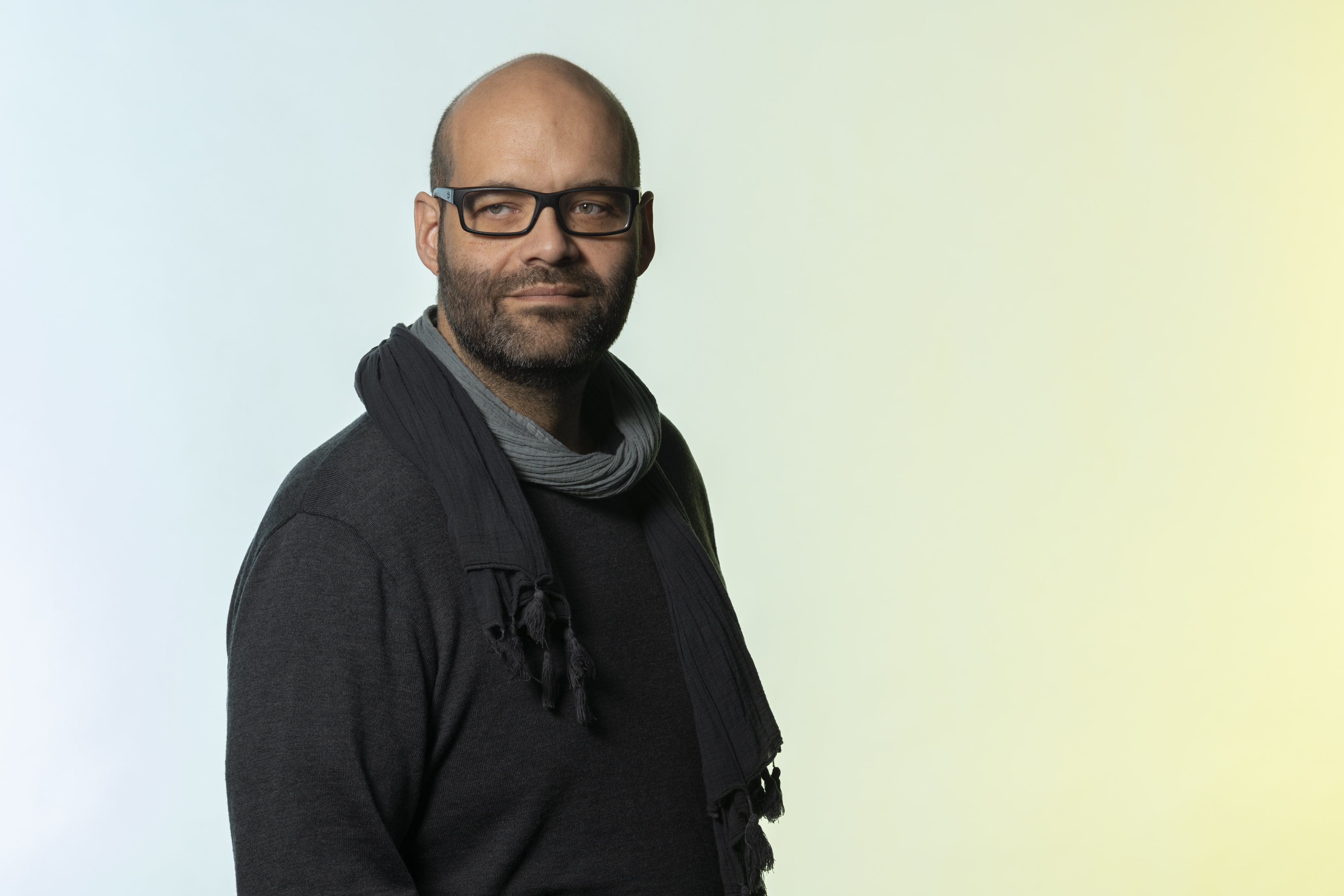 6
Holly Hunt and Alberto Vélez
Founder-CEO; Design Director, Holly Hunt
Splitting her time between Chicago and Aspen, Holly Hunt continues her program for world domination, following relentless expansion from the company’s first showroom in the Merchandise Mart. Selling the studio in 2014 to Knoll, Inc., under which Hunt’s company still thrives as an independent entity and where she continues as CEO, she opened her first European showroom in London’s upscale Mayfair that same year, adding to her already-open locales in New York and Miami. Acquisitions and collaborations included Christian Astuguevieille and the 2016 takeover of the Classic Collection from Vladimir Kagan’s Design Group.

5
Fred Eychaner
President, Alphawood Foundation
Fred Eychaner, media entrepreneur and philanthropist, president of the Alphawood Foundation and one of the Wrightwood 659 gallery founders, has always had an eye for great design. Living proof is the private home that Tadao Ando designed for him that sits in Chicago’s Lincoln Park neighborhood right next to the exhibition space—a space that combines steel, exposed brickwork with sleek concrete surfaces and is dedicated to architecture and socially engaged work. One of the most powerful Chicagoans, Eychaner, is famously media-shy, but his donations, quietly supporting arts organizations, architecture preservation, AIDS/HIV research and treatment, domestic violence, gay rights advocacy groups and the LGBT community at large, have made waves for years. 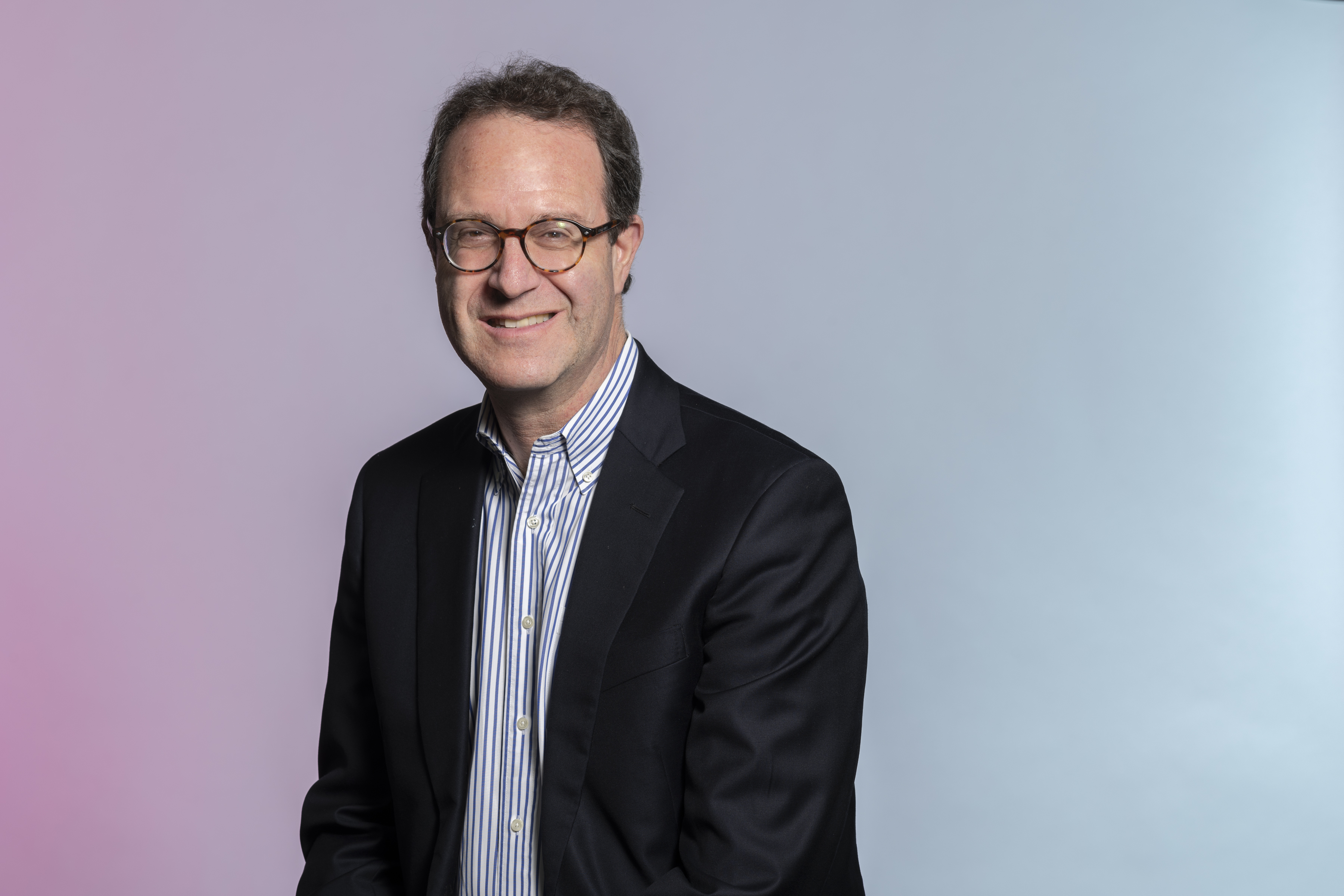 4
Blair Kamin
Architecture Critic, Chicago Tribune
Two words encircle Blair Kamin’s twenty-seven-year career as architecture critic at the Chicago Tribune—problems and promise. “Part of the role of a critic is not just to evaluate what’s there, but also to expand people’s visions of what could be,” Kamin says. This duality is crucial to sustaining dialogue in a city that treasures, but also interrogates its architecture. His work confronts a broader context, discovers new ideas, and even demands systems that are accessible physically as well as socioeconomically. Recently, Kamin has been a leading voice of pushing the developers of Lincoln Yards to improve on the design character of their epic plans. Kamin has won over forty awards, including the Pulitzer Prize in 1999 for a body of work highlighted by an influential series supporting the development of Chicago’s lakefront area. 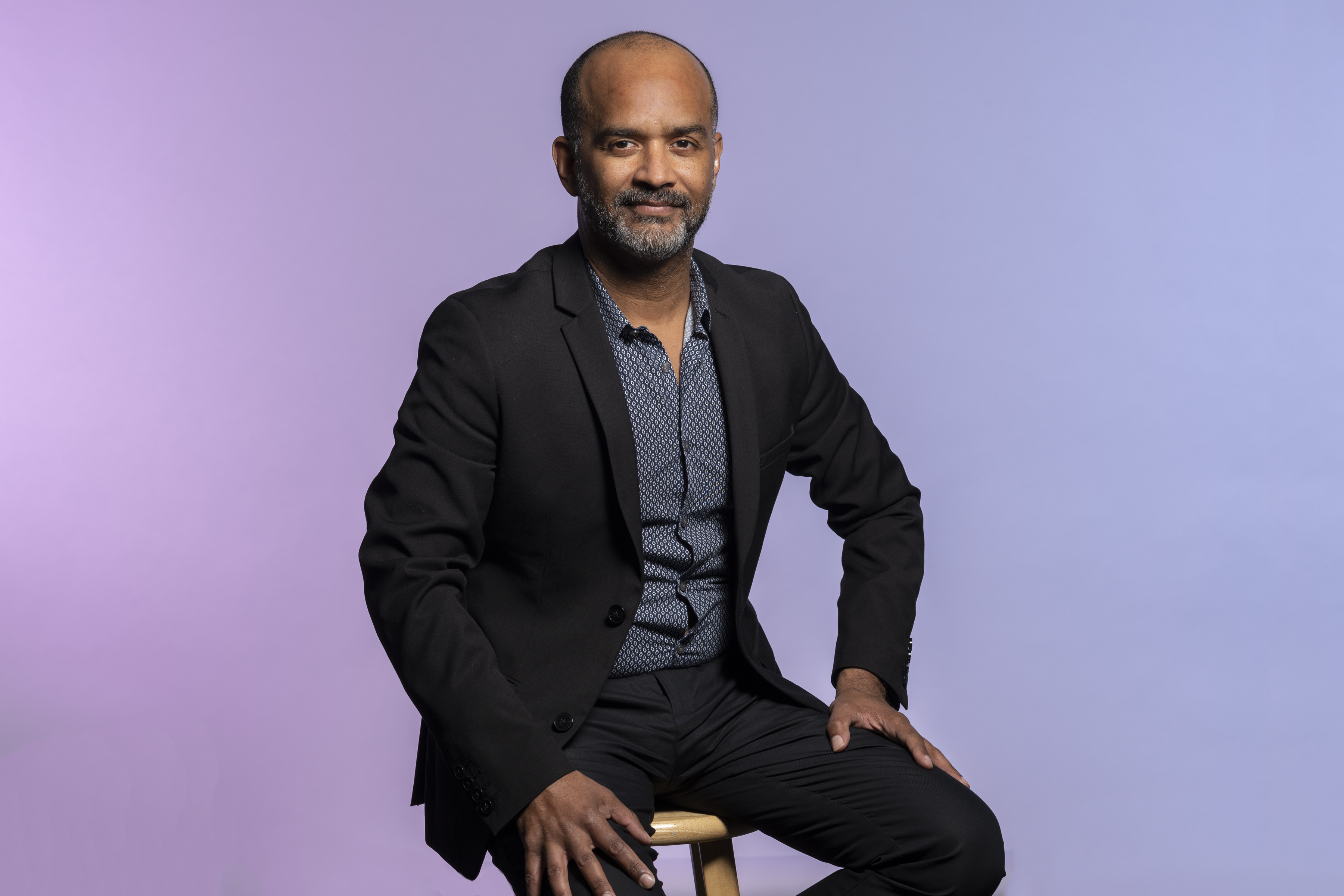 3
Todd Palmer and Rachel Kaplan
Executive Director and Deputy Director, Chicago Architecture Biennial
“Who gets included in the conversations that shape the future of architecture in Chicago is a critical concern of all of us at the Biennial,” says Chicago Architecture Biennial executive director Todd Palmer, who, alongside deputy director, Rachel Kaplan, leads the largest architecture and design exhibition in North America toward its third edition. “As we endeavor to use this as a civic platform, we feel responsible to open up and diversify who’s at the table,” he says. “So we’re including the broad yet distinct publics that visit the Cultural Center and our neighborhood sites. We’re including school kids, plus those who connect to so many allied interests from art to environmentalism to preservation and community advocacy. As these civic dialogues become both more inclusive and expansive, the subject we’re talking about—the future of architecture as something shared between Chicago and the wider world—can’t help but be transformed into something more impactful to us all.” 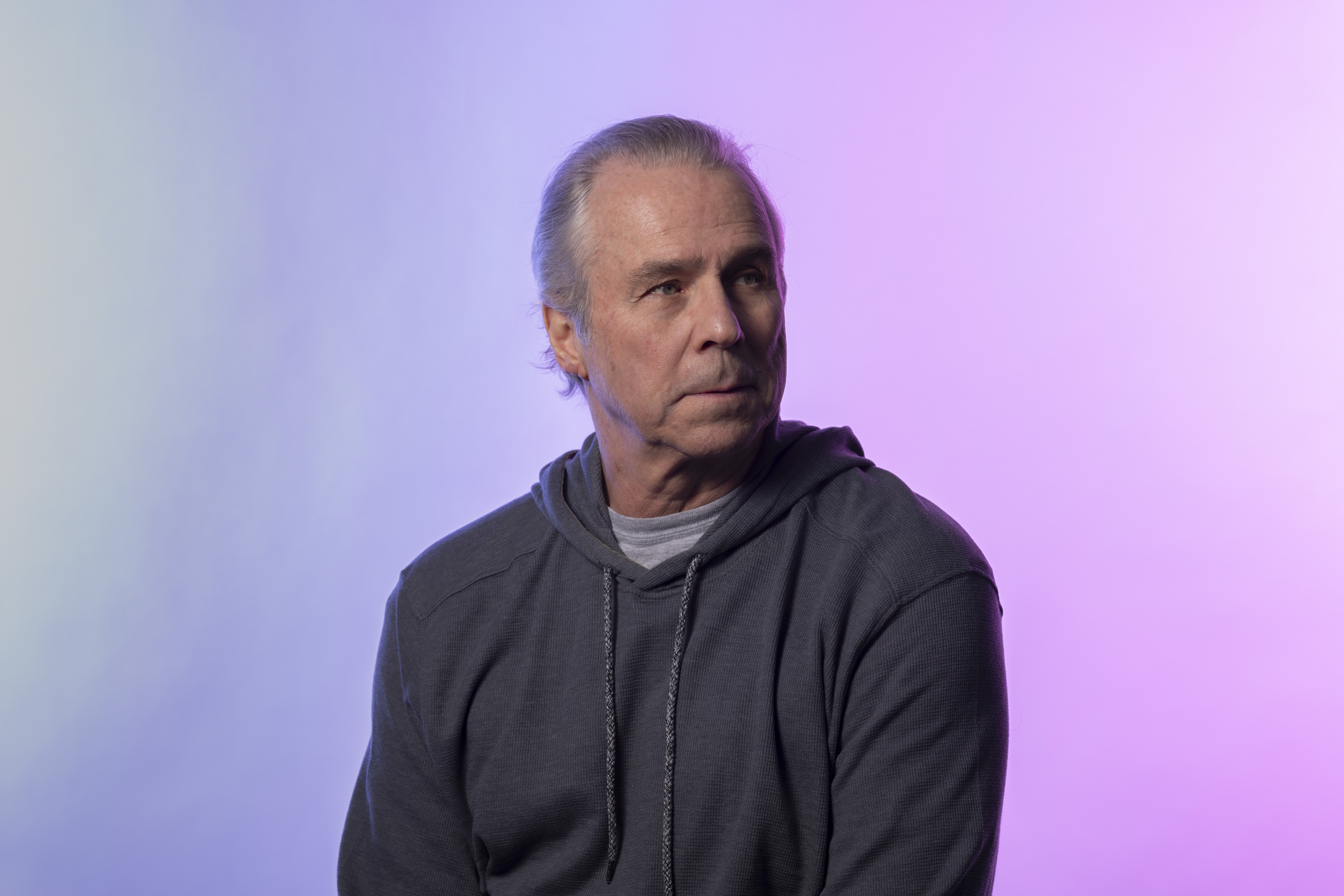 2
Howard Tullman
Executive Director, Kaplan Institute
It started with a computer course Howard Tullman took at the Illinois Institute of Technology, in 1963 while he was still in high school. Now Tullman has come home as executive director of the Ed Kaplan Family Institute for Innovation and Tech Entrepreneurship—the brand-new institute within Illinois Tech. Known for his style of “disruptive innovation,” working with IIT students on innovative ideas in tech is an ideal fit. “IIT has hundreds of graduates each year who are the first in their families to go to college, and unlike grads from other schools they are very interested in staying and working in Chicago, not [leaving for] the West Coast,” Tullman says. “This represents a huge opportunity for tech companies and startups in the city, since it’s a key resource right in our own backyard.”

1
Virgil Abloh
Founder, Off-White and Men’s Artistic Director, Louis Vuitton
Homegrown Virgil Abloh is a fashion designer. He’s a DJ and a music producer. He’s the artistic director of Louis Vuitton’s menswear collection since March 2018. And of course, he’s the founder and CEO of the Milan-based label Off-White, the first luxury fashion brand designed and owned by an African American. He’s also the reason for the most anticipated MCA exhibition of the year, “Figures of Speech,” which offers an intense multimedia experience where visual art meets music, fashion design, graphic design and architecture and spans his entire career. One thing is for certain: Abloh’s bound to leave everyone impatiently waiting for what he does next.