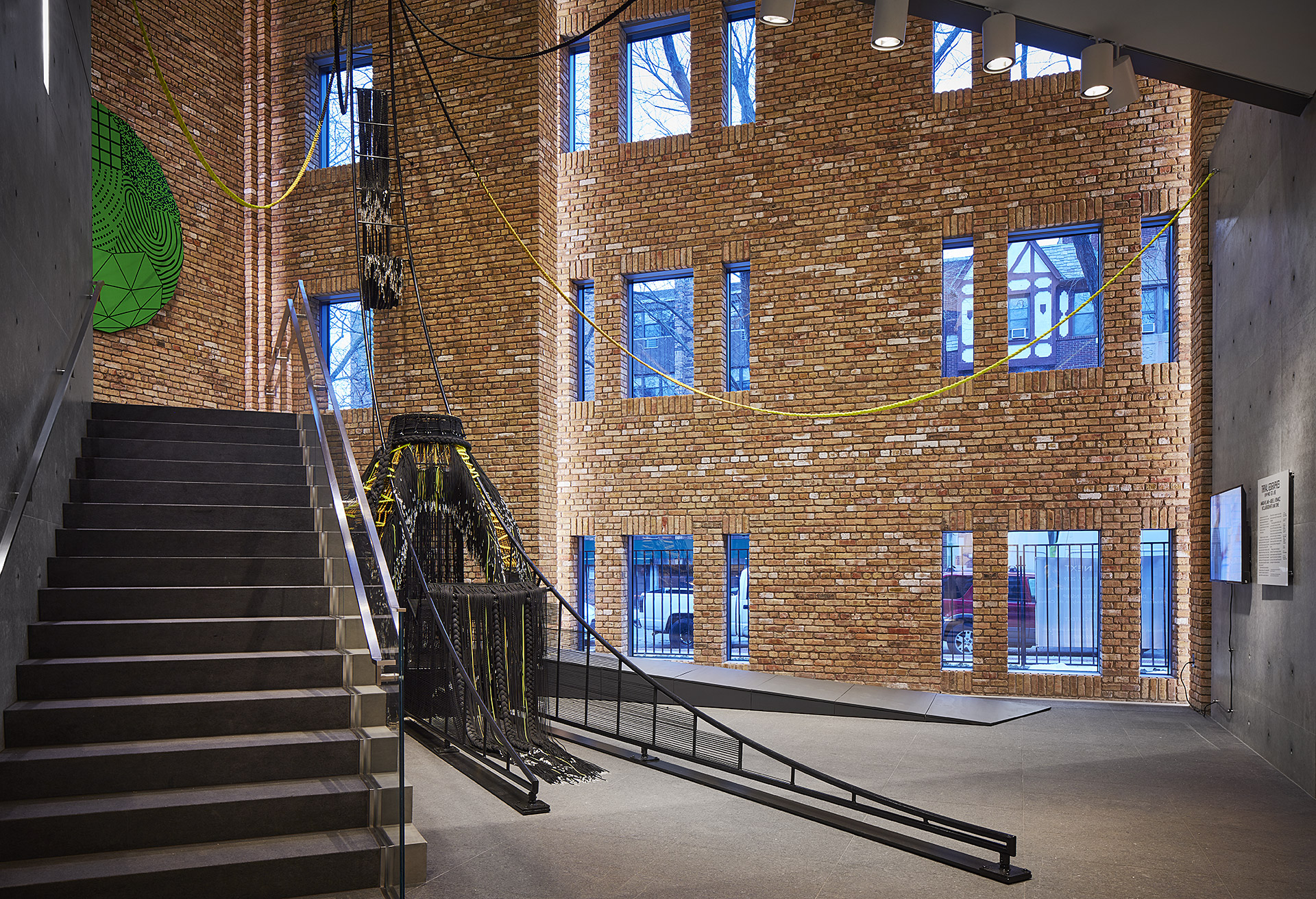 “Dimensions of Citizenship” is an exhibition of the American architectural imagination that premiered to a global architecture and design audience at the official U. S. Pavilion at the Venice Biennale’s International Architecture Exhibition last year. Co-commissioned by the School of the Art Institute of Chicago (SAIC) and the University of Chicago, with the curatorial team of Niall Atkinson (professor of art history, University of Chicago), Ann Lui (assistant professor of architecture, SAIC) and Mimi Zeiger (L. A.-based critic and faculty in media design at the Art Center College of Design in Pasadena, California), and associate curator Chicago-based architect Iker Gil, the cosmopolitan exhibition was conceived in Chicago and with its recent reinstallation at the Wrightwood 659 art space in Lincoln Park, it has come home.

The Venice Biennale is characterized as the pinnacle for showcasing architectural speculations. The 2018 Architecture Exhibition presented sixty-three national pavilions, each representing a platform to present ideas, to foreground a specific issue or to showcase innovative architectural forms. A conventional pavilion might include renderings, sketches or maquettes, illustrating the architectural process from design to construction. Surprising entries are not uncommon, such as the 2018 Biennale’s debut pavilion from the Vatican, which featured a series of intimate chapels that were temporarily installed in a garden, on an island, accessible only by boat. 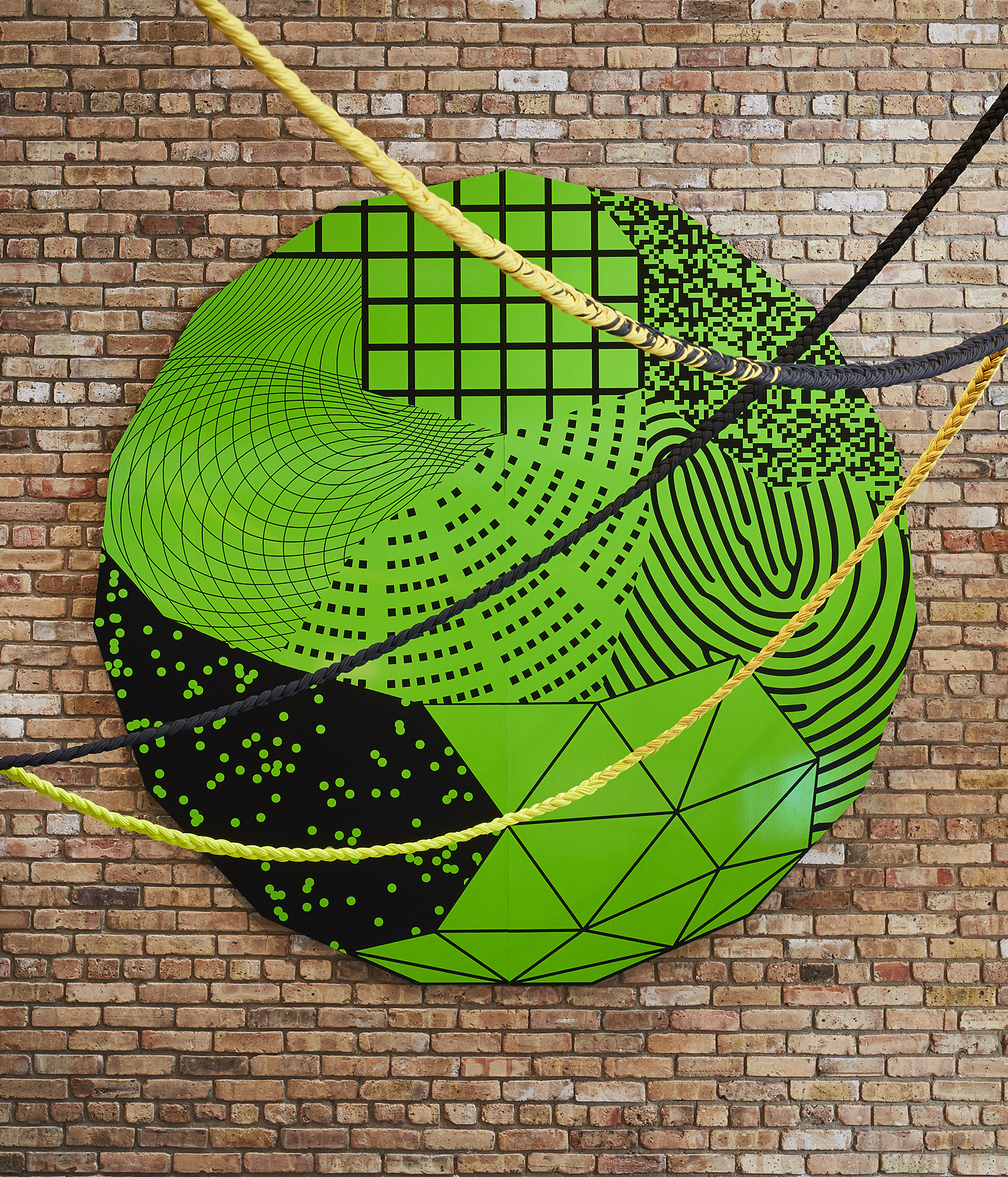 “It is urgent that architecture act as an important tool in understanding, shaping and envisioning what it means to be a citizen today,” the curators of “Dimensions of Citizenship” stated when they were chosen to organize the U.S. Pavilion. “Our goal is to present the United States as a site of critical research and practice in architecture, at the intersection of old and new forms of community engagement, political action and public policy,” they said.

To that end, the curators posed the following questions to seven multidisciplinary teams of artists, architects and other creative collaborators: “What does it mean to be a citizen?” and “How can architecture and design respond to the shape, and express today’s complex conditions of citizenship?” These are broad questions, so it isn’t surprising that the answers delivered by the seven creative teams in their resulting projects cover broad territory in terms of approaches and themes. 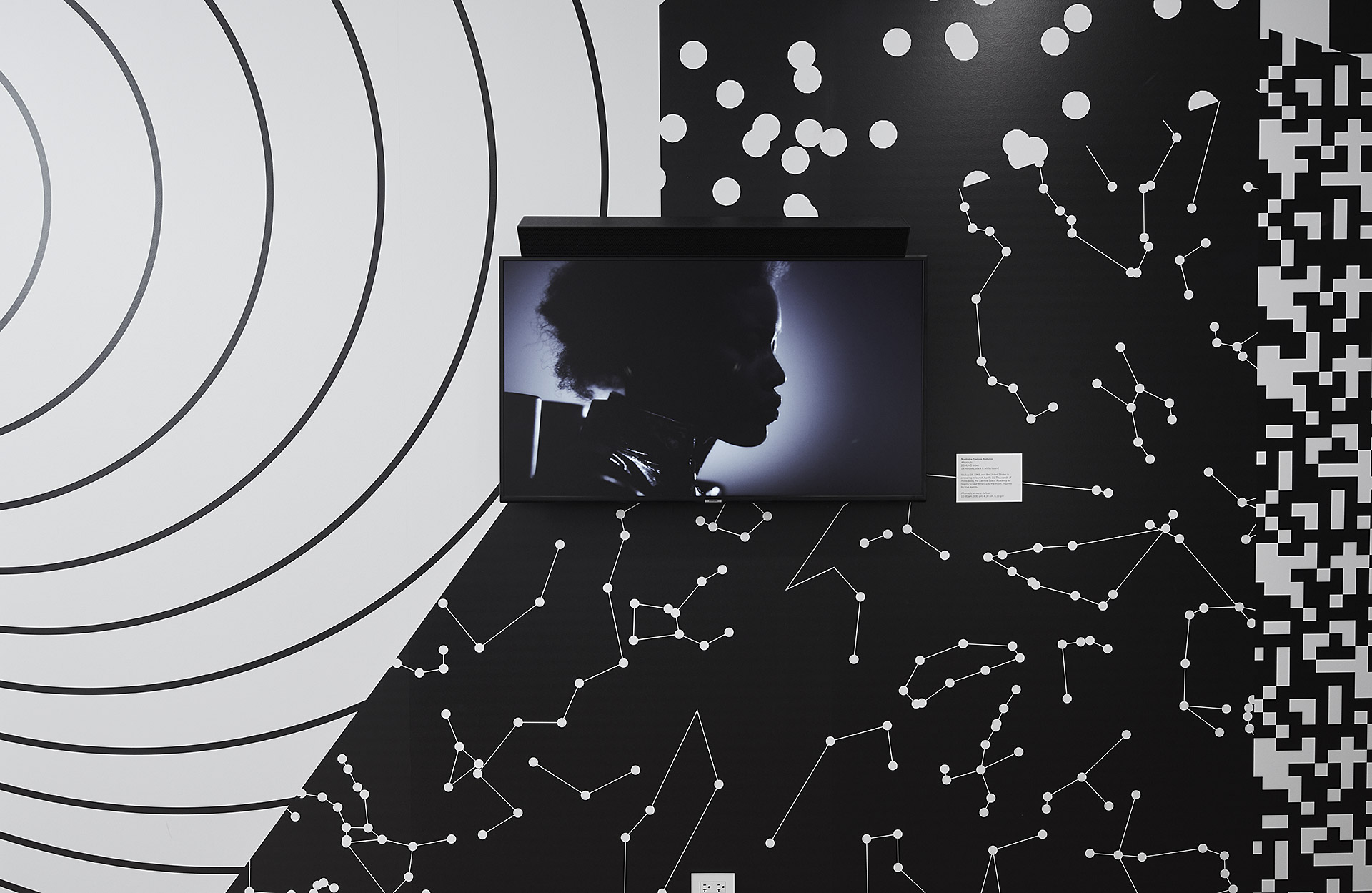 Chicago-based artists Amanda Williams and Andres L. Hernandez worked with coiffure artist Shani Crowe to create “Thrival Geographies (In My Mind I See a Line),” an interactive sculpture visitors see as they enter Wrightwood 659. The creative team began their project with discussions about the black American experience, and specifically how black women have  experienced or been denied the right to exist in public space. They created a physical sculpture that wove these ideas into being. The sculpture takes the form of a round carriage, big enough to fit two adults inside, whose steel frame is dressed in braided paracord. The hand-braided strands evoke African-American hair. The carriage is attached to a graceful, upward–curving track. “Thrival Geographies” responds to a need “to create a space of safety, for creativity and breath.” In other words, a geography (even if partially imaginary) where a citizen can thrive, as opposed to merely survive. 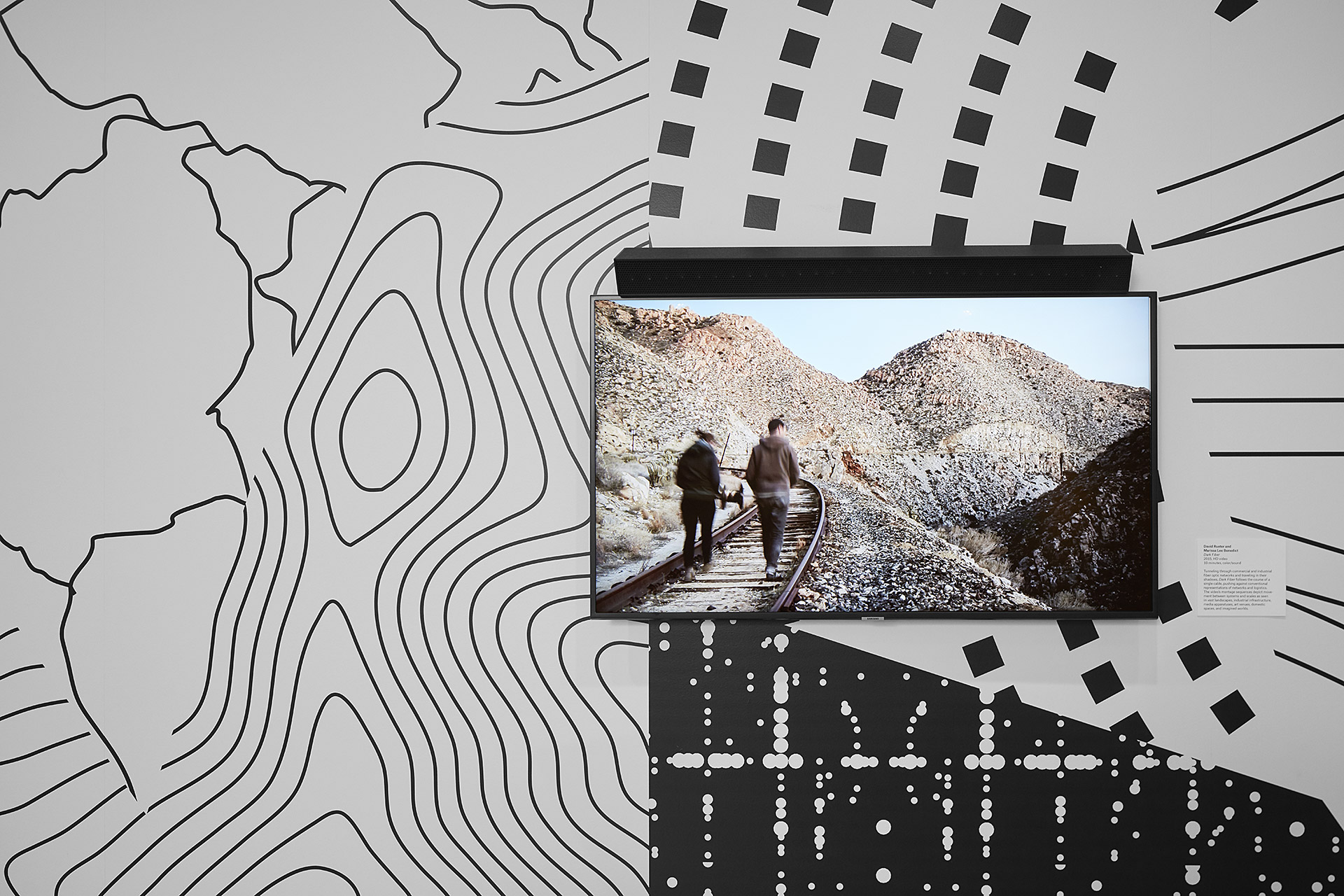 Studio Gang, the architecture and urban design firm founded by Jeanne Gang, created an installation called “Stone Stories: Civic Memory and Public Space in Memphis, Tennessee,” sharing the story of Memphis Landing, a nineteenth-century cobblestone river landing that is culturally and historically significant to the city, but remains underused as public space. The installation includes components such as a video with excerpts of interviews with Memphis community members, an inclined plane of cobblestones that visitors can walk on, print collateral overlaid onto a large drawn map of Memphis and a series of sculpted cobblestones.

Diller Scofidio + Renfro, the New-York based design studio that completed the transformation of the High Line public park, led another team which produced a video, “In Plain Sight.” It begins with a zoomed-out portrait of Earth, a so-called “Black Marble” image because we see the planet at night, with trails and regions of bright lights within larger swathes of darkness. The video then chooses sites to zoom in, to discover detail, with one-sentence captions—a seemingly neutral delivery of information—about the lack of correlation between where populations are concentrated versus where there are the brightest regions of light (“The absence of light does not always mean the absence of people”). 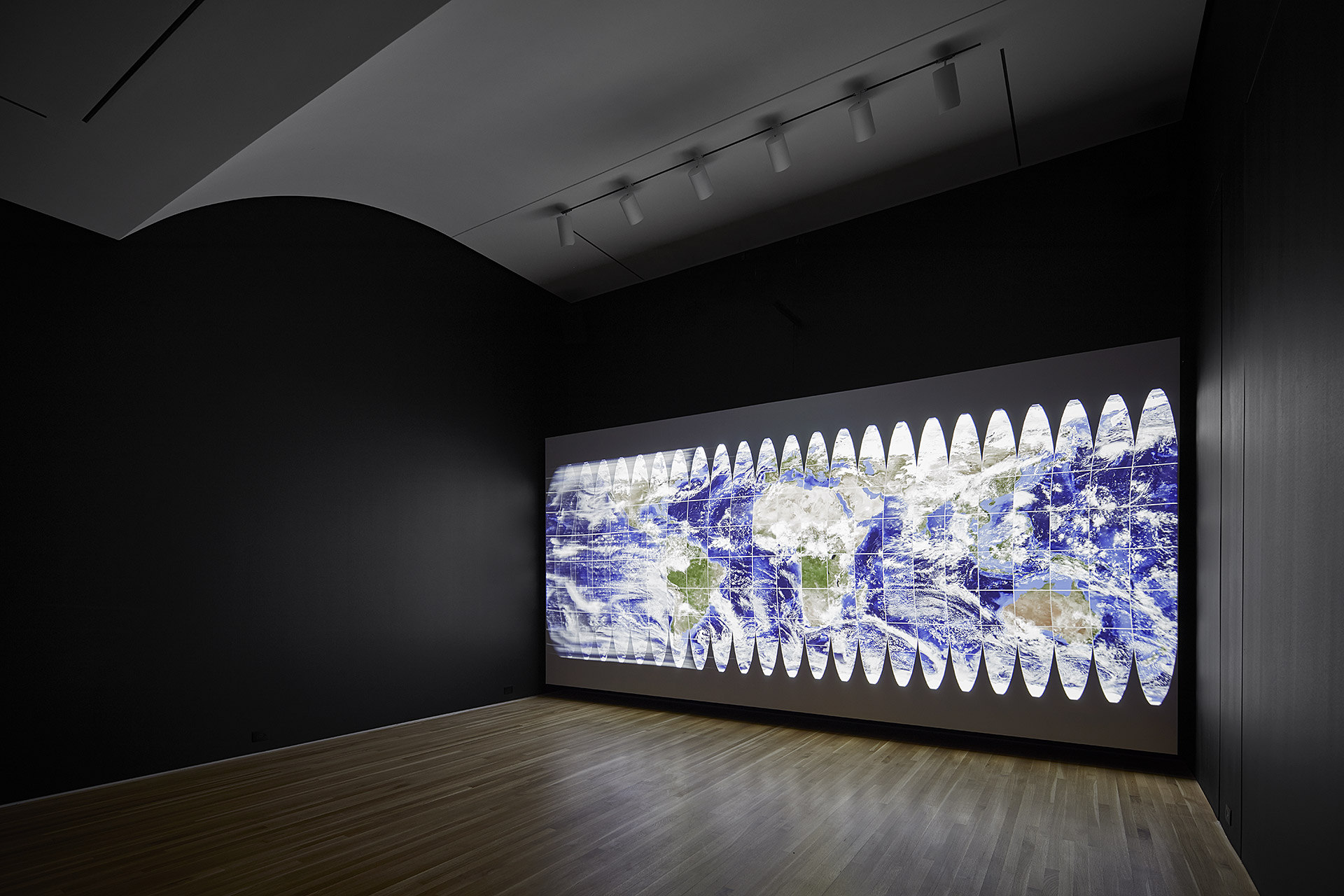 The curators of “Dimensions of Citizenship” organize these disparate projects by spatial scale, starting from the most intimate (Citizen), expanding into ever greater collective bodies (Civitas, Region, Nation, Globe) and finally to the abstract sense of the heavens above (Network, Cosmos), a organizing principle makes sense in a print publication, but in the physical exhibition it does little to amplify the inherent impact of the projects.

Inga Saffron, the Philadelphia Inquirer’s Pulitzer Prize-winning architecture critic, describes what is really at stake in this exhibition: “Only a citizenry that’s informed about architecture and how cities are made can lobby for the kind of communities and spaces they want.” So, whether one is encountering this exhibition as an architect, designer or neither of these things by profession, we can share this common framework: do the projects presented here connect us and inspire us with the sense that, as citizens, we are collaborators in shaping cities and public spaces? Some of them more than others, and perhaps in unexpected ways. 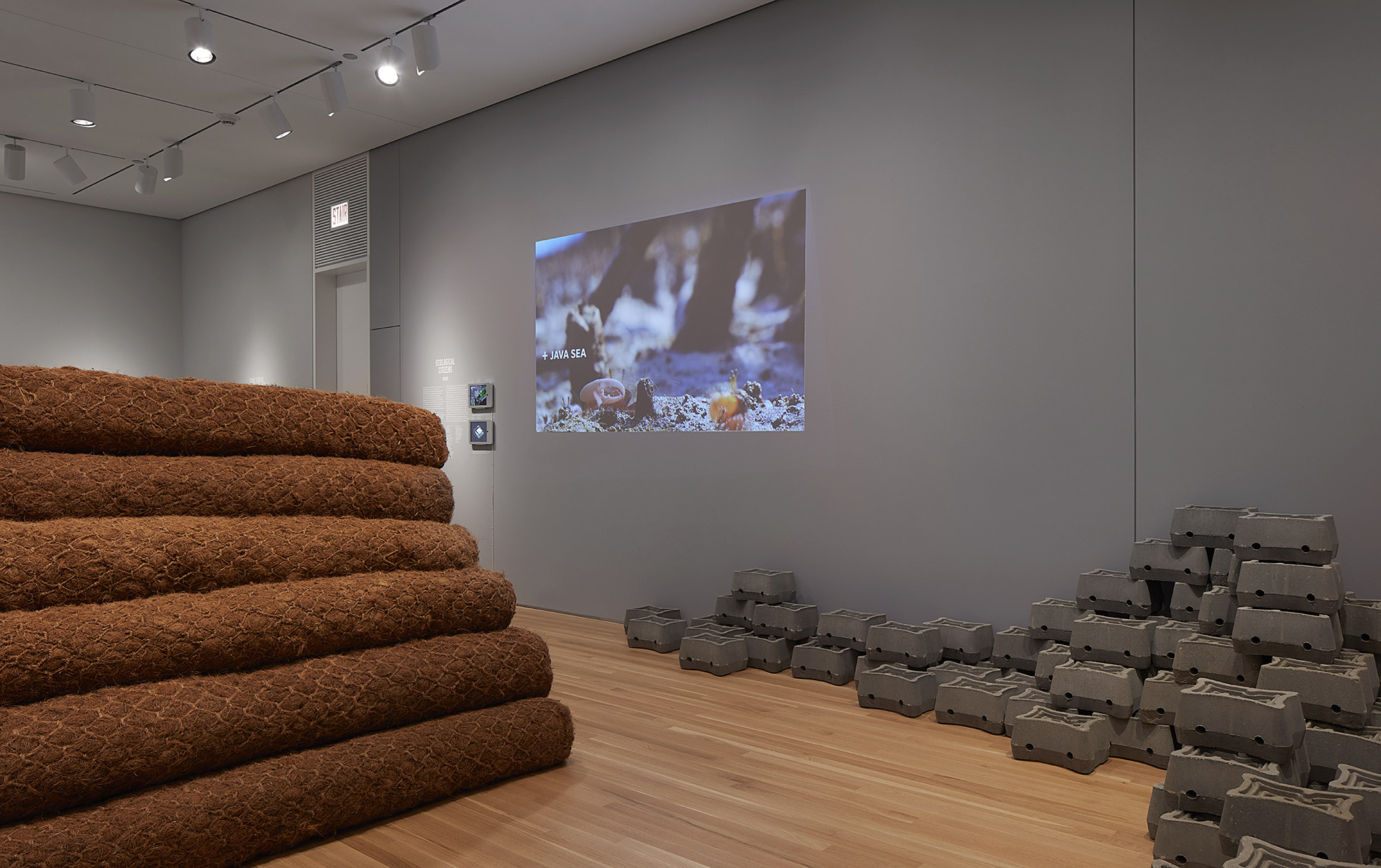 Studio Gang’s “Stone Stories” introduces a public space re/making project in Memphis, but as a citizen I wonder if the resources that went into “unlocking the civic potential” of cobblestones—shipping the heavy stones from Memphis to Venice to Chicago and presumably back to Memphis again once this exhibition is over—could have been put to better use.

Williams, Hernandez and Crowe’s sculpture, “Thrival Geographies,” is by far the most artful presentation. Installed within the high-ceilinged atrium of Wrightwood 659, a space filled with natural light, it immediately opens up a sense of imagination and possibility when you walk into the building. It’s regretful that this energy was not sustained through most of the exhibition on the second floor.

Tadao Ando is the architect who designed the renovated interior of Wrightwood; to his credit, the elegantly designed venue is itself an exemplary response to how architecture can shape the citizen’s experience: by creating an ideal space for contemplating and elevating the arts.

“Dimensions of Citizenship” will be on view at Wrightwood 659 on Thursdays, Fridays and Saturdays through April 27. A limited number of free tickets will be released every Monday at 10am for the current week. Guests wishing to make advanced reservations may purchase tickets for $20. Walk-ins will not be accommodated. For information on exhibition-related public programs, please visit: wrightwood659.org.