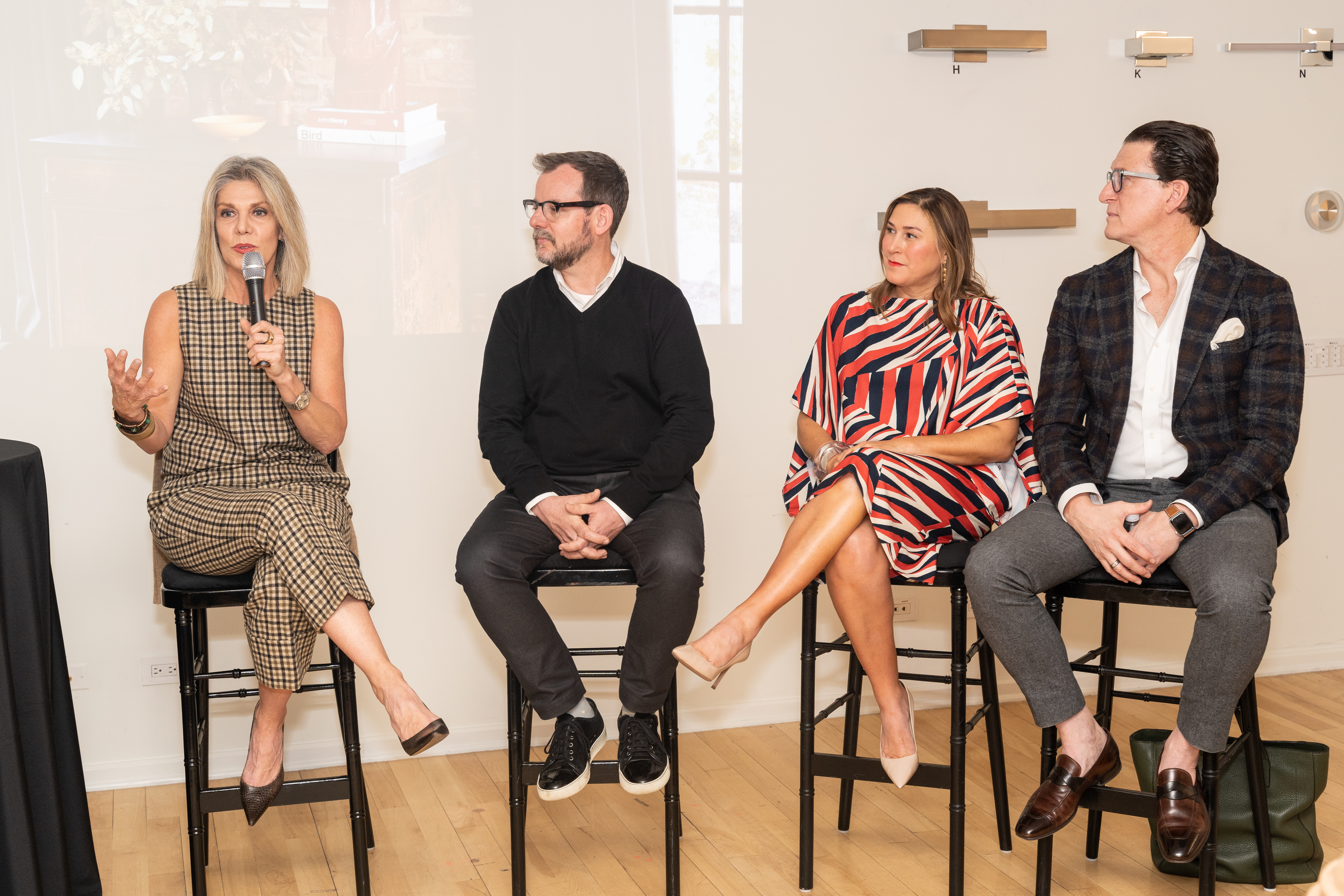 While each designer operated within their own aesthetic sphere, none of the panelists viewed themselves as risk-takers, despite international success. What they saw as true risk is the permission they give themselves to trust their creative process and their own ideas.

The discussion was organized around questions from Sarlo. The prompts included navigating client relationships, art in design, creative dos and don’ts, and designing with comfort and budget in mind. Discerning taste aside, the designers were unequivocal in their desire to execute a project that communicates the feeling and function of the client’s needs—even if the client themselves aren’t aware of it yet.

From acting as a mediator between taste-clashing couples or finding ways not to disregard a client’s preferences, the panelists revealed the ways they have guided, pushed and elevated ideas “to something that reflects [the client] better,” said Steve Kadlec of KADLEC architecture + design. Michael Del Piero, self-professed lover of the neutral, said there is always a reason that the client has come to you. Even if their style seems not to align with yours. Del Piero said it’s the job of a designer to “relate to the client and encourage them, so they’re willing to jump in and understand.”

Drawing from a wide range of inspiration, the panelists said that their favorite designers generally reflected the opposite style of their own work. Melissa Benham, principal of Studio Gild—who has worked with Ralph Lauren and André Balazs Properties—referenced the liberation of the 1960s and the late David Hicks as design favorites. “Elements that shouldn’t mix but do. They’re something I strive for,” said Banham. “Staying in the safe zone is not gonna cut it. Push the envelope.”

When prompted to speak about design myths and faux pas, there was little the panel would reject. “What’s good is always good,” said Bruce Fox, whose home boasts a wall done entirely in a large, green plaid, “It’s all about the mix.” Fox insisted on developing your own point of view and to invest in that, rather than trying to find it. He shared a story in which he joked with a client that if they went with their initial taste in a bed frame they “were not gonna have sex.” However, “If there’s a hard no, it’s a no, and you find a different answer.”

The discussion, which was broadcast live on Dering Hall’s Facebook page, concluded with a lightning round. All four designers condemned the use of wall-to-wall mirrors and recliner sofas, ending with mixed reviews on the use of lime green. Besides, they agreed any and all extraneous design elements can always be delegated to the powder room.