“There’s something about her thought that is divinely incomplete,” says Ken Krimstein, speaking on the opening night of his exhibition, ​The Three Escapes of Hannah Arendt, ​at the Spertus Institute for Jewish Learning & Leadership. “There’ll be something in the news, and I’ll say, ‘She saw that. She saw that.’” The exhibition attends the release of his graphic biography of the author with Bloomsbury, and includes original drawings and other works not included in the final book. It goes without saying the relevance of philosopher and political theorist Arendt, who coined the term “banality of evil,” and whose history famously involved, at eighteen, an extraordinary love affair with the philosopher Martin Heidegger, her then-professor, a Nazi party member. 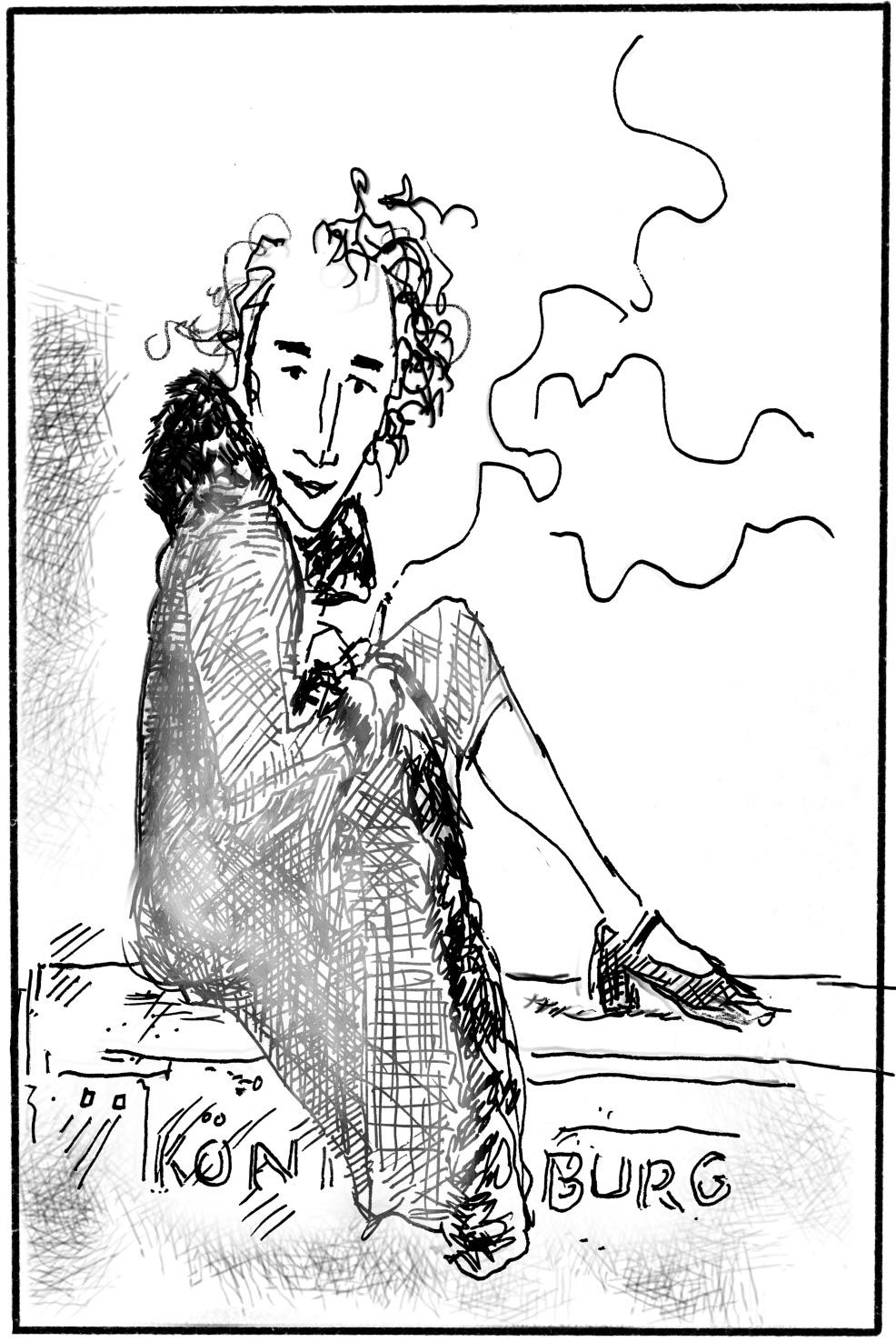 At the center of an astounding international circle that included everyone from Albert Einstein and Walter Benjamin, Alfred Hitchcock, Bertolt Brecht, Herbert Marcuse… well, on and on, Krimstein is profoundly interested in the life of the mind she chose, and how she came to terms with, and navigated a world outside her circles equally as profoundly disinterested and apathetic—and how that shaped the historical figure she was eventually to become. For Krimstein, the two are inextricably connected. “I’m interested in how the event of somebody’s life leads to their thought,” he says. 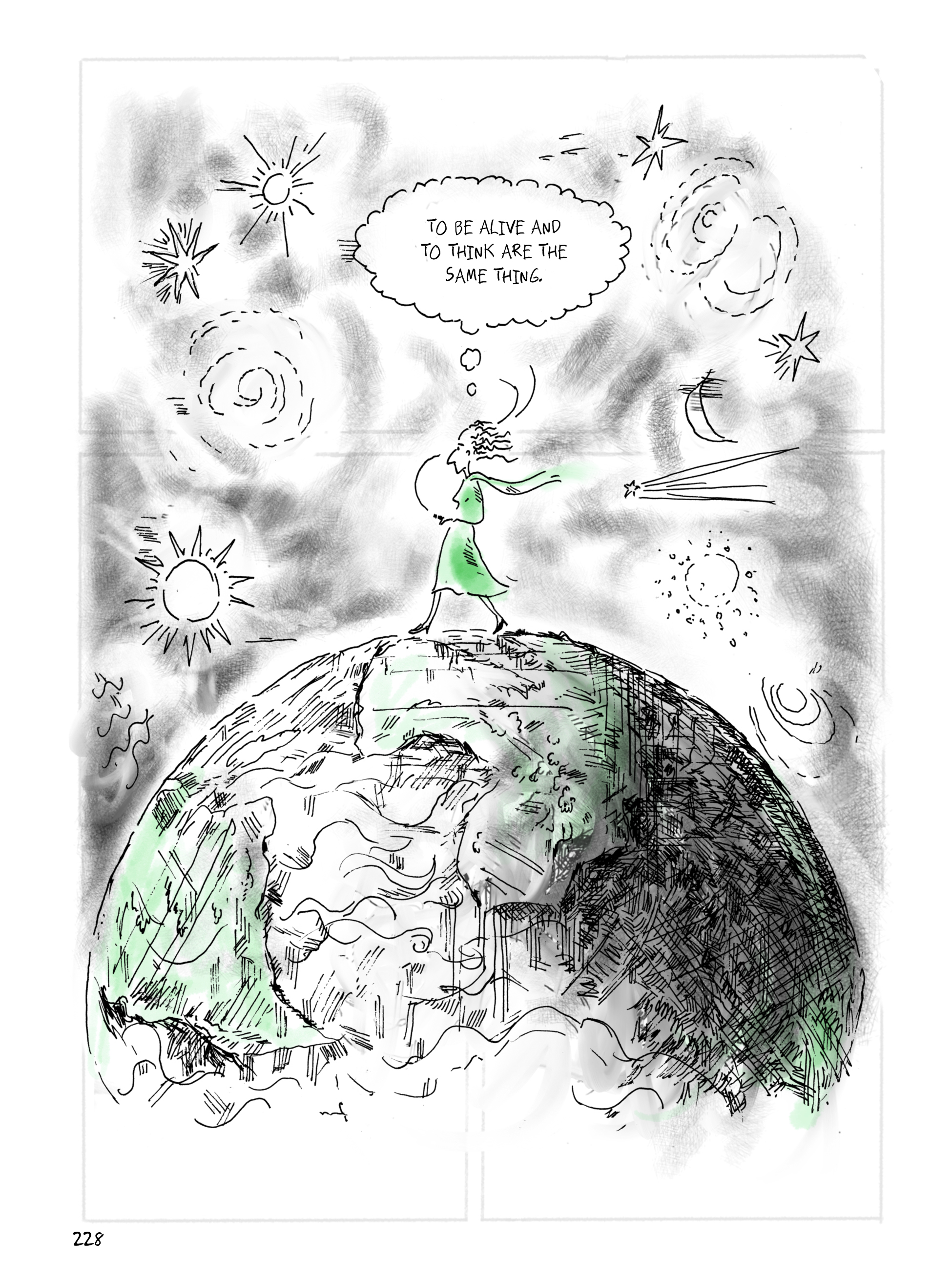 Drawn mostly in a simple, straightforward style, Krimstein, who teaches at DePaul University, spans the range between realism and line-work akin to John Wagner’s grumpy old lady ​”Maxine” strips, refined to an evocative habitation. Renowned for his short-form work, he has previously drawn for ​The New Yorker​, ​The Wall Street Journal, ​and pretty much every place else. In his second book, what often matters is the relationships that buoy the young-then-aging Arendt as she proceeds on her three escapes, first from Berlin with the rise of Nazism, then Vichy France, and eventually the controversy and ostracism from even her closest friends, on the publication of ​”Eichmann in Jerusalem​,” a pivotal moment in which the courage to publish her thought that cut against the grain and stoked the ire of Jewish contemporaries still traumatized by the Holocaust. All of which is well-documented and, in a sense, not as relevant as the underlying theme of intellectual courage as a necessary response, of churning through the world of ideas as a method of living, that punctuates its every page. 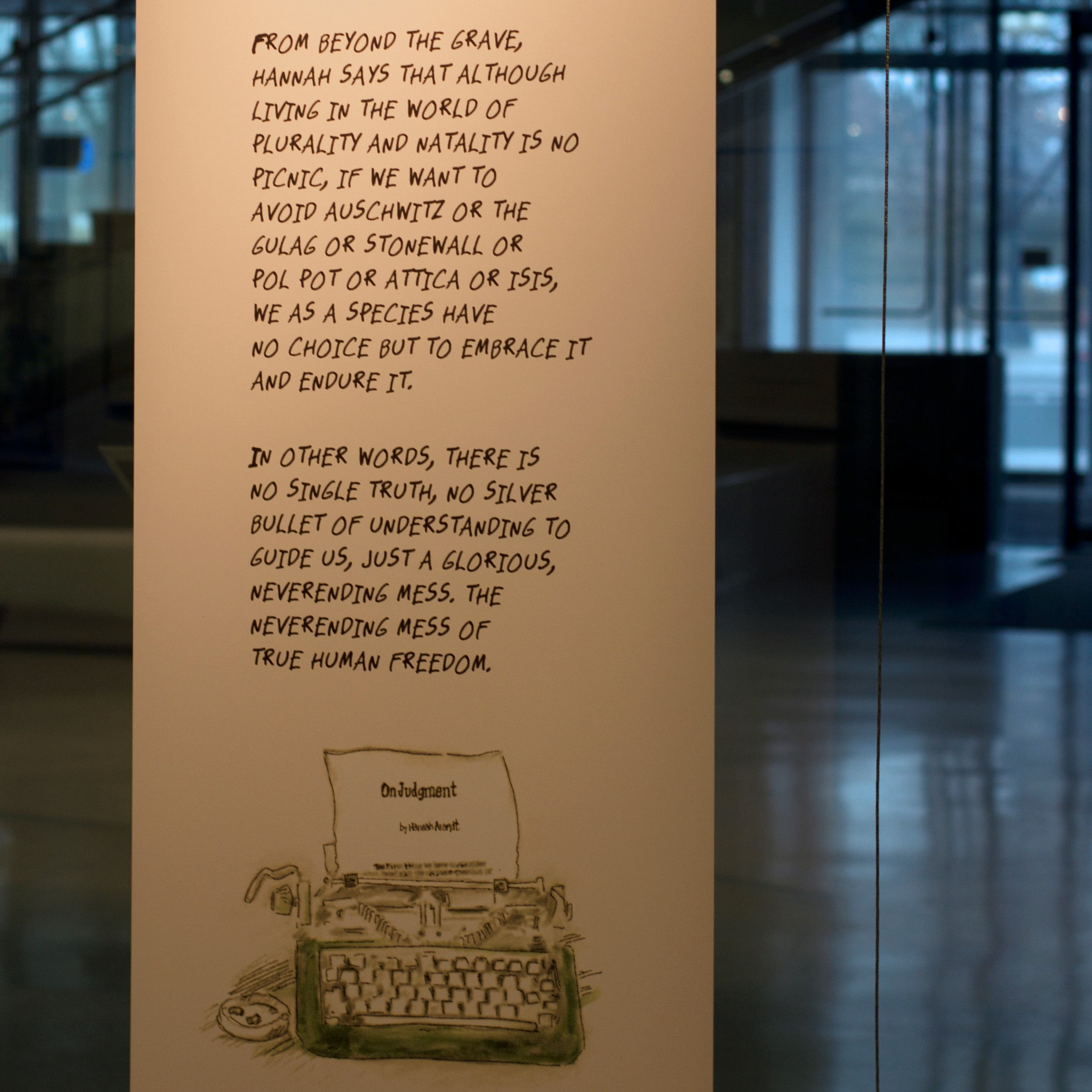 Without thinking, this book and exhibition tells us, without intentionality and struggle to reflect and to know, without actively working to annihilate, through our thinking, the constructed fascistic agonism operant in our public sphere, we risk allowing them to flourish. Faithfully imagining the forces of history that Arendt faced and vivisected with such tenacity, both from within and without, this exhibition prompts us to also imagine what’s at stake if we choose the role of the bystander to our own minds. In addressing us, his readers and viewers as contemporaries, we are placed among the audience that Arendt sought to warn and inculcate with a sense of responsibility for our history, as we live it, in the moment. Highly recommended. 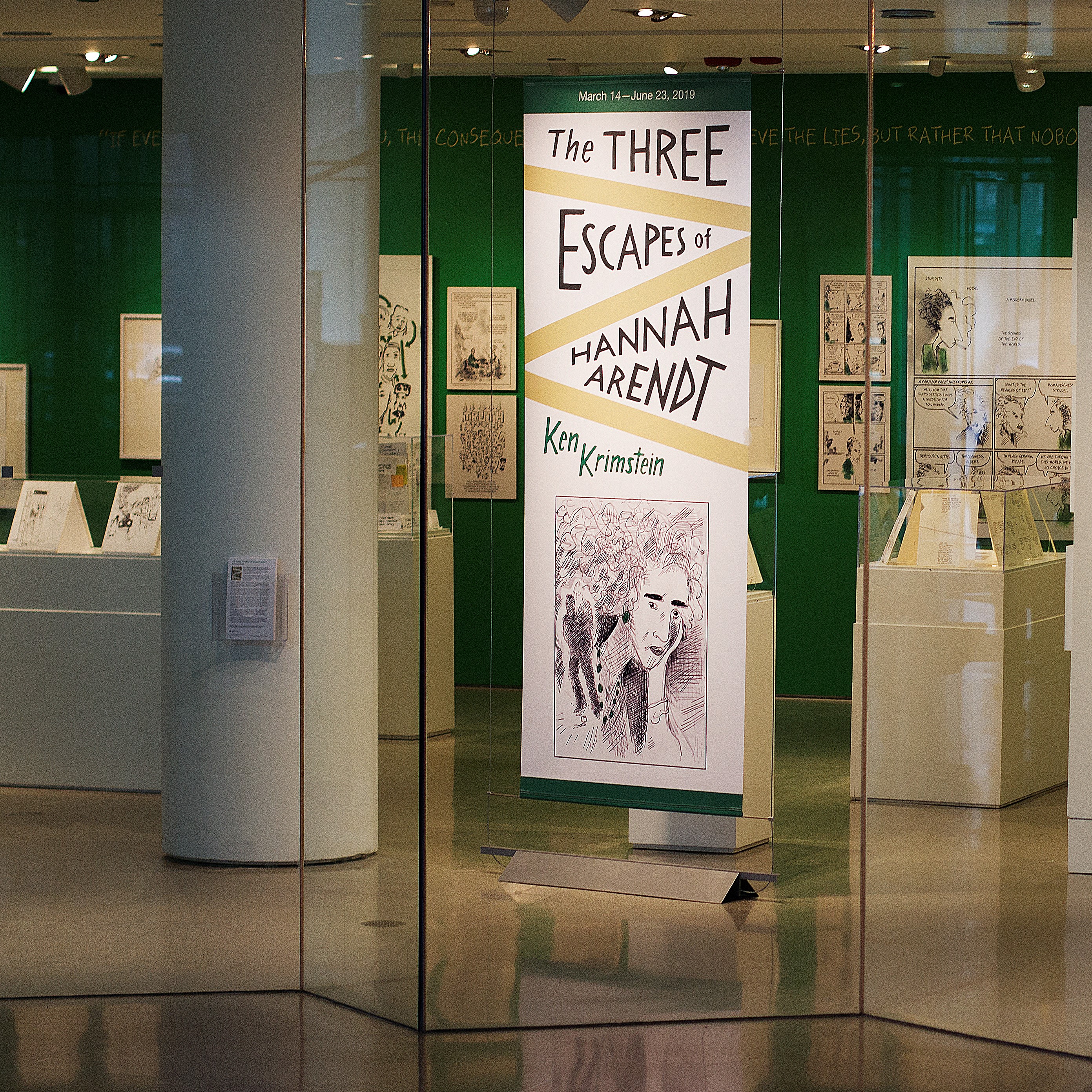