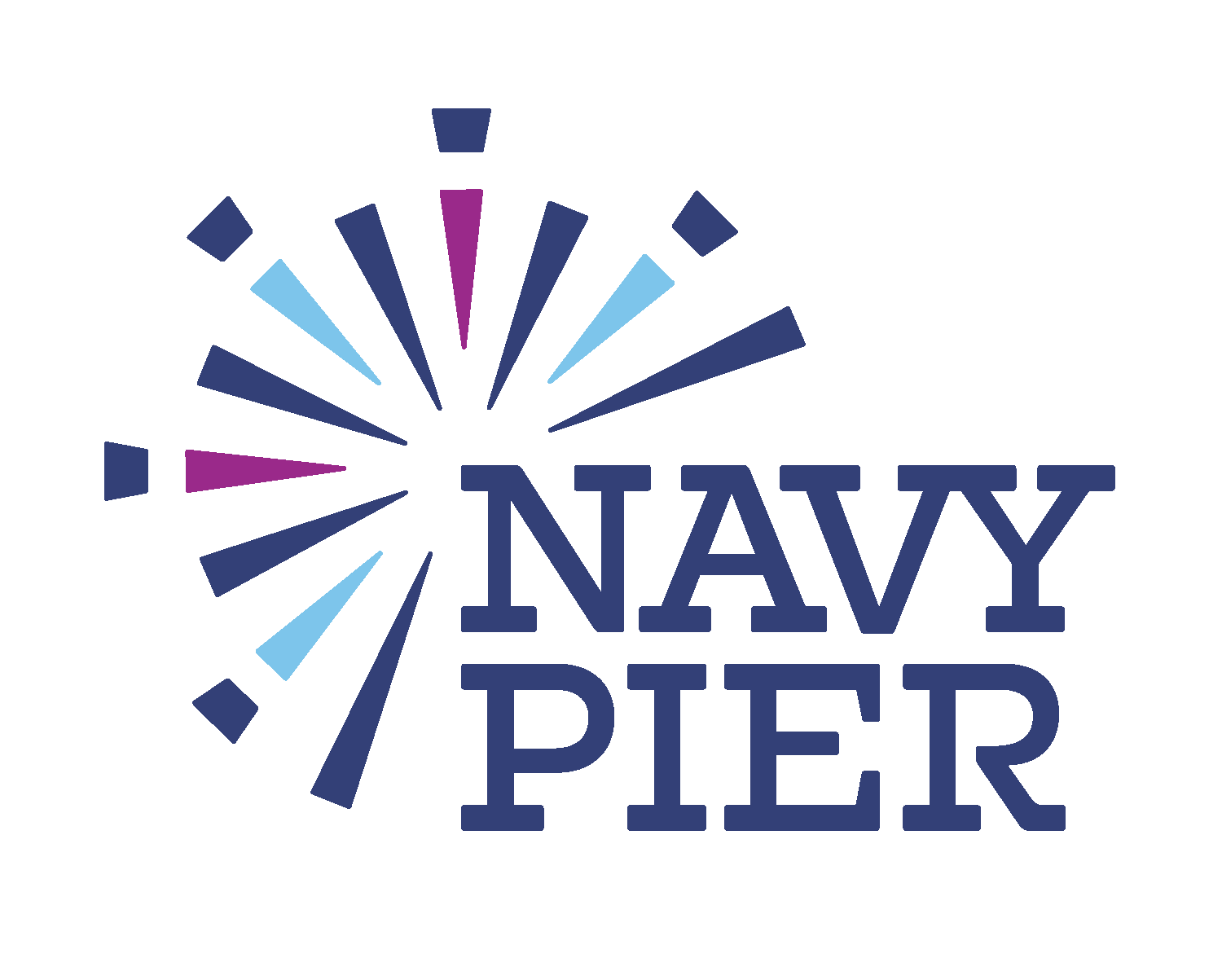 A young Chicago brand consulting and design firm that began as a side hustle, ColorJar, is updating Navy Pier. The man in charge is David Gardner, a former professional basketball player in Germany, world traveller and self-taught designer. Affable, eloquent and intelligent—Gardner was a champion of “branding” before it became a dirty, Instagram-adjacent word. Already an award-winning company that has been honored by the White House in 2011 as a top-one-hundred company run by young entrepreneurs, ColorJar has had their hands on Google and Lettuce Entertain You. But Navy Pier offered a distinct challenge. It’s a historical landmark; home of the Centennial Wheel, speedboat architecture tours and EXPO CHICAGO. Navy Pier is a 103-year-old site, a place that deserved to not be evolved, but “revolutionized.”

When ColorJar begins work with a new company, they ask clients to describe the character of their work. To describe the company or the location as if it were a person. What would they be like when they walked into a room? They plot these points on a spectrum: is it more neat or messy? Eclectic or traditional? Silly or serious? It is a key step for ColorJar to generate a profile of the brand’s persona before any design or color is introduced. The artists need to know who they’re working with and why, so they can properly position and attribute value to the new branding.

Navy Pier is complex not only because of its history, but that a single location cannot be all things for all people. The city is too diverse. But it can become something for all people. ColorJar wants the Pier to evoke a feeling, to be a conversation point. A destination to be enjoyed by tourists and Chicagoans alike. The City and ColorJar want to make Navy Pier lighter, more vibrant, to be seen in a different context without dissociating from its past.

The first change was the typeface. Inspired by a picture of the entrance to the Pier in 1927, the historical signage is a clean sans serif. Not wanting to deviate much from tradition, ColorJar found a close match with a slab serif, Mr Eaves XL Sans. Most notable is the unique flair on the leg of the “R.” A small change, but an important aesthetic choice that will repeat through any and all copy and text, from billboards to email signatures. Next: the logo. Developed first without color, the Navy Pier logo needed to be exciting, clean and evocative. ColorJar finally settled on an animation that reads as both fireworks and a Ferris wheel; slices of color that erupt and whirl, pulling “NAVY PIER” up alongside it. Only once the text and logo was set did ColorJar confirm the official palette: Navy Pier blue, firework magenta, lakeshore blue, leaf green and carousel yellow.

The revolutionized Navy Pier branding debuted a few weeks ago to the city board and a select who’s who of Chicago. ColorJar’s design was received with applause. Gardner is humbled by the freedom and support the city of Chicago gave him and his team, emphasizing that this was one Chicago team coming together with another to continue to make this city extraordinary.