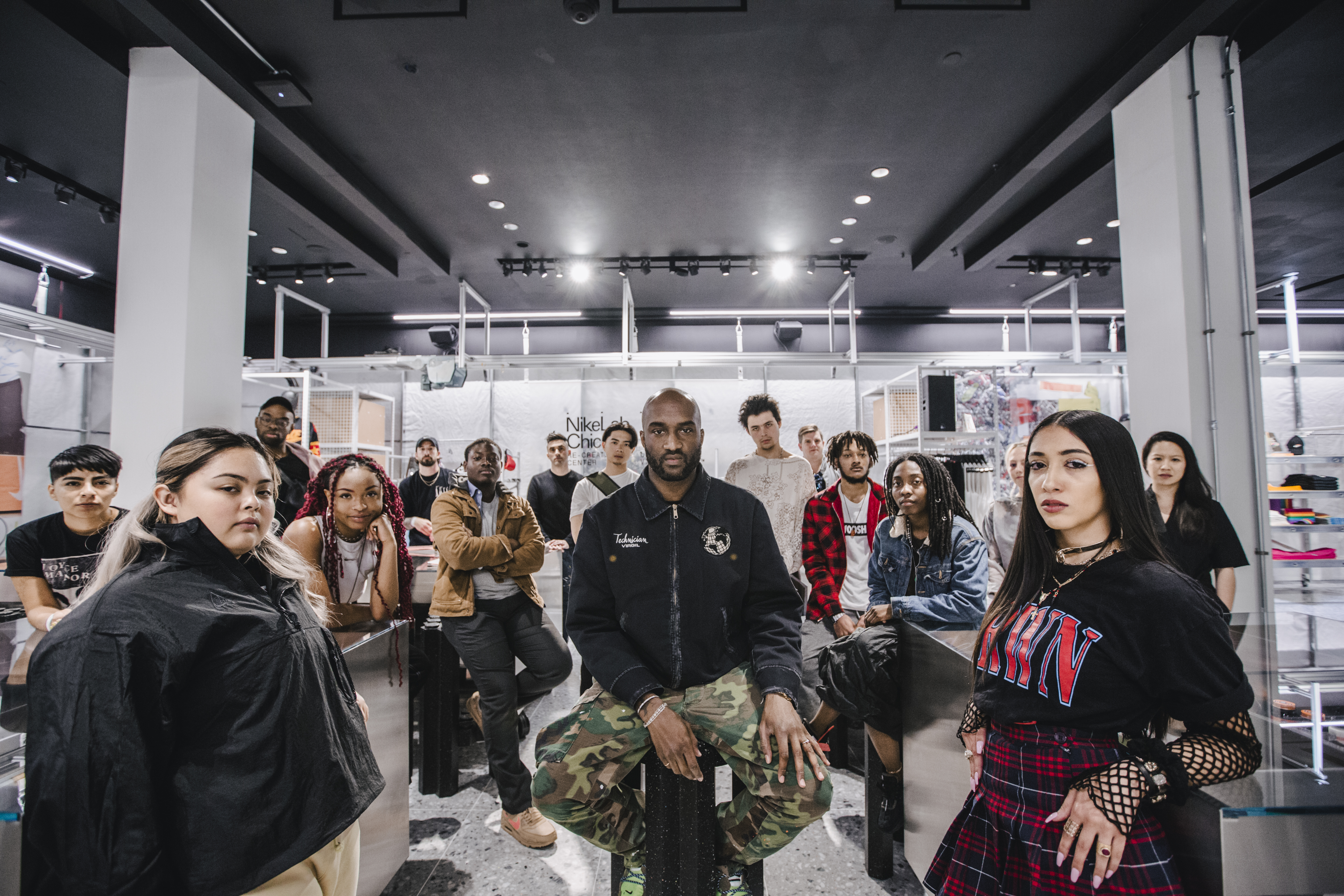 A handful of accomplished African-American Chicagoans descended on Michigan Avenue at the end of last month to participate in a panel during the opening of the NikeLab Chicago Re-Creation Center c/o Virgil Abloh. Abloh—also having a major retrospective at the MCA—talked about his transition from consumer to creator. He remembered the days he would walk along Michigan Avenue, dreaming on a street he considered “a gateway to the world.” Now his own designs are in those coveted shop windows.

The primary message conveyed by the panel—Abloh, designer Don C, WNBA star Cappie Pondexter, Common, designer Ibn Jasper, actress-singer-songwriter Keke Palmer, and Travis Scott (the only out-of-towner)—was a mix of “yes we can” and “just do it.”

“That’s why we’re here. All of us sitting on this panel basically prove that impossibility is like Casper the Ghost under your bed,” Abloh said. 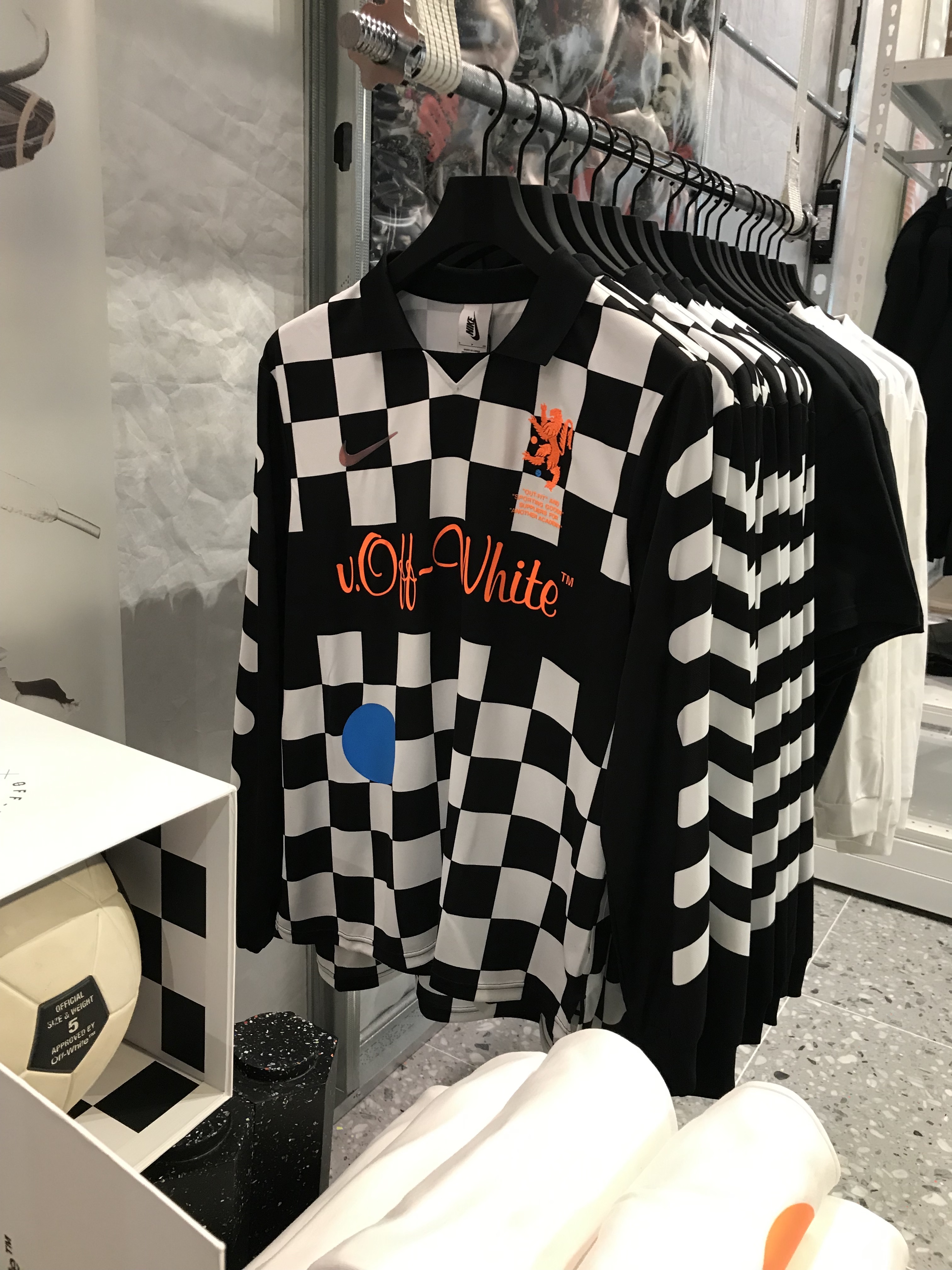 The talk was an ode to Chicago and second cities in general. “If you’re not from the epicenter, you just have to make it in your mind,” Abloh said. Travis Scott, who comes from Houston, says his hometown had the same effect on him: “Everything is off your brain.” Don C added: “Coming from Chicago is just being real, being authentic to what you are. We’re really genuine, maybe because our people migrated from the South. We’re big thinkers, big dreamers. That authenticity connects us with like-minded people globally.”

To foster this creative climate, NikeLab is a space where anyone can sit and channel their inner designer. Art materials are provided onsite. In addition to that, the site offers mentorships with established local creatives, such as Chuck Anderson (graphic design), Paul Octavious (photography), Alyx Harch (fabric design), Thomas Kelley and Carrie Norman (brand identity) and Ann Lui and Craig Reschke (architecture).

The space will sell special editions of Nike merchandise, and offer a recycling program branded Nike Grind. They will build a basketball court for the community of Chicago in 2020 with the material collected in the program. We spoke to Claire Rankine, Nike director of communications for the Midwest and Canada. 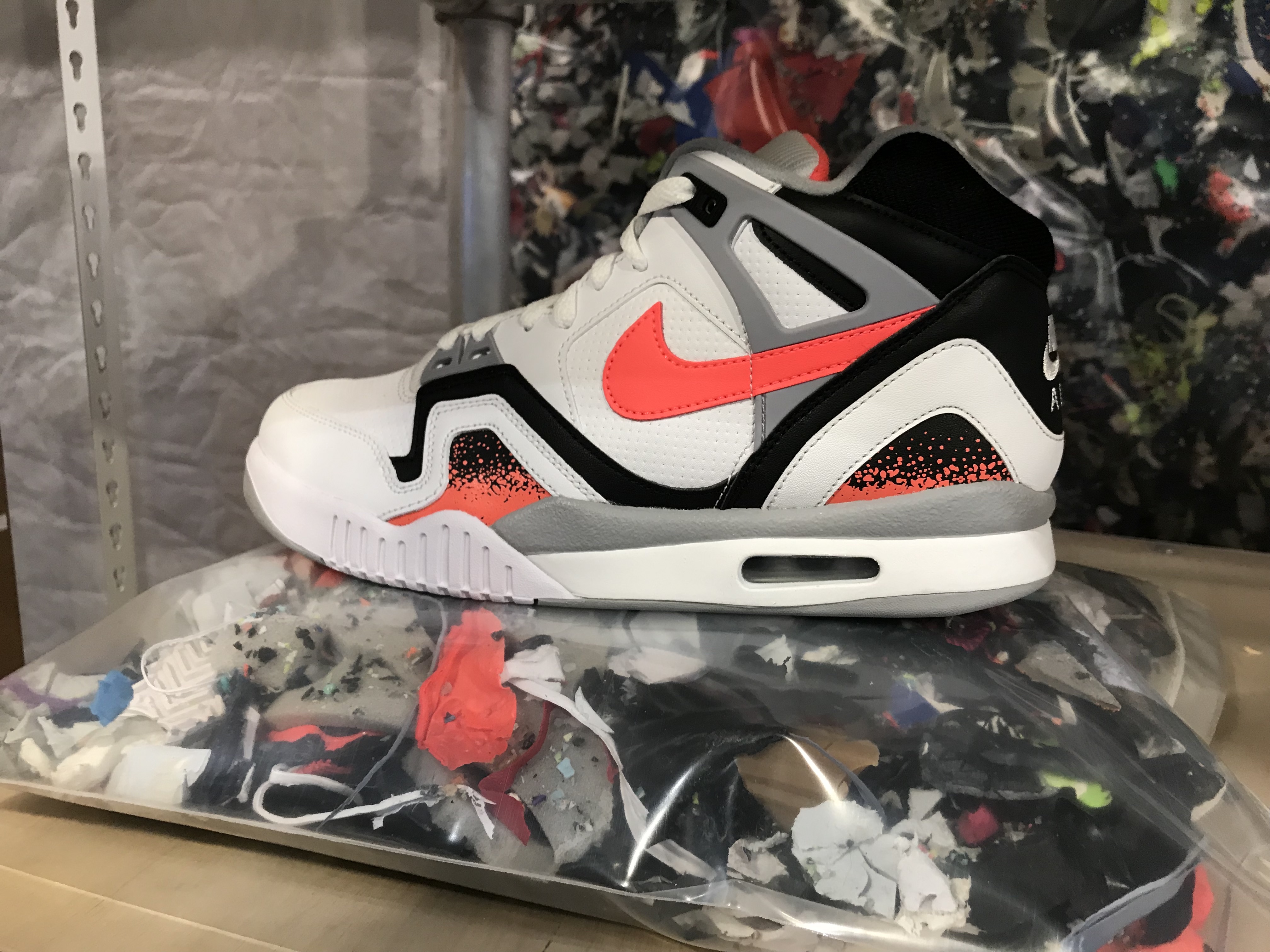 How did this collaboration come about? Why was Virgil Abloh selected?
Nike and Virgil joined forces to design the NikeLab Re-Creation Center c/o Virgil Abloh, a cultural hub giving youth access to mentorship and the tools needed to express their creativity. Nike wanted to create a meaningful impact for the Chicago community around All Star 2020 [in Chicago] which intersected with Virgil’s desire to engage in cultural energy of Chicago in a way that changes the community for the better, through sport.

Could you describe the facilities?
Located on Michigan Avenue, Nike worked with Virgil to identify materials and an approach to the [site] that reflects his passion for the environment as well as the community. Virgil described Michigan Avenue as his “portal to the world” when he was growing up. With a space available next door to the Nike Chicago store, we knew we had the ideal location. The main features include a space for the Chicago youth and Chicago creatives to gather; workshops by Chicago-based mentors, all handpicked by Virgil; and community “Giveback” during NBA All-Star 2020, with a court made of “grind”—recycled, worn-out athletic shoes collected by Nike’s Reuse-A-Shoe program; and [a] product assortment driven by the city’s needs and wants. 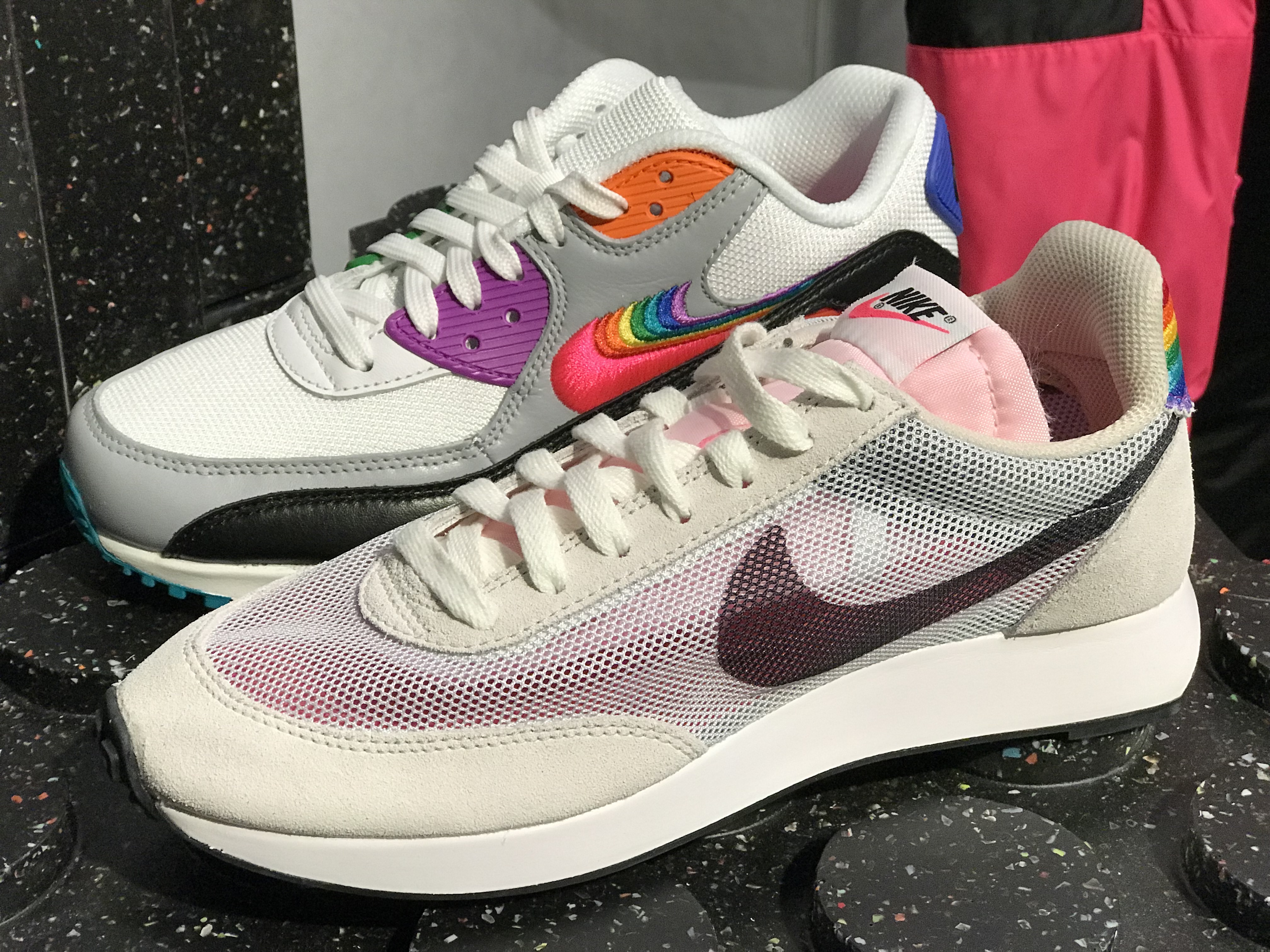 What kinds of products are sold?
As a NikeLab space, NikeLab product will be available, as well as special products that include a T-shirt that Virgil designed. An assortment of product, informed by preferences and buying patterns our Chicago consumers have shared with us, will be available as well.

What makes the design of the space unique?
We worked with Virgil to identify materials and an approach to the [space] that reflects his passion for the environment as well as the community. He was involved in every aspect of this project, from the retail design to choosing our community coaches to the court giveback in the city. 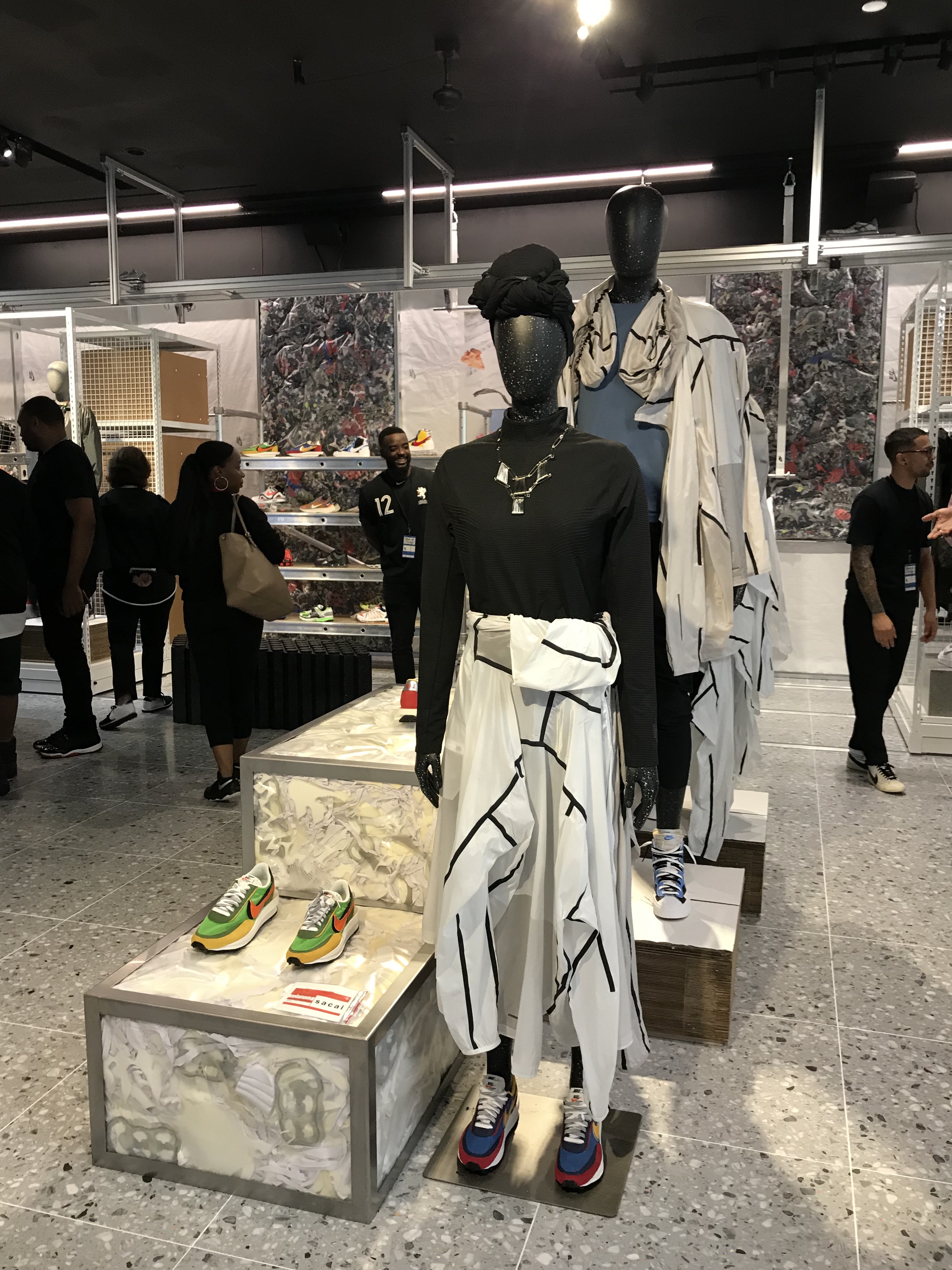 Can you talk about the workshops?
The Re-Creation Center’s mentorship program welcomes ten Chicago-area creatives for an immersive eight-week experience with Abloh and the wider group of mentors. Each will have the opportunity to advance the skills of their respective practice and engage with complementary areas of expertise. Commencement is marked by the presentation of a final project. Youth from the community will have the opportunity to participate in workshops to provide them with insights into different creative career paths. Chicagoans will have a chance to participate in mentor-led workshops, designed to help elevate their craft and provide them with access to the most creative minds in the city. These workshops are open to the public and access to workshops will be through the SNKRS app.

How long will this project last?
The store is open from May 31 to July 28, 2019. Once the pop-up ends, we will close The NikeLab Re-Creation Center c/o Virgil Abloh and work with our local community partners to donate furniture and equipment.