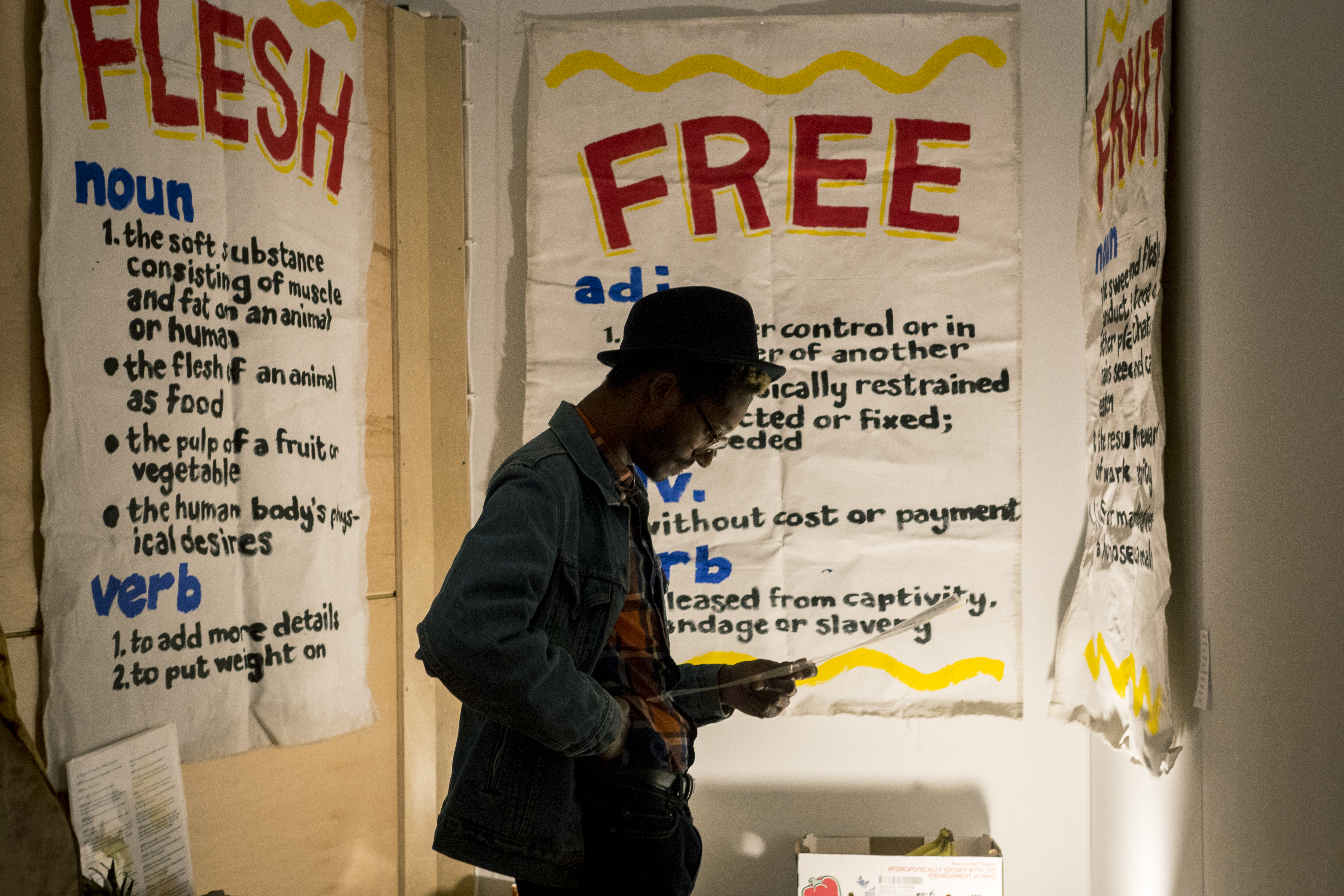 What does justice look like? Does it have a shape or a particular architectural design? For the 2019 Chicago Architecture Biennial, the artists and cultural workers behind the Justice Hotel are contemplating just that. Artist Amanda Williams, Justice of the Pies chef Maya-Camille Broussard, grower Sarah Mallin, 6018North artistic director Tricia Van Eck and a host of artists and curators will operate an experimental co-op-style hotel, with the intention of generating income while addressing issues of housing and justice.

Partnering with the Biennial seemed like a natural fit because their intentions line up so closely with this year’s themes, titled “…and other such stories.” CAB’s curatorial statement calls on the public and the architecture world to reflect on how the built environment engages with “social, geopolitical and ecological processes that affect our collective past, present and future.” 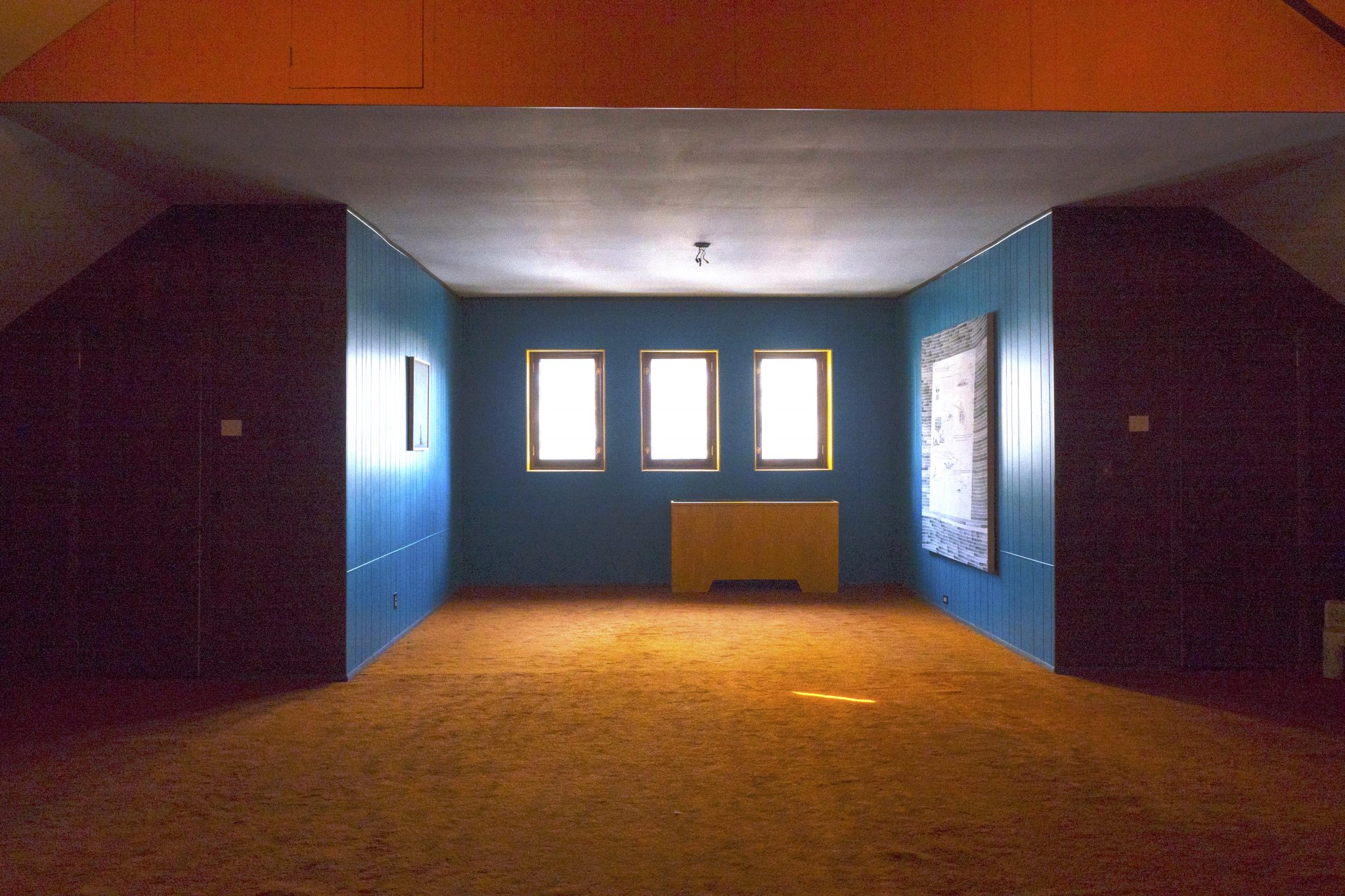 Those interested in experiencing 6018North’s Justice Hotel can schedule a room on the gallery’s website from September 19 through January 5, 2020, the duration of the Biennial. Programming varies by the day of the week. Community dinners take place on Fridays; Sundays will be a day of healing. The curators in charge of programming and hotel administration are referred to as concierges, a less-hierarchical term that conjures a more helpful, hospitable vision.

Ciera Mckissick, one of the concierges, got involved in the project in 2018, where a version was tested out during EXPO Chicago. “I really love the work that both Tricia and Amanda Williams do, especially with community-building,” Mckissick says. “A lot of the work that I do has a common thread of having a cause attached to it. I like to do things with purpose and intention.”

Van Eck and her collaborators hope eventually to build an actual hotel in a yet-to-be-determined Chicago community affected by gentrification and generations of disinvestment. They envision Justice Hotel as a model for neighborhood reinvestment, where the community owns the hotel so that the money generated from the venture stays in the area. 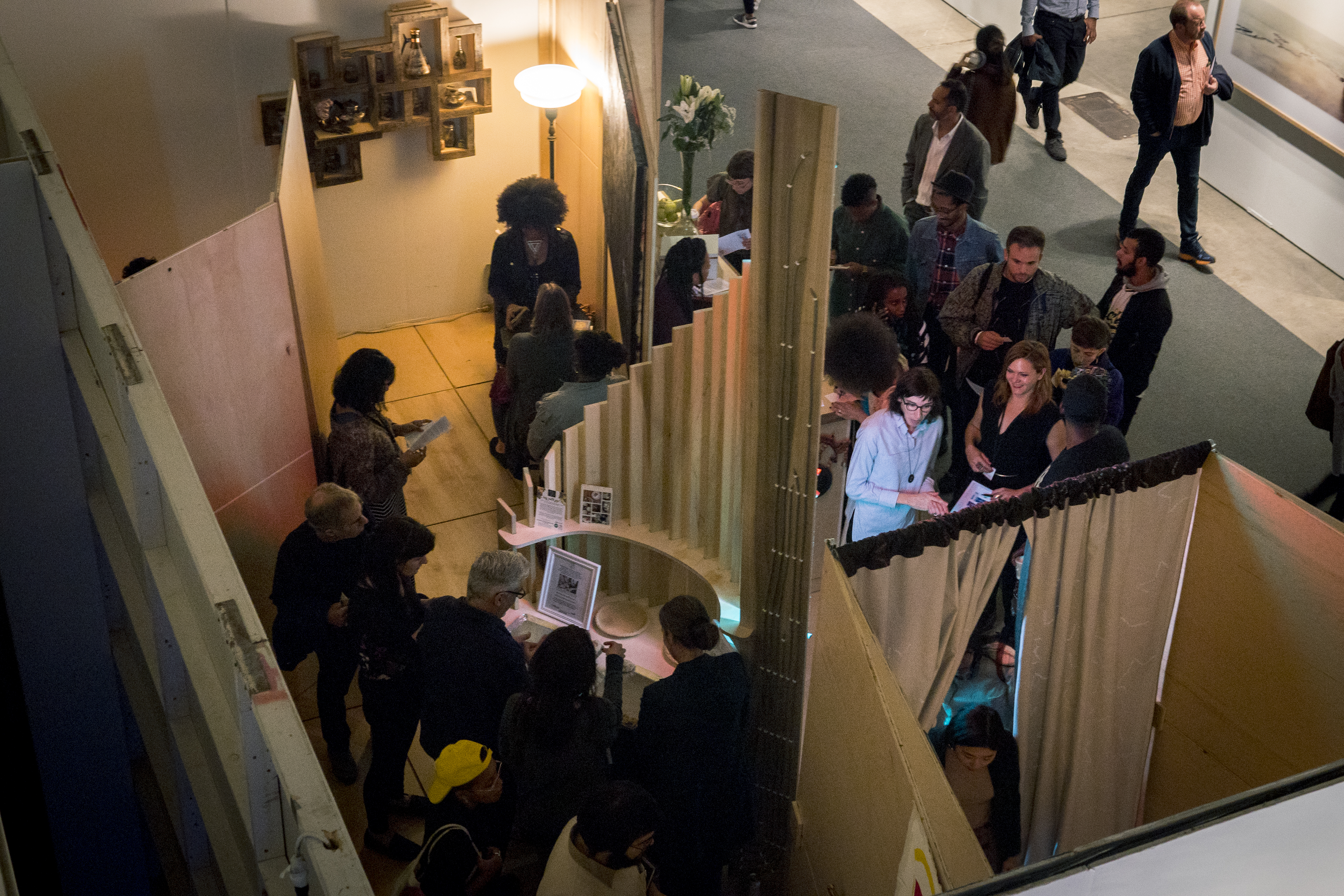 “Often what happens is someone comes from somewhere, like the North Shore or Florida or all these places that are not from the community,” Van Eck says. “They develop the area and then they leave. So the money doesn’t stay. It goes somewhere else. And then the people have to live with that impact.”

With initial funding from the Joyce Foundation, Van Eck says working with artists and youth is an intentional part of the project. “The Joyce is interested in artists who are creating new models to solve economic and social issues, often through economic generation because artists are kind of nimble,” she says. Because they often don’t see themselves as part of bureaucratic systems, artists and youth can bring new energy and new ways of thinking. This iteration of the project will allow the collective to test out all levels of their idea: how the programming is scheduled, how the hotel is managed and how the ownership model works. If this model is successful, it can serve as a template for building a fully functioning Justice Hotel. Van Eck is clear to note that this project will only work if the community is totally on board, and she’s well aware that collaboration is not always easy. “Can housing be a healing process? Because it’s so fraught,” she says. “Can people stay in their neighborhoods and can their neighborhoods be healed from within rather than from without?” 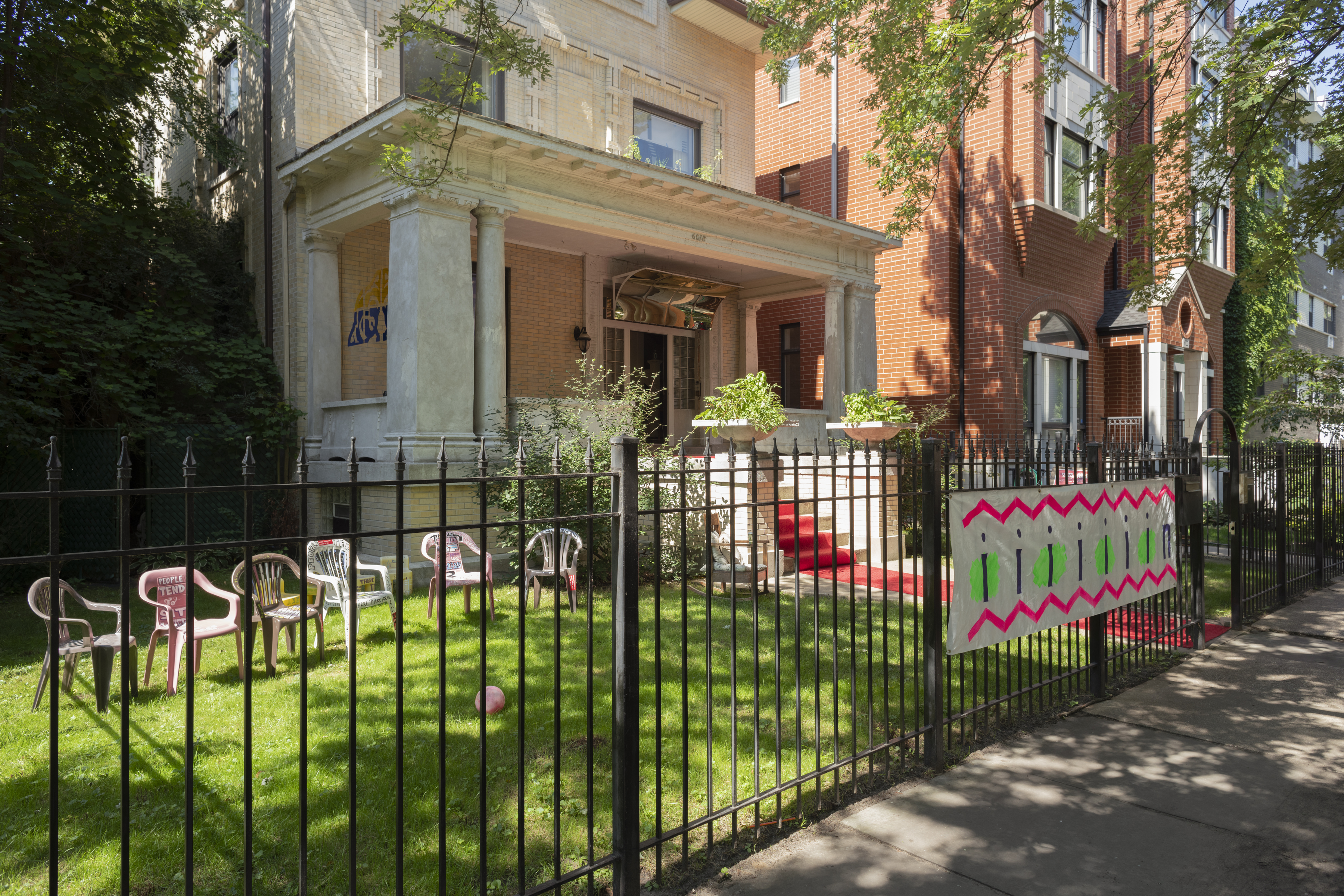 The collective has a host of goals for the project, some lofty and some more basic, from repairing the harm from decades of neighborhood disinvestment to getting curators to work cooperatively together to try to come up with a model that could actually stop gentrification. At their EXPO Chicago booth last year, if visitors wanted to enter, they first had to anonymously write down what they would personally give up for justice. The goal was to get people to think about what they have, what they value and connecting that to what others don’t have, the ways in which society is unequal. This iteration of Justice Hotel may not be as explicit with guests, but it is still intended to get participants to think deeply about questions of justice and community.

“We can be a facilitator and a platform for programming justice,” Van Eck says. “In thinking about what Justice Hotel stands for, it’s really getting people to think and converse with one another and step outside of their comfort zone as a practice,” Mckissick says. “I hope that it’s thought-provoking, and changes how people think.”