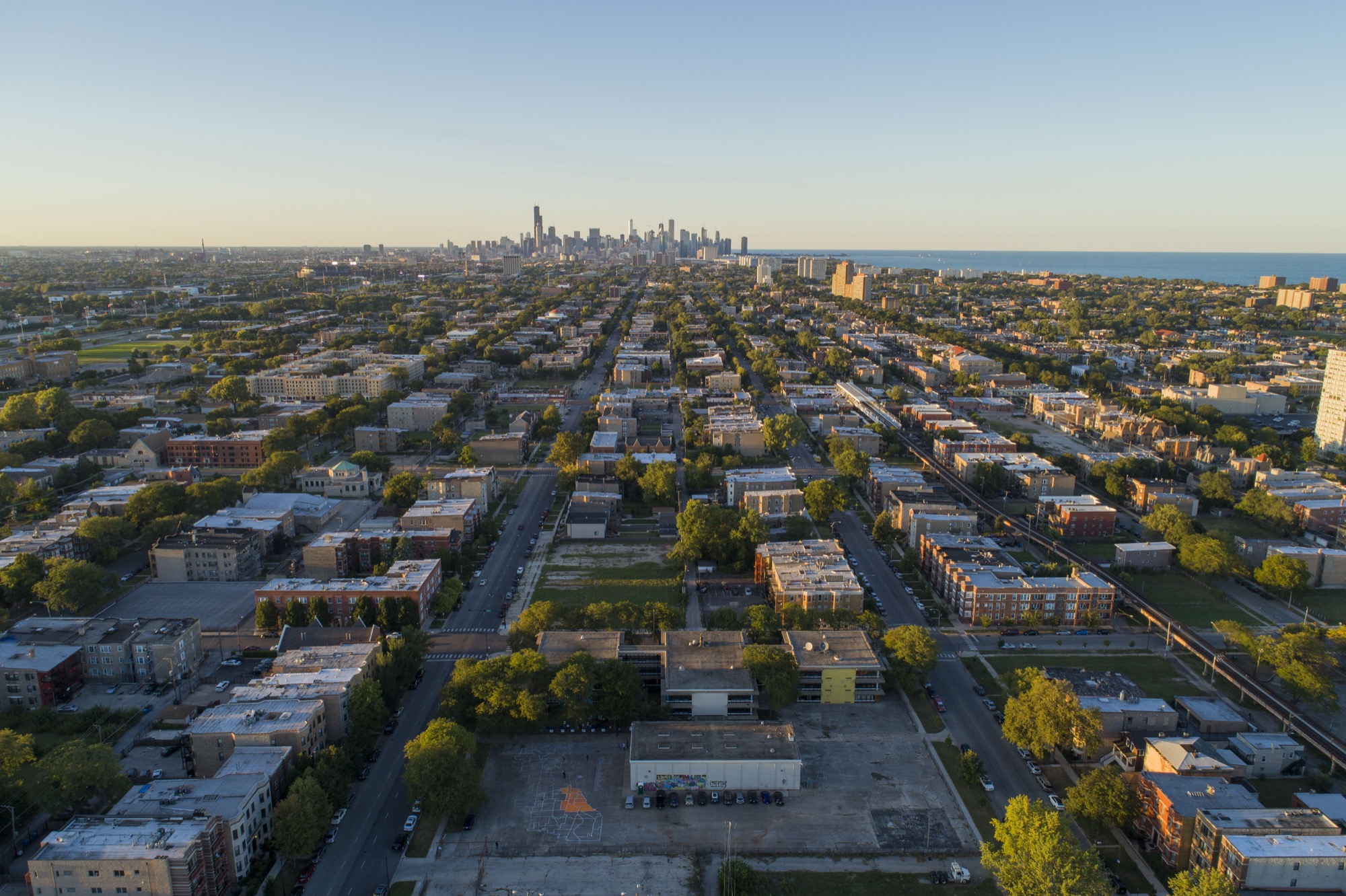 One of the victims of the forty-plus CPS school closings has risen to the light of the design world, thanks to a dedicated group of more-than-designers. Anthony Overton Elementary in Bronzeville has been shut down since 2013, but its unique mid-century-modern architectural features and importance to the community have kept it a key site for exploration. In collaboration with the Chicago Architecture Biennial, Borderless Studio is working with architects, teachers and Bronzeville locals not only to preserve the building, but to transform it into a thriving community resource and space for artistic expression. Rather than letting it lie vacant, the Borderless team, along with many collaborators, are creating design content, asking questions and reimagining the physical space. The central goal of the project as phrased by Borderless founder Paola Aguirre Serrano is to “spark collective imagination” at the former school site.

Aguirre Serrano, one of the leaders of the project, has extensive training in architecture and design, both in Mexico and the United States, working for nonprofits and in the private sector, with public officials and hands-on in local communities. She says her early work as an urban planner instilled in her a sense of civic duty, one that she hasn’t been able to shake. The Overton project, entitled “Creative Grounds,” is structured around three summer events onsite. These events take the shape of workshops where students from Williams Prep (one block west of Overton) join architects from around the world, Bronzeville community leaders, and volunteers to create art, share ideas and conceptualize how to activate the school to its potential to serve the most needs. 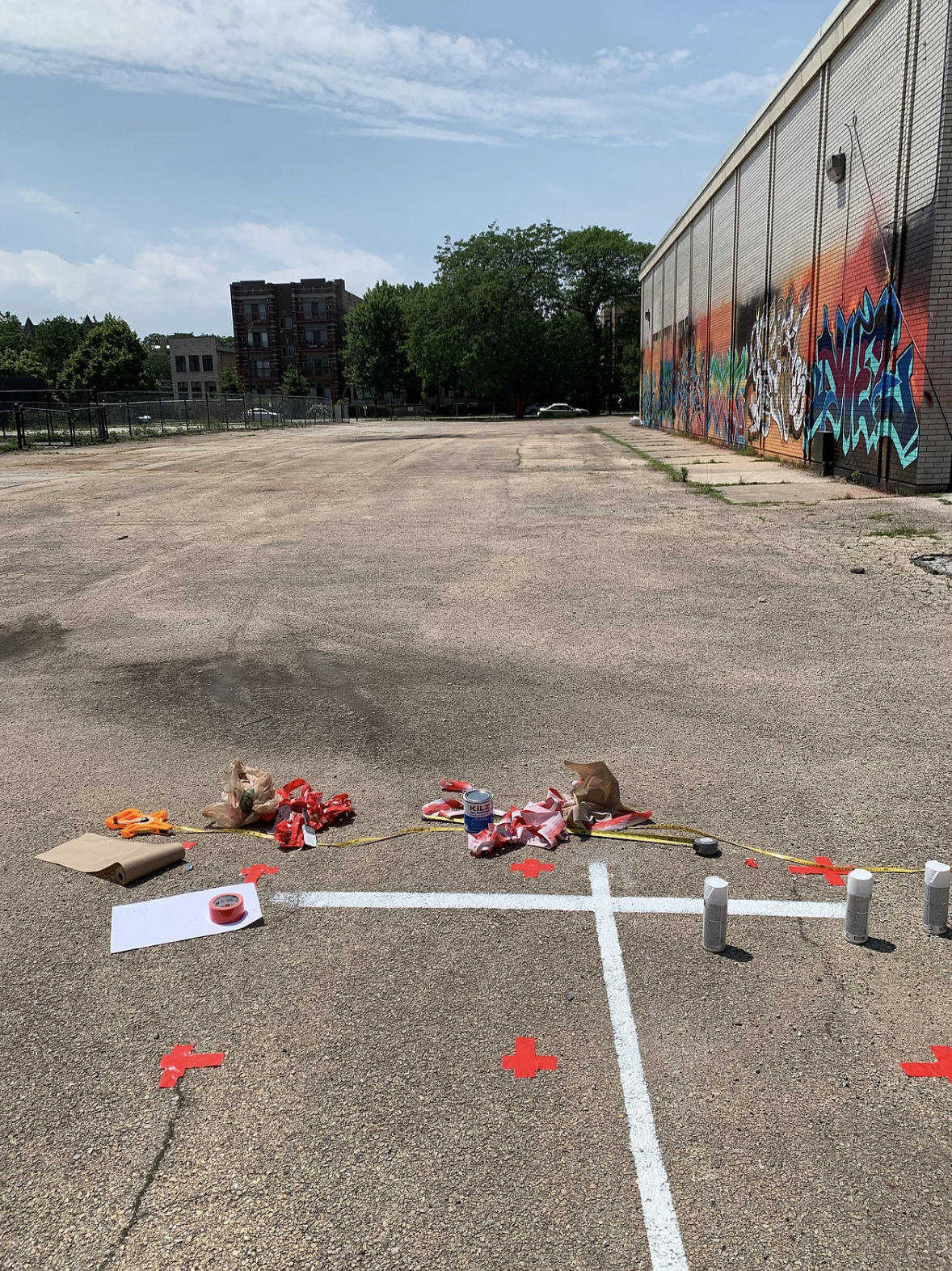 The work of just assembling these varied voices in one room is equally if not more important than the outcome of these workshops. Central to Borderless’ mission and Aguirre Serrano’s work as a creative is the idea of breaking down barriers between disciplines. Too often, she notes, architects, urban planners, civilians and designers work as siloed operations. In the spirit of their name, Borderless is founded on interdisciplinary collaboration. “I’d rather make something together than make something perfect,” she says.

The Overton project is just as much about visibility as it is outcome, Aguirre Serrano says. Through both design and community organization, she hopes to attract public attention to the tragic closings of CPS buildings and the effect they have on surrounding communities. One project in progress is the creation of a large-scale map installation on the east side of the school. Volunteers and designers will paint a map of Bronzeville and Washington Park on the concrete, which Aguirre Serrano believes will highlight the neighborhood’s assets: the buildings, people and public resources that make the area great. 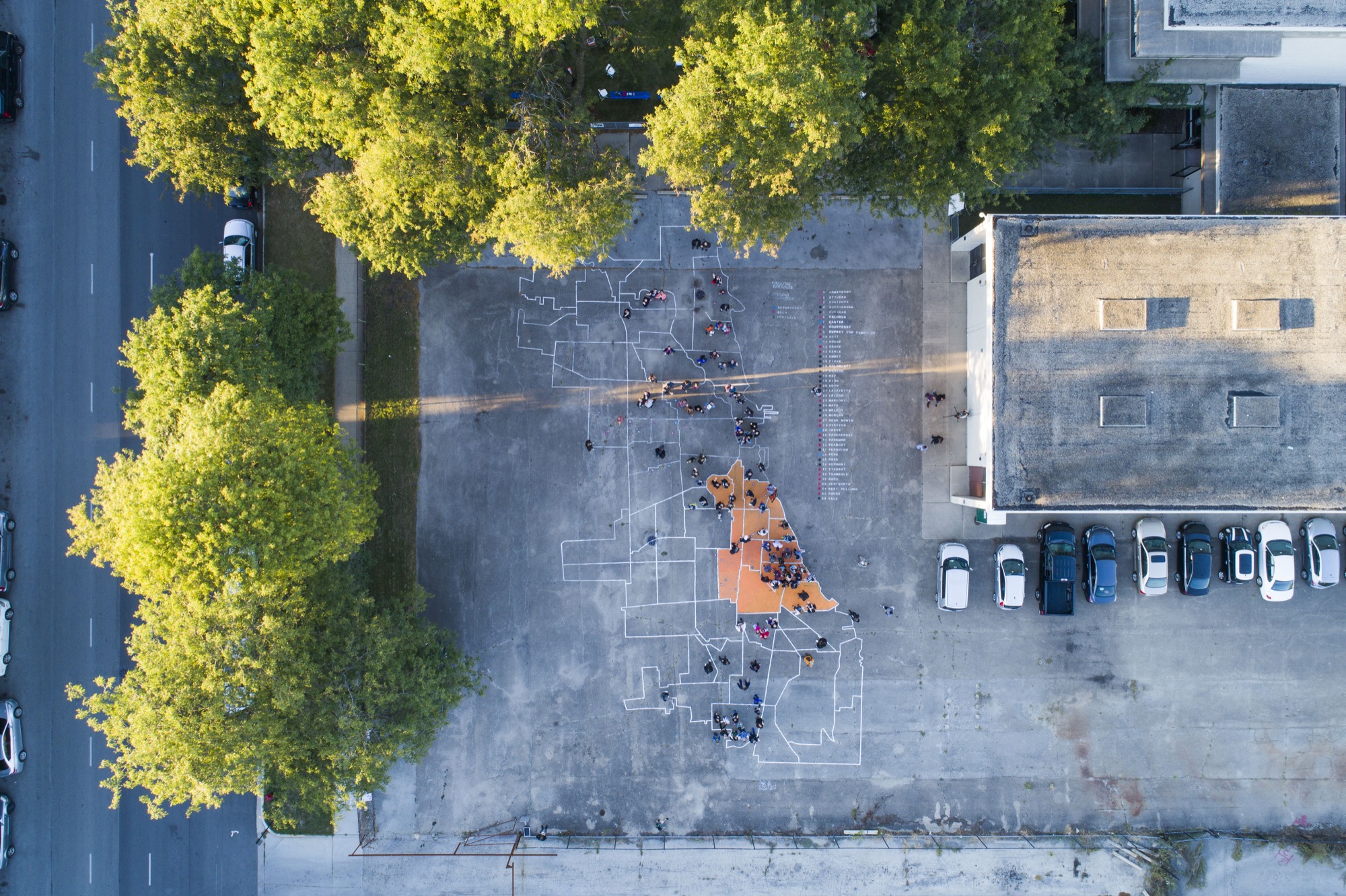 The completed map of Chicago and the sites of school closing /Photo: Ben Kolak

The last of these summer events coincides with the Chicago Architecture Biennial in September, and will celebrate the creative work of the project, as well as serving as an exposition site for the Biennial. As Aguirre Serrano sees it, however, the Biennial is a moment in the broader life of this project. She began working with Overton three years ago, and has action plans that extend far beyond the Biennial’s January end date. The theme of this year’s biennial asks the question of how the built environment can reflect societal inequity, but more importantly, how it can be used to challenge inequity. The Overton Elementary project exemplifies that notion. Aguirre Serrano and her team are reflecting on the product of racial, geographic and socio-economic injustices—public school closings—and are using their aftermath as a direct site to challenge those injustices.