Mell Monroe, who owns the stately Welcome Inn Manor, a Bronzeville bed-and-breakfast, was not happy when in 2017 he read the headline at the now-defunct DNAinfo: “City’s Top B&B Closing Because Guests Are Scared of Bronzeville, Owner Says.”

“That’s not what I told the reporter,” Monroe says. “I’m actually expanding, buying another place in north Bronzeville, but by the time I contacted the newspaper, they’d already closed their doors.”

Monroe did, however, confirm that a small number of his guests arrive at his Bronzeville B&B and, a little freaked out by the neighborhood, leave immediately.

Monroe didn’t have to say it, but I’d guess most of those guests who leave are white. Fear of the South Side is one reason why South Side architecture, restaurants and cultural institutions don’t get the attention they deserve—people, specifically white people, don’t get down that way.

Lee Bey’s new book, “Southern Exposure,” might go some way toward bringing more eyes—and dollars—to the southern reaches of Chicago which, as Bey reminds us, is an immense geographic area, making up more than half of Chicago’s land mass. “Most of the city is the South Side, a geographic area that’s the size of Philadelphia—twice the size of Brooklyn,” Bey says. “More than 750,000 people live on the South Side, a population rivaling that of Boston or Detroit. And yet Chicago has turned its back on it—and its architecture—with relative ease.” 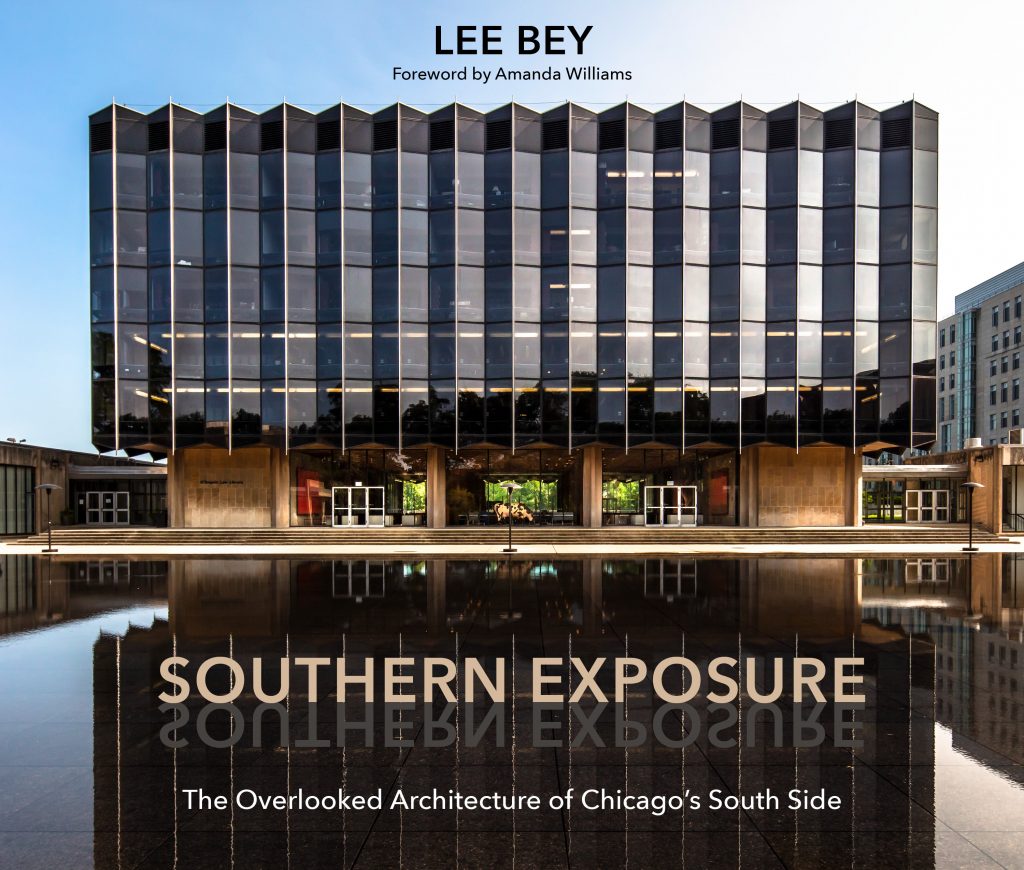 In “Southern Exposure,” Bey focuses on the South Side’s architectural treasures. In addition to Monroe’s Welcome Inn Manor, there are many more public buildings and residences, some around a century-and-a-half old, that in their day were nothing short of magnificent; some still are, and some could be so again.

Bey’s book is a reminder that there’s a lot to lose if we continue to let the South Side go, allowing buildings to crumble until they’re beyond repair, and then yielding them to the wrecking ball, the crushing conclusion to a period of disregard and abandonment.

“Demolition is the end of an act… that starts years earlier with civic neglect and disinvestment caused in no small part by the institutional racism that always seems to kick in when a neighborhood is predominantly black,” Bey writes. “The city that can ignore, write off, marginalize or devalue a building or neighborhood one day can ultimately demolish it the next. And on the greater South Side—and the predominantly black West Side as well—important buildings are at risk.

“How did this enviable collection of architecture wind up on the South Side? The answer requires a trip back to the 1880s, at the beginning of a fifty-year era in which the South Side was the engine that drove Chicago, when the South Side was confident and powerful enough to host successful World’s Fairs in 1893 and 1933; and when the area’s industry employed tens of thousands of people working shifts around the clock,” Bey continues. “It was when the well-to-do and middle class were drawn to the handsome houses and wide, well-planned streets built by real estate developers in neighborhoods such as Englewood, South Shore, West Pullman and others. The South Side made Chicago Chicago.”

“Southern Exposure” succeeds at what so many books attempt: it changes the way you see your world. After reading Bey’s book and seeing his photographs that fill its pages, we were driving east along North Avenue toward the city on the equally neglected West Side. I found myself noticing an interesting cornice here, some exotic Middle Eastern detailing there, an ineresting doorway, architectural features I’d driven by hundreds of times but that never registered in my consciousness. After you read “Southern Exposure,” you may never see your city in quite the same way.

To get a sense of the range of significant architectural masterpieces on the South Side, here are three examples from Bey’s book that illustrate the richness of this gigantic, frequently neglected part of town.

Bey believes that in many cases, all it takes is “civic will” to gather and deploy the necessary resources to spare an old, distinguished, historically significant building from the wrecking crew. Of the Yale Apartments, he explains that the majestic yellow-brick building “spent years in dereliction and abandonment and [was] nearly wrecked. What a loss, had the building been demolished… its corners [are] marked by a bold vertical line of bow windows and floral limestone detailing. Inside, seven stories of apartments face an enclosed light court topped by a skylight. That’s too much beauty to wind up as rubble in a landfill. Thanks to a $9.5 million restoration and rehab in 2003, the building is a city landmark, providing quality affordable housing to seniors, one of the finest looking, surviving 1890s apartment houses in the city.

One cannot stand outside the Yale Apartments and not take in the small touches, architectural details like the exuberant stonework, organic vines and majestic scrolls inscribed on bulging balcony-like overhangs on street-level windows that support seven-story windowed columns. This is the kind of detailing, and the now-vanishing craftsmanship, that make one think, inevitably, that “they don’t make them like they used to.”

Looking at the Yale Apartments, one is taken in by the rock-solid permanence of the place, the confident artistry that reflects an unshakeable belief that this is a building that is going to be around for a long time. Thanks, as Bey puts it, to “the civic will to marshal the resources needed,” it will be.

Civic will is what it takes, a collective action by a community of individuals. Resurrecting the South Side is going to take more than just an adventurous developer here and there.

We visited the Yale Apartments as part of the Chicago Architecture Center’s Open House Chicago, an annual event open to all who want to walk inside residential, civic, religious and commercial buildings that would otherwise be closed to the public. Open House Chicago takes place October 19-20.

I spent my childhood years at Portage Park school on the Northwest Side, so I’m acquainted with the Neoclassical-Federalist-style of schools in the Chicago Public School system. Chicago Vocational High School, now called Chicago Vocational Career Academy, is where a young Lee Bey spent his early years.

“About half of its $3.5 million construction cost came from the federal Public Works Administration, and the architecture has that blocky, abstracted, federal modern aesthetic,” he writes. “A close look reveals the modernist-limestone bas relief panels showcasing the various trades taught there.

“The school system has maintained and rehabilitated the building in recent decades. Unfortunately, the school was built for six thousand students, but currently has only eight hundred students enrolled… the architectural treasure will remain in use, thanks to a $75 million redevelopment in 2015.”

Walking through the front doors of what was once called the Chicago Vocational School, students must have felt a soaring sense of pride and expectation that they would rise to meet the challenges set before them by the school’s physical impressiveness. Learning and academic greatness can take place anywhere, of course, but having a grand setting for your education seems likely to engender grand visions, big thoughts, pride. Bey recalls in conversation that when he was a student at Chicago Vocational, “we all called it ‘the palace.’ There was a sense that we knew we were going into a special place,” and likely a sense that they, the students, were themselves special and expected to achieve something out of the ordinary.

So much architectural inventiveness is fueled by the vision of individual entrepreneurs who hope to stand out from the crowd with places of business that catch the eye and, ideally, the consumer dollar. This is not to diminish their architectural achievement, and here and there, businesses take bold steps to distinguish themselves in the marketplace and broadcast their specialness, like the backward “K” on the mid-century Nickey Chevrolet sign, or the gigantic, full red Magikist lips that once greeted motorists on the Ike into Chicago.

“One of the most unusual buildings in Chicago” is how Bey describes Pride Cleaners, a personal South Side favorite of his. “The spectacular, radically tilted, self-supporting hyperbolic paraboloid concrete roof touches the ground on three sides, then shoots skyward above the main entrance. An architectural creation from the Space Age, with a roof pointed toward the heavens—in all of Chicago’s 238 square miles of architecture, there is absolutely no other building like this one… Pride was as radical as a flashy new 1959 Cadillac—tail fins and all—roaring past a row of Model Ts.”

Many times, as is the case with buildings by Frank Lloyd Wright, the artistic vision is powerful but the engineering expertise “needs work.” (In Oak Park we have heard many stories about Wright-designed flat roofs that leak and walls that crack.)

Designed by Gerald Siegwart, Pride Cleaners is, amazingly, still in operation as a dry-cleaning business. Although tarnished by age and use, this Eisenhower-era masterpiece reflects the post-war period when the sky was the limit and all of us felt we were moving onward and upward to greater things, fulfilling bigger dreams, reaching for the stars. 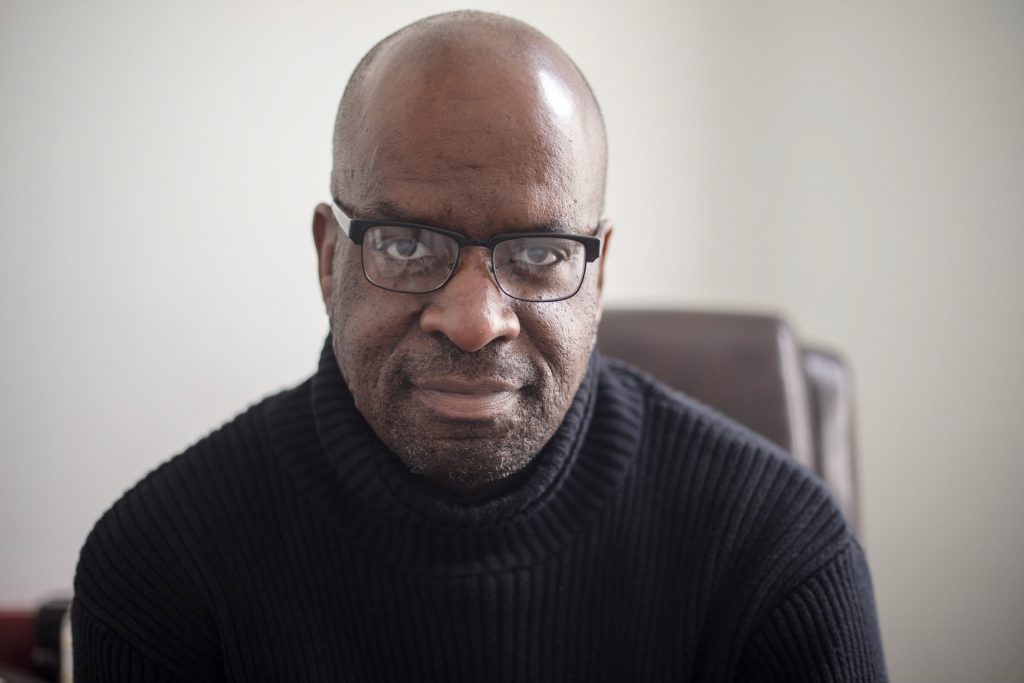 To preserve crumbling architectural treasures of the South Side, money must be invested. The threat, though, is that this will lead to gentrification: fresh investments can make a declining neighborhood more middle-class friendly, but at the same time, the investment may make the neighborhood less friendly to those who are scraping by, barely able to afford rent on places that are literally falling apart.

When new money comes in to fix up old buildings, we applaud the fact that worthy works of architecture are saved. The consequences, alas, could be that those who’ve been living in relatively low-cost housing for decades may be squeezed out. I ask Bey about investment and the problems associated with gentrification. “City officials, banks, insurance companies—the same people who in the past conspired to create an undervalued housing market in black communities—have to say, ‘Look, we want this to be a viable and economically balanced city for everyone,’ which traditionally was the role of cities,” Bey says. “It was suburbia that excluded people for reasons of economics, race and ethnicity; cities, in theory, were the opposite of that.

“Developers, bankers, city officials and others have to sit down and decide what they want to do. These entities have the ability to do that. In the sixties and seventies, these people sparked urban renewal. Now they have to think about all this in a different way. If we’re doing this without some kind of equitable intervention, what would happen is a rich guy will come in who can pay $200,000 for a house in Bronzeville and then put another $700,000 into it, and eventually their neighbors get pushed out. That’s not what this city ought to be about.”

Lee Bey will give a presentation on “Southern Exposure,” with photos, at the Newberry Library on October 23, 6-7:30pm. Free tickets are required.