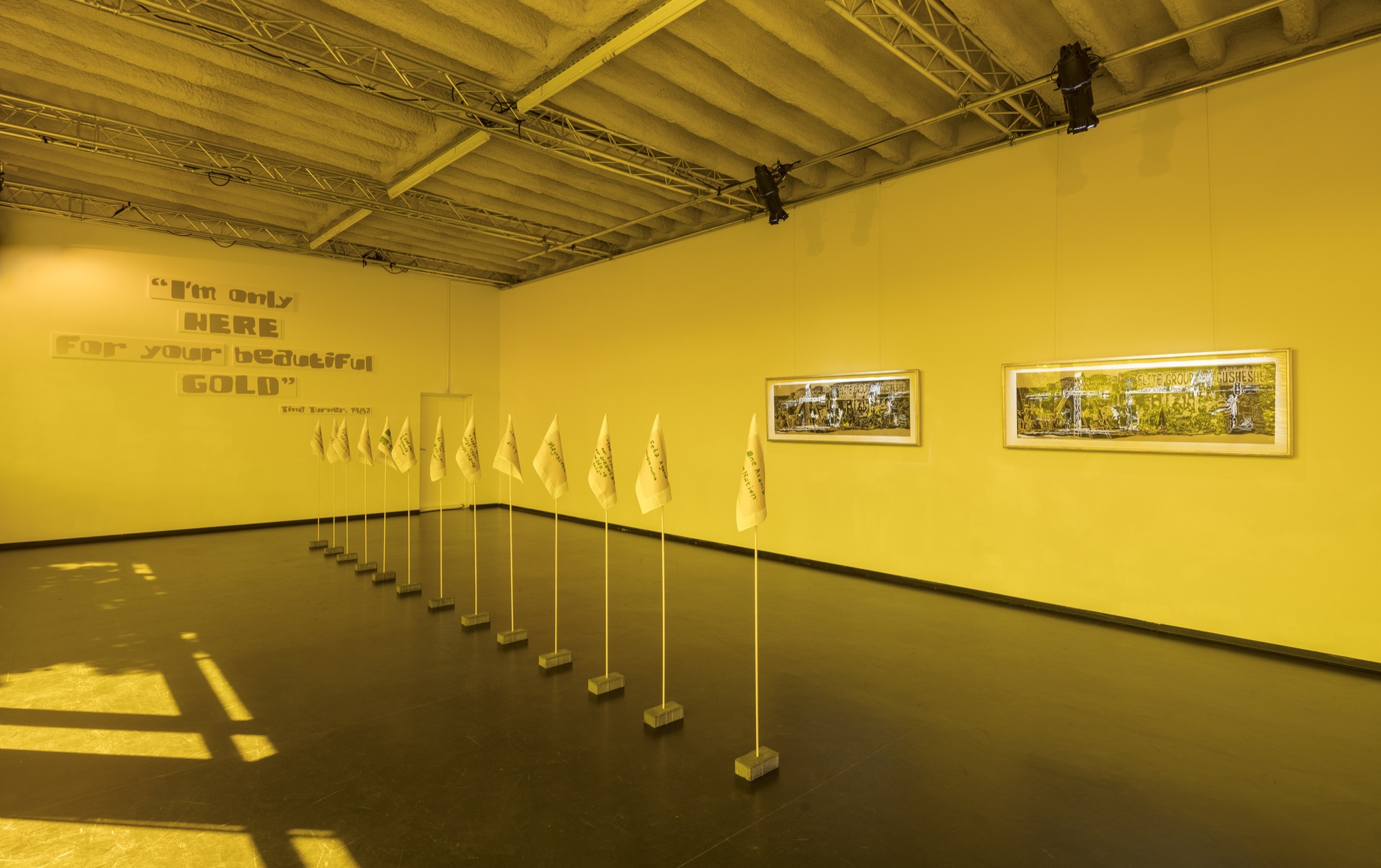 The third iteration of the Chicago Architecture Biennial is unique in its focus on bringing together the international and the hyper-local. One contributor is Malose Malahlela, co-founder and co-director of Keleketla!, a Johannesburg library, art and community space. Malahlela will collaborate with Chicago’s National Public Housing Museum and the Stockyard Institute, an arts and education initiative by artist Jim Duignan in the Back of the Yards neighborhood. Keleketla!, which participated in the tenth Berlin Biennale for Contemporary Art (2018), has hosted cultural programming out of its Johannesburg building since 2008, including film and music festivals, artist residencies, afterschool workshops and publishing projects. For the Biennial, Keleketla! will present a sound installation and radio project that investigates the changing neighborhood around the former site of the Jane Addams Homes.

What are the origins of Keleketla! Library?

We [with Rangaoto Hlasane] started working as a cultural platform while we were still students, in 2003 or 2004. We were doing programming in our rooms, and we lived in student accommodations—we were in a thirty-floor building with thirty rooms per floor, so you can imagine the number of students. It was a very public sphere, and we would print out flyers, then go from room to room to invite people to sessions we were hosting. We would have music, sound pieces, projections, graphic poetry and zine-writing events. That was the beginning, but without putting wording or theory to it—we started just through action, by doing it. And then we professionalized ourselves, we started Keleketla! Library, and we moved from our accommodations to a heritage site, the Drill Hall, which was built in 1904. 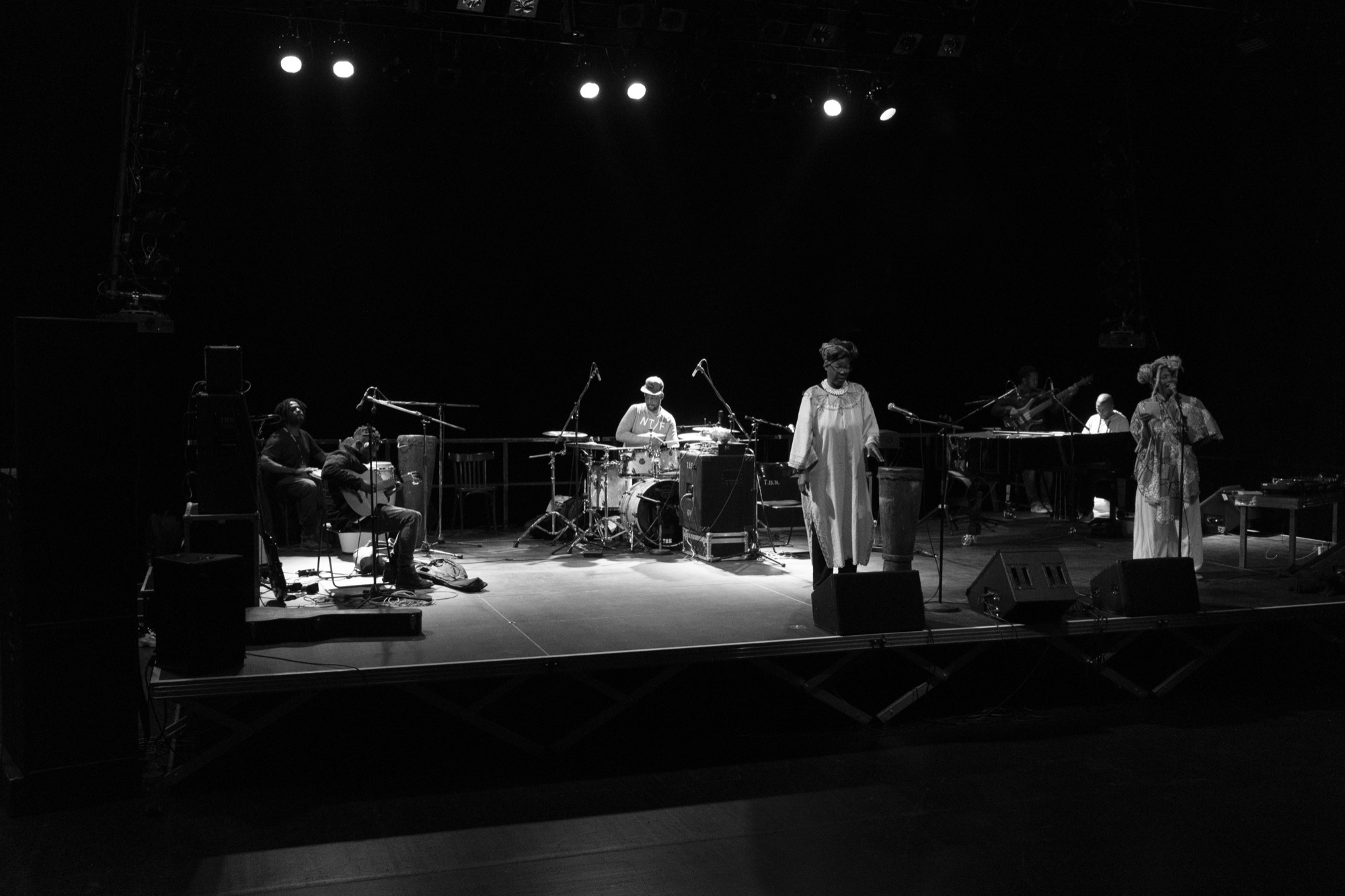 How does the work of Keleketla! relate the history of the building and the neighborhood in which it’s located?

It’s planted directly in the inner city of Johannesburg. The inner city itself is a dense, complex thing, because it was the first entry point for different migrations of people. Johannesburg, like Nigeria, is one of the places that people are coming to from across the African continent. It’s a pan-African neighborhood, rich in different cultures and narratives. The building is significant because it was used for the 1956 Treason Trial of South Africa, where Nelson Mandela and another 156 leaders from across South Africa were put on trial because they drafted the freedom charter. So we’re located in a heritage site that’s entwined with the timeline of the city of Johannesburg itself, and we’ve used the history to propel ourselves into a different kind of sphere of artistic practice. 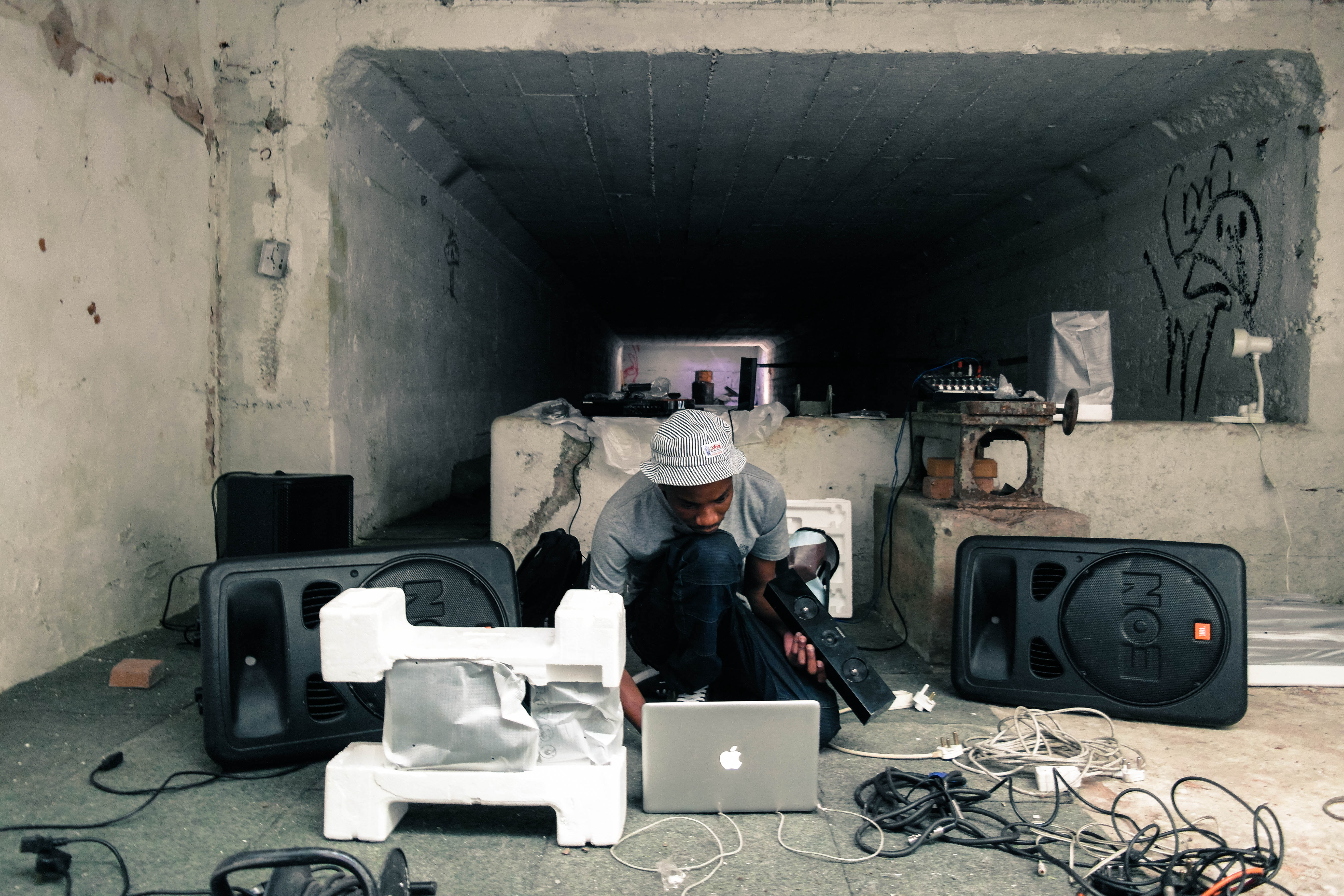 “FM,” a sound installation by Malose Malahlela in an historic underground shooting range built in 1923 located below the Drill Hall Precinct in the inner city, 2014/Photo: Eric Dube

Are there similarities that you see between the community Keleketla! is based in and the social context around the Jane Addams Homes?

Funnily enough, Chicago and South Africa have interesting parallels. The Great Migration, in which African Americans moved from the South to the North, to Chicago and other parts of America, has some similarities to the Gold Rush in Johannesburg, when a lot of black Africans or black South Africans moved there. They worked in mining, and then the housing industry, working as maids and so on and so forth. There are also parallels between housing rights: In South Africa segregation was the policy, in Chicago, it was more the Chicago Housing Authority structuring people into different realms. Where the Drill Hall was located was the first mixed-race neighborhood, where Indians, blacks, and whites were all living together, producing different cultural and political forms; similarly, Jane Addams worked in a neighborhood of Italian, Jewish, and black residents. 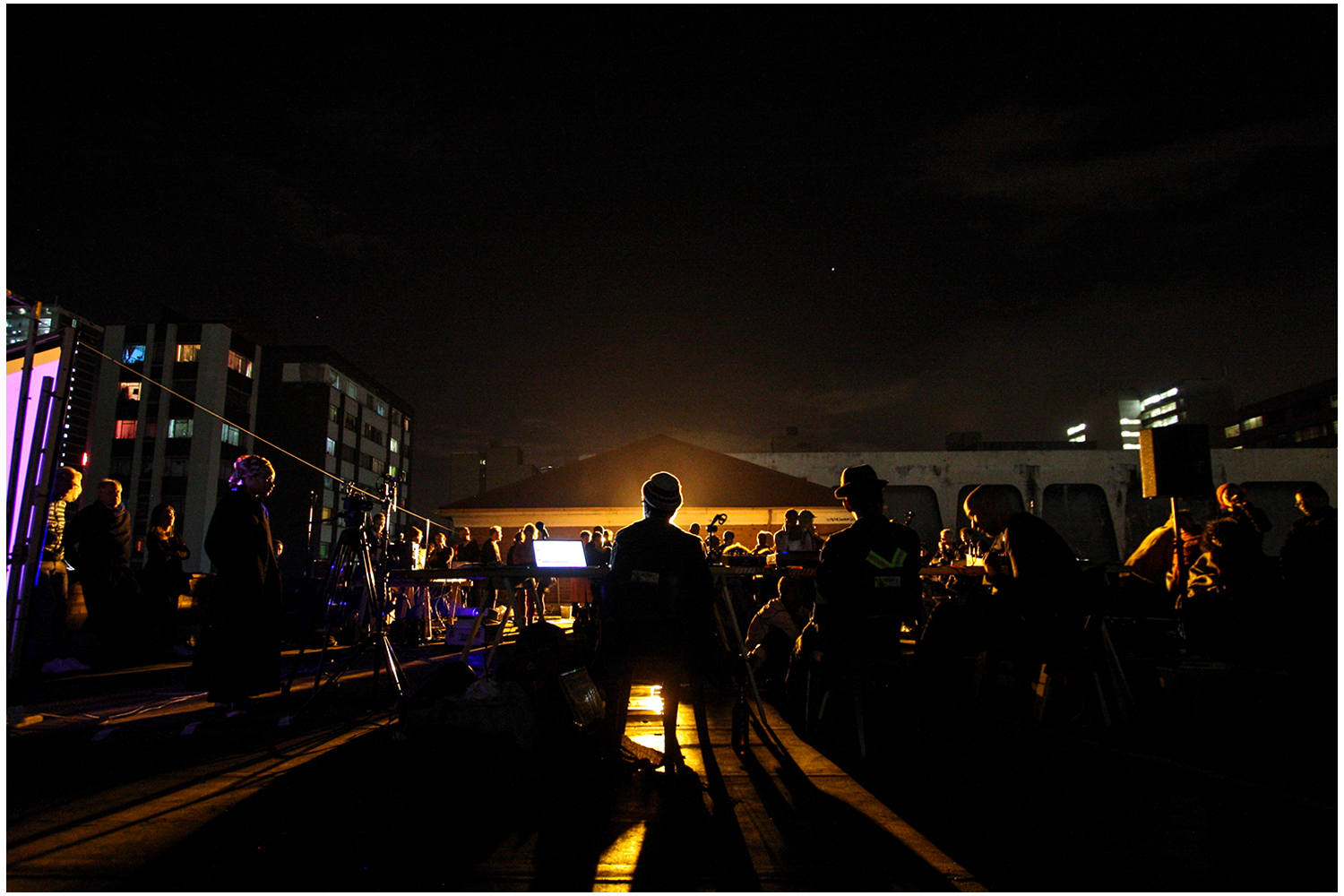 Can you expand on what your project for the Biennial will look like?

It will be a scaffolding structure at the Jane Addams Homes that has audio and radio components, and we’re still working on the day-to-day programming. We’re interested in how sound can complete a sense of space, and the concept of listening to the infrastructure itself. The site has been dormant for a while, it’s been locked up and boarded up. But if the house could talk with the existing neighborhood, what would it say? There’s a quote by Alejandro Aravena in which he defines architecture with a capital A as skyscrapers and superstructures that are beautiful but daunting. And then you take the Jane Addams Homes, where architecture is defined differently. It’s the infrastructure within a community, it’s a narrative about housing issues. Our installation is about all these things: neighborhood disappearances, narratives that were there but are really fading out.

What have you learned from your experience doing community-based art and culture work?

You can’t predetermine anything, you can only plan to a certain extent. Other things will fall into place, and others are improvisation. It’s like jazz music. It’s an open platform and we’re trying to include as many people as possible, just as long as Chicago and the community is very much participating. I’m there to add to an already existing energy, and I’ll be happy when the community itself takes ownership and sees value in the project.