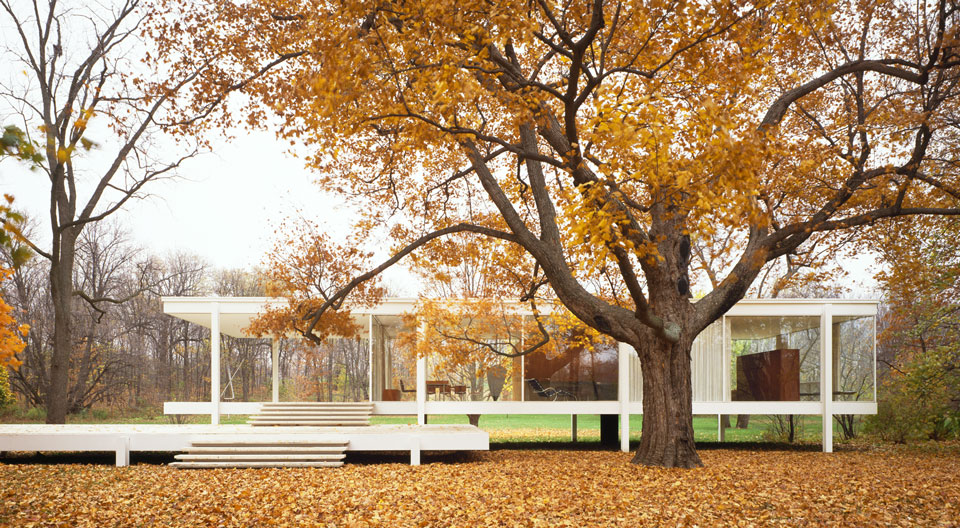 City life can be cluttered. No matter how much we Marie Kondo our lives, there is so much going on. Running away from everything and into the woods can be an irresistible idea. But where to? A dingy log cabin with outdated furniture and carpeted floors? Never! A design-savvy alternative would be Farnsworth House, a masterpiece country home built by Mies van der Rohe for Dr. Edith Farnsworth between 1949 and 1951. Located on the edge of the Fox River in Plano, Illinois—about an hour-and-a-half from Chicago—the house is a National Historic Landmark that attracts thousands of visitors per year, one-third of them from outside the U.S. Besides its gorgeous architectural views, Farnsworth House organizes exhibitions, talks and workshops, site-specific installations, and activities including landscape and birding walks, yoga and tai chi classes as well as their signature Moonlight Tours.

Alternatively, shopping at the well-equipped architecture-and-design-themed gift store is an option. For those who need more reasons to make the trip, there’s plenty to do nearby, including horseback riding and hang gliding. One thing is certain: the minimalist nature of Farnsworth House will help you push back and reclaim space for serenity. But first things first: executive director Scott Mehaffey answers three questions about the Farnsworth House history. 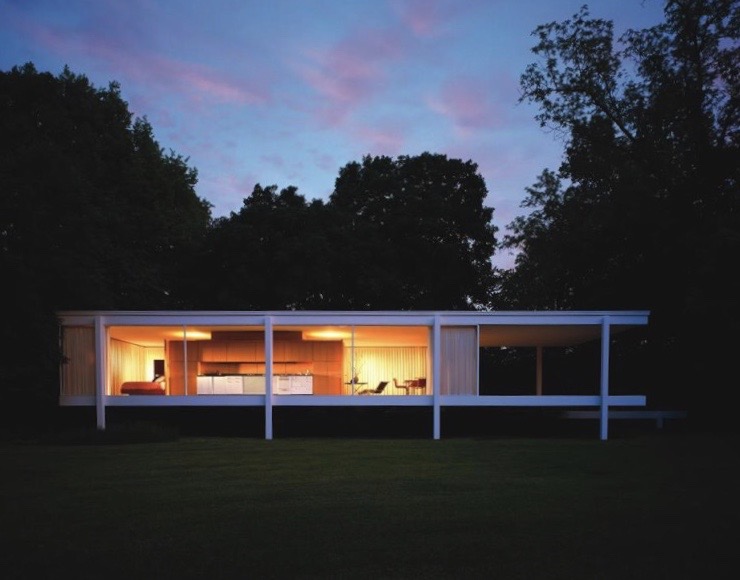 Tell us a bit about Dr. Edith Farnsworth.
Dr. Edith Farnsworth was a Chicago research physician who specialized in kidney diseases at Passavant, now Northwestern Hospital, during the 1940s and 1950s. Her enzyme research was leading for the time but she wasn’t given proper credit or encouragement during a very male-dominated time in history. She was also a classically trained violinist, poet and translator—she spoke French and fluent Italian. After many years of a busy practice, she decided to build a weekend house and through mutual friends, was introduced to architect Ludwig Mies van der Rohe, head of the School of Architecture at IIT, in 1945. She became fascinated with architecture and design and although she complained that her weekend house was impractical, she enjoyed it for twenty years before selling it and retiring to Italy. Her personal papers and journals are archived at the Newberry Library and her professional papers are archived at the Northwestern Medical Archives. Two new books and a major motion picture are expected over the next two years, so her archives have been essential for piecing together who she was as a person. She never married and had no children but her nephew has been generous with recollections and Farnsworth family history. 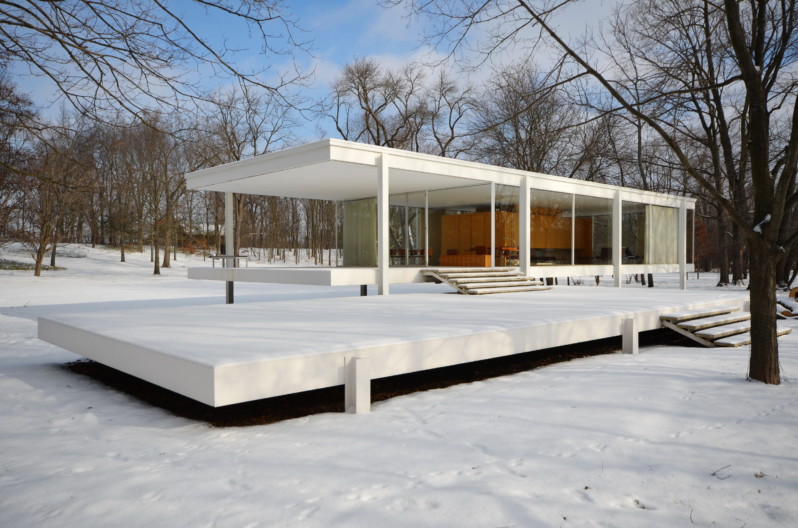 The Farnsworth House is so widely studied. Why is it considered a pinnacle of Mies van der Rohe’s style?
Since the revival of Modernism and interest in the International Style starting in the early 1980s, Farnsworth House has become increasingly studied as a turning point in the history of American architecture. Certainly, it was a departure from the pre-World War II buildings Mies had designed—but was also a design and build project that allowed Mies to develop many of the details, massing and materials palette that would come to characterize his distinctive strain of modern architecture. Today, the genre is often referred to as Miesian Modernism. Practically speaking, many young GIs enrolled at IIT after the war and idolized Mies—so the Farnsworth House was a touchstone for these young architects, many of whom would develop their own versions during their careers. Do a Google image search of “Farnsworth House lookalikes” and you’ll see them all over the world. The house was included in architecture and design histories very early on, so we have octogenarian visitors from Europe who tell us they studied this house “at university.” It’s a pilgrimage site for designers and design enthusiasts from around the world and we host hundreds of architecture students and professors each year—especially this year, during the Bauhaus centennial.

Why was Farnsworth House built on that site?
Edith was an iconoclast and always a bit outside of the mainstream. The Farnsworths lived on the Gold Coast and she had grown up in Hubbard Woods—but her journal entries focus on the trees and wildflowers found in the Winnetka ravines rather than local gossip or social happenings. During the war, she and a friend took a Sunday afternoon drive west, through the bucolic rural scenery along the Fox River and as she tells it in her journals, hopped the fence and plopped down in two old chairs under majestic old trees along the river. It turned out to be the former vegetable gardens for Colonel Robert McCormick’s “Tribune Farms” and had been a grazing pasture for many years—so the landscape she discovered was very Arcadian and pastoral. She was able to acquire the first parcel, where the house is located, from Colonel McCormick himself in 1944-45, but later purchased two additional parcels to the east—resulting in the fifty-eight acre site we have today. Mies wanted the house to be located among the existing trees near the river, and set the house five feet above grade to accommodate seasonal floods. Unfortunately, he couldn’t have foreseen the amount of upstream development in the Fox River watershed and the house has flooded approximately seven times over the last seventy years.