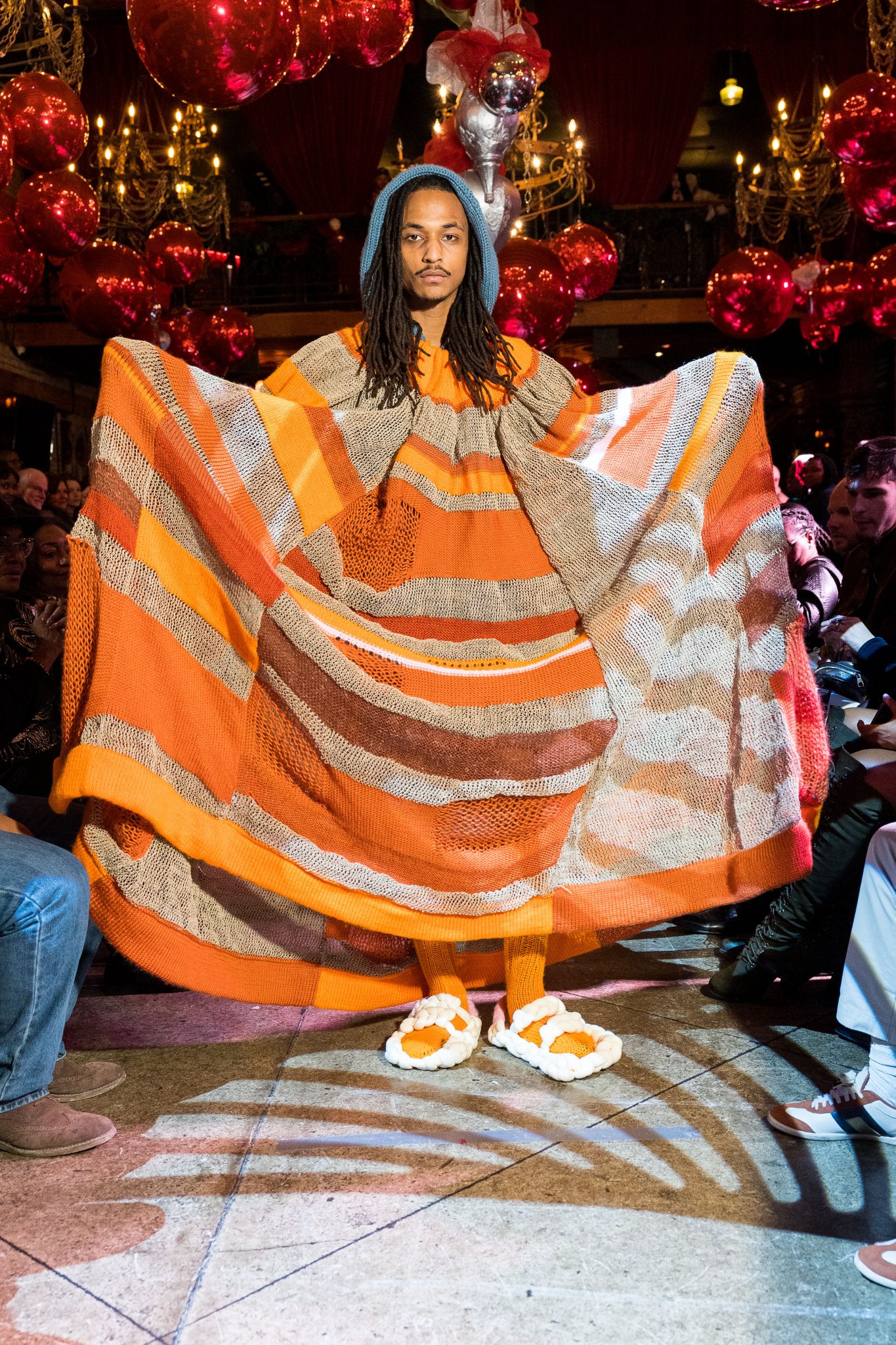 STRUT is a fashion show on a mission. More than celebrating fashion, the annual event aims to build awareness, spread educational messages and raise money for HIV/AIDS service organizations. STRUT has brought diverse local and national designers together, including promising talents, for more than a decade, but 2019 marked the first time in its history that it coincided with World AIDS Day.

Presented by Jimmie Swaggerty, the senior administrative director of the Fashion Design department at the School of the Art Institute of Chicago (SAIC), this year’s show featured designers from New York and Chicago alongside graduates from SAIC and Columbia College highlighting Lenny Vuitton and Adreain Guillory. Drawing attention to the myths surrounding the HIV/AIDS epidemic, especially in communities of color where education is lacking and the severity of the situation continues to rise to alarming heights, a portion of the proceeds went directly to Project Vida and South Side Help Center. As the event wrapped, STRUT producer John Fleming talked to Newcity design editor Vasia Rigou about the event’s conception, the importance of their mission and the future of Chicago fashion. 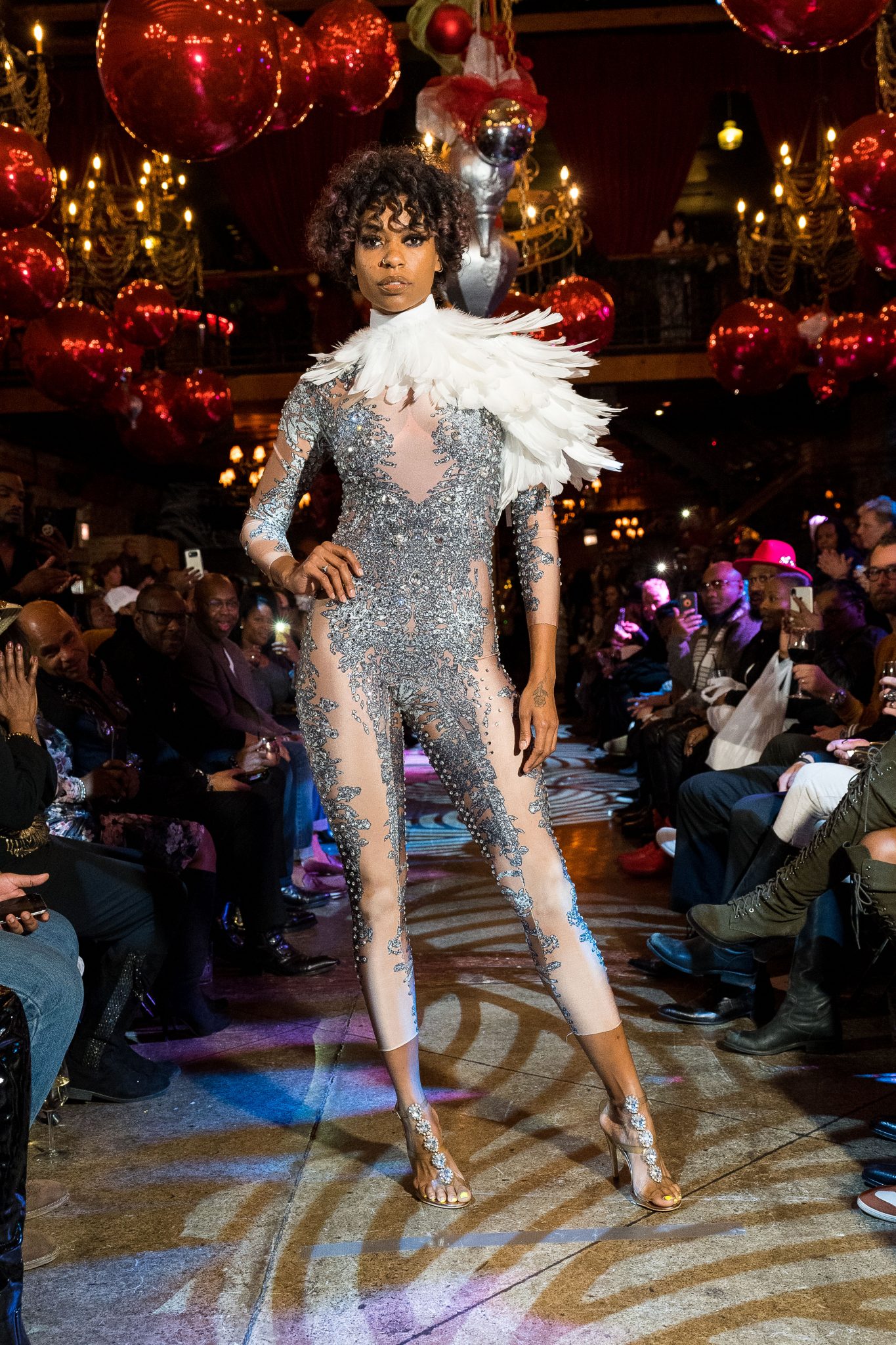 STRUT has been around for more than a decade. What was the inspiration?

Twelve years ago, the Chicago Department of Public Health (CDPH) was very involved in supporting events that had creative ways of getting HIV/AIDS education and awareness to communities of color. Back then, to commemorate World AIDS Day, CDPH planned or supported six events that led up to the main event which was, and still is, The World of Chocolate. The celebration and commemoration lasted a full week, and it was an honor to be listed as one of the events scheduled during World AIDS Week. The fashion show was one of those events. The very first one was held in Macy’s on State Street in one of the meeting rooms. I was not in charge of the event, but I was in attendance. The administrators at CDPH didn’t like the way the event turned out, so I was called to come in and fix it. The next year, the first thing I did was take it out of Macy’s and change the name to STRUT. It was moved to Excalibur Nightclub [in River North], where it thrived for five years. Since the move, attendance has doubled, sponsorship has tripled and the support of The Art Institute of Chicago has been immeasurable. Prudential Insurance Company has been one of our sponsors, and every year they attend, they end the night with appointments with men and women who are HIV positive and uninsured. Our mission has been realized. 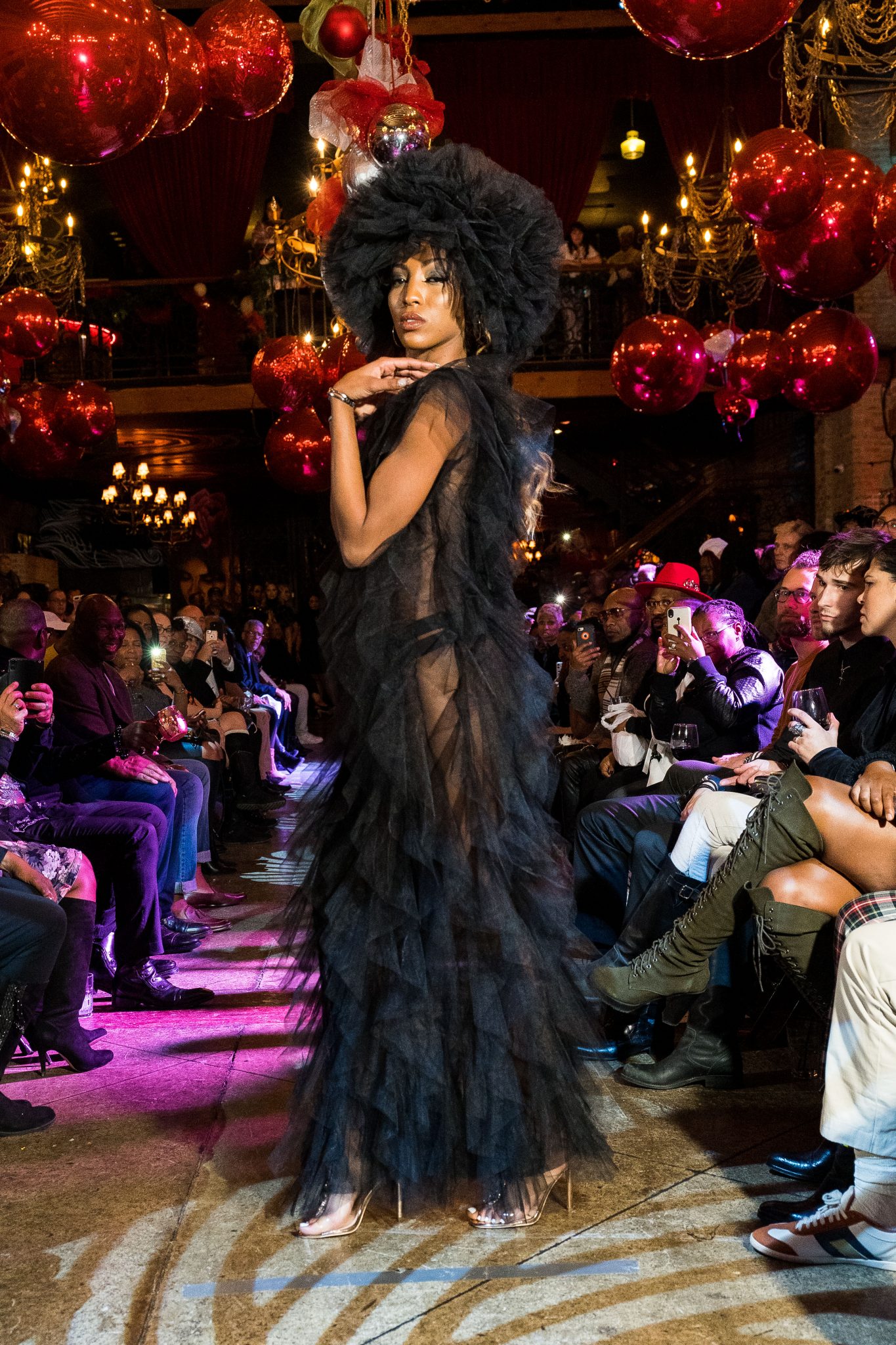 More than celebrating fashion, STRUT aims to build awareness, spread educational messages and raise money for HIV/AIDS service organizations. As this year’s event coincided with World AIDS Day, can you talk about this mission?

Because the messages regarding HIV/AIDS are not as prevalent as they once were, many believe the virus is no longer a problem. They believe that the USA has a handle on the problem. That couldn’t be [farther] from the truth, especially in communities of color where the rates of infection are alarming. Most of those testing positive are in their twenties and early thirties, but attention has also turned to high schools in the inner city and many college campuses where unprotected sex is the norm, because it’s not their problem. The lack of education and the lack of chances to educate still have people believing that HIV/AIDS is a gay man’s issue. The silence in many black churches, the silence in many black and Latin households, and the absence of any kind of sex education in schools contribute to the stigma surrounding the virus. People went to seminars in droves in the early 1980s, but it’s a very different world now. We needed creative ways to reach those who may be at risk. Concerts, comedy shows and fashion shows attract so many people from every part of the city—what wonderful ways to share important information and bring services directly to those who may not know how to seek them out. 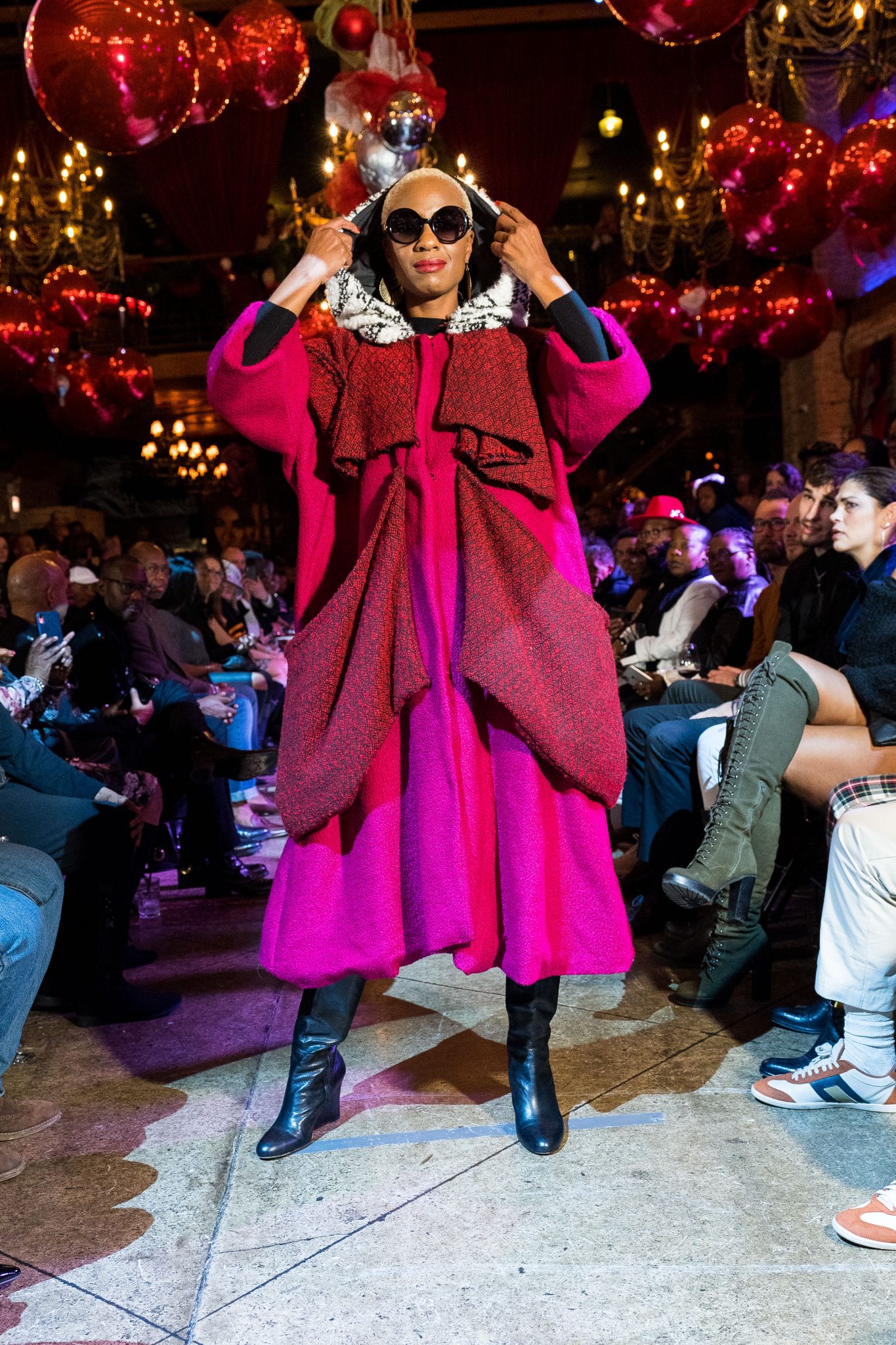 In what ways, do you think, an initiative like this is changing the ways in which people think about fashion and the world?

STRUT brings together designers from across the country and showcases them along with graduates from The School of the Art Institute of Chicago and Columbia College. The attendees are exposed to designers from other countries. We have been blessed with designers from Japan, Mexico, China, Colombia, New York, Los Angeles and Miami. This is the Midwest, so people have the tendency to have a very safe view of fashion, but STRUT opens their eyes, expands their views and exposes them to a greater range of possibilities.

This year’s event brought together fifteen designers and boutiques from across Chicago. What do the works presented at the show reveal about the city’s unique identity, trends and market?

I believe the most telling thing is that the younger generation has a more daring, interesting and fashion-forward approach to design. In past years, the young ones have stolen the show, but because the more established designers now see the show as sort of a competition as it were, they’ve all decided to thrill the audience. I think I just needed to give them a little kick in the pants. The unfortunate thing is that the young ones never stay in Chicago. Soon after graduation, or STRUT, they head to New York City. We just can’t shake that Midwest tag. 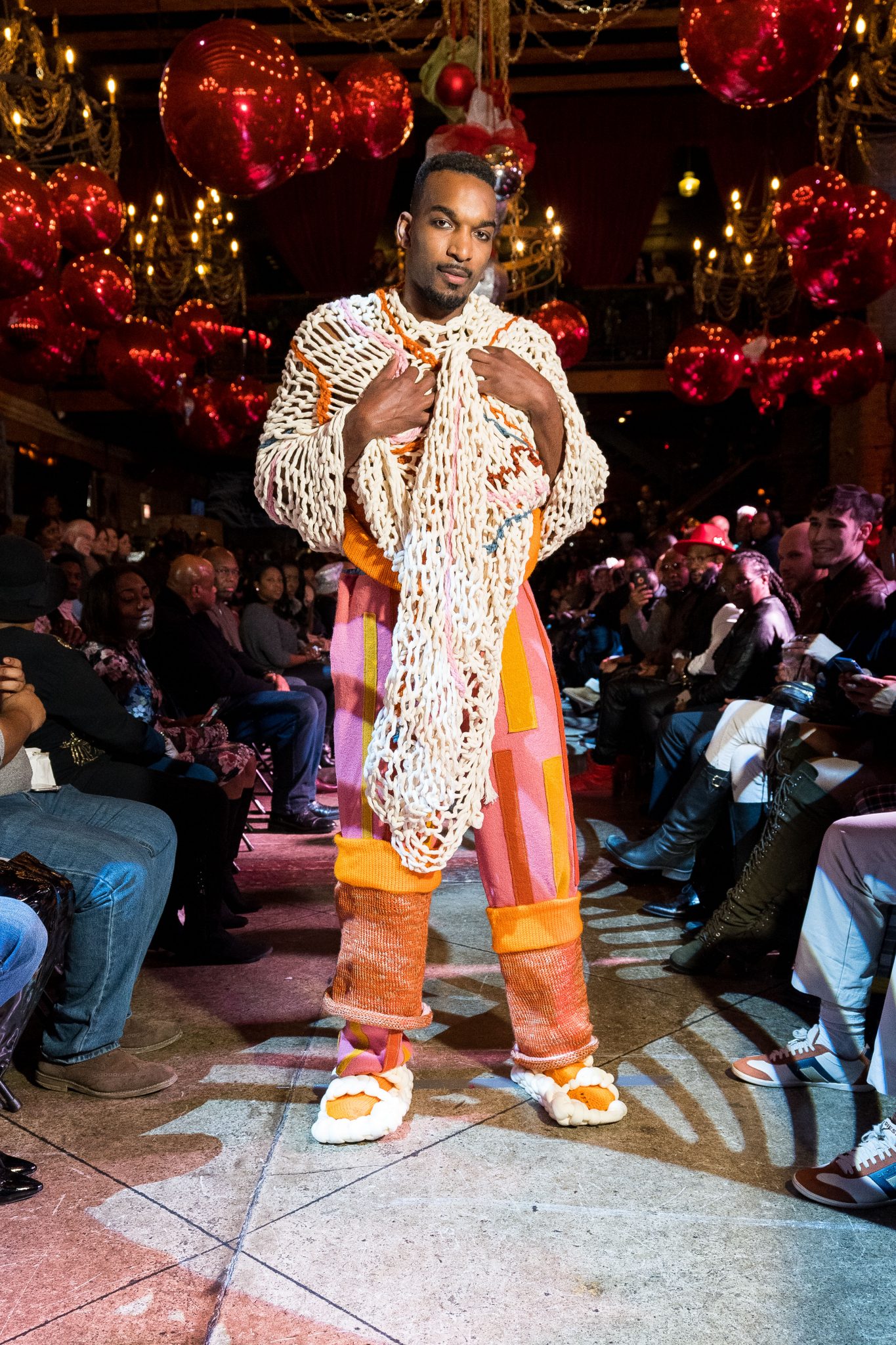 Looking back at this year’s fashion show, what was your favorite moment?

My favorite moment was actually one that wasn’t on the runway. After the show was over, a young mother approached me with her son to let me know that she heard about the show from a friend, and was so very glad she came. You see, her son is interested in becoming a designer, but didn’t know what steps to take. He was still in high school. They were able to talk to a couple of grads from the School of the Art Institute of Chicago along with some already established designers, and he got loads of info on financial support, how to get in one of the fashion schools and phone numbers to those who would be more than willing to answer his questions. His mom had tears in her eyes. This is why STRUT is so unique. I’m so blessed to have this gig.

What is your vision for the future of STRUT?

The next step for STRUT is to feature special guest models. I am working on a guest for STRUT 2020. I would love to tell you who it is, but I’m superstitious. You’ll just have to wait and see—but while you’re doing that, please wish me luck!