Published by micro-press Half Letter, operated by members of the artist collective Temporary Services, this slim volume by longtime critic Susan Snodgrass is essential reading for those interested in socially conscious design histories. Ken Isaacs (1927–2016) was briefly head of the design department at the Cranbrook Academy of Arts, taught at UIC, IIT and elsewhere, and was famous for his “matrix”-based modular designs. Simultaneously a fête of a beloved thinker, colleague and educator, Snodgrass worked with him to restage his Knowledge Box (1962) for the 2009 “Learning Modern” exhibit at SAIC, where it was presented in the Sullivan Galleries.

A precursor to the popular tiny houses that have become the rage among architectural thinkers in pursuit of affordable solutions for low-income and homeless housing, Isaacs’ basic idea was to extrapolate from “a three-dimensional modular frame,” or matrix design that “would become foundational” to all of his designs. 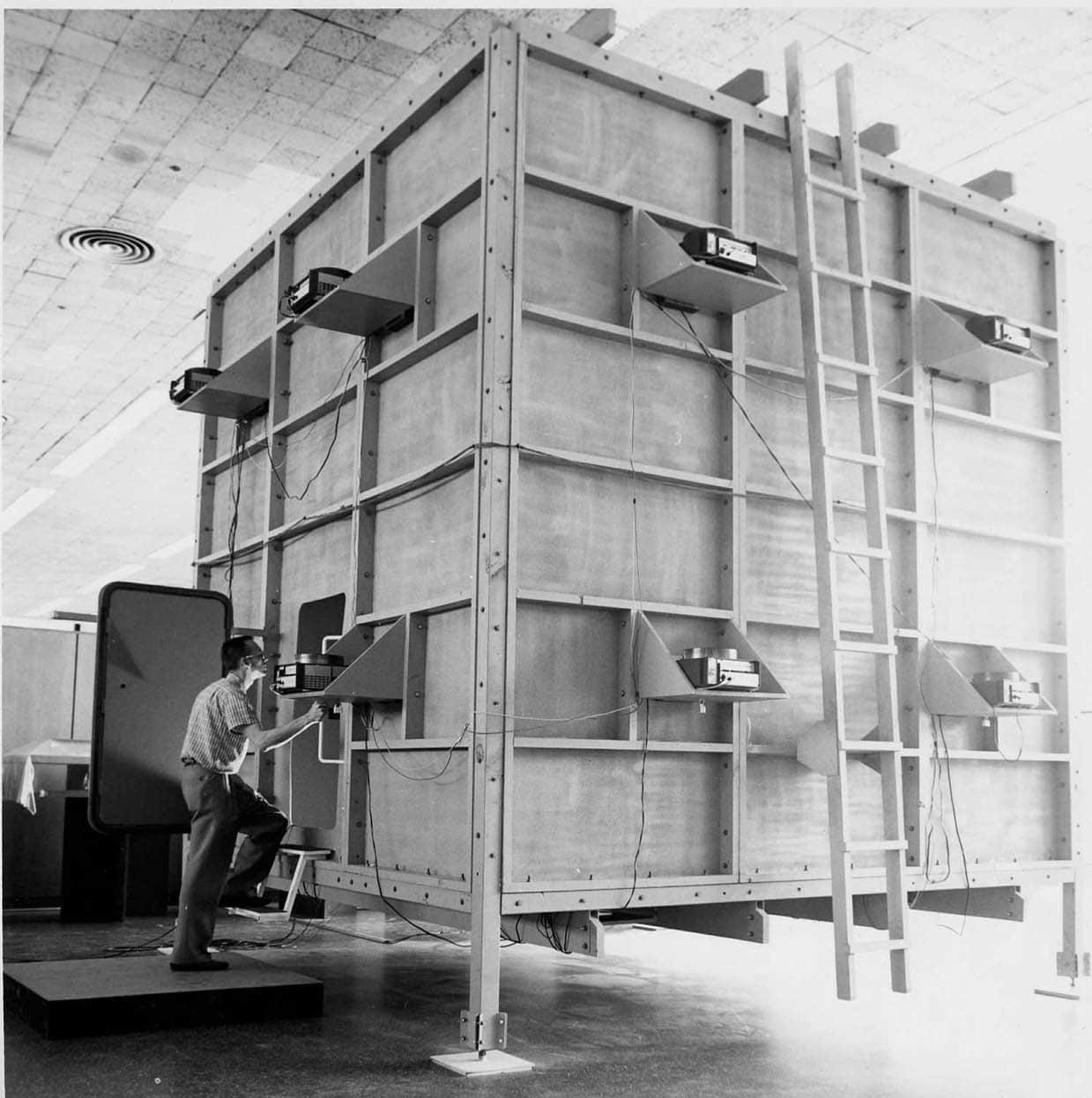 In an era where scientific models apply the laws of natural physics to create spatial models used in everything from game engines, advanced medical imaging, robotics and space-travel scenario calculations, Isaacs’ simple slicing of space into blocks may seem quaint. In the cutting edge of his time, however, it’s not difficult to see the influence of a Mondrian or Buckminster Fuller, of an attempt to unearth some background against which design might intercede with and offer panaceas to the realities of modern life.

As editor at Popular Science until 1972, Isaacs found a ready platform for the transmission of his ideas into the public, where they were celebrated and reproduced in the pages of other major mainstream publications such as Life, Look, The New York Times, eventually landing him an appearance on the Tonight Show.

Isaacs’ ideas have an array of precursors in notions of the total work of art going back through Wagner’s “Gesamtkunstwerk,” for instance, and throughout much European Modernism, which sought to reunite the artistic disciplines and repair its social function. Devised by Isaacs, the matrix system was presented as “also part of a lexicon of terms, including ‘culture breaker,’ ‘Living Structure,’ and elsewhere ‘alpha chamber'” that interrelated and somewhat interchangeable, yet all committed to the idea of creating a “total environment” or “total design.”

This came to include his designs for the “Home in a Cube” that appeared in the October 11, 1954 issue of Life magazine, a “Chicago Living Structure,” which integrated household utilities such as table surfaces, a sleeping loft, book and tool storage into a single wooden frame, all seventy-two of them “bolted in a non-collapsing joint at the corners.” This was the basis for a series of “Living Structures” Isaacs used to reformulate just about every diverse form of environment where people live and work, culminating in projects including his Alpha Chambers and Knowledge Box, a further innovation resulting from a later fascination with the films of Jean-Luc Godard, and adapted to function as visual learning environments.

“Inside the Matrix: The Radical Designs of Ken Isaacs”

Integral to an unfolding of architectural innovation from his first efforts in the early 1950s, Isaacs has also been placed in the context of antecedents to Postmodernist architecture and Supermannerism and in relation to collectives such as Ant Farm, contemporaries who were also pioneering social art experiments. Encapsulating a broad practice across decades of innovation, it’s no doubt the artist and designer would look on the work done by Snodgrass and Half Letter as a worthwhile and meaningful addition to his life, work and the art and design history it served to transform.

“Inside the Matrix: The Radical Designs of Ken Isaacs,” Susan Snodgrass, Half Letter Press, paperback, $15.