Amid the outbreak, KOVAL, Chicago’s homegrown craft distillery known for unique organic spirits, moves to the forefront to battle the spread of the virus the best way they know how—and it does not involve a stiff drink. Instead, the company is producing gallons and gallons of alcohol-based hand sanitizer, a commodity the pandemic has rendered precious. First order of business? To supply the medical community, retirement homes, and those on the front lines who are responding to the unprecedented threats. At a time reminiscent of the World War II era, when distilleries and industries were called to rise to the occasion, the KOVAL team immediately knew that solidarity was the way to go. “We completely shifted our business, changing the way we do everything,” says the distillery’s co-founder and president, Dr. Sonat Birnecker Hart.

How did you decide to make this pivot—from organic spirits to making sanitizer in the name of public service?
We had the equipment and the ability to make the shift. That doesn’t mean that it was easy, but we saw what was coming, not least because of our colleagues in Europe. We did not want to look back after all of this and think that we should have done something but we did not, or that we did not do enough, or we could have done something sooner but we did it too late. So we acted as quickly as we could with all of our force to shift our company. This doesn’t just mean shifting what we were making: it also means we had to build a system to receive requests, categorize them, raise funds so we could donate as much as possible, complete all of the relevant compliance for this new business and teach all of our team members how to do something totally new in the space of about four days. Our team has been superhuman, from production to administration. Everyone has been working around the clock to make this happen, because what we are doing can help save lives, and there is nothing more important.

What was the biggest challenge in this effort?
There were many challenges. We first needed to wait for the federal government to change its regulations to allow distilleries with a license to produce for consumption to produce hand sanitizer. Even in advance of it becoming legal, we had to think about what we needed to source and how we would go about things as soon as we were given the go-ahead, because we anticipated being allowed to move forward after speaking with the TTB [the Alcohol and Tobacco Tax and Trade Bureau] and our trade organization DISCUS [Distilled Spirits Council of the United States]. As soon as we were allowed by the government, we shifted our business, changing the way we do everything. At first. we thought we would donate a few batches to first responders, but when the word got out, we received hundreds of requests from so many on the frontlines. We enlisted help from the community through a GoFundMe campaign that has received contributions from not only fellow Chicagoans, but also fans of our brand and those who support what we are doing from all over the world. So all of a sudden we were engaging in major fundraising as well. We also had to create an entire CRM [Customer Relationship Management] system to deal with requests, rework our website, and reorganize our production, as it wouldn’t be something we could bottle on our own bottling line. It has been a complete shift in every way. 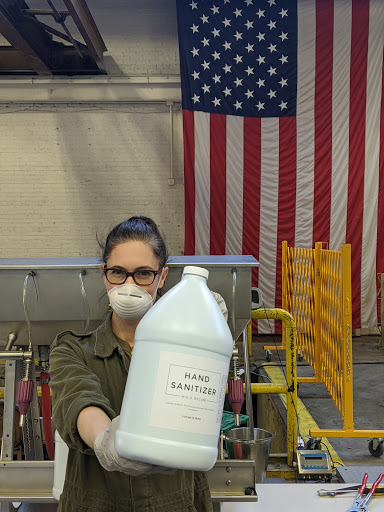 By producing and distributing sanitizer you have brought together a network of area brewers and other companies. Can you talk about the power of community in Chicago?
We are seeing the power of community through so many acts of loving kindness. A number of our friends in the brewing community jumped at the opportunity to help by offering their beer for us to distill and make into hand sanitizer. Metropolitan Brewing Company, Urban Renewal, Temperance Beer, Great Central Brewing, Oak Park Brewing, Kinslahger, Midwest Coast, Goose Island, and [others] are making it possible for us to produce more donated sanitizer. We have also experienced the help of so many other organizations, including chemical companies reaching out to get us denaturing materials, as well as a local video editing studio Utopic who made a commercial to help us raise more to support those on the front lines. Companies and foundations, such as Edelson PC and Chicago Beyond, have also sponsored hand sanitizer for community organizations in need. We have also had a near fleet of volunteers helping us with logistics, including Medspeed, Choose Chicago, ERC Midwest, and Kone Elevator Company. We are humbled by the outpouring of lets-get-it-done support from the community. Together we are making it happen. 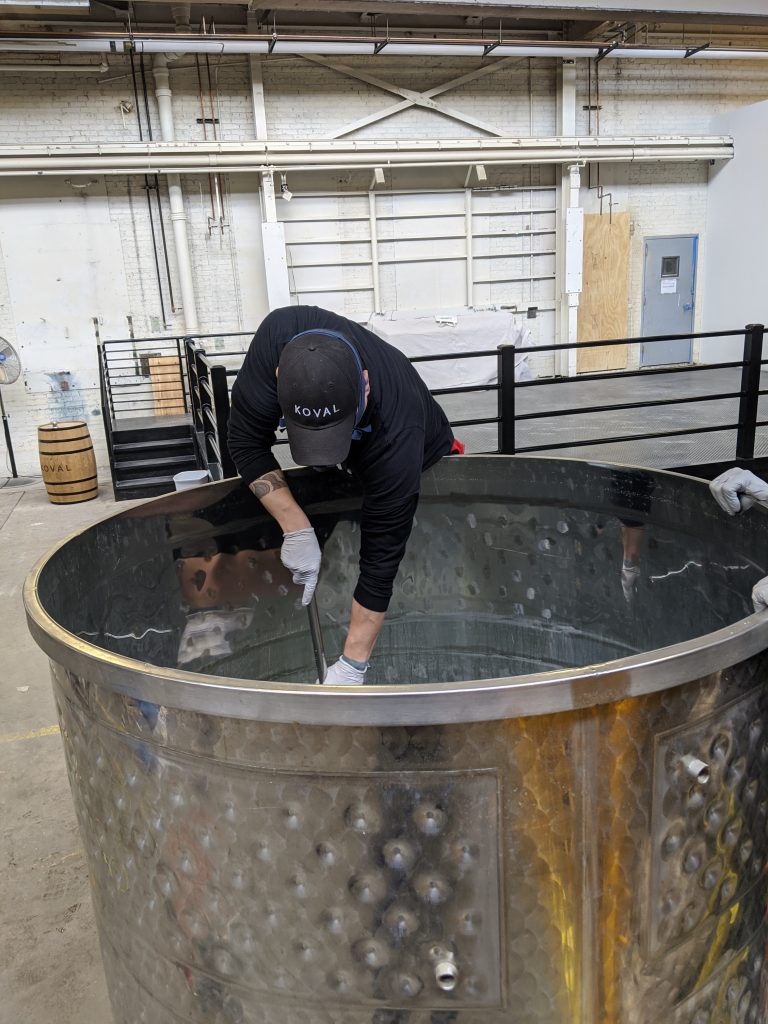 You have turned this uncertain time into an empowering and rewarding one. What moments make it all worth it?
Being able to make something that serves as a weapon against this scourge is unbelievably rewarding. Bringing a sense of relief and protection to people during these difficult times is truly humbling.

What are you most excited about going forward?
A time when people can congregate again. There are so many amazing people we have met during this sanitizer experience that we would love to thank in person and hug! 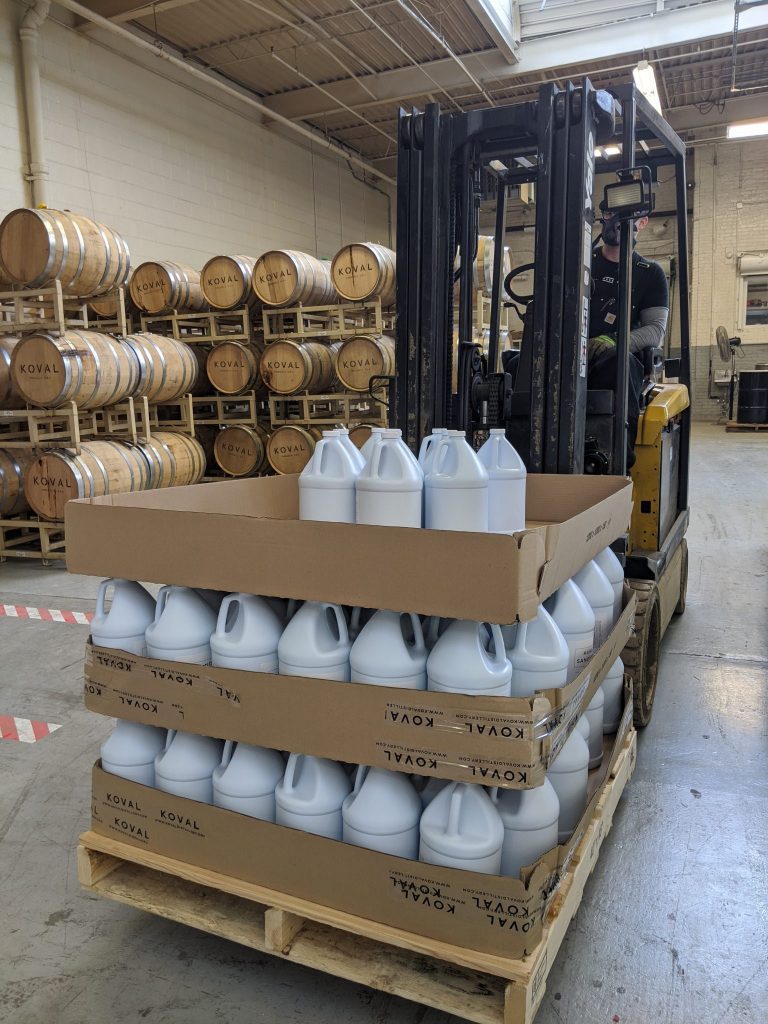 What’s your advice to people trying to stay sane during the Coronavirus crisis?
I feel that the more we spread kindness, the better off we will be, no matter how isolated. And as an aside, liquor stores have been deemed essential businesses—a fine cocktail is a solution.