Fashion has a knack for expressing a statement while uniting groups. The women’s suffrage movement was filled with protesters marching in white walking dresses and jackets—opting for a color as opposed to an accessory as encouragement for anyone to join the cause. More recently, the pro-democracy demonstrators in Hong Kong sported all-plain-black clothing, avoiding apparent logos or markings that could be identified. Safety goggles and filtration masks are used to shield from smoke and tear gases. Pink knit hats versus red MAGA hats: like sporting events, it’s usually obvious which team a person is rooting for based on what they wear. 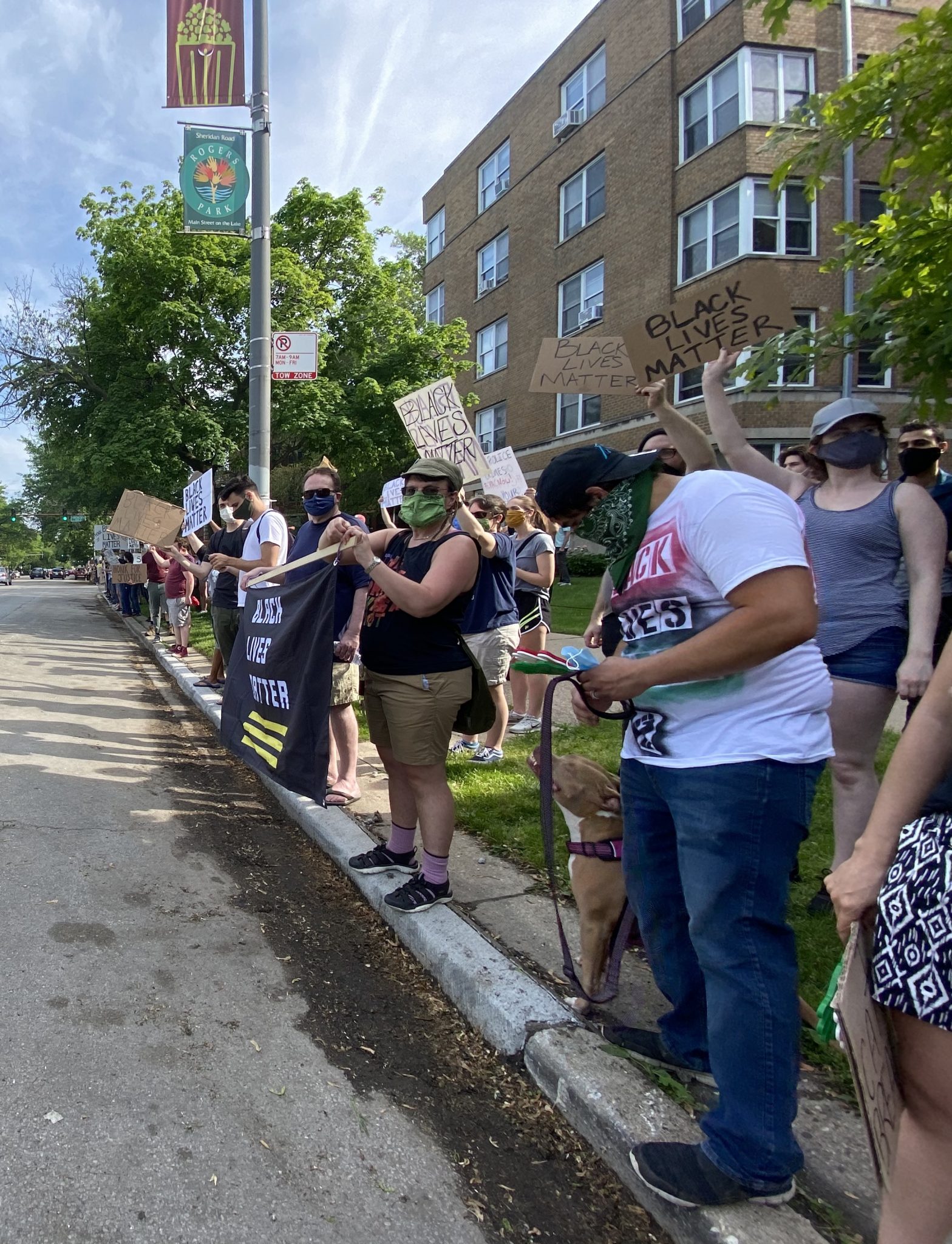 The events of the past few weeks have had Americans on the streets to protest police brutality and asking for a general end to violence. The Black Lives Matter movement stems from an organization of the same name founded on principles of peace and empathy. While plain black clothing is worn by most protesters, the world of fashion and practice of accessorizing finds its way to the demonstrations. Shirts screen-printed with a “BLM” across the chest, sneakers with slogans, jewelry pendants of clenched fists—ranging from handmade to mass-produced items. Each outfit, whether a monochrome statement or a physical statement to be read, tells a story. One may say “Enough is enough” while another says, “I stand with you.”

Chicago has taken to two primary kinds of peaceful protests, traditional marching through streets with signs and chants for change, but also posting in large groups on busy street intersections to encourage drivers to honk and other passersby to have their voices heard. Picking up more and more people as the hours wear on means protesters join who didn’t intentionally plan on standing with the group. As such, the crowd gathers even more fabrics into the mix. 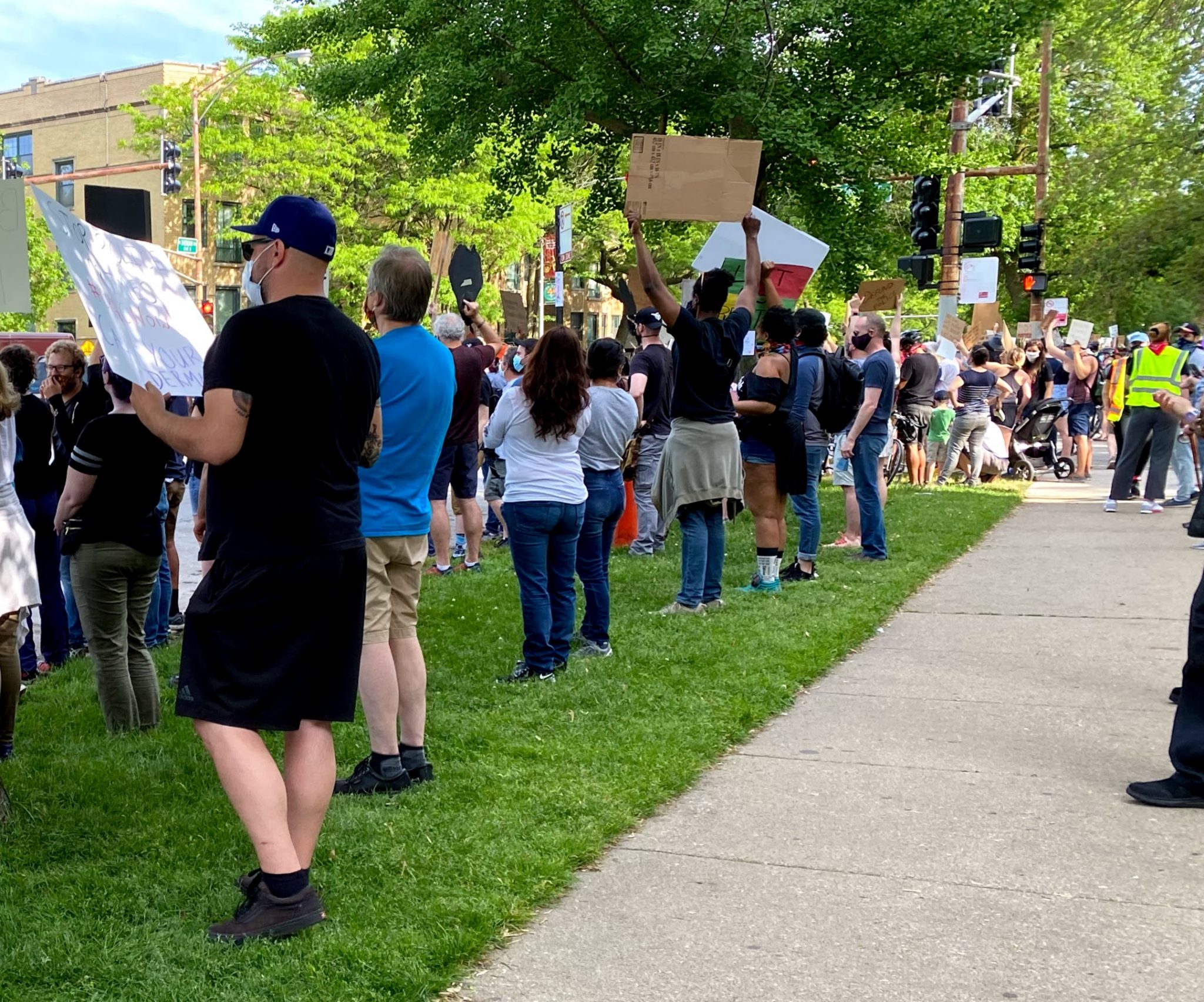 One concern uniting the crowd, past their movement for peace, is the movement for medical health and safety. As long as the coronavirus remains prevalent, masks and social distancing are required. In Chicago, the phased plan for reopening businesses and public spaces is in its first stages. Most, if not all, protesters and demonstrators come equipped with masks to cover their noses and mouths. Organizers have gone so far as to include face masks in their lists of suggested gear to bring to protests and providing extras to the group during the event.

Face masks are protecting the protesters from the virus (while obscuring the identity of those caught in situations that might turn violent). Even these reminders of the pandemic are subject to alterations and accessories. People have taken the opportunity to decorate their face coverings with phrases from the cause, reminders to vote in this year’s presidential election, and images in alignment with their beliefs, among other custom displays of individuality. There has been no one-size-fits-all uniform in this movement for peace.