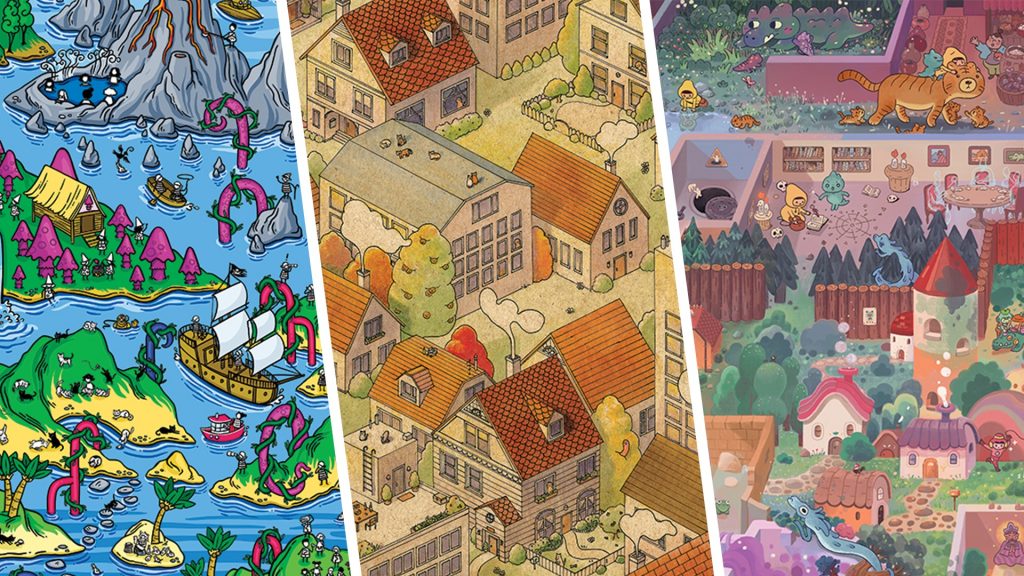 It’s a puzzle, a magical illusion and an immersive narrative featuring otherworldly creatures in the form of original artwork, all rolled into one. It’s the most-backed puzzle project ever on Kickstarter, with over $3 million raised from more than 60,000 backers. It’s an escape from reality during a physically, mentally and emotionally draining time—and it has a strong Chicago connection.

Created in consultation with magicians Jordan Gold and Simon Coronel and illustrated by independent artists Sarah Becan, Boya Sun and Felicia Chiao, the set of three one-of-a-kind, thousand-piece puzzles move away from the traditional jigsaw puzzle experience, keeping you on your toes from the moment you open the box to the moment you place the last piece. And even then, the game’s not over: there’s a magical surprise at the end.

“It’s always exciting to pick up a new puzzle with an image you like and then open the box and start putting together the corners and edges,” say the founders. “But after a while, you get to the part of the puzzle where you need to assemble 400 pieces of blurry sky. And then when the puzzle’s about seventy-five percent done, that feeling of ‘what am I doing with my time’ creeps in. Eventually the last piece finally goes in and the puzzle is over. We’ve always found that part a little anticlimactic.” Well, not anymore.

The company was launched with Cards Against Humanity co-founders Max Temkin and Ben Hantoot, who talked to Newcity about the Magic Puzzle Company. After the interview was conducted, Temkin stepped down from both companies amidst allegations of a racist and sexist workplace. Newcity excised Temkin’s responses from the interview, since he no longer represents the project. What follows is an interview with Hantoot. 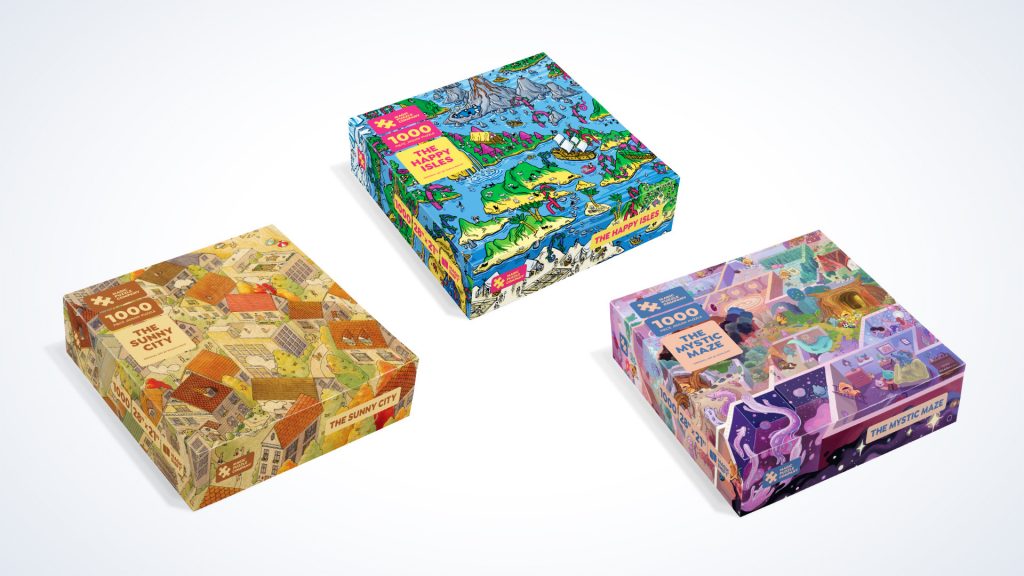 Between elaborate storylines, original art and magical illusions, you’re not simply making puzzles—you’re reinventing them! How did you come up with the idea?

One of our guiding principles is to delight people with little details as often as possible. The game box isn’t just a box of cards—there are tiny details and jokes loaded throughout everything, from the trademark disclaimer to the rules booklet to the QA slip our factory puts in. We wanted to apply that same attention to detail to the jigsaw puzzle experience and create something that isn’t just “open box, do puzzle” but instead involves multiple steps and secret envelopes and many more moments of delight than you usually get when assembling a big puzzle. It’s all designed to be as engaging and delightful as possible from the moment you see the box—with its full-bleed art and minimal branding—to the moment you put in the last piece in the secret final act and unravel each puzzle’s true narrative. 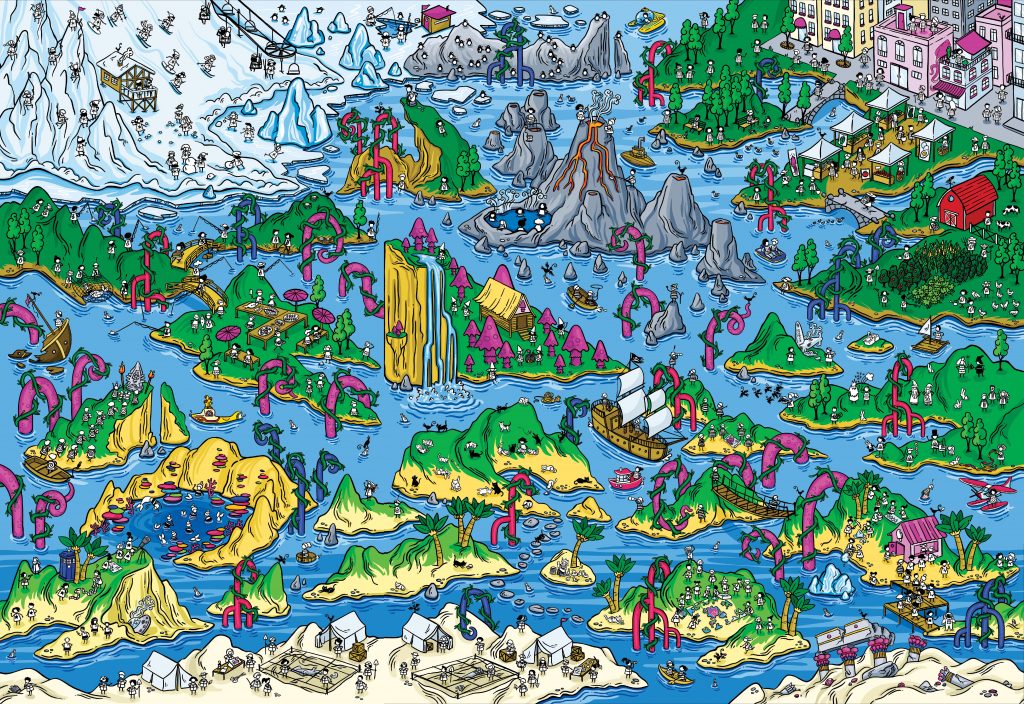 This is not your ordinary jigsaw puzzle experience. What sets Magic Puzzles apart?

In addition to the magical twist ending and the beautiful art, we obsessed over details most puzzle companies don’t think too hard about—like making sure each individual piece has something interesting on it instead of just a blob of color. We even created a unique die line for each puzzle, so interesting details don’t get cut in half. That took a ridiculous amount of time. The factory is hand-sifting each individual puzzle to eliminate puzzle dust. And when you’re done, you can pack the whole experience back up into resealable, recycled paper bags and give the puzzle to a friend—the magic trick works an unlimited number of times. 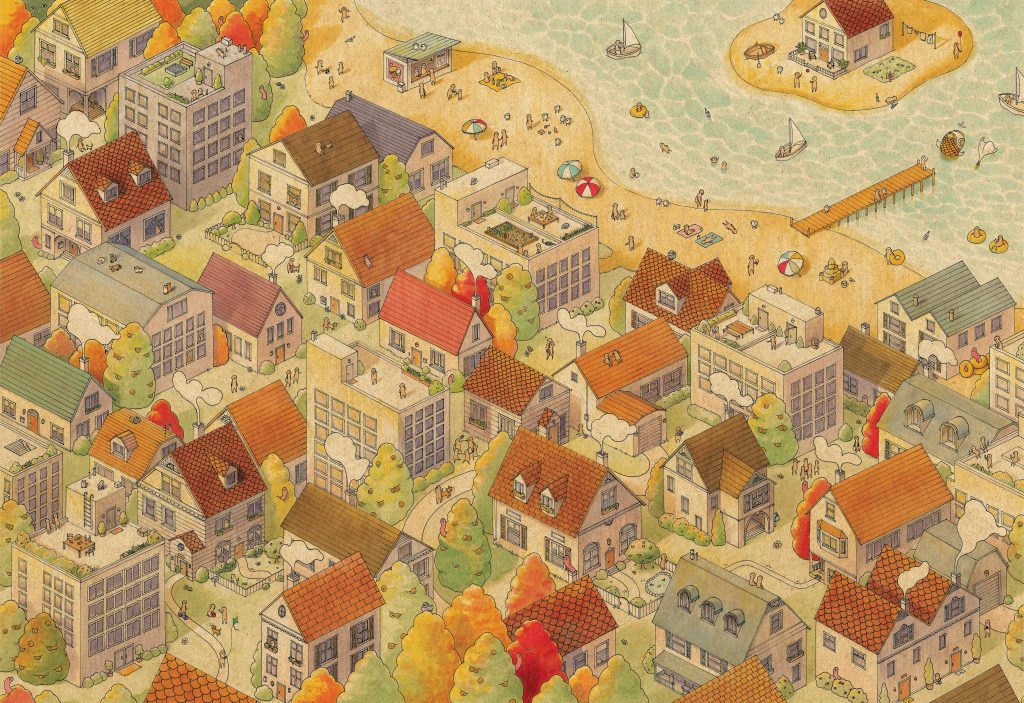 What was the biggest challenge you had to overcome bringing this project to life during the pandemic?

Getting all the materials we need to deliver the puzzles in time has been the biggest challenge so far. We used up all the Eska Blue stock in the world and had to order more to be made. 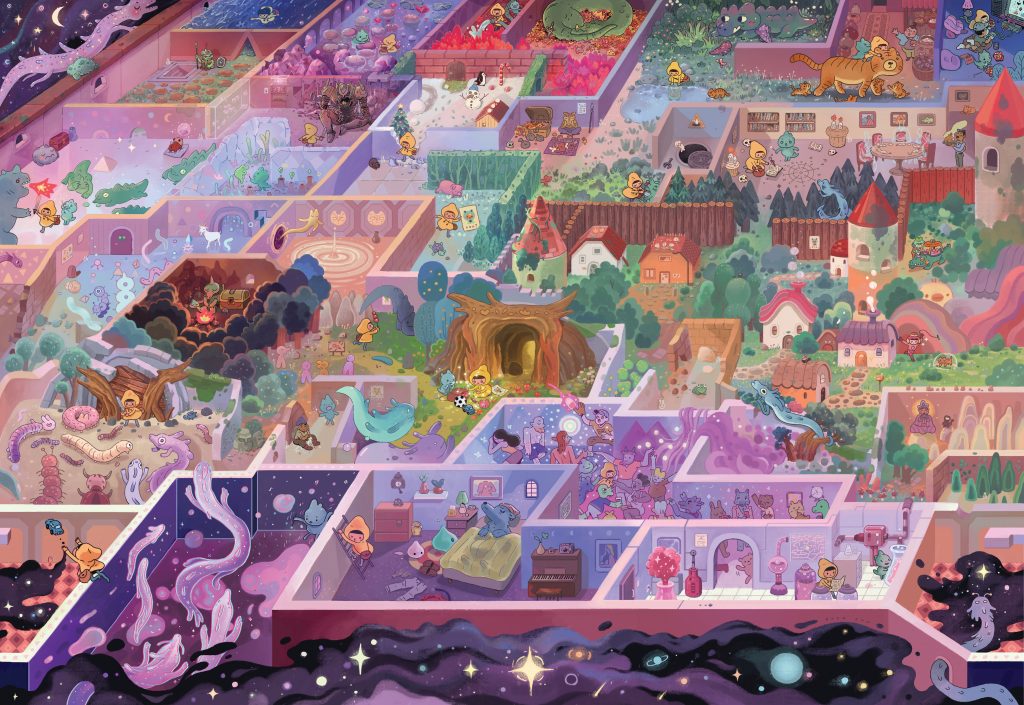 The response on Kickstarter has been overwhelming. What are you most excited about moving forward?

Watching this project totally transform things for Jordan and Simon has been a delight to experience. They’re amazing guys (and talented magicians) who deserve all of this. And this Kickstarter is just for our Series One puzzles—we’ve got way more ideas developed for even more ambitious concepts, and we’re hoping to release a new series every year. Now that we know there are people out there who are interested in a jigsaw puzzle experience that’s got a little more to it, I’m very excited to develop some of our more… complicated ideas. We’ve got some weird, ballsy stuff in the works.

If you’re still in contact with them, could you ask them why they haven’t updated their Kickstarter since June? We’ve all been requesting it, but they appear to just be ignoring us. Thanks!

Interestingly, I never formally requested a refund and when I posted my first comment asking a few fairly straightforward questions I then got an email within 10 minutes saying I had a refund. Why? Refunding me prevents me from then posting anything else.

It’s unfortunate as they’re gorgeous puzzles and I love the idea of magic and the thought behind the design. At this point, to me, my one main concern is that the artists get properly reimbursed.

It would be more helpful if you reported on the state of the kickstarter since Max left. There have been no updates and many posters in the comments section are asking to have their pledges canceled. Are they getting any refund?

They are obviously reading the comments since they remove those people that ask for it. This fluff article is poorly timed, when the project is in such a state of flux.

I backed the Kickstarter and just received my three puzzled a week ago. We’ve completed the first puzzle, it does not disappoint! We love the magic twist at the end of puzzle! I look forward to doing the other two puzzles and will definitely be purchasing other products from this company.