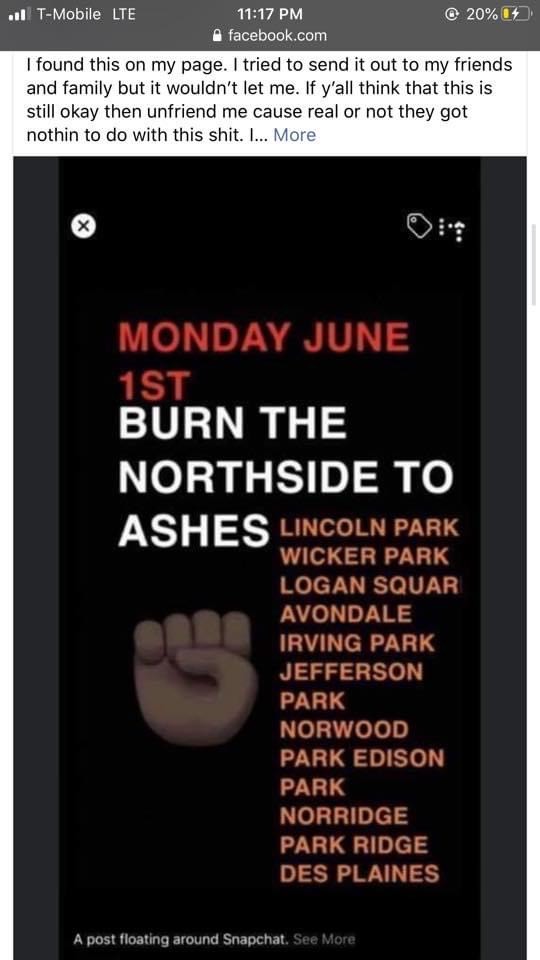 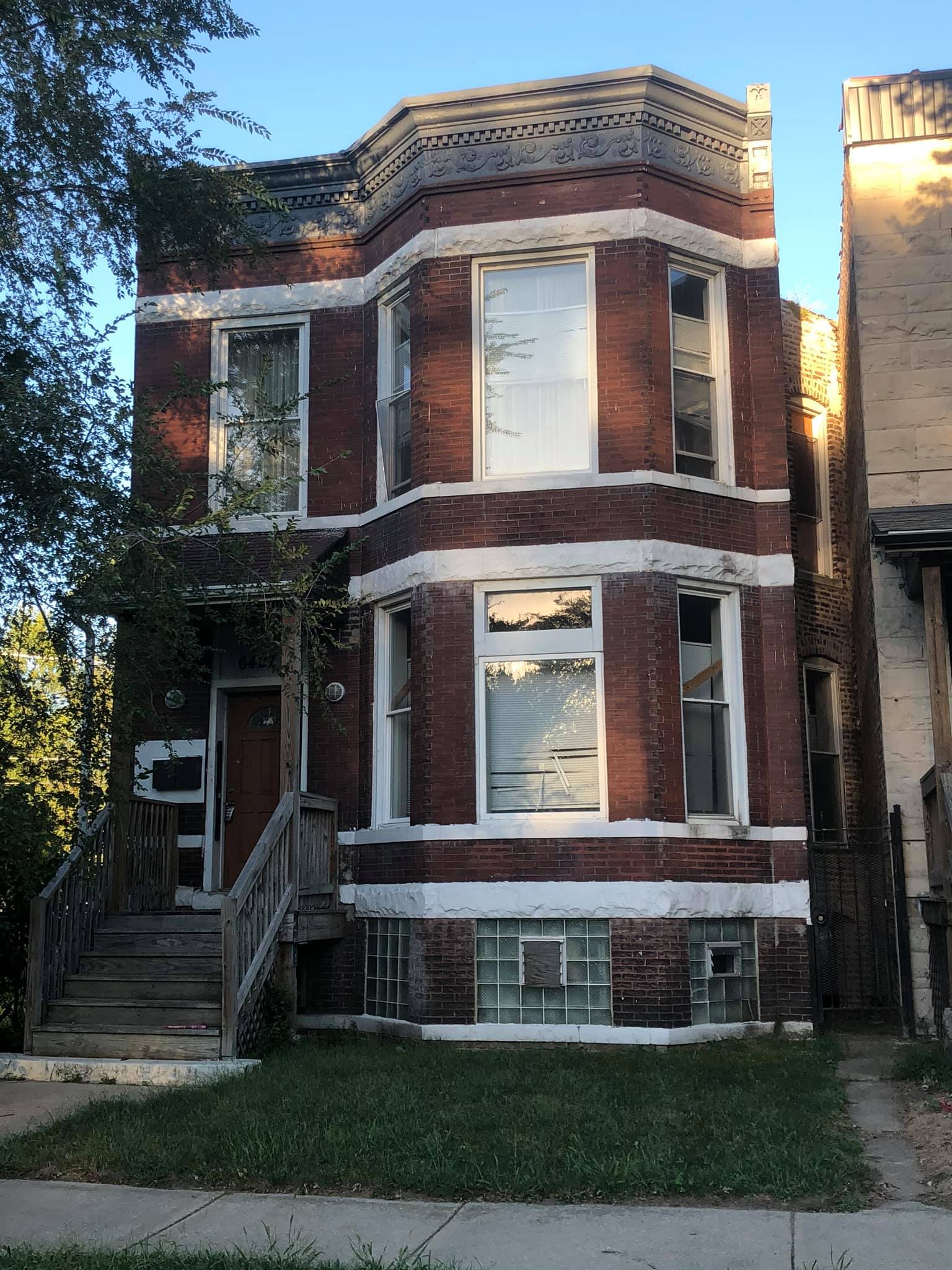 Mamie and Emmitt Till home on the day the Commission on Chicago Landmarks voted unanimously to grant the property preliminary landmark status. /Photo: Michael Workman

So how to move past these très chic notions and try to correct disinvestment?

What the opposition has done is use big government as a way to retreat from their responsibility to the people. So if you look at Chicago, Chicago is seventy percent Black and Latino or Mexican. So if a big portion of your taxpayers are Blacks and Mexicans, and then if you look at the data in terms of education, housing, poverty, wealth, health, they lag in all of those things, does the government response to those things meet the needs of those people? We could clearly articulate using data: “Hell, no.” Right? That somebody is extracting, and when we say extraction we mean somebody has built businesses on creating a service through the government—and that’s another big part of the conversation that we need to have people talk about, we think of private entities as if they have some magic formula when what they had was first mover’s advantage in 1950. So they were able to build wealth and most of that wealth came from government contracts that then morphed into them having more of a private sector, that bleeding of the public and private, but then that to not pay a fair share of what was expected. Just think about it: people three to four years ago had to fight for $15. There was still an argument that that would hurt business if you had to pay people $15, which isn’t even enough to maintain a roof over your head, so how does this system—

So, post-COVID-19, we have to grab the mantle of, not just the mechanisms of the private-market conversation, because they are always the ones with the guardrail about what you can and can’t do. But it’s also based on them not wanting to relinquish any control, and the resources they filled up. There is a reason why the wealth gap is broadening. It becomes really clear in these kinds of neighborhoods, like a South Shore.

Well, private privatization as a movement has meant that we would do these public / private partnerships, and if the government is saying it no longer has the money to do “X,” and think about what the government is really spending its money on, it’s spending its money on pensions. Largely it’s on pensions. But as a citizen, if I as a Black man and a citizen say, “Where is this money going?” You’ve got teachers, but you’ve got other public servants, and what’s the other big thing that comes to mind? Firemen, of course. And then—who else? The police. Right? So I’m underwriting the tyranny that’s all over this country, and that’s the anger, that’s what’s driving what we don’t talk about. So, when we talk then about reparations in the fervor of “Blue Lives Matter,” like what happened Monday, there’s no other way, we all witnessed another Black man dying in front of us, and that’s not something that’s new in this country, unfortunately.

And then Breonna Taylor, Ahmaud Arbery and there’s this cascade of an offensive number of these things happening all at once.

It was a teaser.

It was a teaser, it really was a teaser. But it tapped into the element that what Americans do want is to come together, but they want to come together to enact real, bold changes and that was a much more divisive force. So when people say “abolish the police,” people say “how is that possible?” At this point, more and more people are saying, “what exactly am I paying you to do?”

When they’re arresting CNN reporters and a nineteen-year-old protestor gets shot in Detroit.

What are we paying you to do? If you’re not solving the crimes that we are paying you to do, and you have a clearance rate that’s just abysmal, when you do come into the communities it’s usually to exacerbate the problems, and you don’t hold your people accountable though you are the main ones talking about how people need to be held accountable. So what exactly are we paying you to do? And we know, some of us know, that it’s not just the police, their role is to protect capitalists, and the interests of the business owners and the business class. So this is all the underbelly of this question of what is this post-COVID-19 notion of what we want to be able to do, how would we be able to do it, what would be bold and innovative, is maybe revisiting public housing in this country. And then looking at how to do that without the cost being—you know, we have unemployment pre-COVID-19 of 15.7 percent.

Right, it’s true that the unemployment number is traditionally, over the decades, always higher in Black and brown communities than in white communities.

Always. So in a post-COVID-19 world, the numbers look like thirty percent, and this now gives an argument for why things will be automated, and so now we’ll be moving into a new age of AI and automation. Fundamentally that looks like, should we be sending these people money, monthly, sending the money?

Yeah, so those are some of the things that post-COVID-19 we should be looking at, canceling student debt, all the Generation X, all my peers who owe $100,000-plus, write that off like you did the banks. That’s nothing. Because we’re not going to make that money. There’s so many notions that have changed. So what is the use of college at this point? As a tool to attain something that, yes, you can get a skill but now in this automated world you could be at home learning.

I also want to talk about how many of our essential workers are coming out of these communities, and there’s a real vulnerability that’s being foisted on people who are doing menial jobs, for really low wages, and have to get on public transportation everyday. Is there something, should we be giving free transportation to essential workers, permanent wage increases—

This goes back to my point that we were talking about initially, if there is no American brotherhood, then the answer is going to be no, because you’re going to have a block of people who are like,”why would I want to pay for those people?” So the argument always stalls, because say you do want to make transportation free, then you have this question of who’s going to pay for it, right? So that means you have to take money from somewhere else, and so the justification for taking that money, while it may make total sense, there’s a whole other conversation on the other side of people who are like, “I don’t want to do that. I worked for it.” The individualism, this rugged individualism which is essentially European in nature, which is like, “I’m able to do it, why aren’t you?” Then there’s the community. When we say there’s a sense of community it’s only when people are so far off the ledge, it’s because of these actual same policies. So it’s kind of a mind-fuck in a way.

It’s the same problem. And so what you see in countries where you don’t see such a homogeneous group, like in Sweden, where we always look to as the models, well everyone there’s a Swede. so there’s a nationality that binds them. In America, it’s much more complex.

It’s way more tribal and it’s also based on a lot of lies that have to be maintained, and it’s about white domination that has to be maintained in those spaces. So when you talk about it like that, for most white people they don’t experience it that way. Some people do, but they think that it’s everyone in America, the law of America is come here and make your own lot and that you can reinvent yourself here, which is true. There’s a truth to that. There’s a truth to why so many people around the globe want to be an American, because there’s a level of like, “I can do it myself.” The part that’s missing is, there’s also a permanent caste system as well. Can we re-imagine these things? It goes back to fundamental questions about whether there’s scarcity or there’s abundance, and Western philosophy is capitalism based on scarcity, but they kind of spread all over the world with markets. Where we are now, is what other advancements can humans make at this point? What else can we do? We can watch TV. We can call each other on the phone. There’s nothing that would make our lives even easier at this point and, like, what else would there be? There’s nothing left. Except for returning to “I just need to grow my own food.” I need to put my hands in the dirt, I need to be able to cultivate fiber, the simple things. Post-COVID-19, there’s more recognition that the pace we were on isn’t sustainable. It doesn’t mean that it doesn’t exist, but that there’s just been so much attention paid to technology and advancement, but to what purpose and what end?