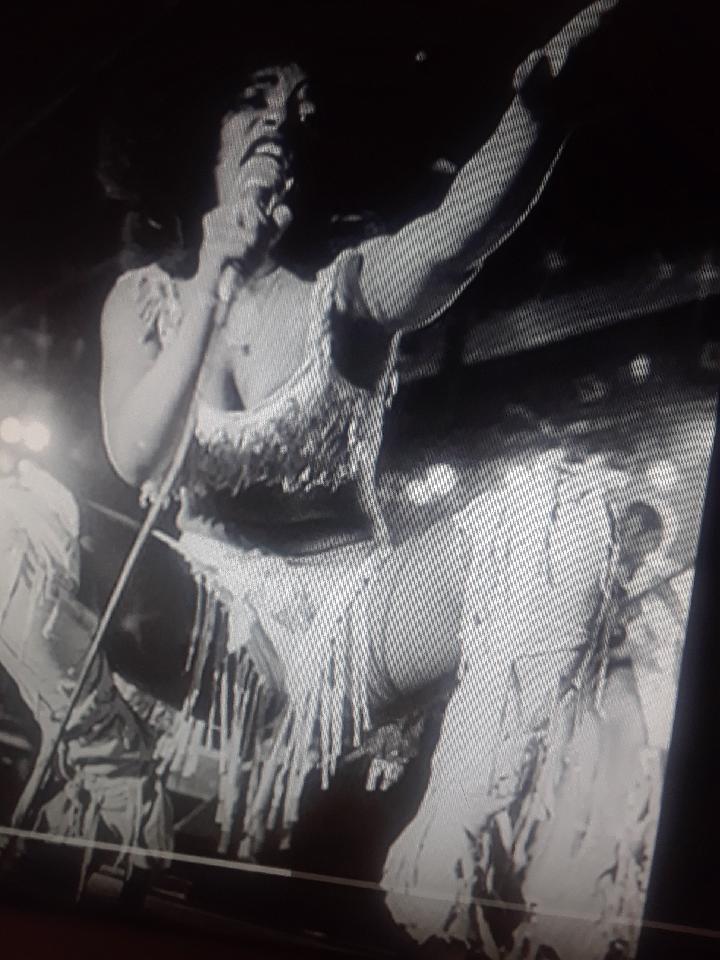 Miles Davis, Bob Marley, Chaka Khan, Neil Armstrong, Sammy Davis Jr., Diana Ross, The Brothers Johnson—the list of Michael White’s famous clients goes on and on and on. A case of the right style at the right time, White, born and raised on the West Side of Chicago, saw his creations catapulted into the limelight concert after concert at the height of Haight-Ashbury. When opportunity hit on his door, he was ready and dressed for it—decked out in his own creations, like a walking ad for his own work. 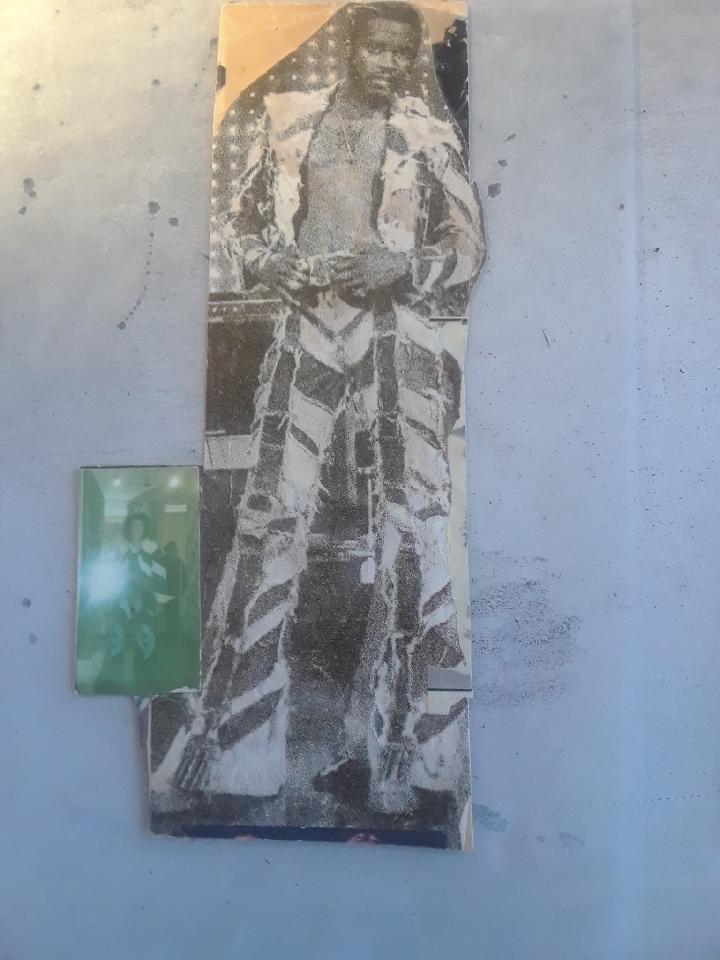 That’s how Bob Marley found out about White’s designs: “We went backstage [at one of Marley’s shows], and he eyeballs me up and down and I ask, ‘Do you like it?’ and he says ‘Yeah, man!’,” remembers White. Marley invited White to come and see him at his hotel the next day, and proceeded to buy that same outfit—an ensemble made of a patchwork of repurposed denim and Vietnam uniforms, which Marley wore on the cover of an issue of Melody Maker in 1976. While waiting for Marley’s assistant to get cash to pay for the outfit, White had a long conversation with him about politics and “some radical shit.” “I was there, in the middle of the smoke, and I was like ‘yeah, yeah, yeah,'” White recounts, laughing. 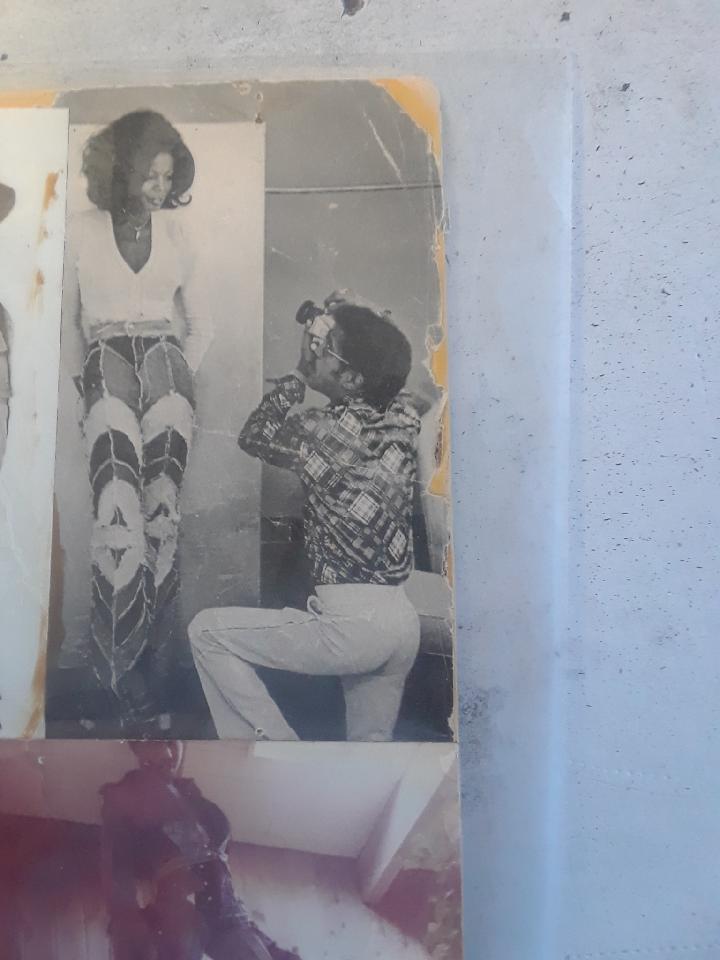 A similar thing happened with Miles Davis, his first notorious client—and a childhood idol: “I would be in the audience at the Fillmore West wearing all these incredible clothes, and I’d see Miles eyeballing me from the stage. He’d be blowing with his band, and he’d be looking at me, and I’d be like, standing next to Carlos Santana. Miles would come down from the performance, and he would look at me but never say anything. And I thought to myself, I’m going to catch this guy.” And catch he did. Due to his extraordinary garb, White was granted access to Davis’ dressing room, and he gifted Davis a “dream belt,” made with fur, fringes and beads. “He loved it,” White says. “It was in the vein of, say, Native American with a little bit of my Afrocentric Black things. My style hasn’t changed since then. I still do the same kinds of things, but elevated, elevated, elevated. Always with that strong, viable ethnicity to it in one way or another.” After that, Davis had White make him a deerskin leather vest. 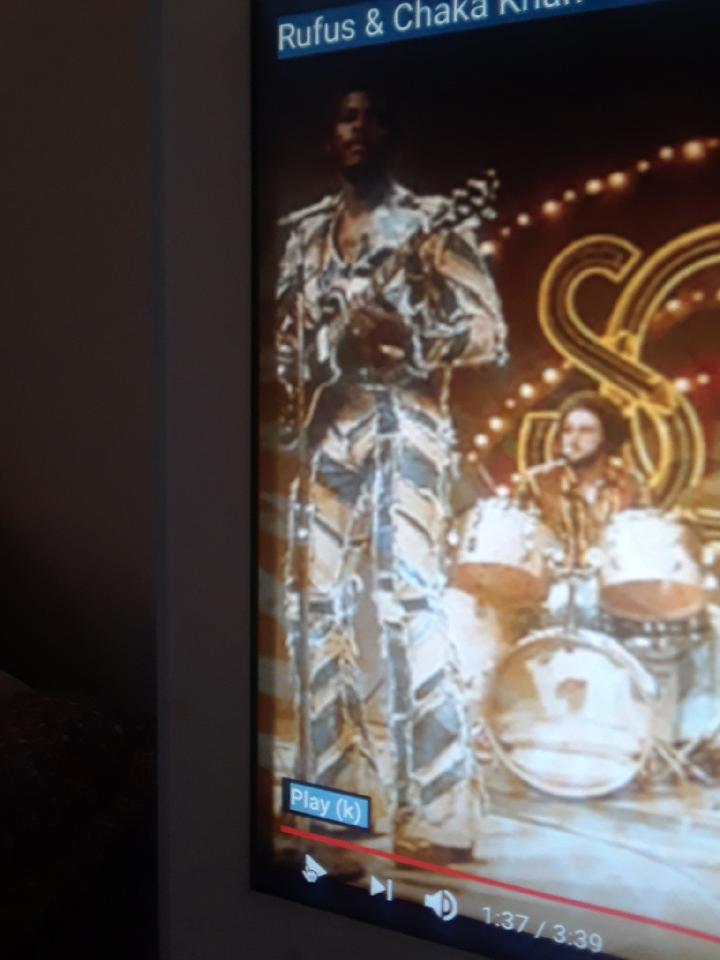 White always had a passion for fashion, and found inspiration right at home. “Good taste was always a high point—we were Black snobs,” he says of his family. “I remember the first time I really saw something that stood out, it was one of my aunts. She was getting ready to go to work—because we all lived in a big house together—and this was in the fifties. She had on this beautiful tapestry floral-printed full-circle skirt, and she swirled around and it smacked me in the brains when I saw it. And it never left me. I just love beautiful things.” He grew up “sketching like crazy,” and as a teenager he got his first job in the industry at Kuppenheimer, a menswear company in Chicago where he worked part-time as a bundler. In 1968, he decided to go to school and learn how to sew. Since he heard the School of the Art Institute of Chicago didn’t teach their students how to sew at the time, White moved to San Francisco to study at the Pacific Fashion Institute. He ended up leaving a month before his graduation, since he already had a lot going professionally. “If you don’t have a degree, it doesn’t mean that you didn’t really work hard. You know what you know,” he says. 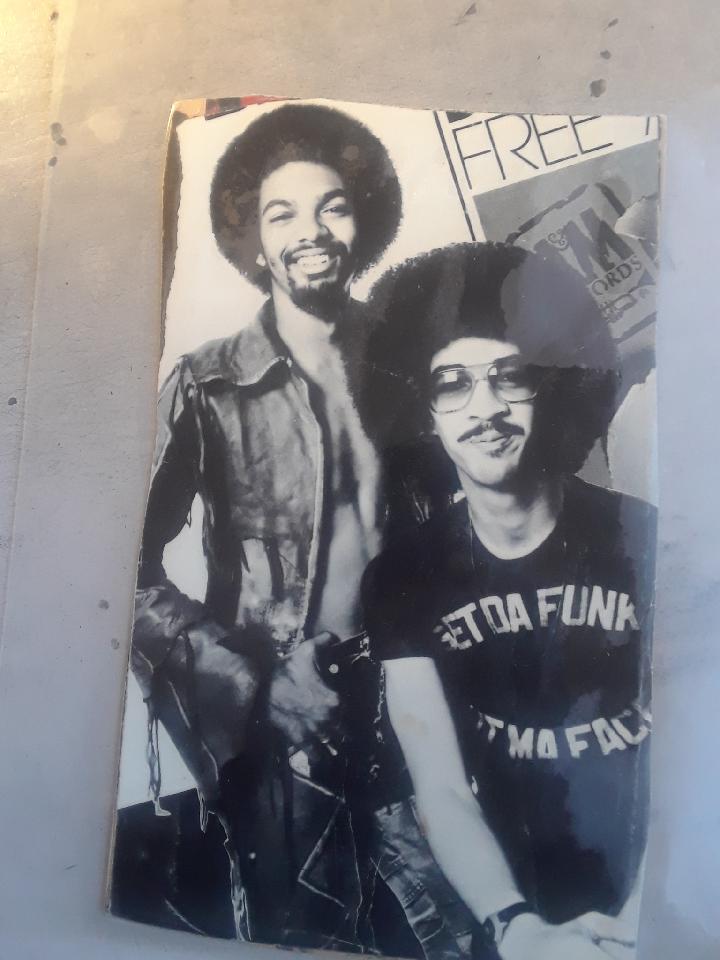 Louis and George Johnson from The Brothers Johnson. Louis wearw a deerskin and recycled denim jacket by Michael White/Photo: Courtesy of Michael White

From there he went on to have a steady job designing at Gunne Sax Company—run by legendary Jessica McClintock—moved on, made some costumes for Larry Graham (the bass player of Sly and the Family Stone), then got tired of the “hippie thing” and went to live in an adobe house with no electricity in the Santa Fe area, then got tired of having no electricity and moved to L.A. In L.A. he got one of his patchwork denim suits in the window of Chequer West, a hip boutique at the time. Actress Ann-Margret saw the suit and wanted to buy it. The suit didn’t fit her, but fortunately it fit Diana Ross, who then snatched it. Diana Ross was married to Bob Ellis at the time, and after seeing the suit, Ellis connected White with one of the artists he managed, Tony Maiden—the lead singer and guitar player from the band Rufus. Ellis had White make that same suit for Maiden. For some reason, Ellis didn’t want to connect White with the band’s star, Chaka Khan. But White ended up meeting her through his nephew, Gavin Christopher, who wrote “Once You Get Started,” one of Rufus’ hits. It was in the cards: Michael White and Chaka Khan then struck a long collaboration, with White designing costumes for many of her shows. 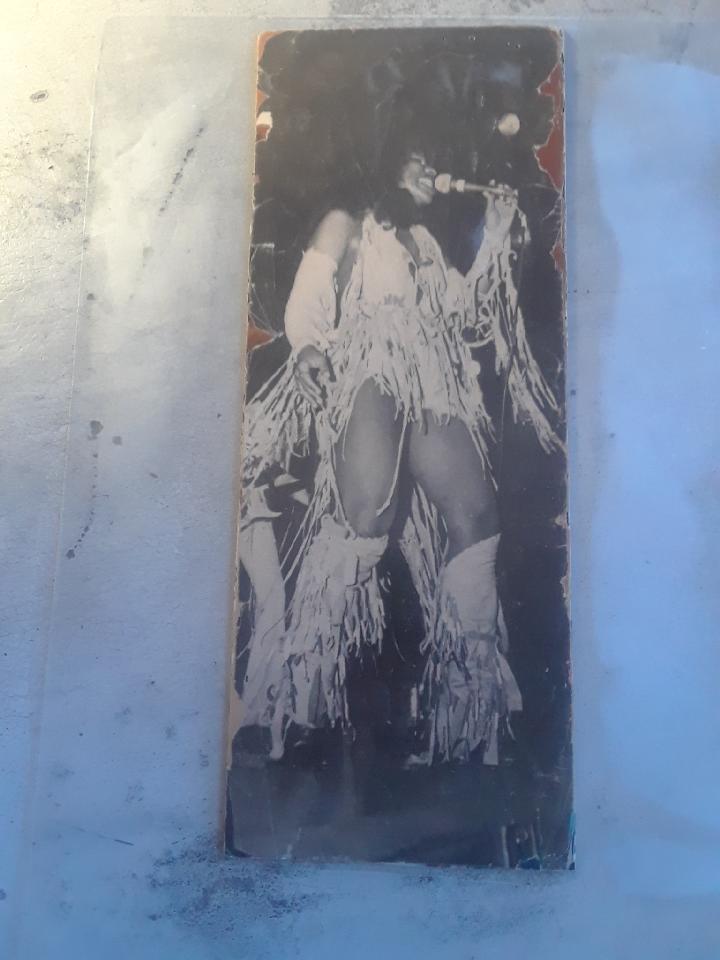 He describes his creations as “easy, relaxed, soft dressing.” “I’m always harking back to my good old days running up and down in the Haight-Ashbury. Refining and taking from the sixties, I am a child of the sixties,” he says. “[My style is] from the Earth. And versatility is set into it because I’ve always been into upcycling denim. I’ve always had a thrift-store sensibility. Engagingly funky—haute, haute funk.” Even though White keeps things low-key now, he still designs for artists such as Jamila Woods, and runs his artisanal production from a studio in Pilsen, making limited editions of his pieces. “Bel Air, Beverly Hills, Malibu, Venice Beach, Bali, Haiti, San Francisco, New York, Miami. I’ve done it, been there, and it’s all the same. I am so happy to be right here in Chicago, my hometown. I couldn’t think of another city I want to live in right now except for here. I think we have a good thing going if we could just get it polished right.” He looks back at his eventful life with pride: “It’s all experience, and it’s all in me, and it feels so good. It’s more than just designing clothes; it’s using that as a tool to design a life.”