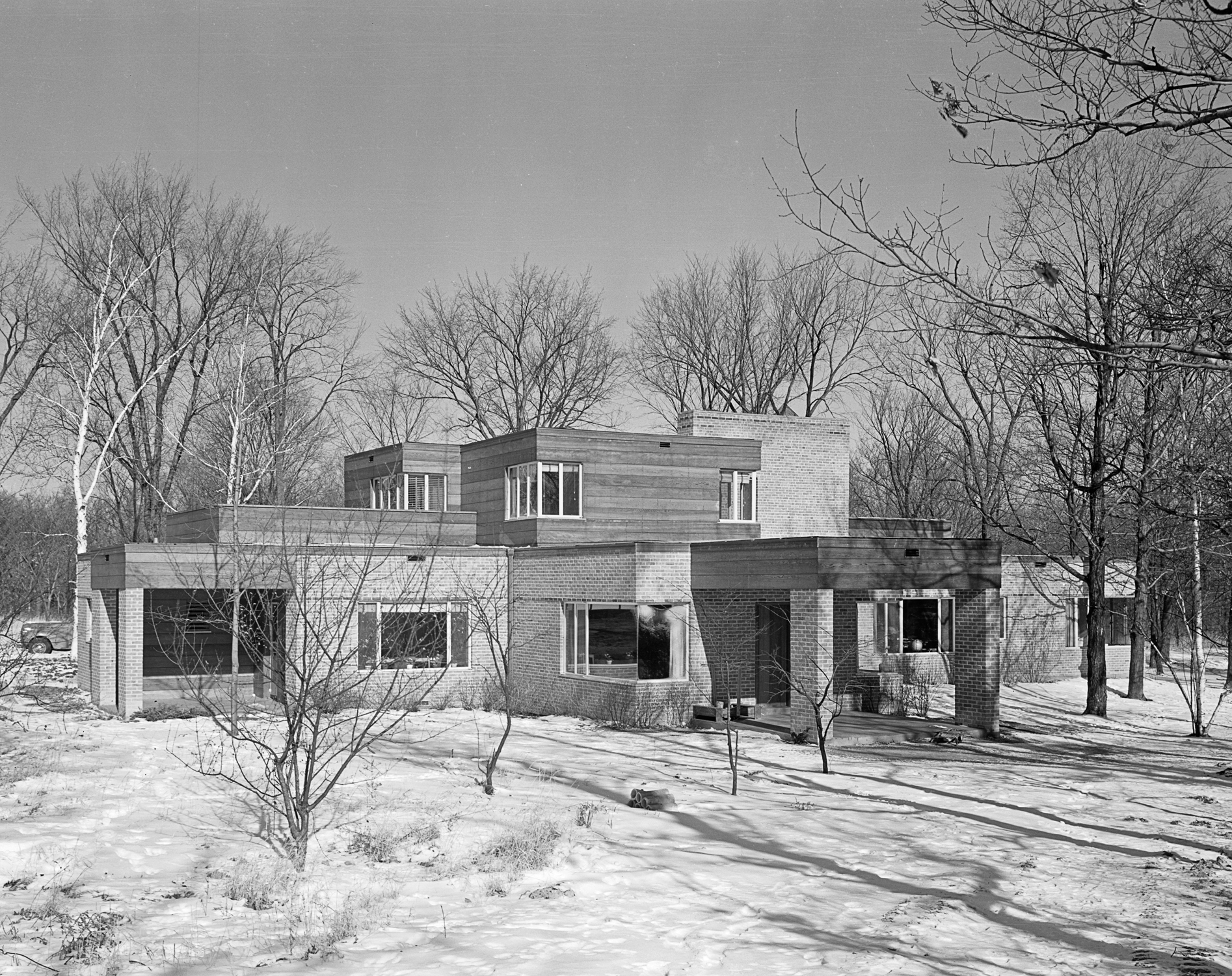 This remarkable and essential volume for students of architectural histories fills in the much-lesser-known story of inventive architects who worked in the long shadow of Mies, and illustrates their approaches. Titled in part “Modern in the Middle” to indicate the progressive values of those architects, it traces their contributions to contemporary design in multiple fields today, whether we’re talking about Tony Fadell, designer of the Nest Thermostat, or Charles Harrison Sawyer, who invented the Viewmaster. 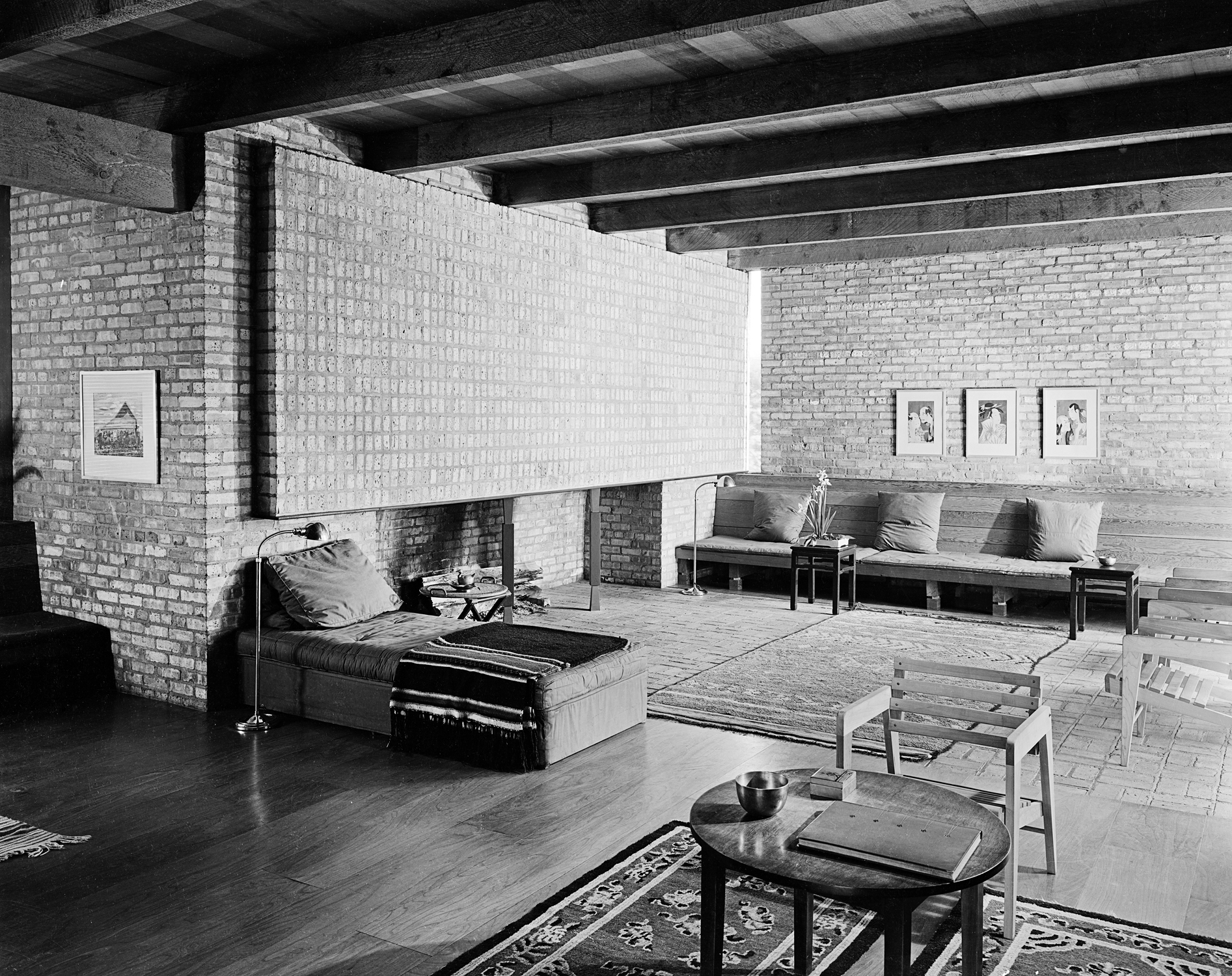 As co-author Michelangelo Sabatino put it in a recent Zoom discussion about the intent of the volume, it’s important to think about how these designers approach their work as not just “designing a house, but designing everything that goes into the house.” That balance of form and volume, of interest in the balancing of these elements, leads to a common interest in all things organic. That organicism is present everywhere in the work profiled, with one after another home and its contents presented in its own section with historical profiles and backstories. 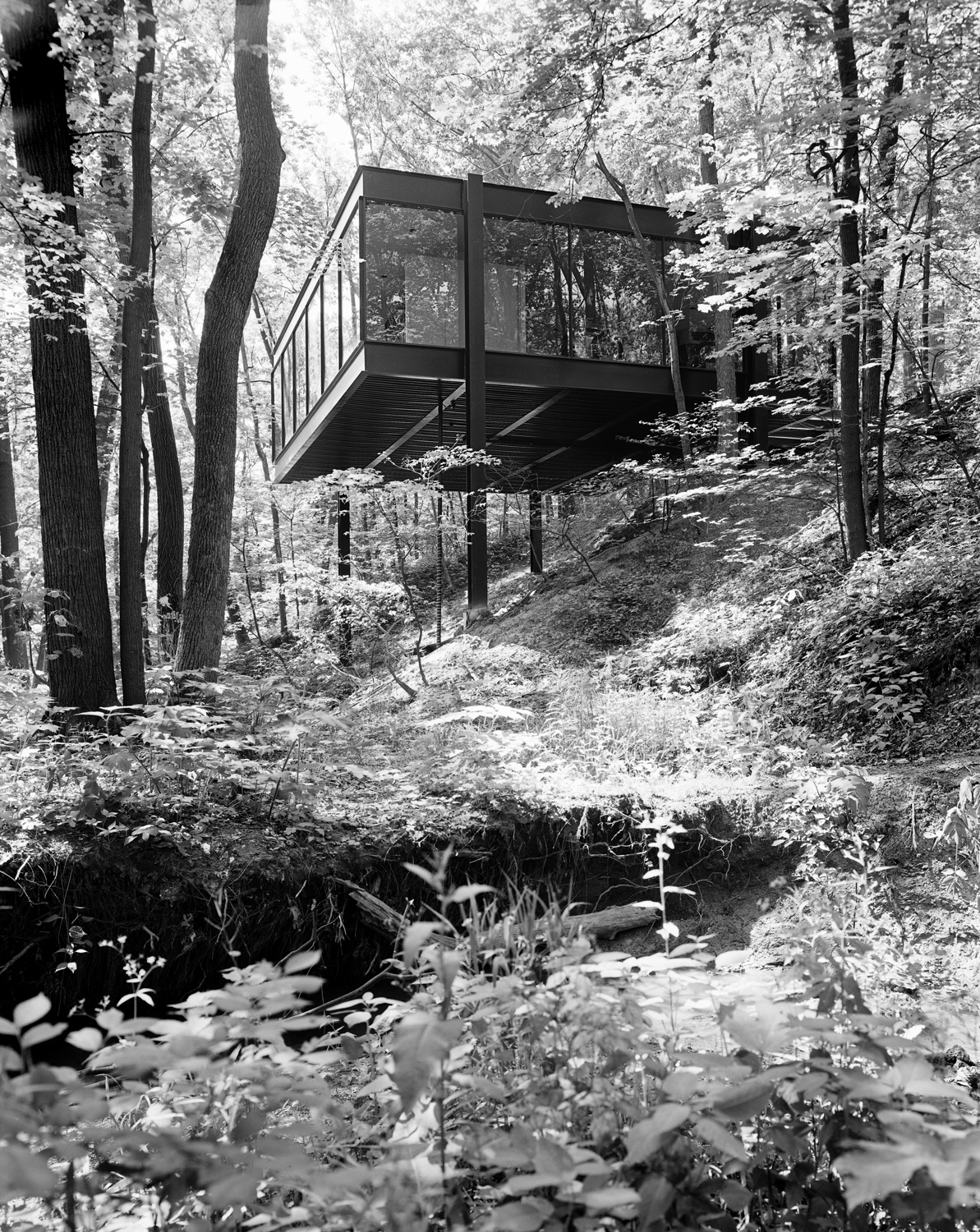 Exterior of the Ben Rose House Highland Park, Illinois. View from the ravine up to back of home/Photo: Chicago History Museum, Hedrich-Blessing Collection

Often, those stories are most eloquently told when looking at the homes architects built for themselves. That’s where these individually fascinating stories can open up, for instance, as does the story of the 1948 Northfield home of Henry P. Glass and Eleanore Knopp. Held by the Nazis at Dachau and then Buchenwald, Glass’ wife Eleanore “with the help of a lawyer uncle, convinced the Gestapo to release him.” Moving to the States after, Glass found work employment at the Herman Miller Furniture company, and then pioneered work on a device for Navy fighter planes and later, after studying with George Fred Keck at the Institute of Design, built his own take on the passive solar houses in which Keck was invested at the time. This included a playground approach to innovation which, as the book goes on to describe, came to include “large thermopane windows spanning the entire south wall at the back of the house; broad angled eaves were designed to take advantage of the angle of winter sunlight and provide shade in the summer. Beneath the windows, louvers with interior screens for cross-ventilation could be closed by wooden panels. Black asphalt tile flooring absorbed heat on the interior.” 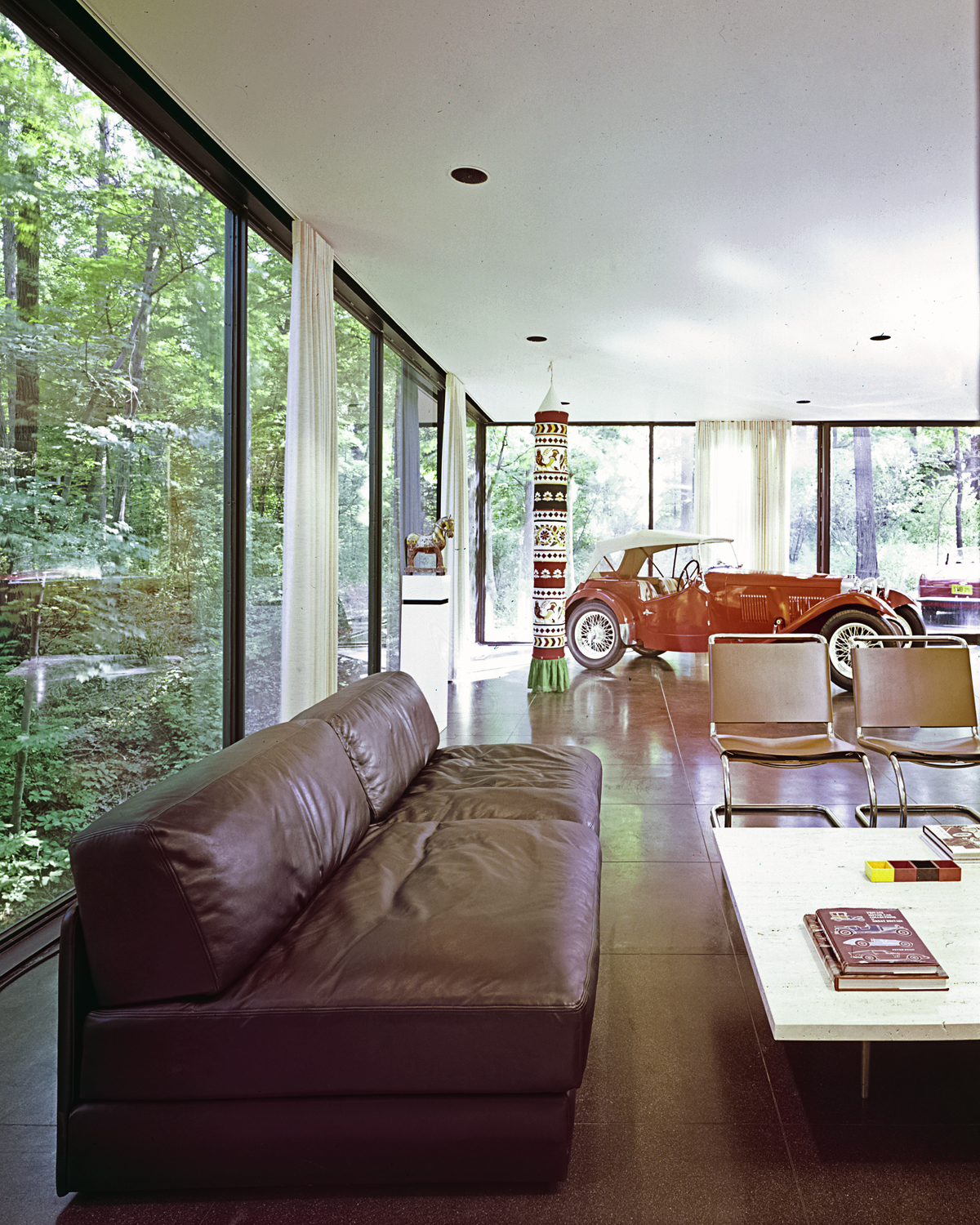 Or take the 1953 Highland Park-located Frances Landrum and Ben Rose House, with its 1973 add-on David Haid-built Rose Auto Pavilion. Famous auto enthusiasts, the building provides the scene of the 1986 film “Ferris Bueller’s Day Off,” where Bueller’s lethargically depressed friend Cameron plunges a pristine, cherry-red 1961 Ferrari 250 GT California Spider through the pavilion’s plate glass windows. Photos of the auto port with some of their favorite cars take viewers behind the scenes into a familiar but less distant world. 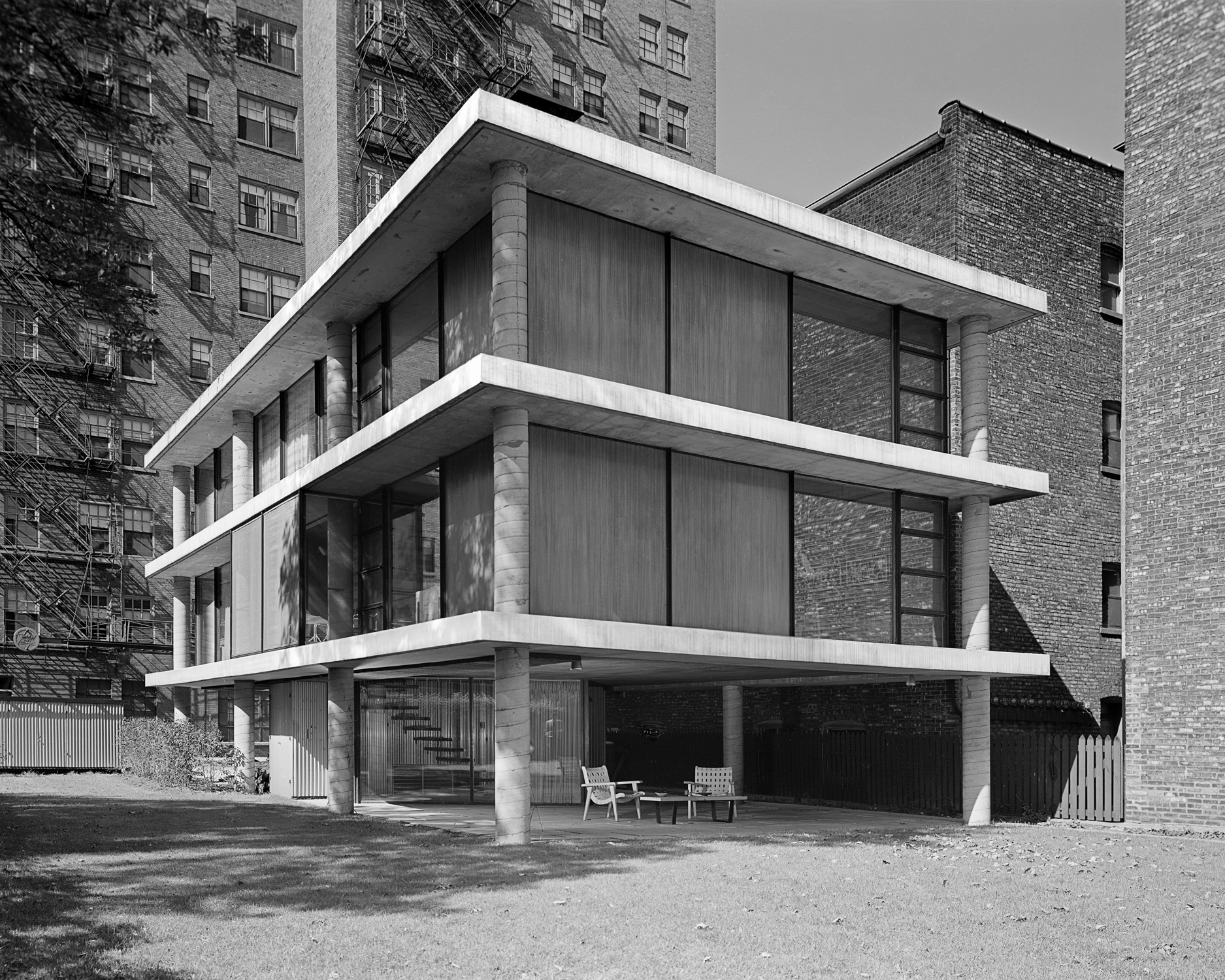 “Modern in the Middle“’s portfolio of homes goes into similar breathtaking detail for each of the properties, in similarly voluminous, ranging knowledge of their histories. It’s fascinating, too, to learn about the Farnsworth House, with its polished Elkay stainless steel countertops, and the history of the Revere Ware kettles that adorn them—a design which goes back to Paul Revere, who used some of the first stainless steel cookware. Moreover, the kettle’s great innovation came in the form of a handle that was directly welded into the saucer, rather than riveted, contributing to an overall sleek and integrated finished design.

Sabatino repeatedly points out that “Modern in the Middle,” while representing an achievement in and of itself, should also serve as a basis for future scholarship, and to the preservation of that history while many of these groundbreaking, lesser-known buildings face negligence and even possible demolition. 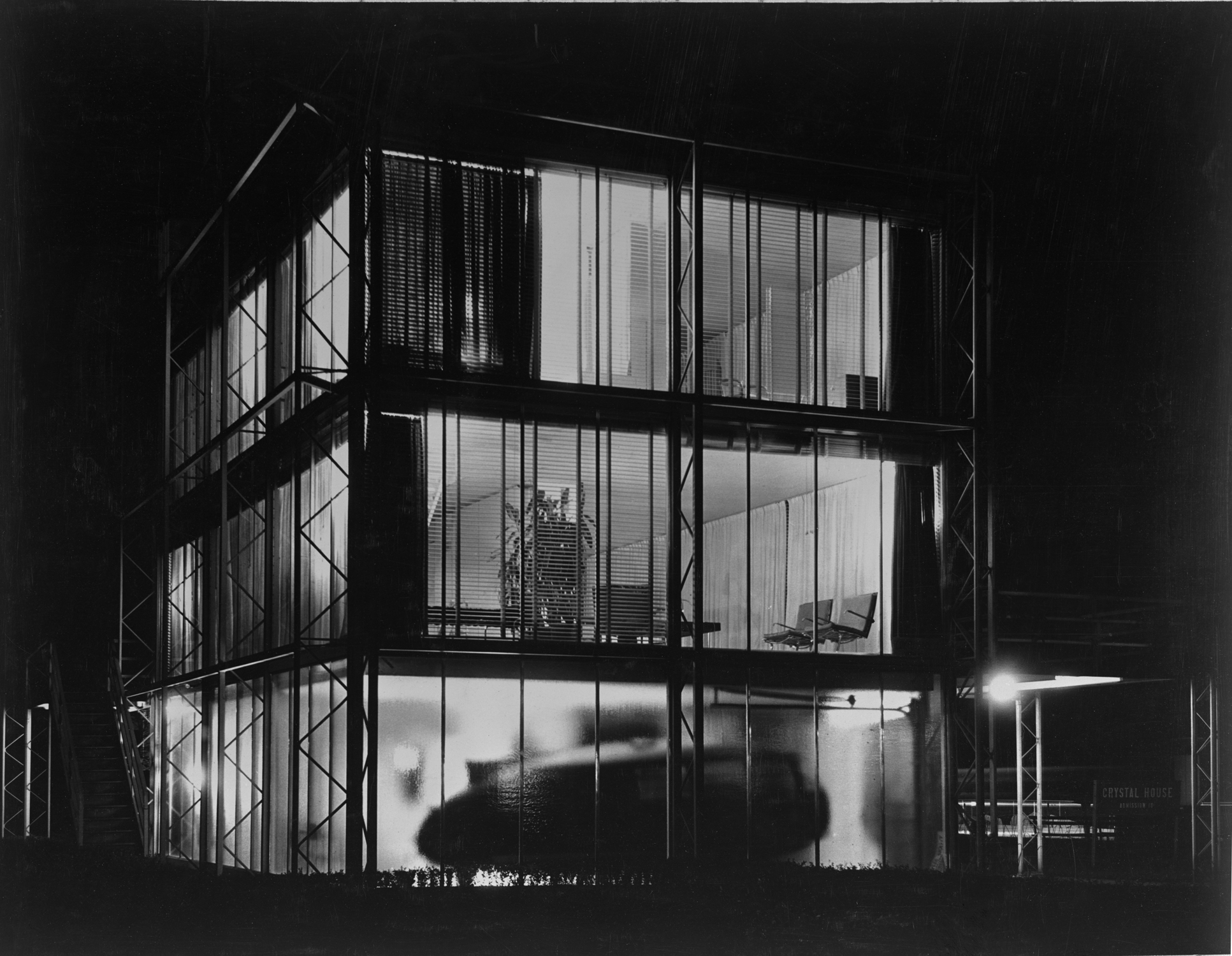 Just as a campaign broke out in “Ferris Bueller” to “Save Ferris,” a fresh effort has emerged to save buildings like the ones here. It’s a point made in the book’s coda, with some irreplaceable properties facing or even eventually suffering demolition, such as the 1955 Keck and Keck-designed Elizabeth Iglehart and Edward McCormick Blair house in Lake Bluff, torn down in 2016 and marketed for development. Or, significantly, the Hildur Freeman and Harley Clarke mansion in Evanston, a subject of intense back-and-forth discussions between developers and preservationists. Artist and writer Audrey Niffenegger has been at the forefront of a debate over the future of the building, with Niffenegger and advocates hoping the property can avoid demolition and be earmarked for establishment of an artist book center at the location. 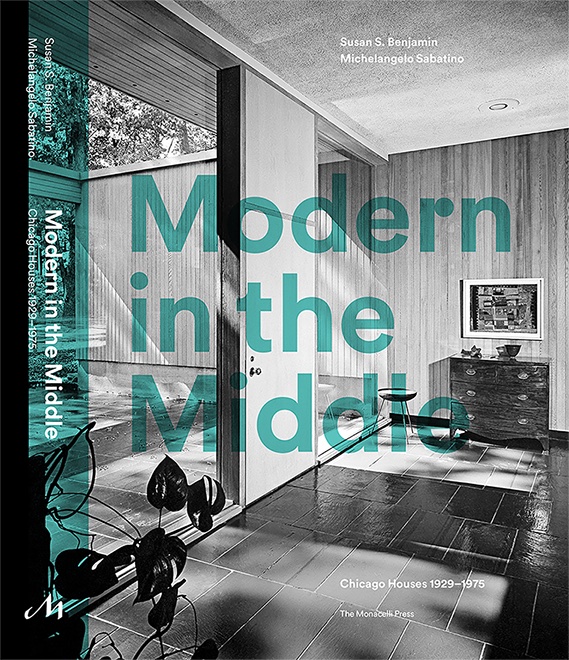 These and the many, many other tiny marvels depicted in this much-needed volume of neglected Chicago architectural history shine a light on the stewardship required to preserve and expand on that history, while providing scholars with firm footing for a throughline rooted in the rich efforts of our less well-known, but equally accomplished talents. It’s a perspective long overdue, and vibrantly welcome.