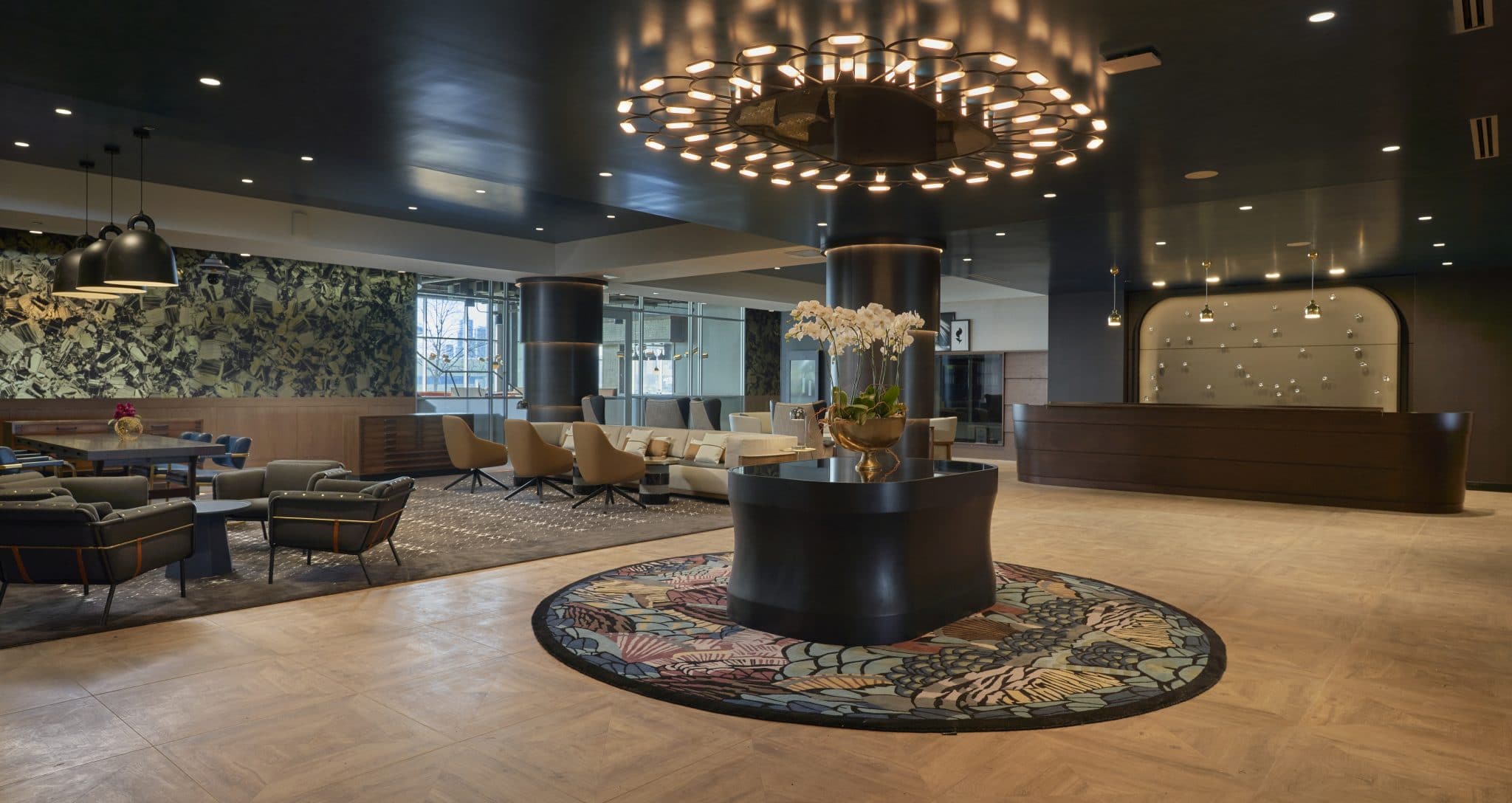 As Navy Pier, the iconic Chicago landmark gets revamped with a hotel of its own, Newcity sits down with Jackie Koo, founding principal of architecture, interior design and urban planning firm, KOO, for a glimpse at the design process. “Creating a design that could be stitched into the historic profile created the right balance between old and new,” Koo says about Sable at Navy Pier, the hundredth property in the Curio Collection by Hilton, that takes its name from the USS Sable, a vessel that called the pier home during World War II. The nod to the location’s historic past doesn’t stop there. It informs the design process at-large—from using a color palette grounded by mixed neutrals and highlighted by a spectrum of blues and blue- greens like the colors of Lake Michigan, to incorporating subtle nautical cues like weathered brass, shipbuilding materials and the use of smooth curves similar to those of a ship’s interior cabin. Sable at Navy Pier was launched as part of the 2016 Navy Pier centennial celebration and renovation so it’s safe to say that “The People’s Pier”—a civic and cultural destination for Chicago locals and visitors alike—started the second hundred years with a bang. 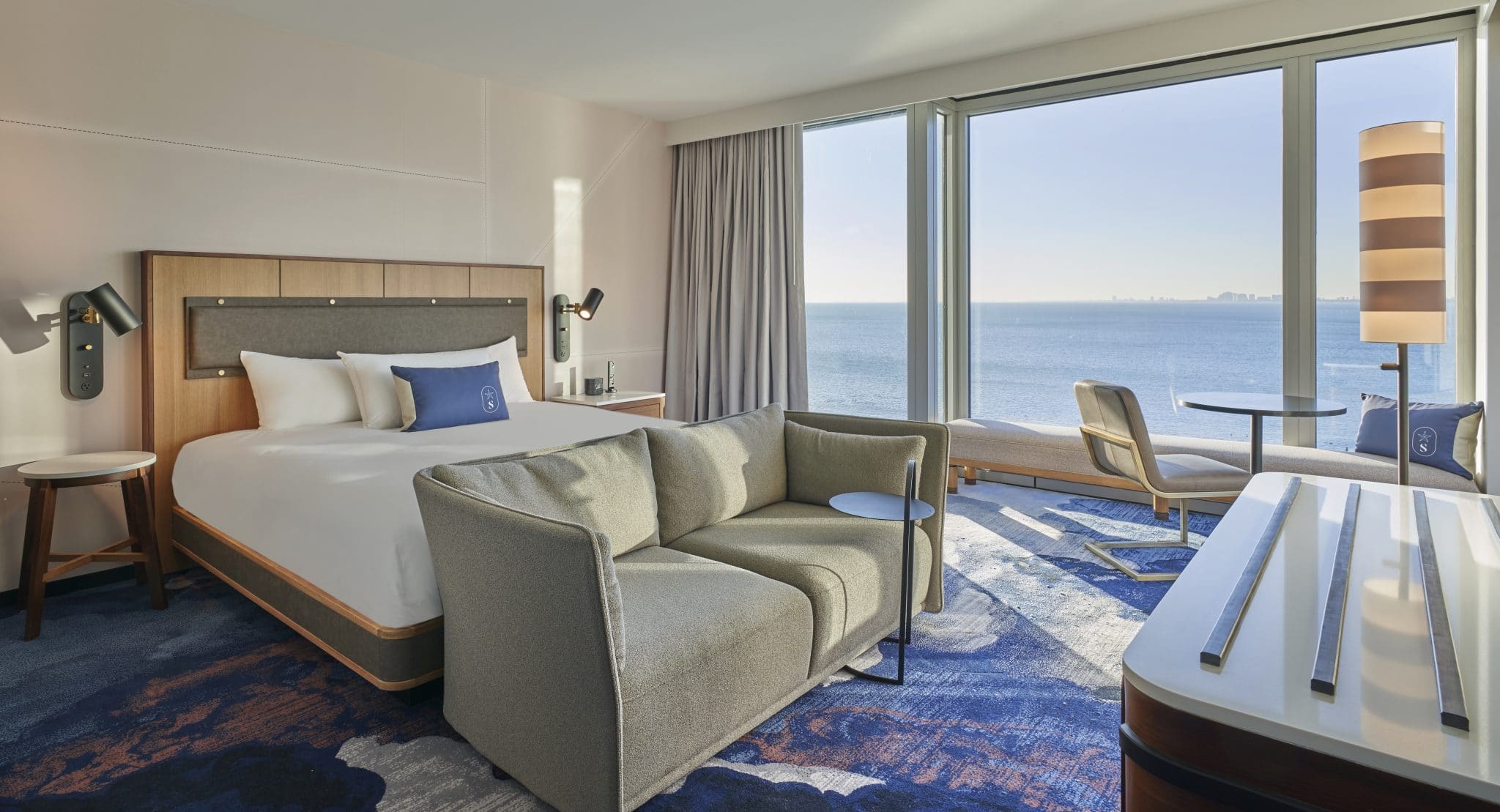 This is a historic moment for Navy Pier and the city at large. What has been your most rewarding moment bringing Sable to life?

While not a specific moment, the project has been satisfying personally because it creates a new way to experience an iconic Chicago site. The design respects both Navy Pier’s historic linear profile, so familiar to generations of Chicagoans, while participating in the rebirth of the Pier. For those who haven’t been there lately, the Pier has been transforming as part of its centennial vision, into a modern attraction and cultural space, with new local food and beverage offerings, performance spaces and arts programming. The hotel has been fully booked under pandemic limits since opening and I’m excited that people will have a place to stay right on the Pier and that we have been a part of that. 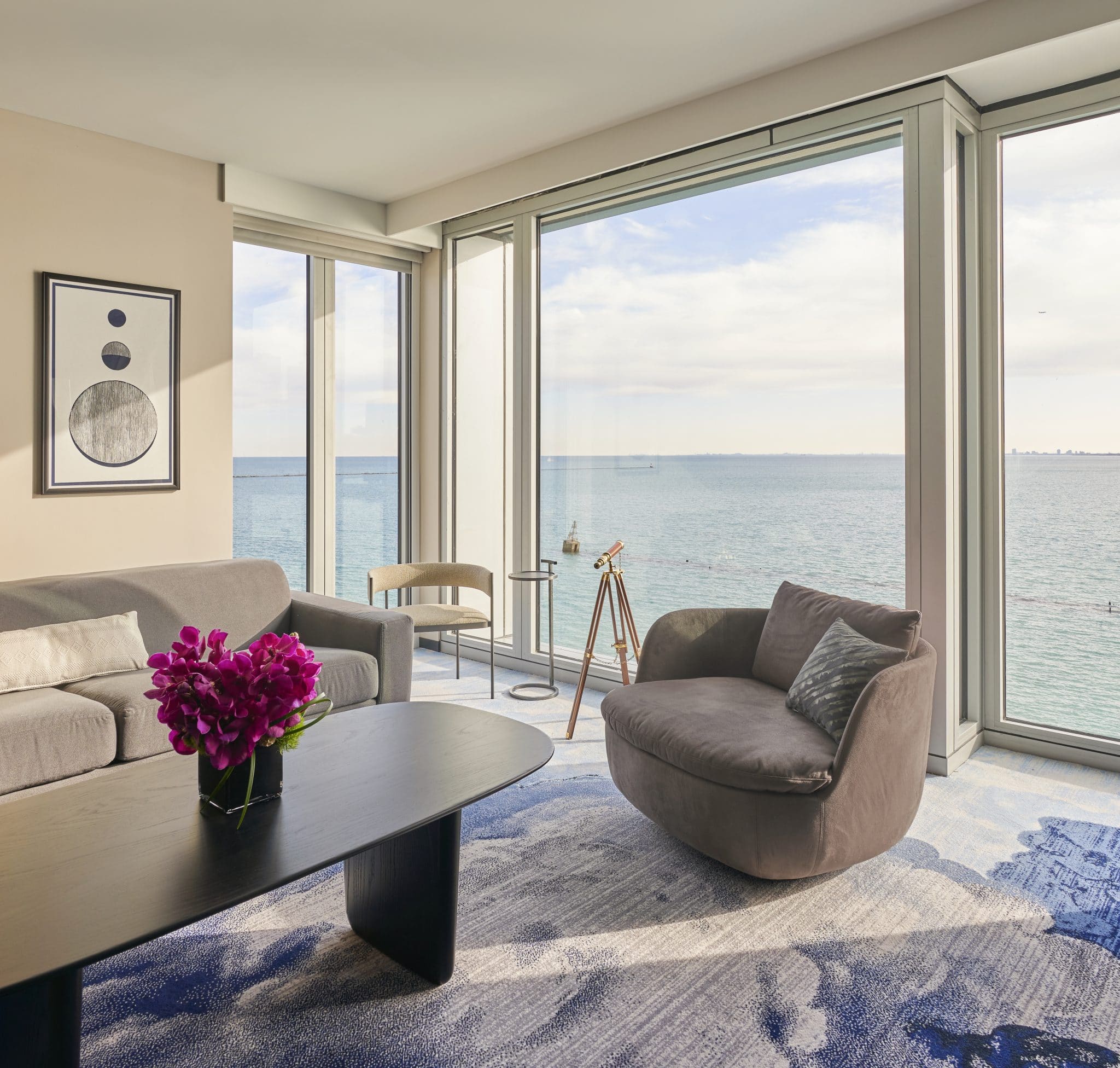 Creating a hotel on a century-old pier is quite an undertaking. What were the biggest challenges you had to face bringing together the old and the new?

One of the main challenges was how to connect the hotel to the Pier so that it was a part of it and could be accessed from parking, the drop-offs, and the South dock, while building a new building. We ended up building on top of underutilized existing pre-function space, removing the roof and creating a structural platform on top of which we constructed five stories in light gauge construction. We attached to existing columns on one side and added new columns outside to support the platform. There were many existing conditions that we needed to accommodate such as the one-mile path that goes all the way through the Pier and existing utilities and systems that serve other parts of the Pier. Creating a design that could be stitched into the historic profile created the right balance between old and new. 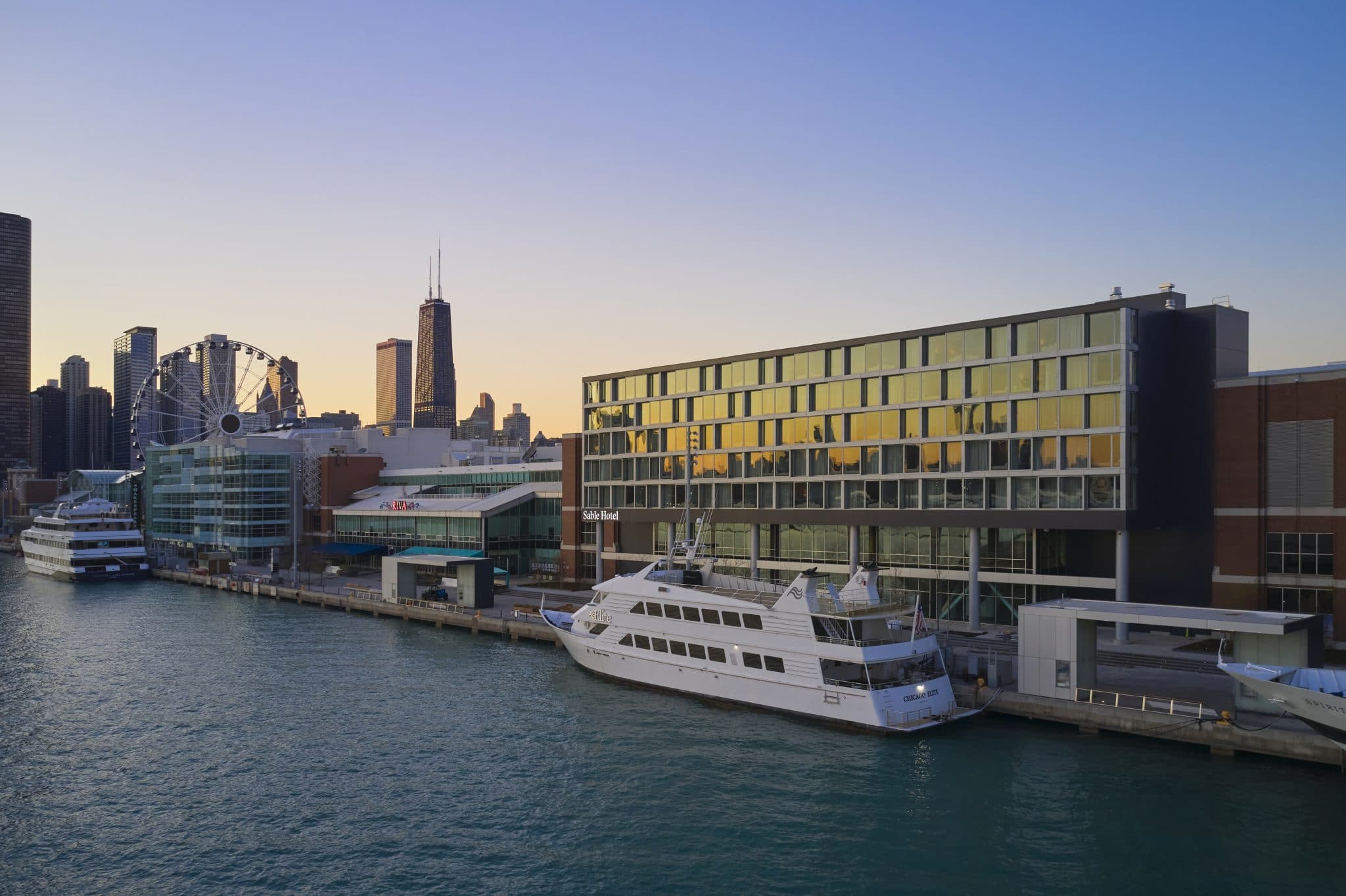 It will be exciting to see the impact of having hotel guests on Navy Pier. I expect that, as in any neighborhood, having more pedestrians strolling the sidewalks will create new opportunities to build a sense of community. A new project, SURGE Esports Stadium on the Near South Side linking Bronzeville and McCormick Place, is Chicago’s first purpose-built space for Esports whose global audiences already surpass many traditional sports events. It has been fascinating to be designing a new typology of building.