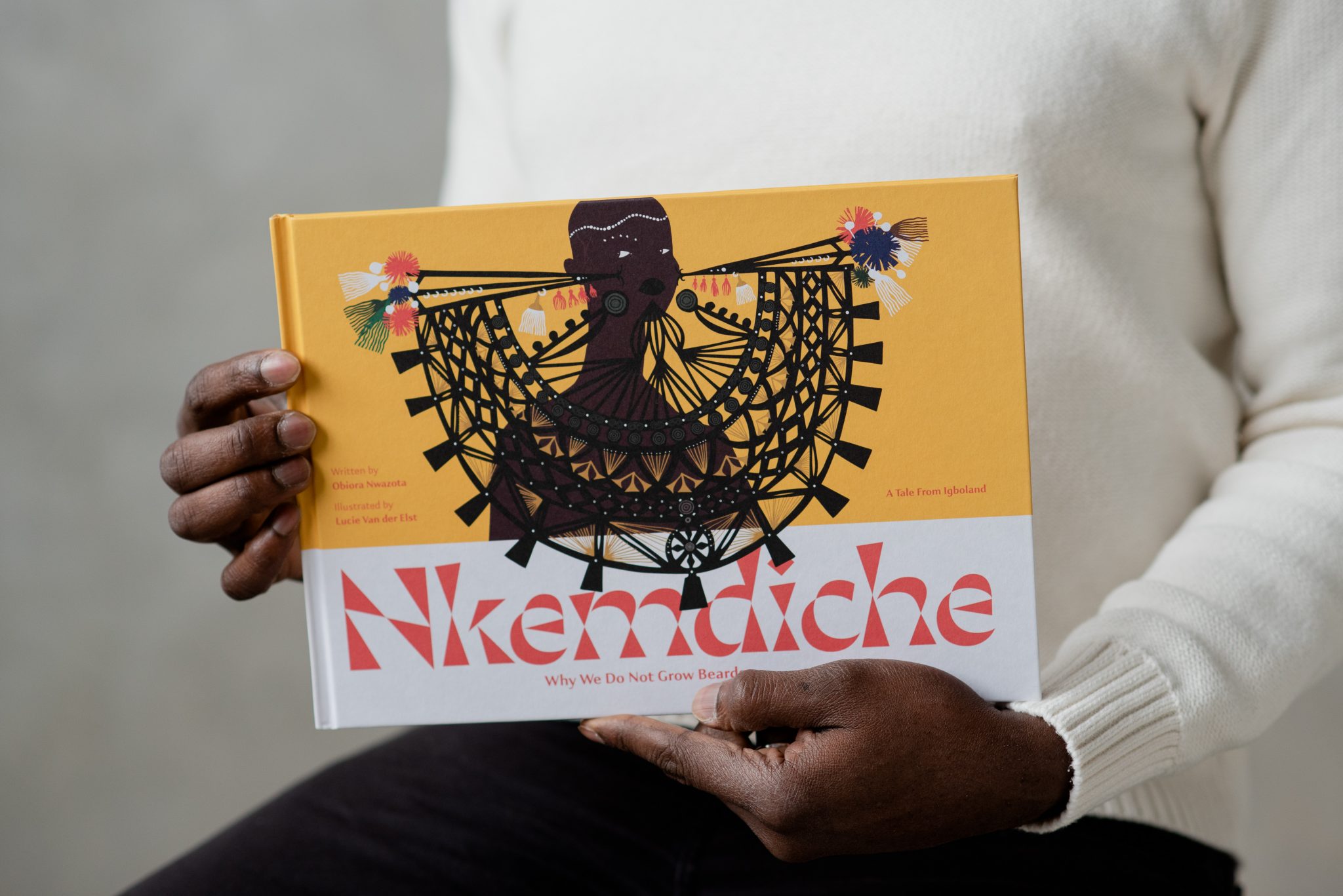 This sumptuously designed and illustrated volume by Obiora Nwazota and his team is bound like a children’s book, but is also a designed art object in its own right. Presented as a social “hairstory” folktale, it telescopes and uses the value and sacredness of hair in traditional  as well as contemporary Black and brown cultures to thread a well-imagined conceit of the bearded women of Igboland. It’s a place also known as modern-day Nigeria where, in this alternative timeline looking back onto a practice that never existed, the women would languish beneath the Udala trees, “grooming their beards” while they “swapped stories and exchanged juicy gossip.”

Made with a clear objective to evoke the ancient dignity and nobility of African cultures that existed before the wretched history of the global slave trade, the book goes beyond the goal of a modern vision of a people and culture that often gets reduced in masscult depictions to that of Black oppression and suffering. “The physical design of the human being doesn’t go out of style,” Nwazota says. “All of a sudden, it opens up when you’re investigating any of these things, if you come at it for the purity of what it is, it’s equally as modern as it is old.” 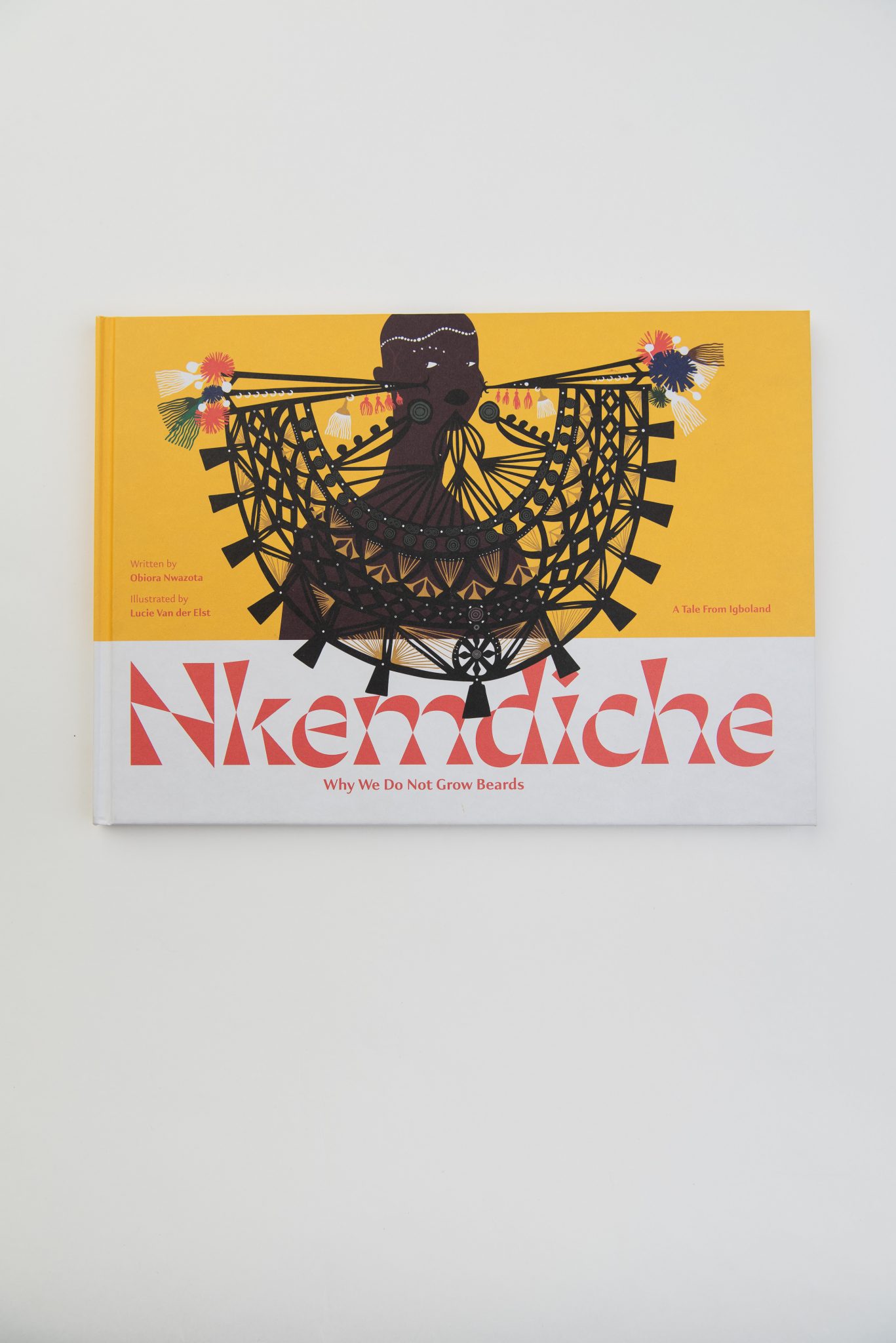 “Nkemdiche” is published by Ọkpara House, whose stated mission is to reclaim and assert the “relevance of Igbo culture on contemporary lifestyles within and beyond the Igbo community,” and the production crew behind the volume has adroitly integrated their efforts to produce a cohesive, moving and visually literate art object. Nwazota, a co-founder of Chicago’s celebrated Orange Skin boutique, and a longtime Igbo culture booster, has conjured this sweeping folktale, in a way that is moving for adults, but likely to spark in a profound way the childhood imagination about people and places otherwise poorly represented in the children’s literature of the States. Told alongside illustrations by Paris-born Chicago artist Lucie Van der Elst, the images are rendered in bold, solid collage-style colors, often integrating traditional Igbo fashions and textural designs, punctuated with bursts of fragmented imagery and rich, deep black skin tones that recall a Kerry James Marshall canvas, while also binding the visual narrative as the story progresses, illuminating it marvelously.

Asked about the idea to make this volume into a design object in and of itself, Nwazota describes his efforts to visualize African culture in an immediate and corrective way. “It was very intentional in the sense that, having explored the things from that era—okay? The normal idea of the imagery, the African imagery, when we see Africa—normally, it’s safari, it’s conflict, all that funniness. But when you think about African culture, you are thinking about masks, you are thinking about people maybe running half-naked with token animals like a giraffe or lion, and I’m like, ‘Wait a minute, that is not how we see ourselves.’ So, if you’re going to also talk about that same period, the way we see ourselves—that is what I wanted to capture in the design, the nobility of the same era. I wanted something as timeless but also filled with curiosity, but a curiosity you could actually identify with. In the same way you can get on a plane and the next day have a baguette in Paris, I wanted to show in this same way this thing where everything is so traditional and different but at the same time you can relate to it somewhat. So I think that is what’s very present in the book.” 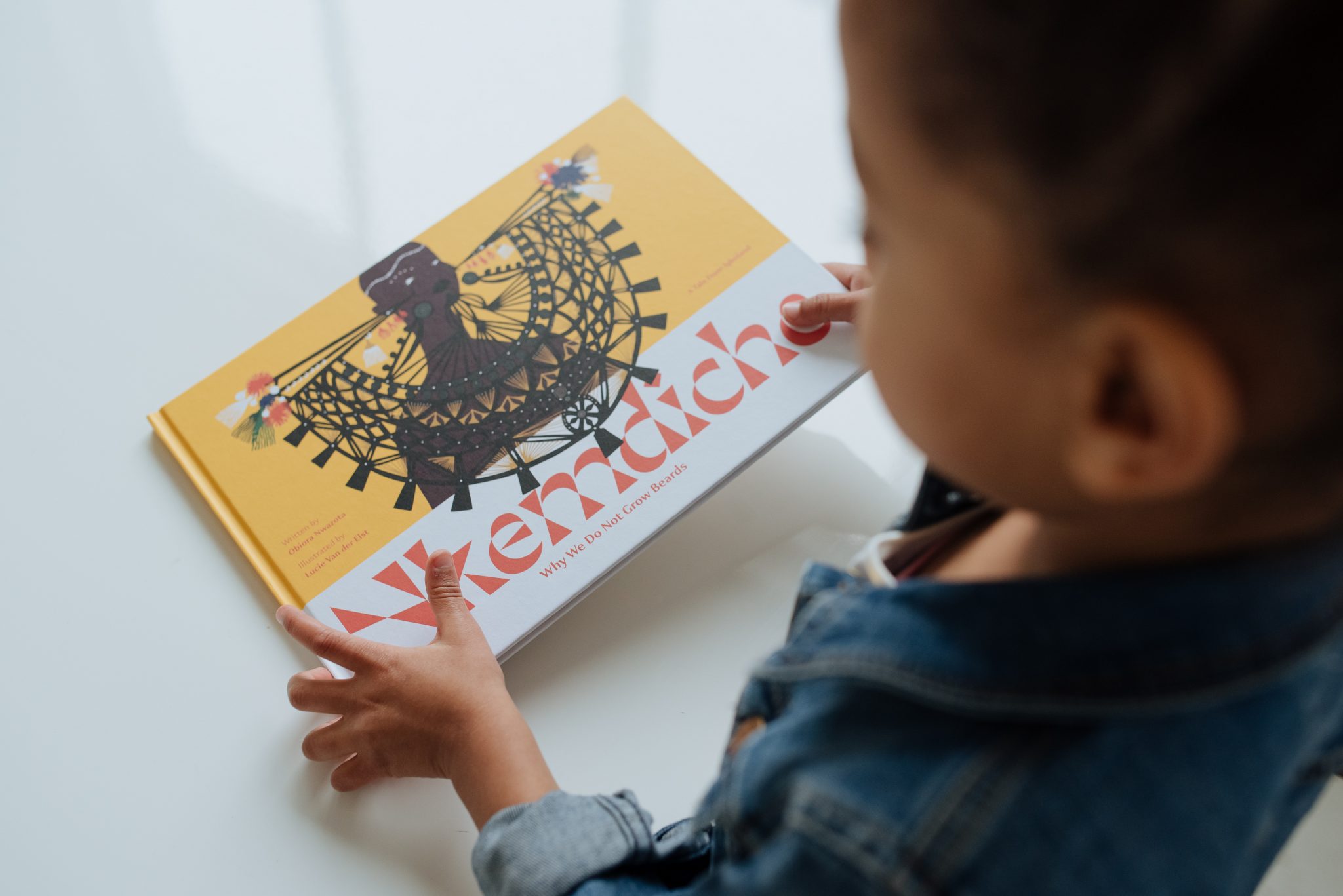 “Nkemdiche: Why We Do Not Grow Beards,” Okpara House

It’s also notable how well the body text itself integrates the cultural background of its subject matter, as rendered by Mark Jamra and Neil Patel of Portland Maine’s JamraPatel studio, who set it throughout in Kigelia, “the first system of fonts for the most prominent writing systems in Africa.” Lyon-based Thomas Huot-Marchand’s 205TF studio’s display type flows seamlessly throughout, while Chicago’s Nick Adam and Bud Rodecker’s Chicago-based Span studio have brought it lovingly together in their typesetting and halting cover design.

“Nkimdeche” is what is known as an instant classic, the first in a series planned by Nwazota to fill a long-simmering void in children’s literature to portray the life and worlds of Black and brown people. If this slim, important and mighty little design object of a tale doesn’t deserve a Caldecott Medal, none do.

“Nkemdiche: Why We Do Not Grow Beards,” written by Obiora Nwazota with illustrations by Lucie Van der Elst, Ọkpara House ($23), hardcover. For more information and to order, please visit OkparaHouse.com.