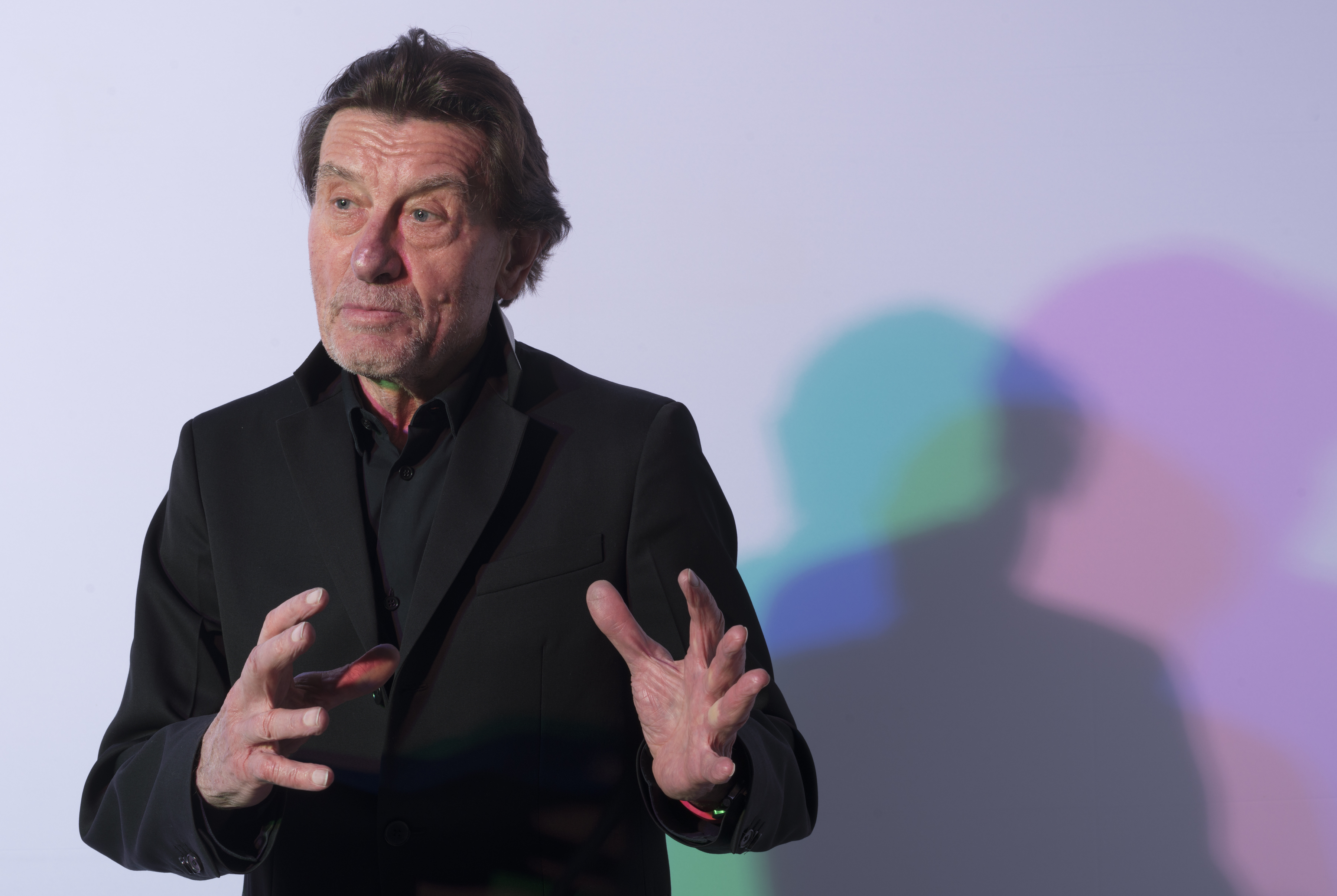 When I heard the news that Helmut Jahn died in a bicycle accident on May 8, I experienced a kind of survivor guilt. I was the last person to interview Jahn and our extensive conversation served as the basis for a cover feature published in Newcity just days before.

Jahn and I spoke via Zoom a couple of weeks ago. He was in his office, seated in the northern light of the windows of the Jewelers Building, wearing black. He was focused and friendly, if slightly awkward. We started by speaking about the Thompson Center and its impending sale by the State of Illinois but soon veered to other topics that were on his mind. Jahn lamented that the new generation of real estate development is timid, enthused about upcoming projects and pursuits around the world, and beamed as he told stories about his son and grandchildren. Looking over the interview notes I’m struck by both how ordinary our conversation was and, in the shadows cast by his death, how strangely ominous.

I have known Jahn for well over a decade and have written about him in the past. But until this interview, I never grasped so clearly his relationship with risk-taking. Reflecting on his career and on his life, he kept returning to the subject. His arrival to the United States as a young man “with a suitcase,” Jahn told me, set a pattern defined by seeking ever-greater challenges. In expressing his point of view as a designer, he was intentionally provocative, sharp-edged. In seeking clients and associates, he prized a tolerance for risk-taking. He thrives on speed, he said, on cars, on racing boats. His architecture is a rush. So was his life.

At last we came to sailing. Jahn competed in an elite, highly technical version of the sport. His racing yacht, Flash Gordon, named after a comic-book hero to whom he has drawn comparisons, won trophies across the globe. Jahn relished the memory as he shared it with me: bracing against gusty winds on the deck of his boat, careening into open water.

When I was writing the story, I knew right away that this episode would serve as its coda. Because tax credits or leaky glass panels or postmodern flourishes are entirely beside the point when it comes to Jahn’s work. The point, for him and for all of us who get to live with his buildings, is to let ourselves feel intensely: to feel the force of the wind, the heat of the sun, the angle of the waves.