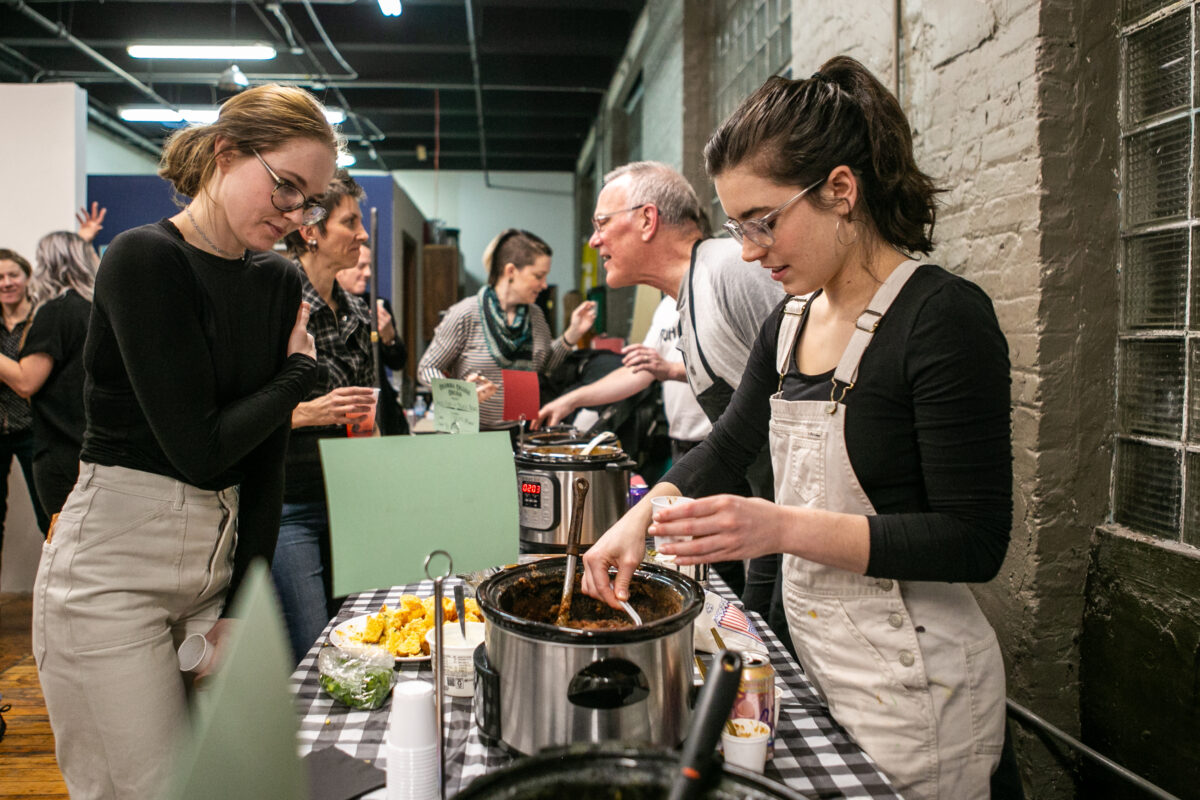 Inspired by a cook-off fundraiser, the Hashbrown, an annual event produced by community print studio Spudnik Press Cooperative, made the transition from a potluck into a chili cook-off about a decade ago. “In the early years, all chefs represented printmaking studios including student shops like Harold Washington’s ‘Prinstitute.’ The pool of chefs expanded to include community spaces like Comfort Station, arts-related businesses like One Design and member teams. As the event grew, so did the spectacle with games and music contributing to the festive atmosphere,” the Spudnik Press team offers. “For example, 2019’s ‘Heavy Metal County Fair’ theme included midway games like face painting with options ranging from youthful rainbows to Alice Cooper-inspired corpse paint.” They now consider this Chicago tradition to be equal parts fundraiser and community celebration. We corresponded with Angee Lennard and Yang Pulongbarit-Cuevo of Spudnik Press as they prepared to host a virtual event last Friday to celebrate the launch of their commemorative cookbook, “The Hashbrown Re-Hash: 10 years of Chili Cook-Off Recipes,” featuring appetizers, sides and desserts to complement—what else—chili in all its shapes and forms. 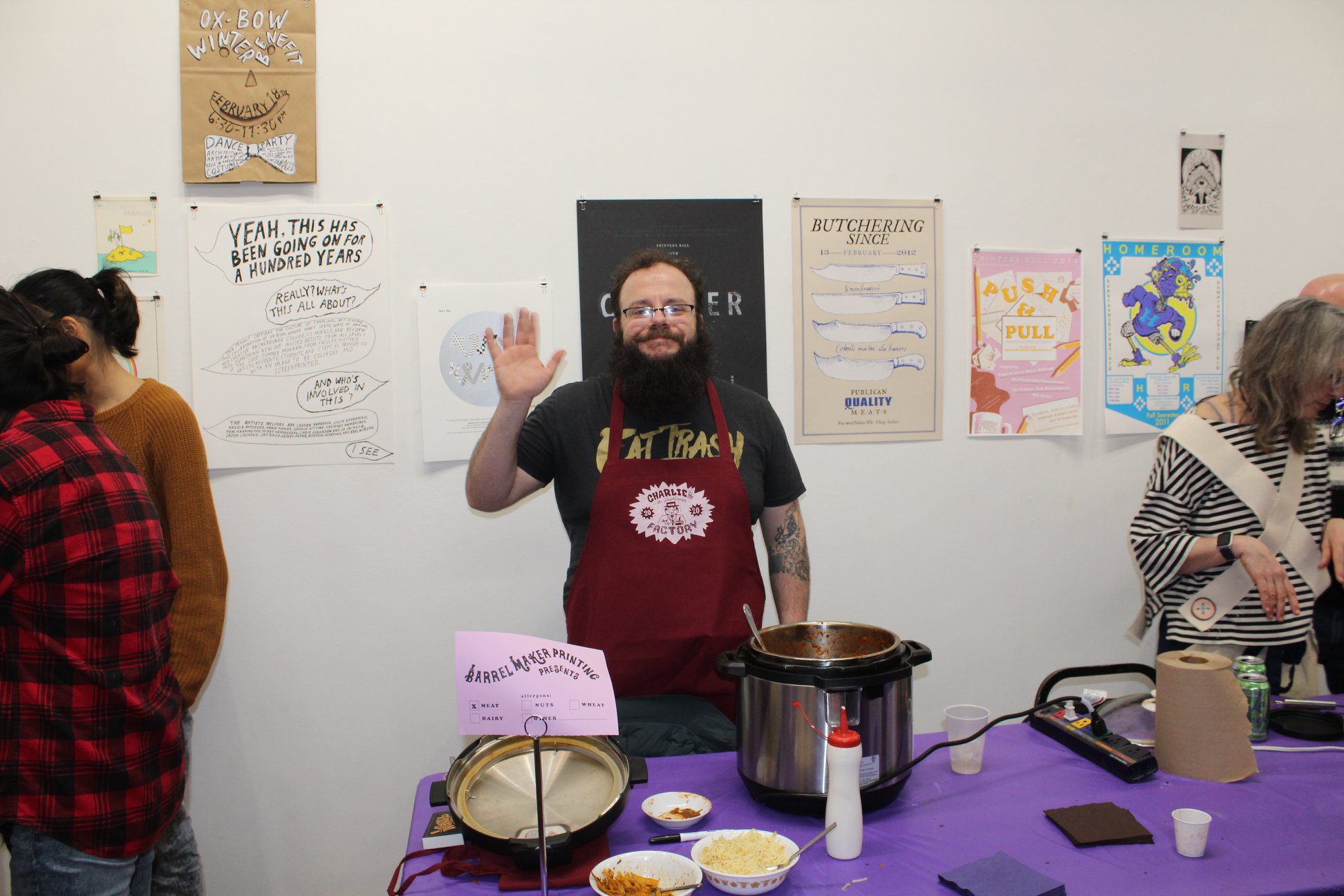 Tell me about the first virtual Hashbrown: what was the biggest challenge bringing this to life and what was the most exciting part of it?

Considering that the Hashbrown annual event started as a community potluck that later [became] a chili cook-off, it was challenging to translate coming together over food into a virtual environment. Another challenge is producing an online event that is exciting both for the Spudnik community and the general public, and making it stand out from the many virtual events that people can choose from.

The biggest challenge that we had also led to the most exciting part. We do not have a chili competition this year, but the event lineup is a fun and diverse group of different people who make up Spudnik and Chicago. We have Spudnik members, Spudnik staff, people from other Chicago organizations, as well as local small businesses.

Hosting a chili cook-off on site in a printmaking studio presents logistical challenges, and limits how many people can attend and what we can do. Moving to a virtual event allowed us to play around with its format and come up with some really fun video segments. Plus, the past year has shown us that we have a lot of supporters beyond Chicago such as printmakers from other cities, and artists and alumni who have moved away. For many people, this will be the first Hashbrown that they will be able to attend. 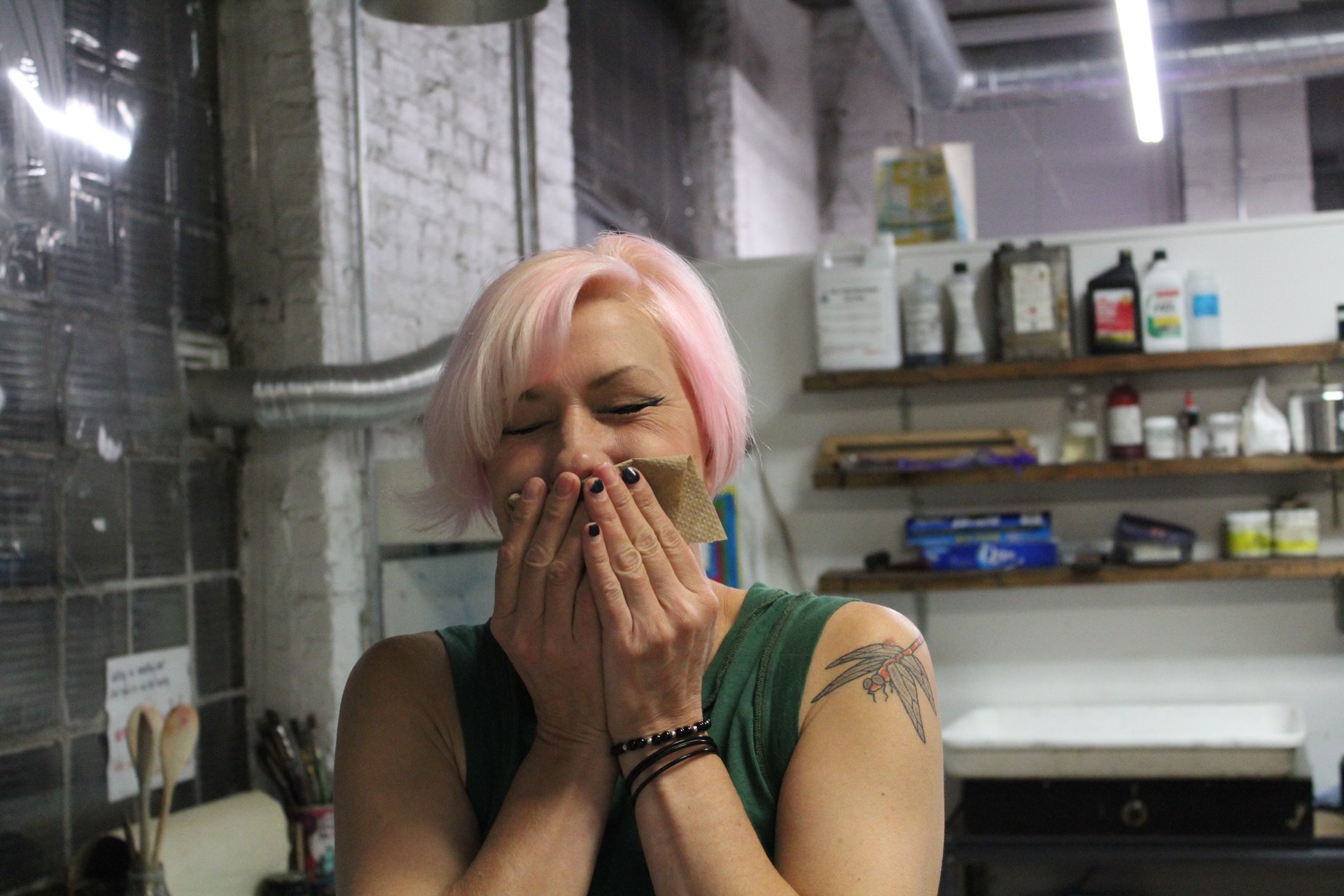 You’re on a mission to provide education, opportunities and accessible facilities to the diverse community of creatives in Chicago and beyond. Talk about the power of community in Chicago.

In many ways, the Hashbrown chili cook-off has been symbolic of the power of community. When the event began, all the chefs were printmakers. In time, the event expanded farther into a broad arts community with chefs like Comfort Station, CHIRP Radio, and Bad at Sports, food-related initiatives like the Corner Farm and Soup & Bread, and arts-related businesses like One Design and Metal Magic Interiors. The idiosyncratic line up of chefs shows what holds our creative community together.

The many people, projects and places in the Chicago creative community tend to work in synchronicity to allow spaces like Spudnik Press and the artists we work with to be resilient. We bolster each other’s efforts and collaborate to make a bigger impact. Over the past year, I have seen this type of collaboration or mutual support become an even bigger aspect of Chicago’s creative community. 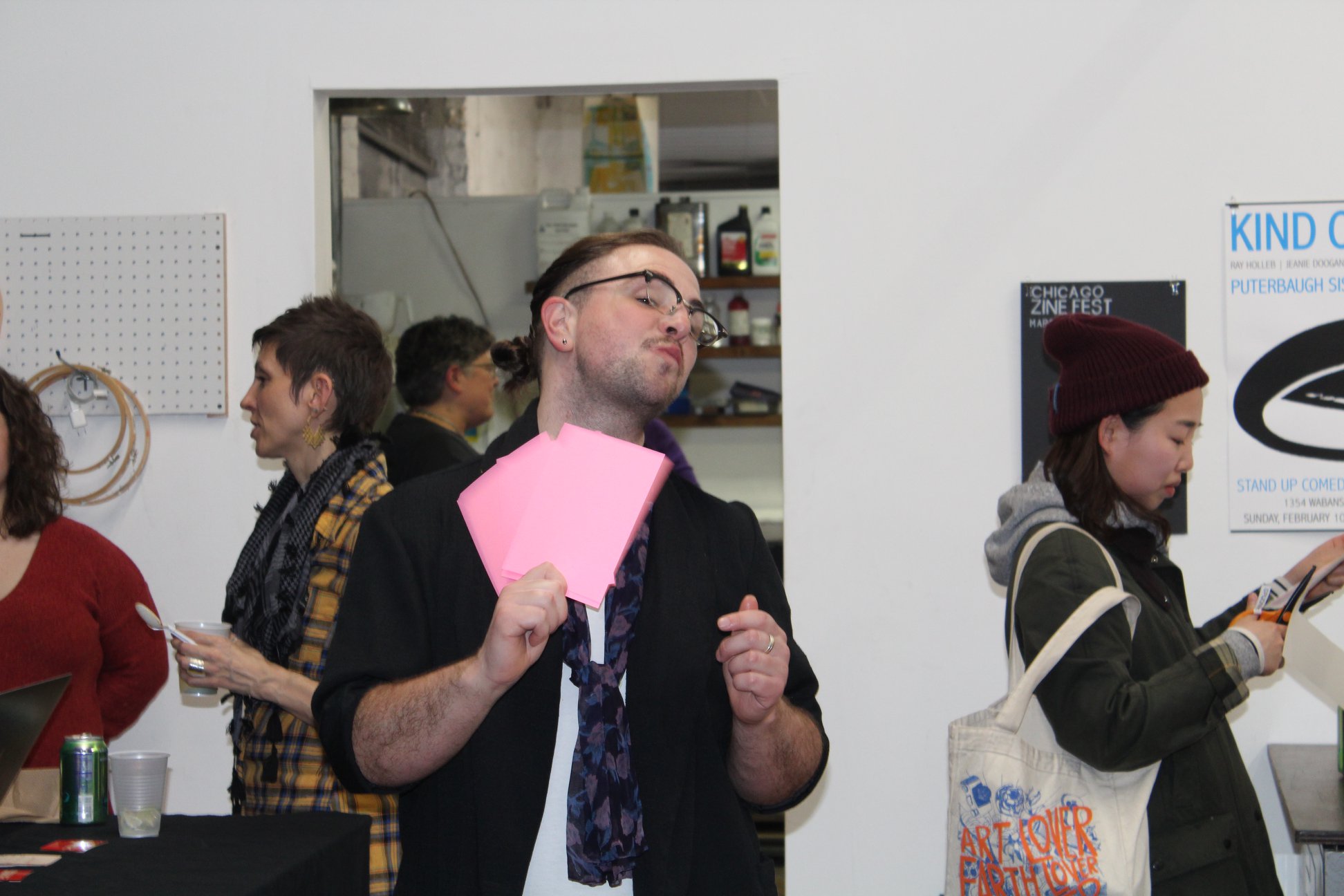 We are excited to see and interact with our community in real life again. Since late last summer, our studio has been open in a very limited capacity, allowing us to support the artists whose careers rely on our facilities and equipment. Group classes and public drop-in events remain suspended. We dearly miss our students, making art with people in person, the impromptu art conversations, and the casual skill-sharing that just doesn’t organically happen virtually. We are looking forward to very slowly and cautiously adding in-person events to our calendar and being creative about how to do this safely. Our staff have come up with lots of great ideas for outdoor printing, hybrid learning, and family offerings. We have more work to do to figure out exactly when and how we can kick off these in-person events.