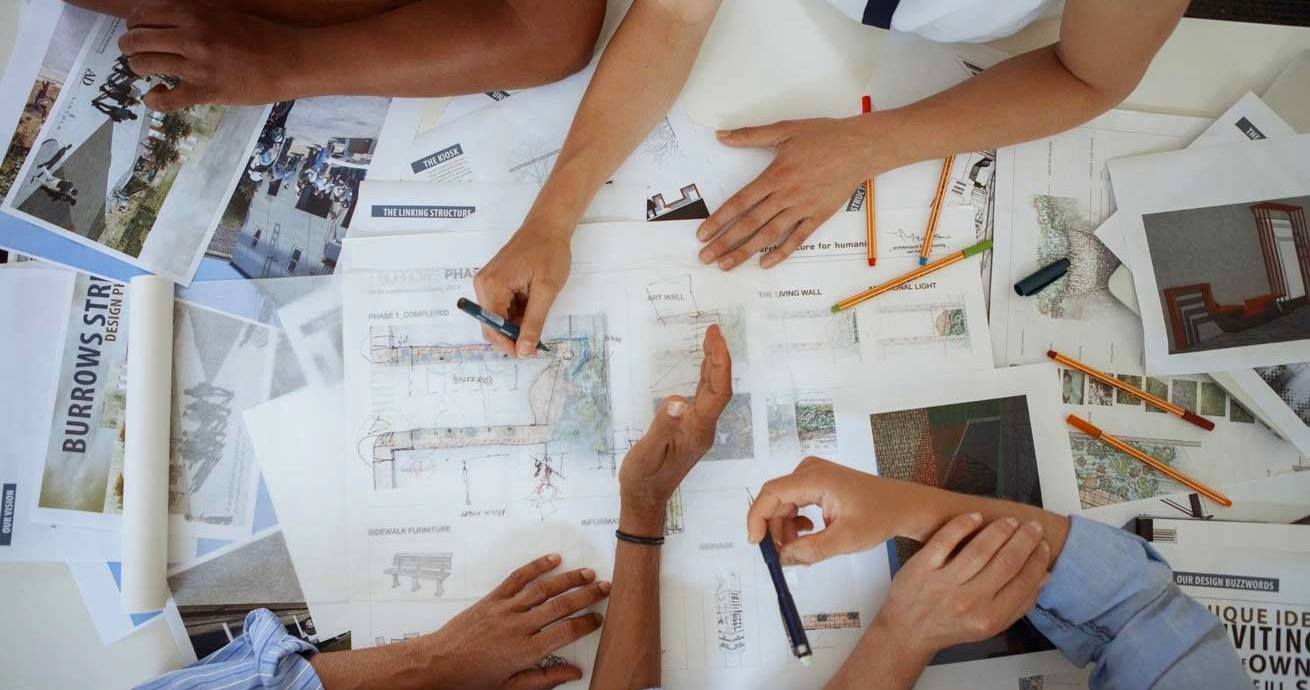 Open Architecture Chicago is the local chapter of The Open Architecture Collaborative, a nonprofit that aims to build community capacity and serve as an intermediary between professional practitioners and systemically marginalized communities. More specifically, the organization develops educational programming for designers and architects to grow as leaders and changemakers, while also producing placemaking programs with community developers and associations to inspire ownership and civic engagement. In the light of the upcoming Chicago Architecture Biennial, Craig Stevenson, co-chair for Open Architecture Chicago, which promotes equitable, human-centered, sustainable co-design within Chicago communities, discusses Under the Grid, a project led by artist Haman Cross with the goal of transforming lots under the elevated railroads connecting four train stations in Lawndale into a continuously evolving art exhibit and walkable greenway connecting parts of the city, Chicago’s past present and future, and why this year’s theme of the “Available City” is especially important metaphorically and practically. 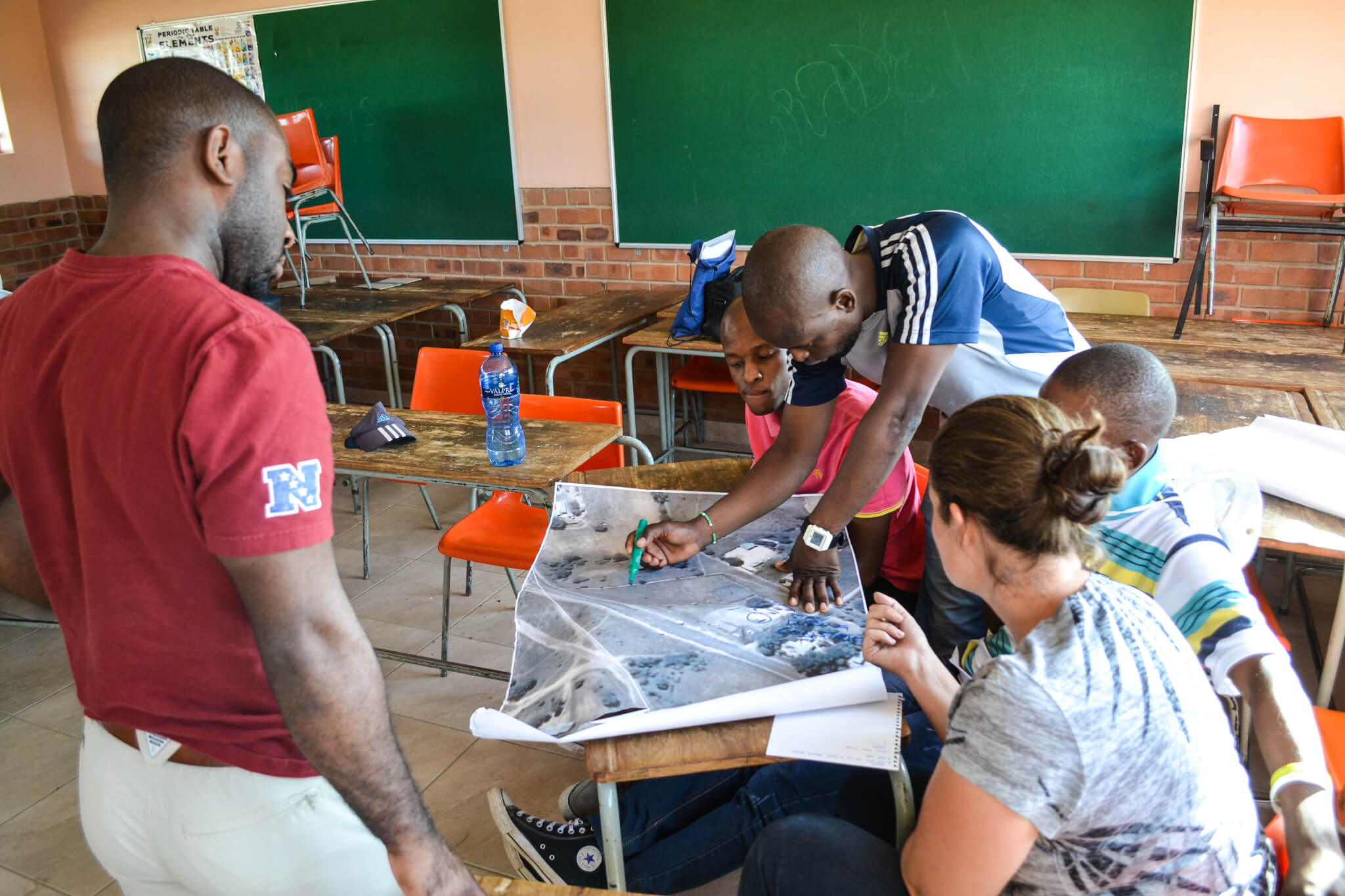 In what ways has your background prepared you and how will it inform your role at the upcoming Chicago Architecture Biennial?

Relationship building and community building. I entered Archeworks as a multidisciplinary artist and designer to learn participatory design. Our team worked in Little Village (South Lawndale) in 2009. I also was an educator in North Lawndale for several years. From the relationships in Lawndale (there is a movement for Black and brown unity not to divide the North and South Lawndale), eventually my twin brother Cory Stevenson and I and Open Architecture Chicago were able to partner with David Brown, “Available City,” Lincoln Park Zoo, the Chicago Park District, Firehouse Arts, Haman Cross, Eric Hotchkiss and Caroline O’Boyle of Trust for Public Land on the Douglass 18 Mini-golf course [project], which has been about a three-year process. This has allowed us to build relationships and understand the context to make Under the Grid successful. In some ways it has been over ten years of relationship building that is now coming to fruition. 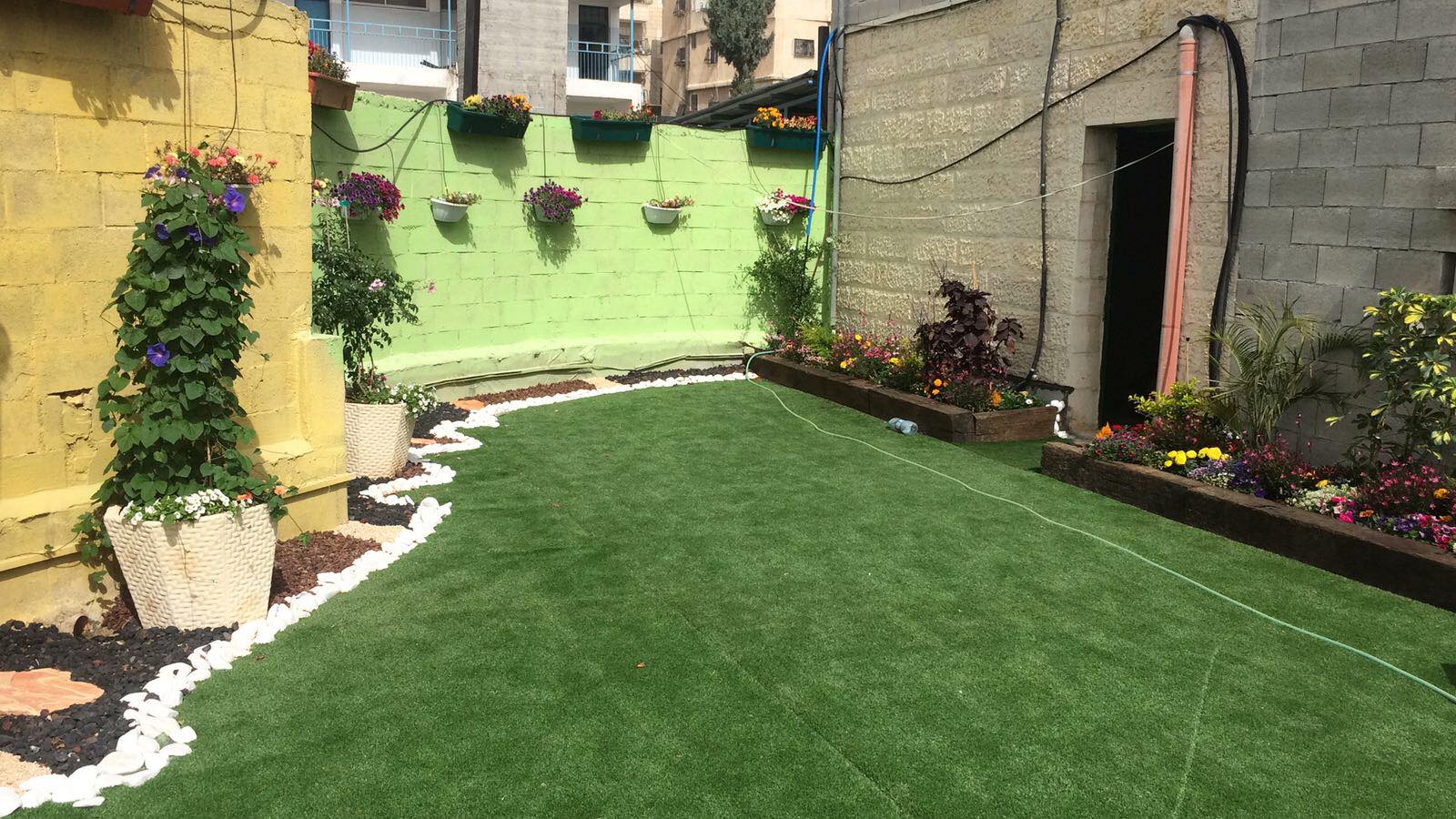 Can you talk about the importance of a festival like CAB amid a pandemic and a time of social and political unrest?

We have to remember that the social and political unrest is a response to around thirty years of disinvestment to the South and West Sides of Chicago. This year’s theme of the “Available City” is especially important metaphorically and practically. Metaphorically, anytime as a city you are divesting in people, then spatially, you cannot be reaching your fullest potential. Structural and systemic racism does not only starve out the human potential of BIPOC residents, but the city’s white residents as well. As Dr. Martin Luther King pointed out, the huge cost of segregated thought, action and unjust policy is societal and spiritual impoverishment.

Personally, I have always taken David Brown’s “Available City” as a metaphysical call to action to continue to create and anchor the beloved community spatially. What is “available,” is not only represented in form and materiality. And, practically, CAB and David Brown are very brave in pushing the conversation of the “Available City” outside of the Cultural Center and into marginalized communities that have been surfaced in global awareness by the pandemic and a time of social and political unrest. Theoretically, the conversations and experiments produced in these communities can coincide, inform, or be the impetus in tandem with the development by the Department of Planning. These communities are brimming with rich ideas, ingenuity and capable leaders and stewards who only need the same societal support that other city residents receive. 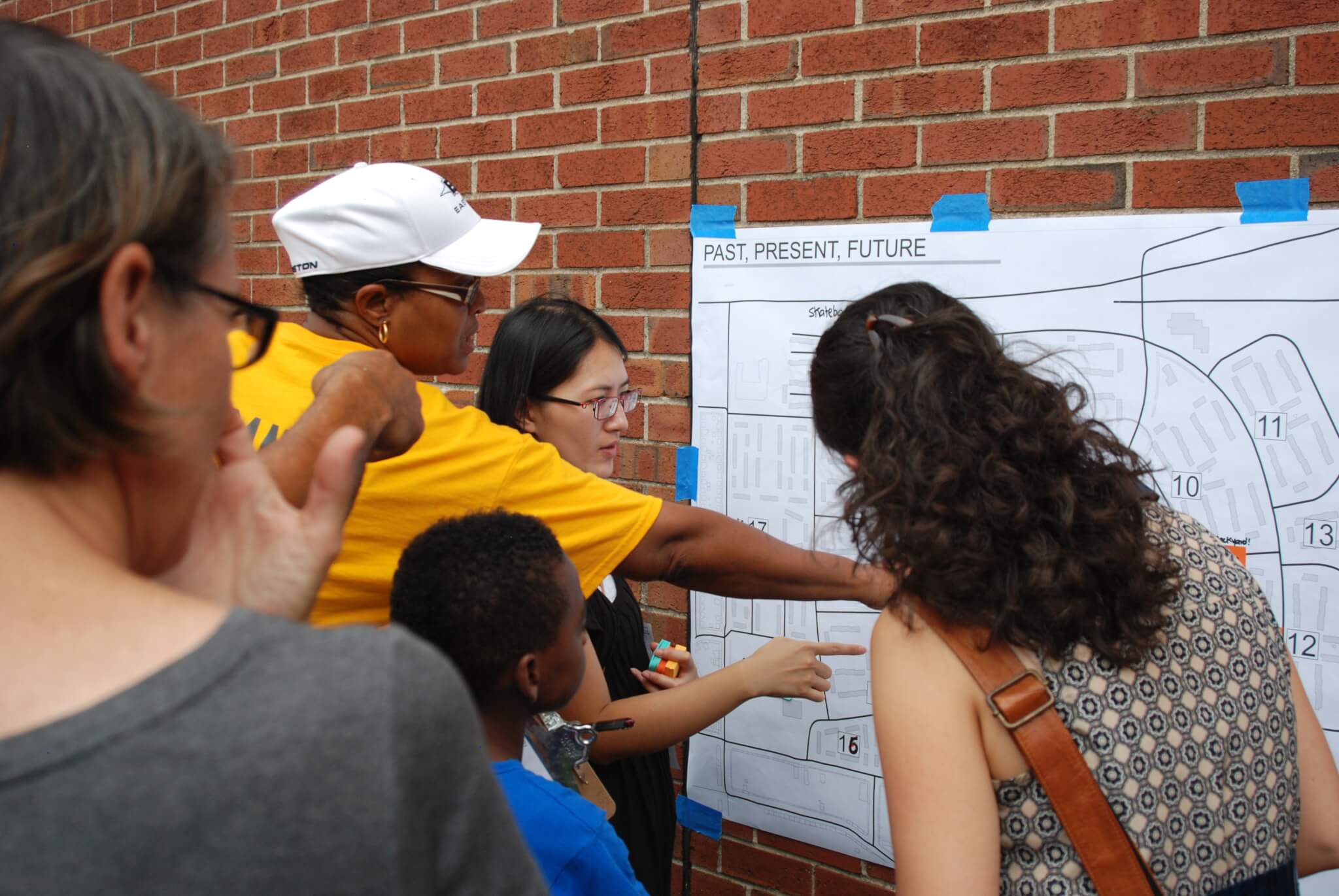 What are you hoping the viewers will take away from this exhibition?

I really hope that viewers understand how collaborative and innovative community leaders and designers from the South and West Sides of the city are and have been. We keep loving the city and fighting for its true potential. Chicago is an emergent hub for different types of architectural and systemic practices. I don’t know if the rest of our design communities are watching or recognizing the voices and practitioners who do not fit the traditional pedigree, but they are doing the work, and given the opportunity to scale it, has the ability to create a great impact. 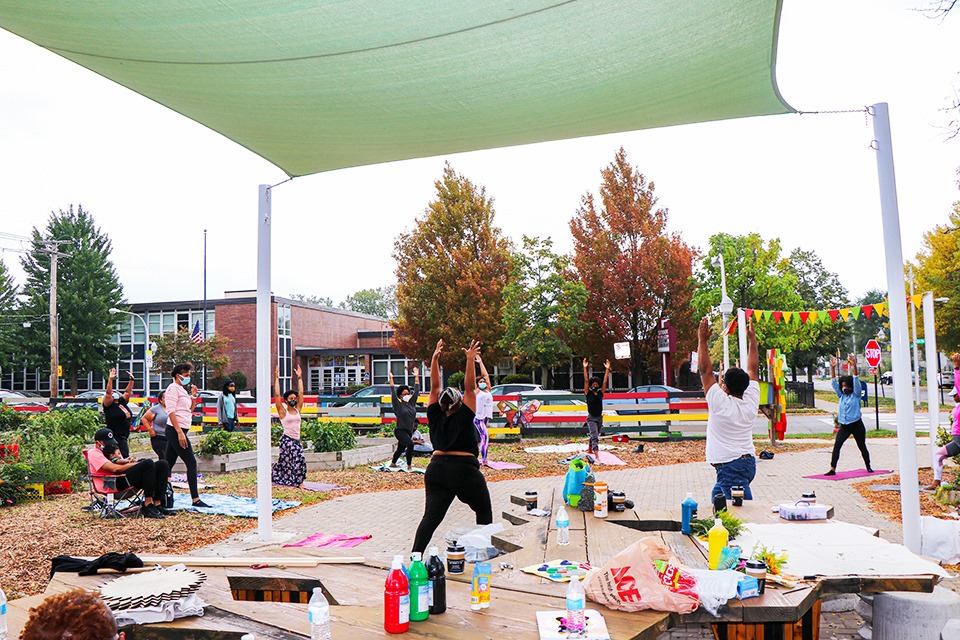 I’m excited about the young people who are getting introduced to this work with Under the Grid. Almost every project has some sort of true youth or community-led component. At Open Architecture Chicago we like to use the term “everyday designer.” We love to point back to the communities that we work with and say you are really the ones doing the work. It is a multigenerational effort to build a thriving community. To see the faces of individuals when their creative ideas manifest, and better the lives of others, especially beyond our own imagination and intentionality, is why we do the work.

Get to know the 2021 Chicago Architecture Biennial contributors in Newcity’s ongoing series at design.newcity.com