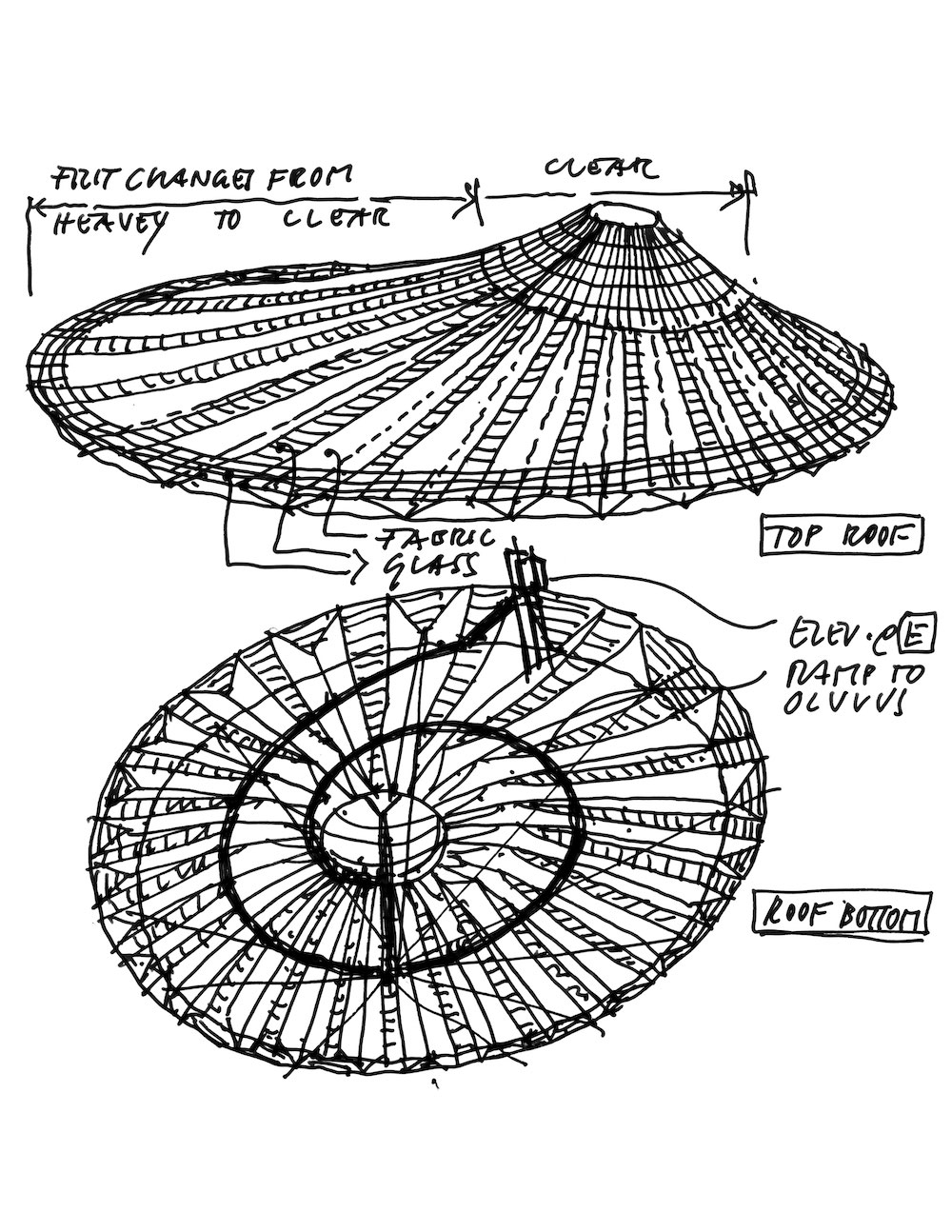 For most Chicagoans, and visitors to the city, Helmut Jahn’s architecture is probably most recognizable from one of two places: O’Hare airport’s United Airlines Terminal and especially the undulating underground walkway with collaborator Michael Hayden’s neon light sculpture and mirrored ceiling; and his State of Illinois Center in Chicago, known as the Thompson Center since 1985. But of course, there has always been much more to Jahn’s significant body of work than just these two structures.

The exhibition at The Chicago Architecture Center is “not a retrospective,” admonishes Michael Wood, senior director of program strategy, but is intended to reiterate for the public the full, international scope of Jahn’s work. In fact, the move to organize an exhibition around Jahn’s life and legacy came together almost instantly following the architect’s death at eighty-one on May 8 of this year in a bicycle collision with oncoming traffic. “He liked to ride fast,” says Wood, and something in that fast-paced, daredevil lifestyle continues to echo in the work he leaves behind. 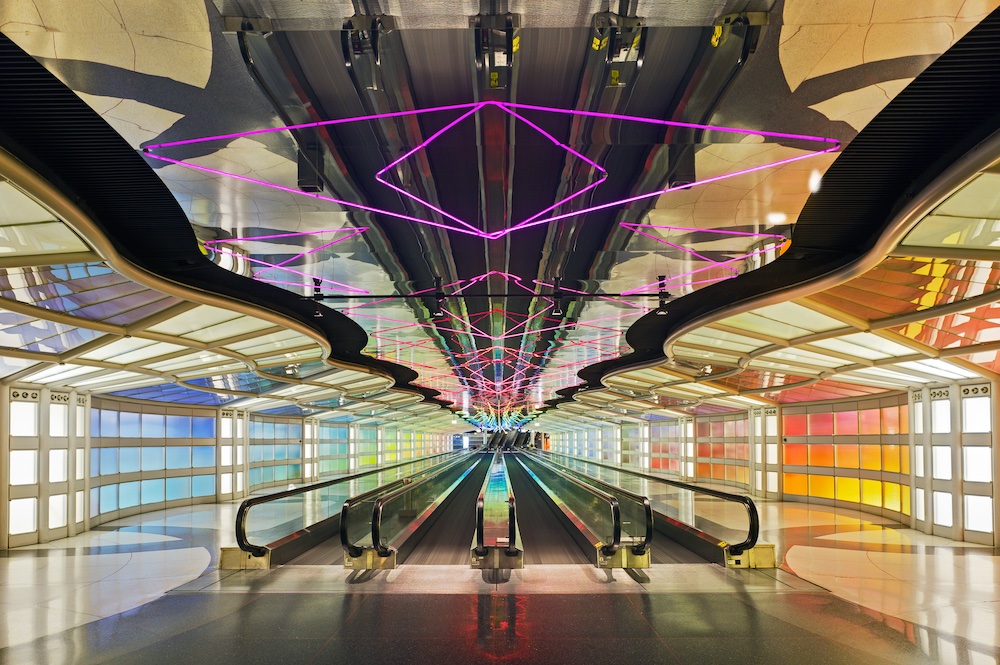 “Though Jahn is typically considered a postmodern architect, his high-tech stylizations place him in a long line of heroic late modernist architecture,” says architect and SITE/less co-founder David Sundry, “beginning with Jean Prouvé and Archigram, (in the 1930s and 1960s respectively) and continuing with Richard Rogers, Norman Foster, Renzo Piano and the Japanese Metabolists.”

Located on the second floor of the Architecture Center, the exhibit is wrapped by a printed floor-to-ceiling timeline of Jahn’s life and accomplishments, including personal anecdotes, testimonials by colleagues and contemporaries, photographs and a video interview conducted by the Center. One of the most touching passages comes from Jahn’s son, Evan Jahn, who remembers that “a favorite saying of his was ‘the future is never wrong.’ That optimism permeated everything he did in work and in life.”

In addition, mock-up scale models and maquettes fill out the room in vitrines, flanked by expository display texts on the history, construction details and contexts of the structures presented. Looking through this array of buildings, including the Shanghai Stock Exchange and the Pritzker Military Archives and Memorial Park Center (with its striking, bold red line drawings), something of that aforementioned optimism emerges in the intimacy of his residential designs. The 2003 design for his State Street Village provided student housing at the Illinois Institute of Technology, which was ultimately responsible for “repositioning IIT as a residential university.” His Margot and Harold Schiff Residences (2007) with its perforated stainless steel facade elevated notions of what public housing for the homeless could be.

There’s also his Seven Oaks Farm, the private residence Jahn built for himself and his wife Deborah Jahn, a “world-renowned horse trainer.” Their repurposing of the barn is a breathtaking adaptation to the needs of a training and breeding center that’s almost chapel-like, with its glue-laminated timber arches and all-wood interiors. Here, you can sense the person who needed a place to get away for quiet contemplation too, for reflection in open spaces and time with nature. 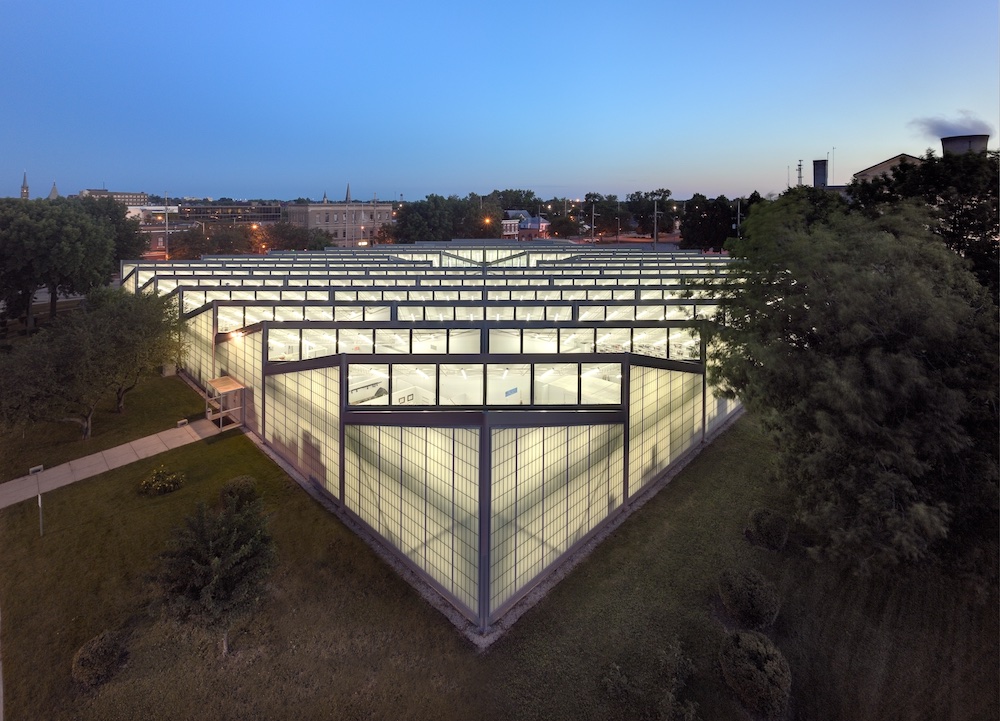 Against this background, it’s disheartening that controversy over the fate of the Thompson Center persists, with the structure still the subject of an intense debate with champions on the one hand arguing for historic preservation, and others opting straight for demolition. “His Illinois State Center in Chicago… is a soaring gothic interior bathed in cheap commercial colors of salmon pink and robin’s-egg blue—an open public forum—a type of [design that] realized its full potential in the exterior elliptical enclosure of the Sony Center in Berlin (1998),” David Sundry points out.

And that’s clearly much of what’s at stake here in the moment: the effort to keep his international legacy front-and-center for those who aren’t aware of it, provide a platform to educate audiences, and give us more of a glimpse into the life of the man behind the legacy. 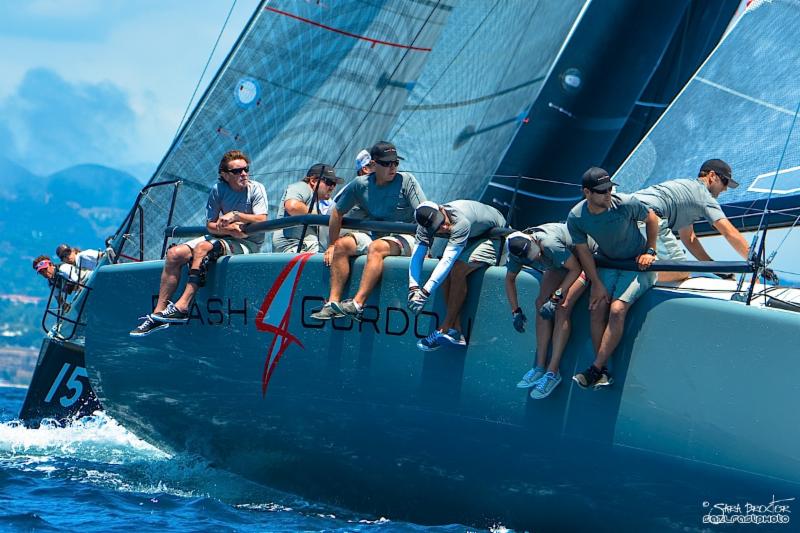 “Despite early criticism of Jahn for the failings of the mechanical systems, the major problems plaguing the Thompson Center are the unintended restricted access and mismanagement of the public space by the state,” Sundry argues. Resonant as it is with his international approach, it’s a deeply humanist design. Yes, maybe an all-glass greenhouse-style building wasn’t the most practical solution for a place with Chicago’s intensely hot-boxed concrete summers, but its skylight is unabashedly magnificent, a primordial omphalos crowning the city’s transit system leading straight upward into an eternity of open sky welcoming all. “It is highly unlikely that its demolition will result in any new building or building type that is as visionary and inclusive. Its replacement will be built by accountants,” Sundry says. 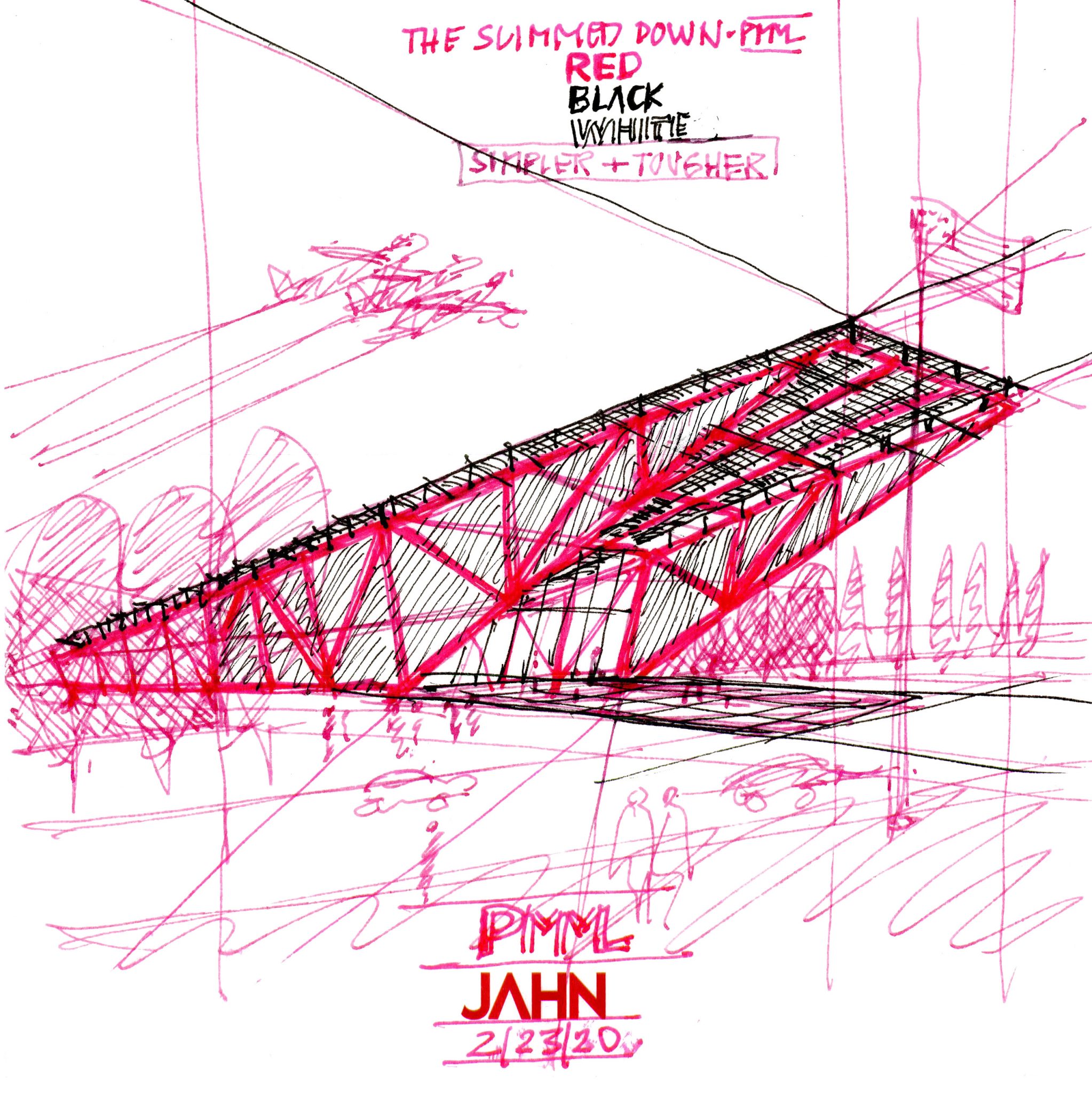 Indeed, as stated in a wall text at the beginning of the exhibition, written by Aaron Betsky, director of the School of Architecture + Design at Virginia Tech, “We better save the Thompson Center, which is not only one of his greatest designs, but one of the few true celebrations of government as a public good.”