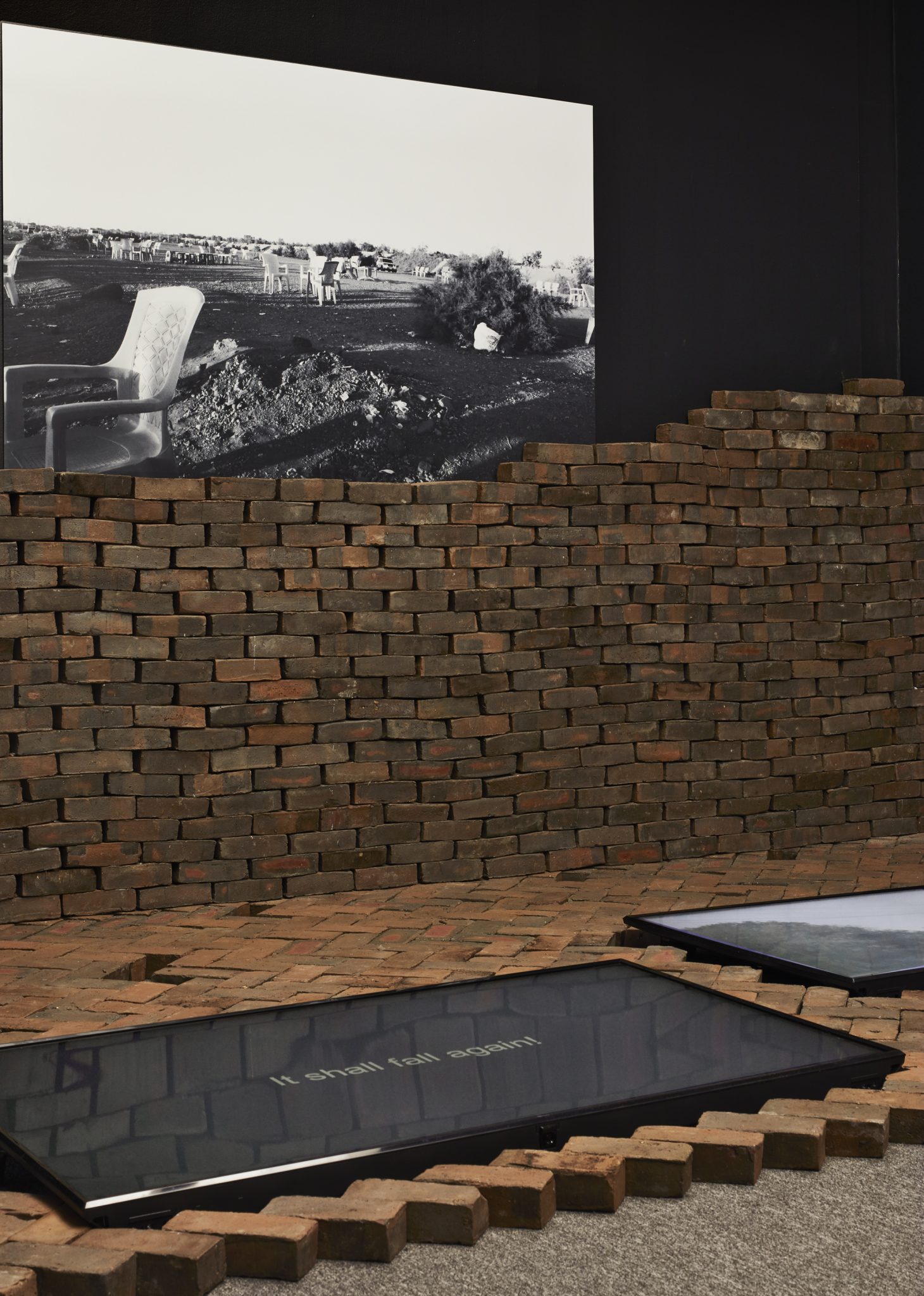 Ola Hassanain, “A Thought of the Outside​,” 2019. Courtesy of Chicago Architecture Biennial​ /Photo: Kendall McCaugherty

Every other autumn since 2015, the Chicago Architecture Biennial has brought on a flurry of installations and events to the Chicago Cultural Center, filling the galleries and atria. Often even the stairways and corridors of the downtown “People’s Palace” have been replete with objects and installations that also extended to partner host institutions—until now. The fourth edition, “The Available City,” will not be sited at the DCASE building, but rather in dispersed locations throughout the city, mostly on the South and West Sides. The curatorial framework emerges from artistic director David Brown’s long-term project of the same name working with neighborhood organizations to study and reimagine uses for Chicago’s vast number of vacant lots. In the spirit of Brown’s project, the Biennial will concentrate on programming rather than installations, connecting practitioners and community organizations already invested in transforming urban land. This format has the potential to rethink the role of architectural exhibitions and to address key criticisms of the “biennial industrial complex” that have become more salient as this exhibition genre has proliferated globally. 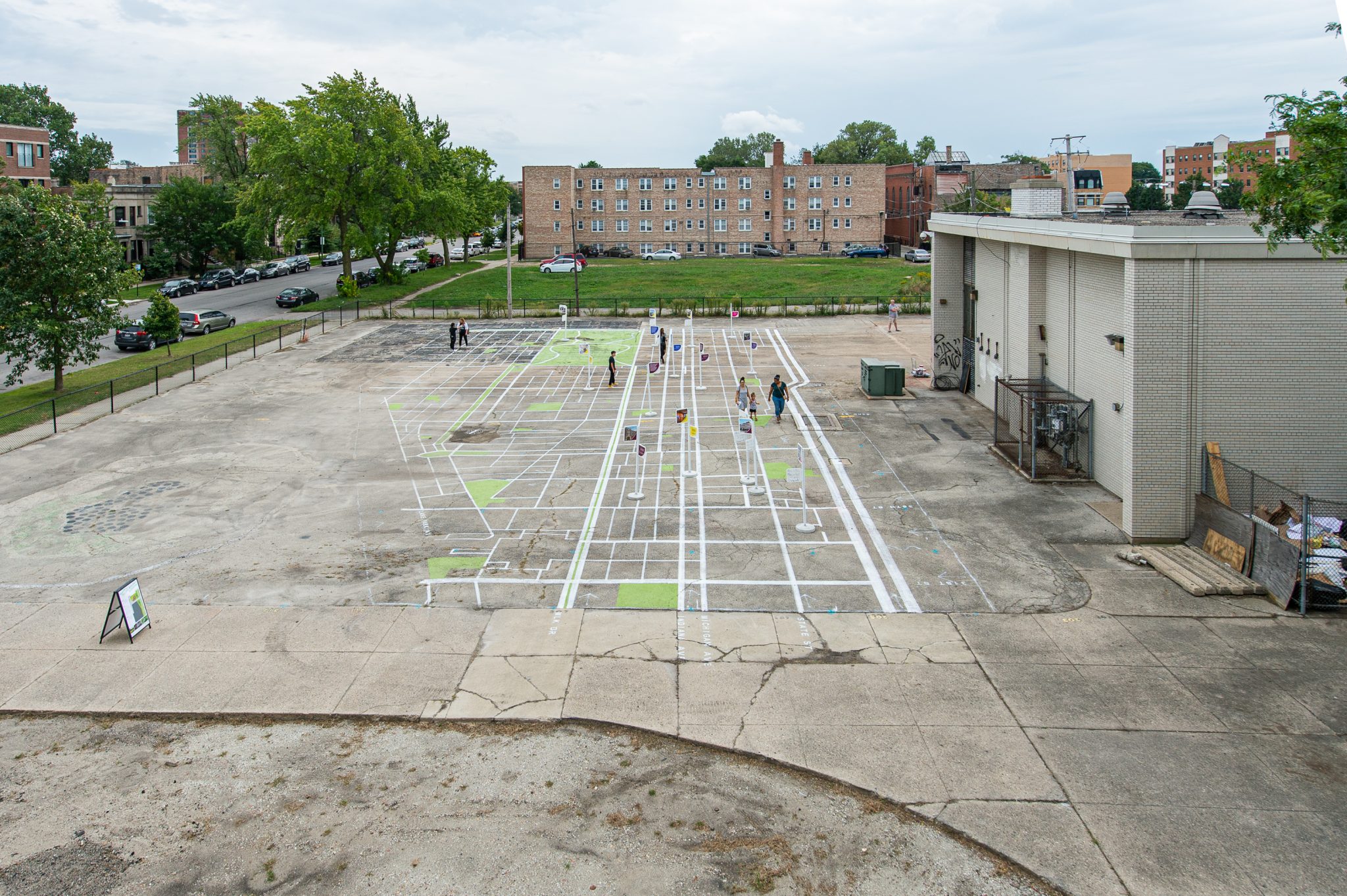 “The Available City” shares some ideas and tactics with previous editions, particularly 2019’s “…and other such stories.” With only three editions, CAB’s identity is still developing. Each edition has varied greatly in the number of invited participants, the kinds of contributions sought, and the relationship to other sites and institutions in the city. Starting with a broad and voluminous survey in 2015 (“The State of the Art of Architecture”), followed by an ever-larger exhibition with a slightly more defined theme in 2017 (“Make New History”), CAB seemed poised to become a typical international biennial: a massive fair-like showcase geared toward industry professionals, composed largely of traditional architectural objects such as models and renderings, and focused on growth and attendance as metrics of success. Things took a turn in the 2019 edition, for which I worked as curatorial fellow. The third edition had a smaller cohort of contributors (renamed from “participants”—a term that included the audience in many of the commissioned projects), a greater presence of artworks, non-representational pieces, and research. “…and other such stories” placed program-based contributions at the same level as installations, but most importantly, it introduced four additional locations in the South and Near West Sides as core exhibition sites. 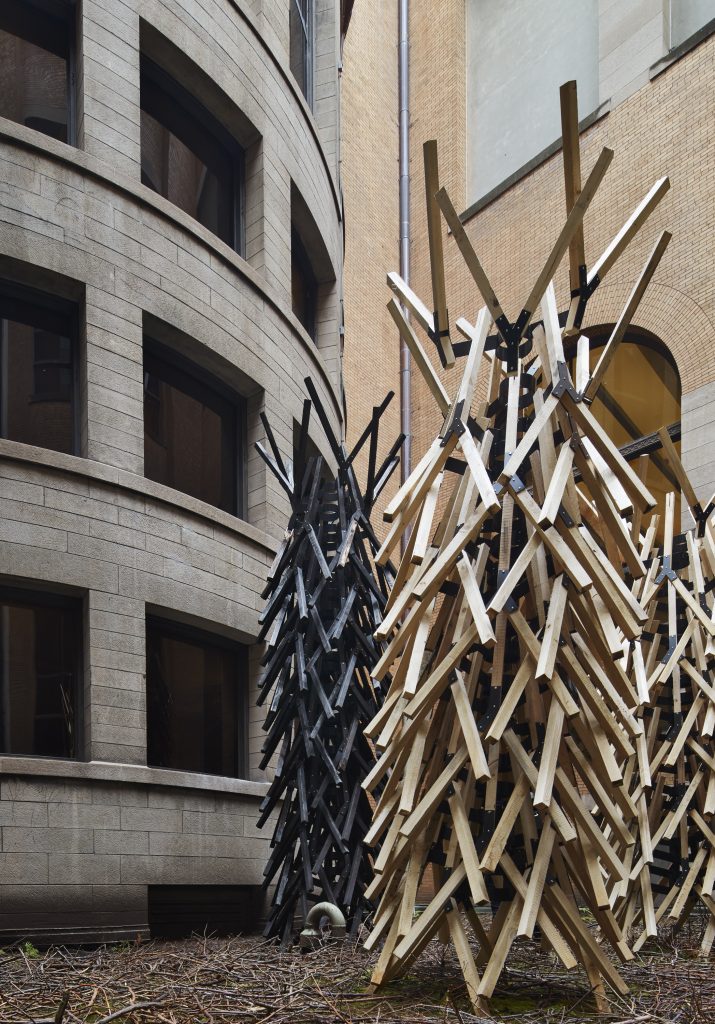 The 2019 curators sought to shift the Biennial’s aim from exhibition objects to, they hoped, more grounded and long-lasting effects. They attempted to devise projects that would benefit contributors’ ongoing practices in their own homes, or to foster relationships and connections that would outlast the short span of the exhibition. The curatorial framework operated with a more inclusive view of architecture, arguing that all inhabitants of a place are spatial practitioners, makers of our own environments. Yet it was criticized for reading too much like an art exhibition; making a critical statement about the field but failing to include more architectural and planning practices that addressed practically the issues and geographies in discussion. Ultimately, despite the intention to redirect Biennial resources to contributors’ work on the ground, the gallery display format provided few real mechanisms to do so beyond raising awareness.

By rejecting altogether the exhibition-hall format, “The Available City” makes emplacement and participation the center of the curatorial framework. This edition will engage sites in North Lawndale, Woodlawn, Bronzeville, Pilsen, South Loop, the Loop and Edgewater in partnership with practitioners who already work in those locations. Contributors include mostly architects and planners, in addition to neighborhood- or community-based organizations. The contributions, it seems, are often program-based, including performances and workshops that invite a more local audience to activate those sites. With relatively few contributors and a robust calendar of partner programs, this edition opens itself up to the many other initiatives in the city that align with the curatorial framework—very much in keeping with Brown’s interest in the diverse, diffused and improvised uses of vacant spaces. This approach allows the Biennial to build a substantial schedule on a notably smaller budget. Intentionally or not, this could suggest a less wasteful, more sustainable, and more ethical pathway for an exhibition with beleaguered funding sources in dirty energy. 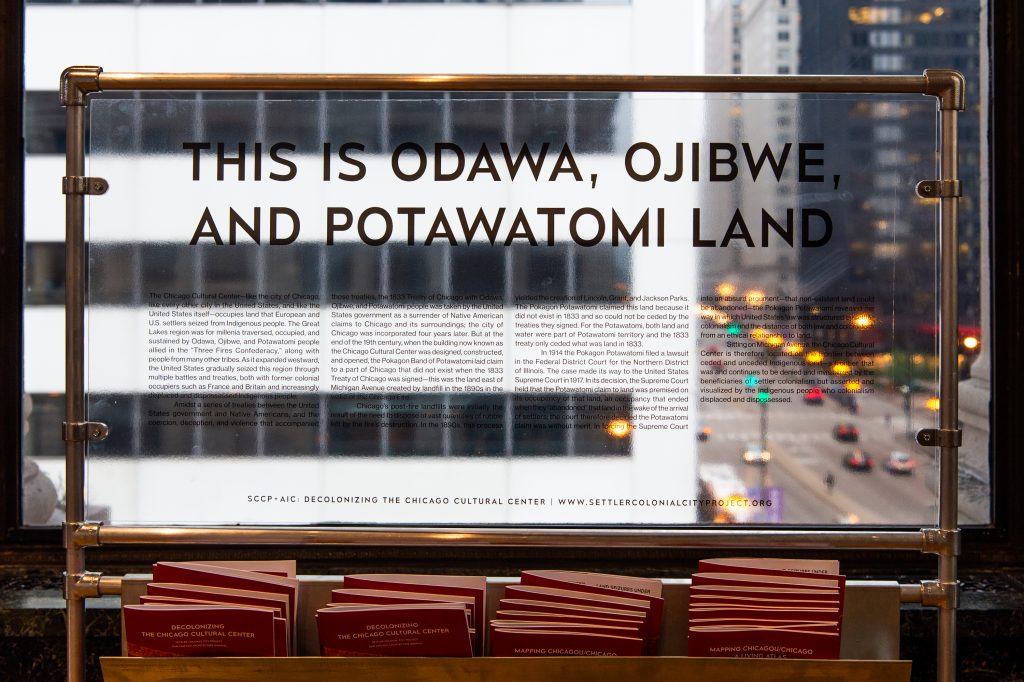 Finally, this decentralized model is arguably better aligned with movements in contemporary architecture, as the field turns toward research, collective processes and environmental concerns. If a fine-arts-style exhibition might be suitable for architectural practices that can be represented by drawings, renderings and scale models, a site-based, program-oriented series better serves spatial practitioners—architects or not—whose work is participatory, community-based, improvisational or research-led. In this sense, “The Available City” has the potential to redefine the role of architecture exhibitions, shifting from displaying products, images and visual concepts to supporting projects within ongoing spatial practices.

If successful, “The Available City” will open up moments for learning and interpersonal connection with lasting effects for the contributors’ communities in Chicago and beyond. When truly led by those communities and stakeholders, and done with sensibility and care, the programming can take the Biennial’s relationship to the city beyond tourism and civic pride. If the Biennial continues in this direction, we could have an exhibition of much broader public participation and educational impact, following the lead of shows like the São Paulo Art Biennial. I am looking forward to attending this year’s programs and am eager to see how audiences will engage. I hope it can provide one model for a more sustainable, responsible and responsive biennial, and a more purposeful architecture exhibition.