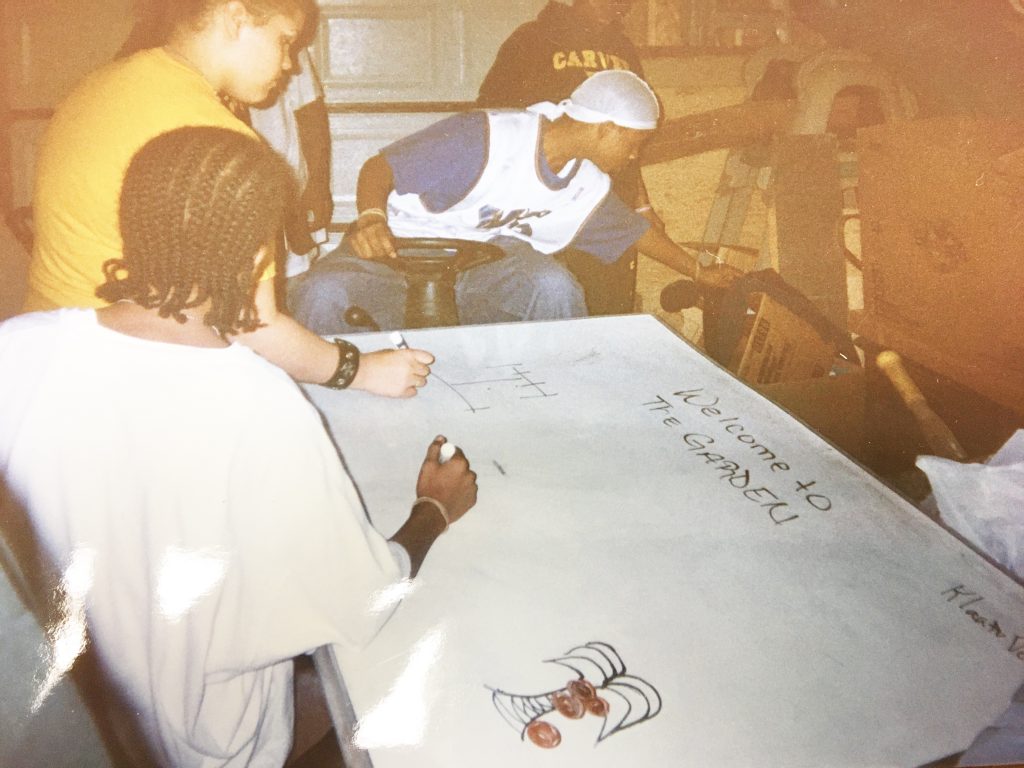 For this year’s edition of the Chicago Architecture Biennial, “The Available City,” the curatorial framework will bring together in conversation urgent urban issues through architecture, design and local interventions. Focusing their attention on the vast amount of city-owned vacant lots in Chicago, “The Available City” intervenes in disinvested communities, hand-in-hand with local and international designers.

While the idea of a participatory approach to design is nothing new, “The Available City” proposes to use the Biennial as a starting point for alliances between community-led organizations and external institutions to create content, that is to say, spatial interventions aimed to endure beyond the timeline of exhibition in the neighborhoods of the South and West Side of the city. This edition uses the decades-long economic and social neglect of these particular areas as grounds for creative experimentation to imagine possibilities for “education, arts and culture, health and wellness, business urban agriculture and affordable housing.” It pairs the idea of equity and sustainability with community participation. By doing so, this year’s Biennial asks us to think on the contemporary crisis of our institutions’ and disciplines’ inability to respond to the urgency of our times, even as they cling to their historically constructed relevance. 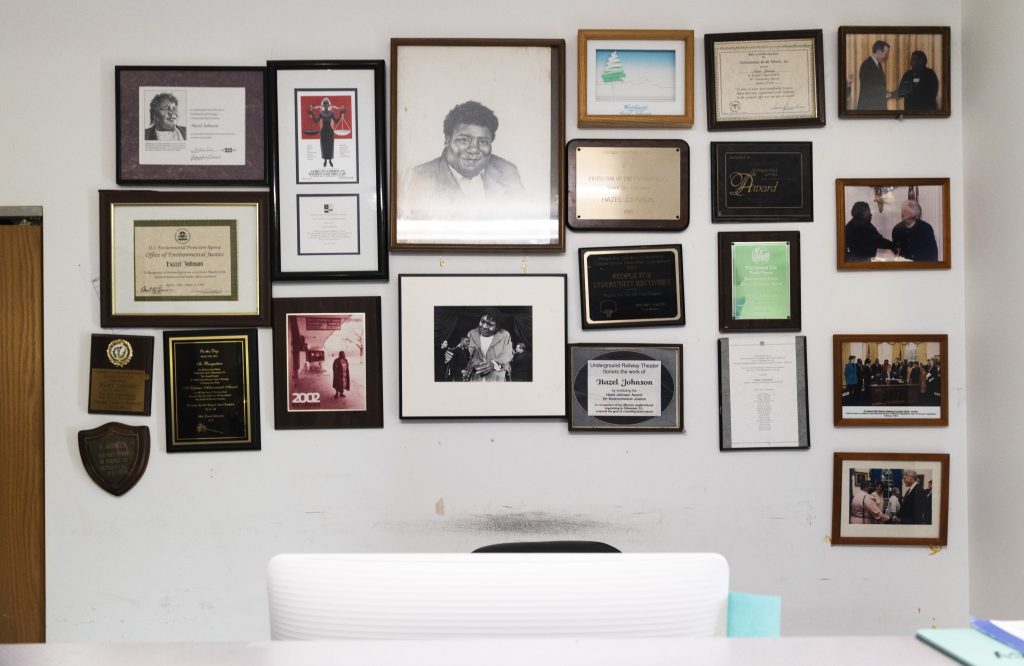 Eyal Weizman writes in his introduction to Markus Miessen’s “The Nightmare of Participation”: “The dilemma of participation/collaboration implies a closed system in which the options available for choice, and those who present them, cannot be challenged. Seeking to force the subject into compliance, a set of alternatives might thus be posed in such a way that ‘free-subjects,’ choosing for their interests in moderating harm, would end up serving the aims of this power.” What Weizman suggests is that an “inclusive” dialogue between asymmetrical positions within established power dynamics does not necessarily imply new or different possibilities.

Ideas of inclusion and equity, with a focus on marginalized subjects, are symptomatic of our impotence toward any form of substantial transformation within policy-making and the forces of market interests shaping our cities. By choosing to think of the marginalized and the disinvested as an opportunity for experimentation, the discipline of architecture has resigned itself to keep up the dichotomies of economic and urban development inherited from the long nineteenth century. While, of course, investment in marginalized communities is not ethically bankrupt, we must ask, when can we aim to experiment the other way around; is it possible to do so with the ones in power? The resignation to use sites of historical racialization and economic segregation as grounds for possibilities for a new world (hello from Chicago, Latin America!) tell more about the current incapacity of our discipline to effectively intervene, transform and abolish the kinds of dynamics, patrons and institutions that produced these places and conditions in the first place.

There is, however, outside of the Biennial’s scope, a case I found that is to be followed, advocated for, supported and learned from. Many Chicagoans recognize that the history and birthplace of the environmental justice movement started in this city. In the far South Side of Chicago, Altgeld Gardens and People for Community Recovery (PCR)—an organization founded by Hazel Johnson, have been fighting against toxic dumps, unregulated industry and other environmental threats for decades. Although these threats have led to many lives lost in a neighborhood that is almost entirely Black, community members are committed to fighting not only for their own well-being, but also for the well-being of future generations.

As part of their strategy, PCR started after-school workshops where they teach young people how to farm a garden. During my tour of Altgeld Gardens with Cheryl Johnson, PCR’s deputy director, she mentioned that the produce of the garden was thrown away, as it was not safe for human consumption because of the heavy metals in the soil. Yet tending to this garden remains an important activity in PCR’s work toward educating young community members about the importance of environmental stewardship. I was blown away by the genius of it; this simple garden may not be useful as a food source, but it sure is useful as an educational strategy! 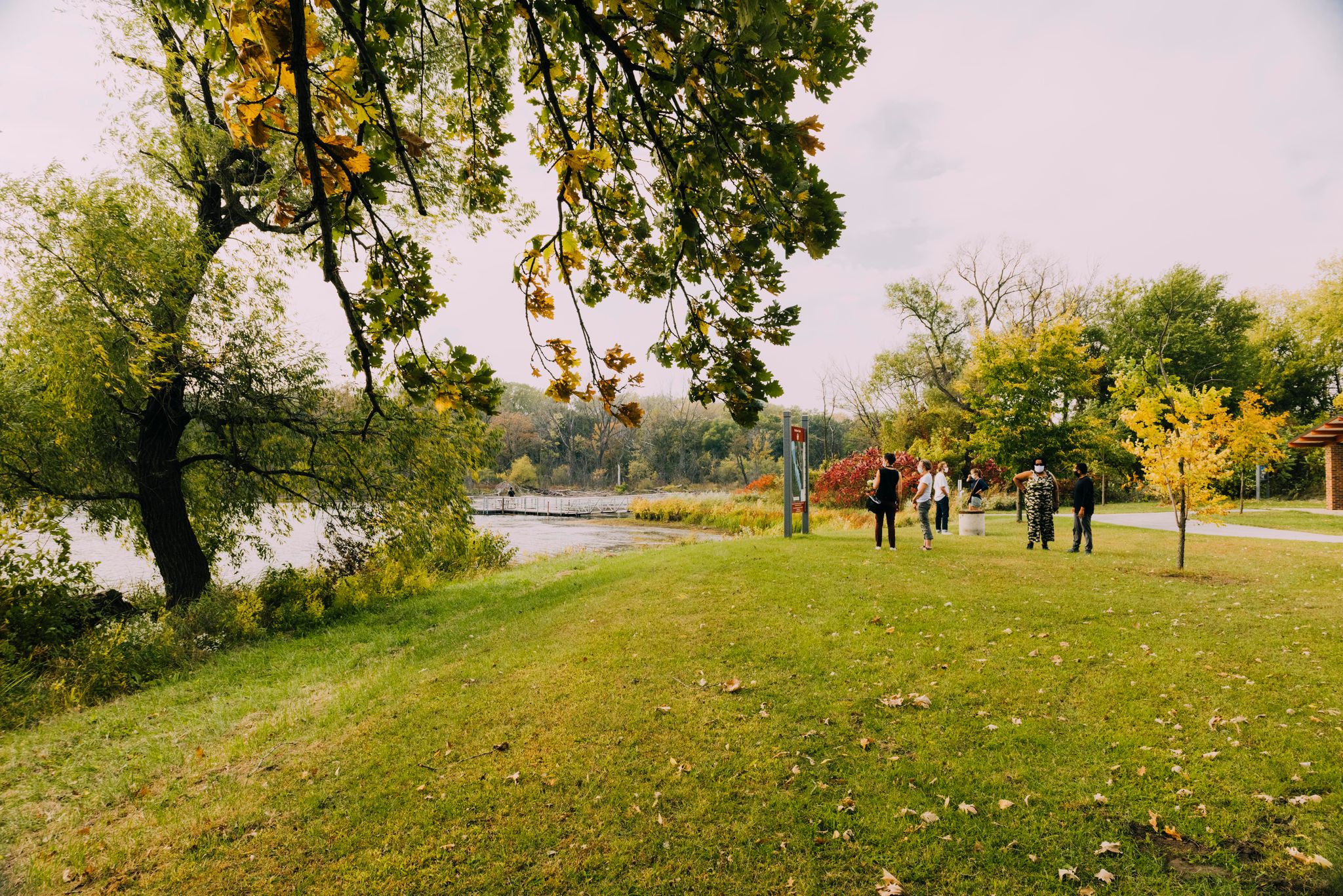 The story doesn’t end there because—even more radically—Johnson, with the help of her allies, are working to see the fruition of her mother’s vision: the Hazel Johnson Environmental Institute, a place they imagine as a high-end research and educational laboratory dedicated to the repair of hazards produced by the industries surrounding Altgeld Gardens. This institute would produce jobs, while equipping residents with the tools to turn environmental conditions around through a total engagement with the site. Ultimately, Johnson envisions the Hazel Johnson Environmental Institute providing a training program that could inspire individuals to change the cultures and practices of the offending industries from the inside out. For if not in Altgeld, where else?

While we should celebrate the efforts of the Chicago Architecture Biennial to generate necessary alliances between local and external actors, we should question its directionality by expanding the scope of our conversation and imagination in order to challenge the discipline to experiment and transform the muddy grounds it has produced through its complicity with forms of governance and instruments of financial speculation. As we all know, the future is at stake as well as around the corner. Yet, it appears we are getting distracted and complacent by trying to ease our conscience; we’re trying too hard to prove that we are able to do good for the ones in need. The threats to our collective futures reside in a culture of excess that propagates glass boxes and lush gardens; these are the habits that are in dire need of transformation. Consequently, we should ask ourselves if we are making the sort of intervention that will aid in the possibility of self-determination within marginalized communities, rather than engaging in mere strategy to thicken a firm’s portfolio, because if it does—what is the cost we are willing to pay?

The case of Altgeld Gardens shows us that radical imagination, lobbying and challenging power directly can go hand-in-hand with the making of a garden. The tactical garden started by People for Community Recovery is made not just with wood and soil, but with a deep conceptual undertaking of what it means to become a radical subject beyond the realms of any disciplinary or social framework. It asks us to reconsider the roots of our discontents and the ways we address them. Beyond any unfruitful moralistic positions, the will to intervene directly in an oppressive system and its infrastructures is fundamental. Taken with ethical rigor, the results of this form of advocacy and lobbying can serve to manage the existing and future-threatening conditions of our world with a deeper understanding of how we ended up here, while avoiding the same mistakes at all costs.

I look forward to seeing the possibilities that the Biennial will set in motion, while wondering at the same time if these possibilities will escape the theater of participation as an illusory mediation of bureaucratic time and discursive vanity, rather than replicate the tragedy of hearing but not listening carefully.