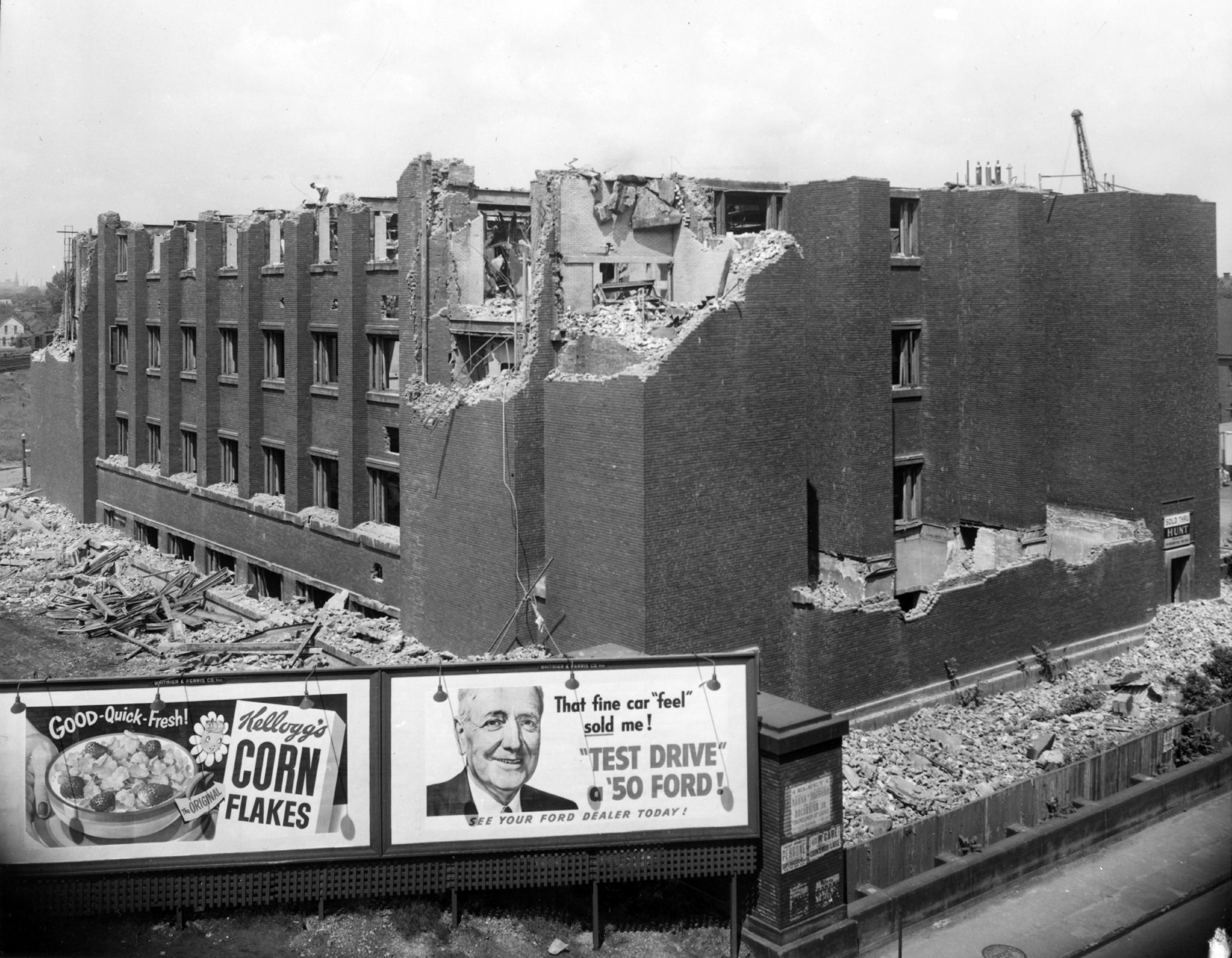 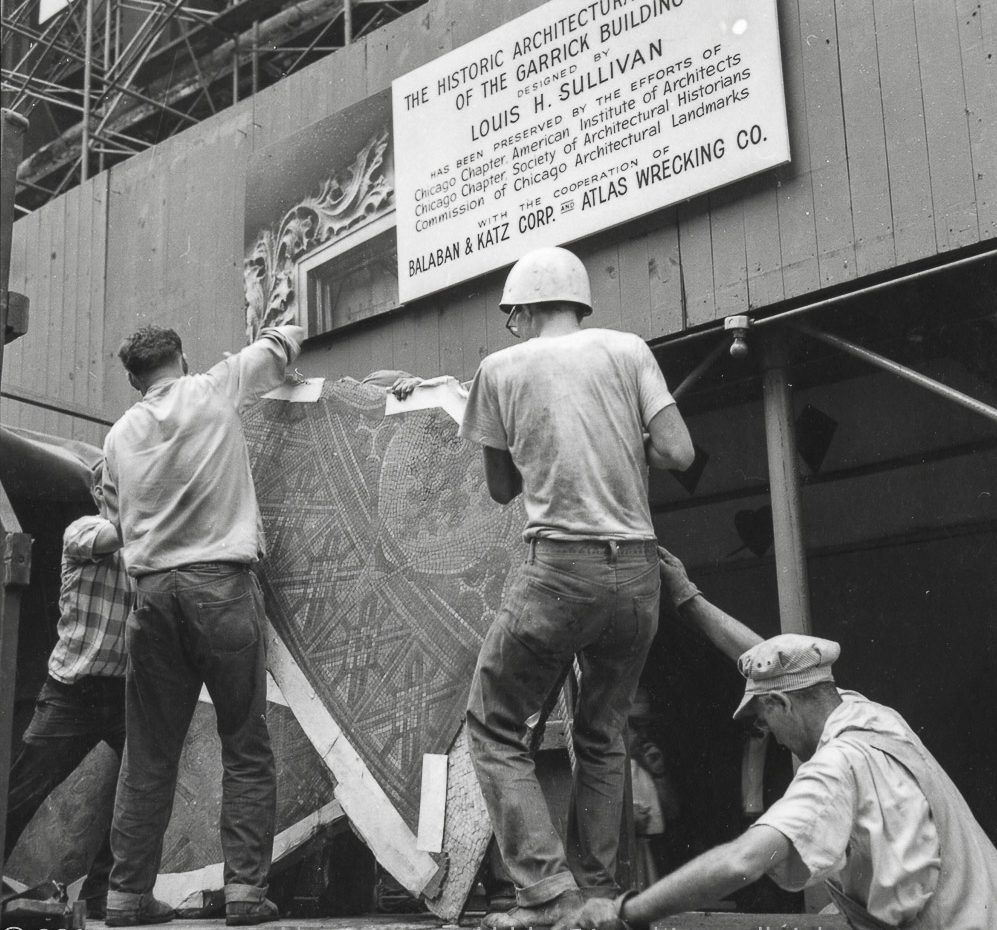 Larkin: A Modern Cathedral of Commerce

The Larkin Administrative Building was designed and built at the turn of the twentieth century to serve as the headquarters of the Larkin Soap Company, a mail-order conglomerate based in Buffalo, New York. The construction marked a significant shift in Wright’s architectural practice from domestic to commercial structures. The building was expensive and showy yet imbued with a humble and utilitarian work ethic. There was a conservatory on the top floor, and the building boasted numerous technological innovations including a mechanism for melting snow off of the roof in the winter. 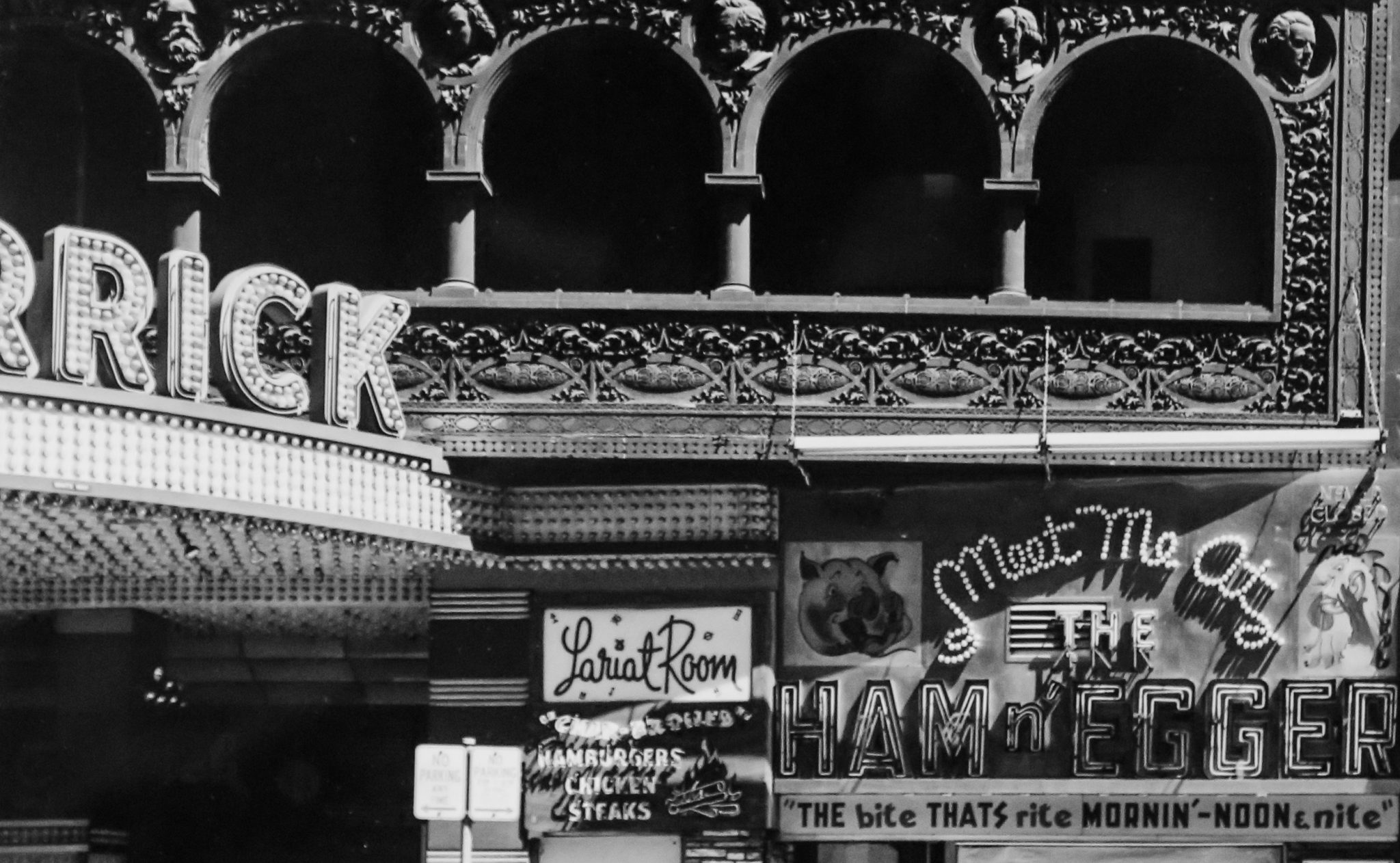 Katz uses the Larkin as a case study for his conception of “Protestant Modernism,” which essentially means motivational architecture. He writes that the building celebrates “the marriage between Arts-and-Crafts ideologies [​​simplicity, utility and beauty] and new technologies during a time of increasing industrialization.” Katz situates Wright as a pragmatic and utopian architect, viewing buildings as a means to better the lives of those it serves. Katz posits that the Larkin building itself was ideologically imbued with work ethic as part of a company culture that nurtured productivity. Motivational text was inscribed on the wall in triplets, espousing values such as “generosity, altruism, sacrifice” and “imagination, judgement, initiative.” Wright, opines Katz, believed that “a building could be a mechanism through which you could achieve your highest potential.”

In addition to providing a home base at the forefront of luxury and technology, the Larkin company championed what we now call “perks”—quality-of-life benefits for its workers. The coffee break allegedly originated at Larkin, which also featured an in-house restaurant where meals were served at cost. This was somewhat cheekily described by curators as the equivalent of ping-pong tables at modern Google facilities, in the same breath as describing Larkin as “the original Amazon.” Wright’s fatal design error was customizing the building to a fault; considered too specific to be repurposed, it was demolished in 1950. 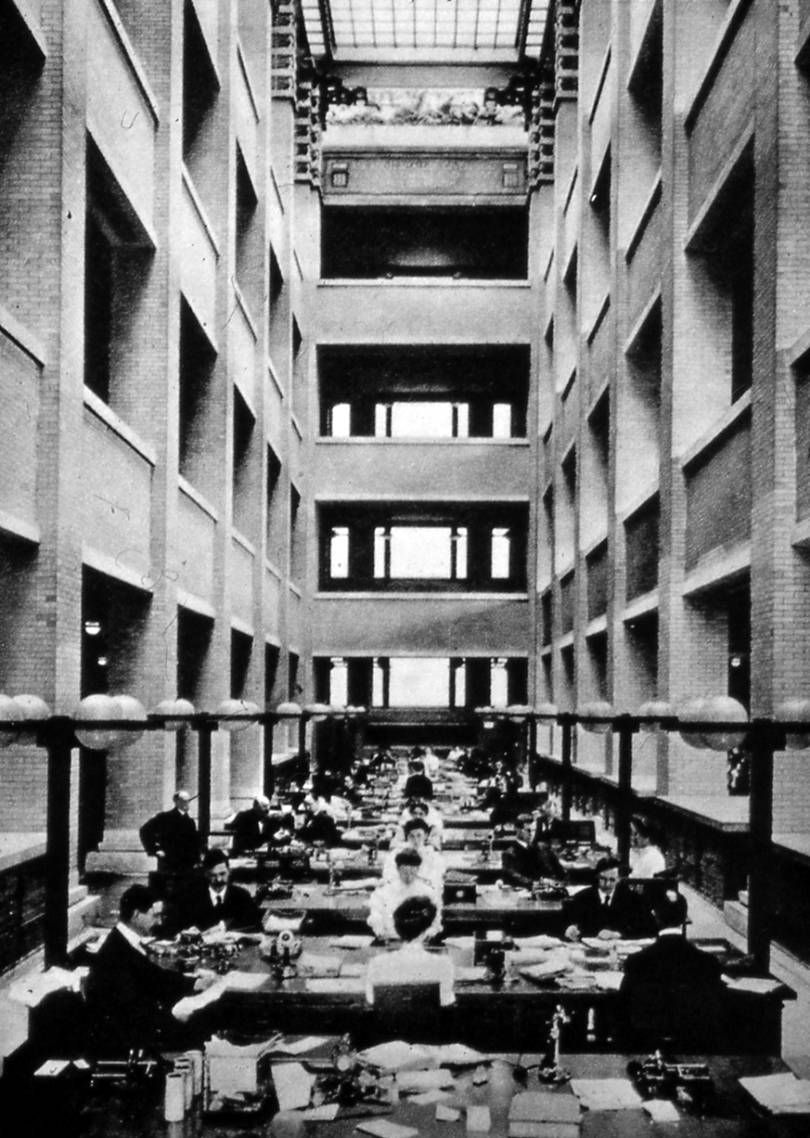 The Life and Death of the Garrick Theater

The second and third floors of Wrightwood 659 are dedicated to a theatrical, immersive installation historicizing Chicago’s Garrick Theatre (fka Schiller Theatre), designed by Dankmar Adler and Louis Sullivan. The pair had made a name for themselves pioneering the building structure that came to be known as the skyscraper. The Garrick opened in 1892, the year before the World’s Fair came to Chicago. Originally conceived as a German opera house—or was it a hotel?—the hotly contested but poorly archived edifice was lauded for successfully fusing technological utility, and beauty and creativity—or, as Sullivan famously called it, form and function. 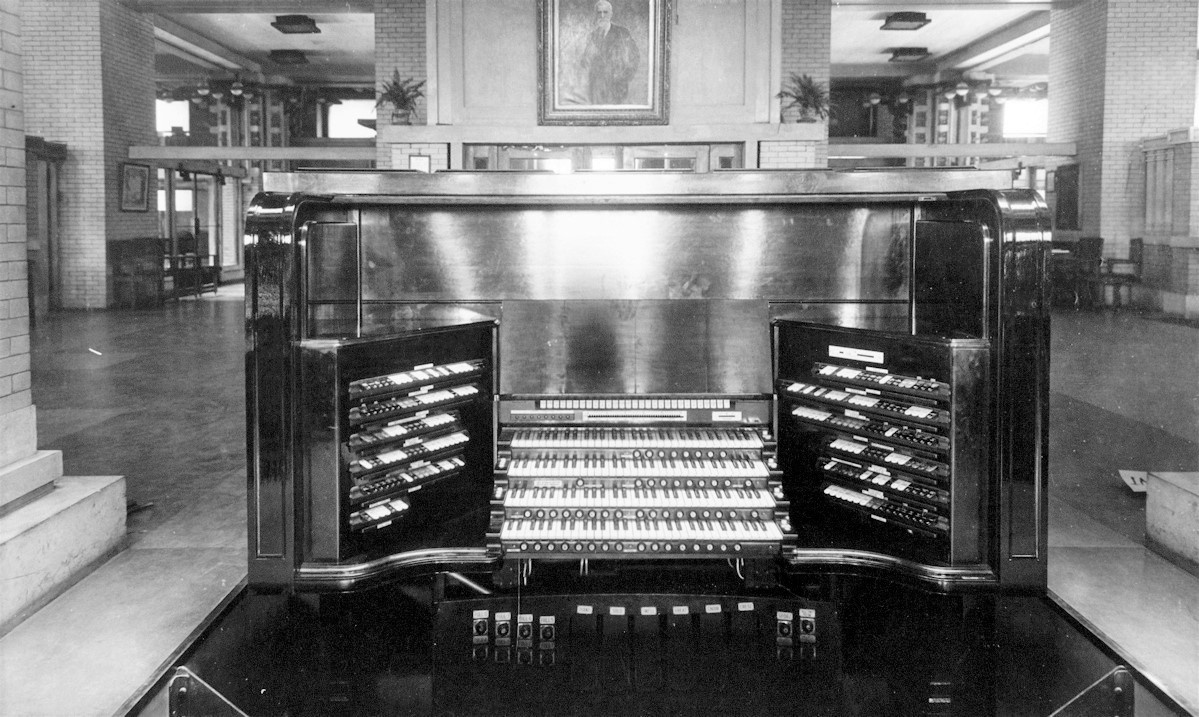 If the story of the Larkin is one of productivity, the story of the Garrick is one of obsession. The Garrick is widely considered patient zero of the modern historic preservation movement, with the building’s long-suffering proponent and preservationist—Richard Nickel—serving as its patron saint. Nickel devoted his life to the documentation and preservation of Adler & Sullivan buildings. Exhibition curator Vinci protested on behalf of preservation alongside Nickel. In addition to picketing, Vinci aided Nickel in his relentless salvaging of the building’s ornamentation—scavenging chunks of marble and terra cotta displayed at Wrightwood alongside reproductions and other ephemera. Their work led to the 1968 passing of the Chicago Landmark Ordinance. The field of conservation remains indebted to them. 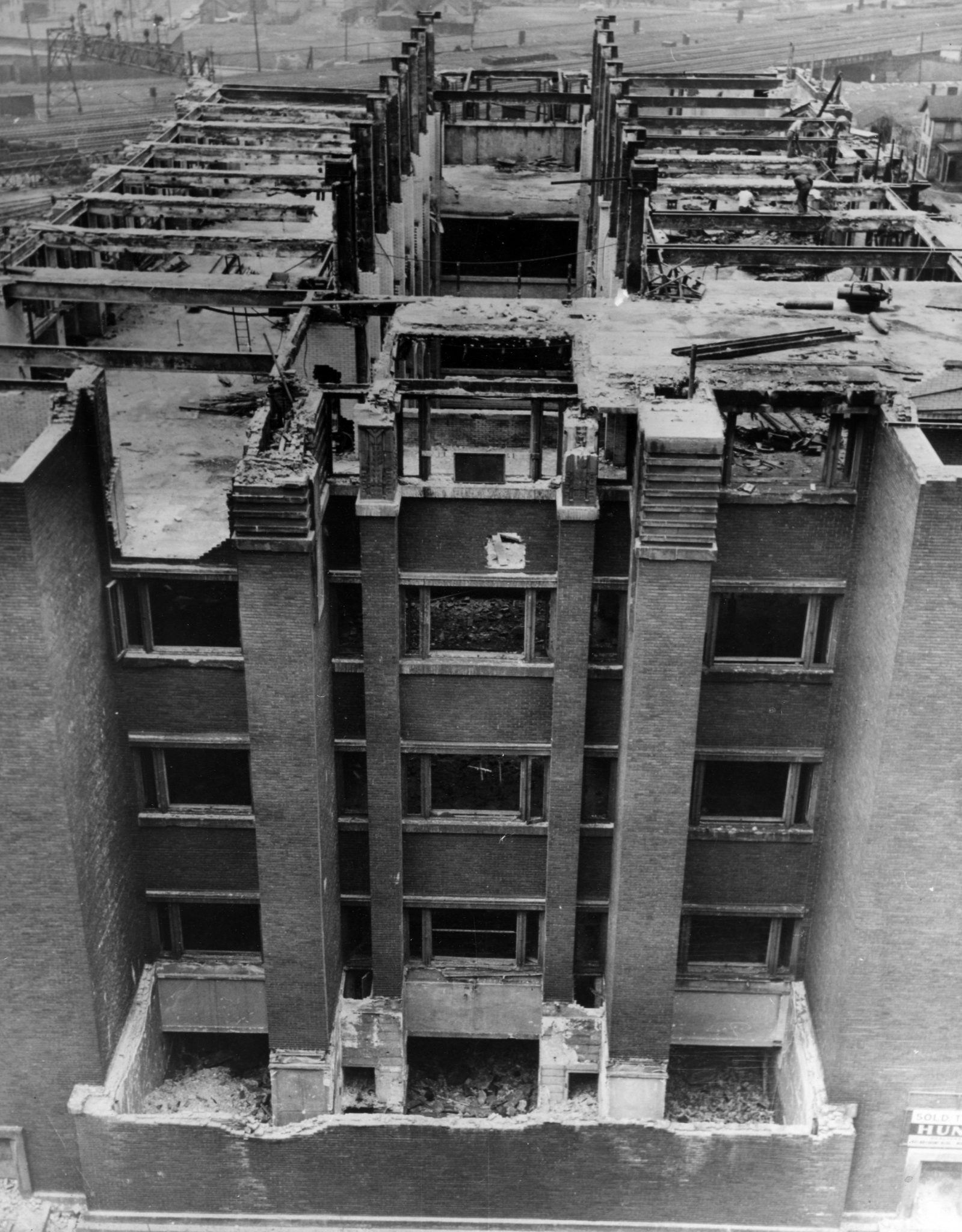 Vinci, aided by Tim Samuelson (the people’s cultural historian) and exhibition designer Chris Ware (renowned graphic artist) have created a living, breathing exhibition in memoriam. The first floor of the show reanimates the dramatic, moody colors originally used to produce an enchanting effect on theatergoers, while the second floor is elegiac in black-and-white. The exhibition is speculative at points, as the Garrick was both poorly documented and constantly altered when extant. Samuelson laments that “it evolved in unfortunate ways that did not respect the architectural integrity of the building.” 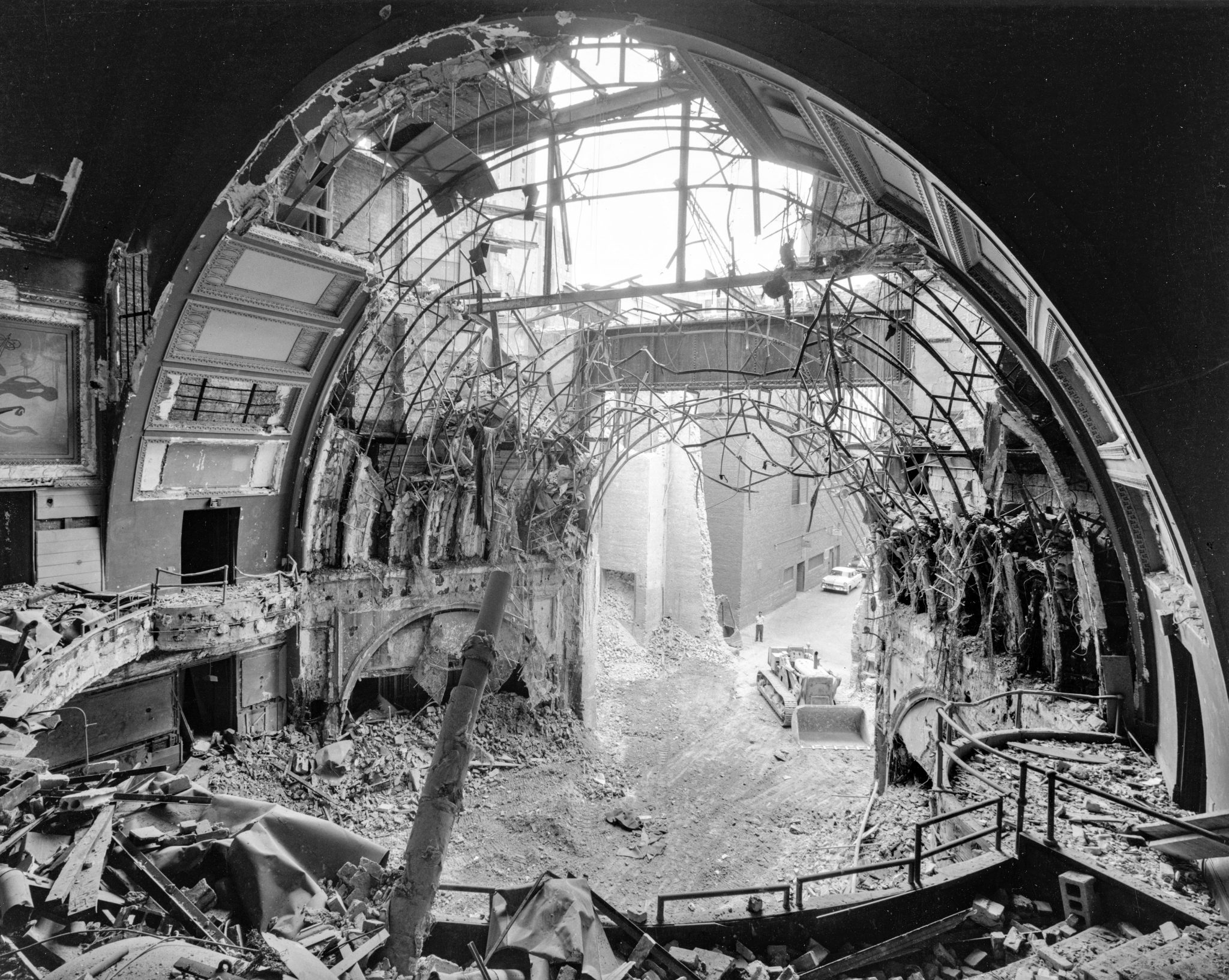 Curators call the 1961 razing of the Garrick a turning point for Nickel, but the term “breaking point” is more accurate. The ill-fated struggle to save the Garrick hardened him, leaving him cynical and reckless. Nickel died in 1972 when Sullivan’s Chicago Stock Exchange collapsed with him inside. He was forty-three years old. Nickel’s ghost looms like a specter over the exhibition, haunting the darkened hallways and instilling in the viewer the sense that when the Garrick came down, both a building and a person were destroyed.