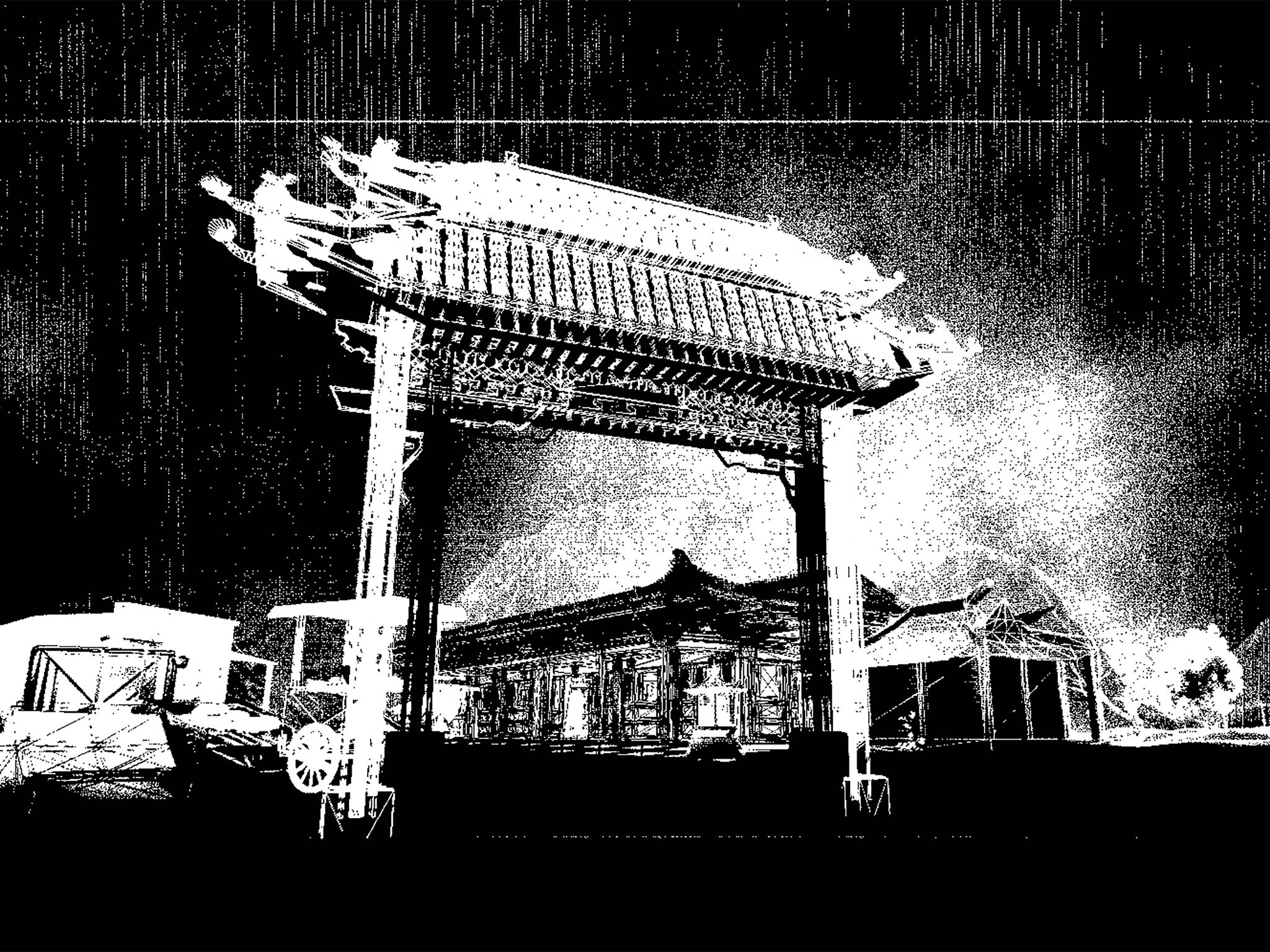 鬼鎮 (Ghosttown) Spirit Simulator is more than a game. It was conceived as part of the 鬼鎮 (Ghosttown) series that invites the viewer into a reimagined American Western world, where glitches and noise are front and center and time appears to stand still. We sat down with Jonathan Kinkley of Chicago Gamespace and the co-creators—new media artist and scholar jonCates and artist, game designer and professor Evan Meaney—to discuss the experimental art game, the beauty of glitch aesthetics and all things 鬼鎮 (Ghosttown) Spirit Simulator—from the film, to the game to the multimedia exhibition.

Tell us about 鬼鎮 (Ghosttown) Spirit Simulator for those who don’t know what it is. 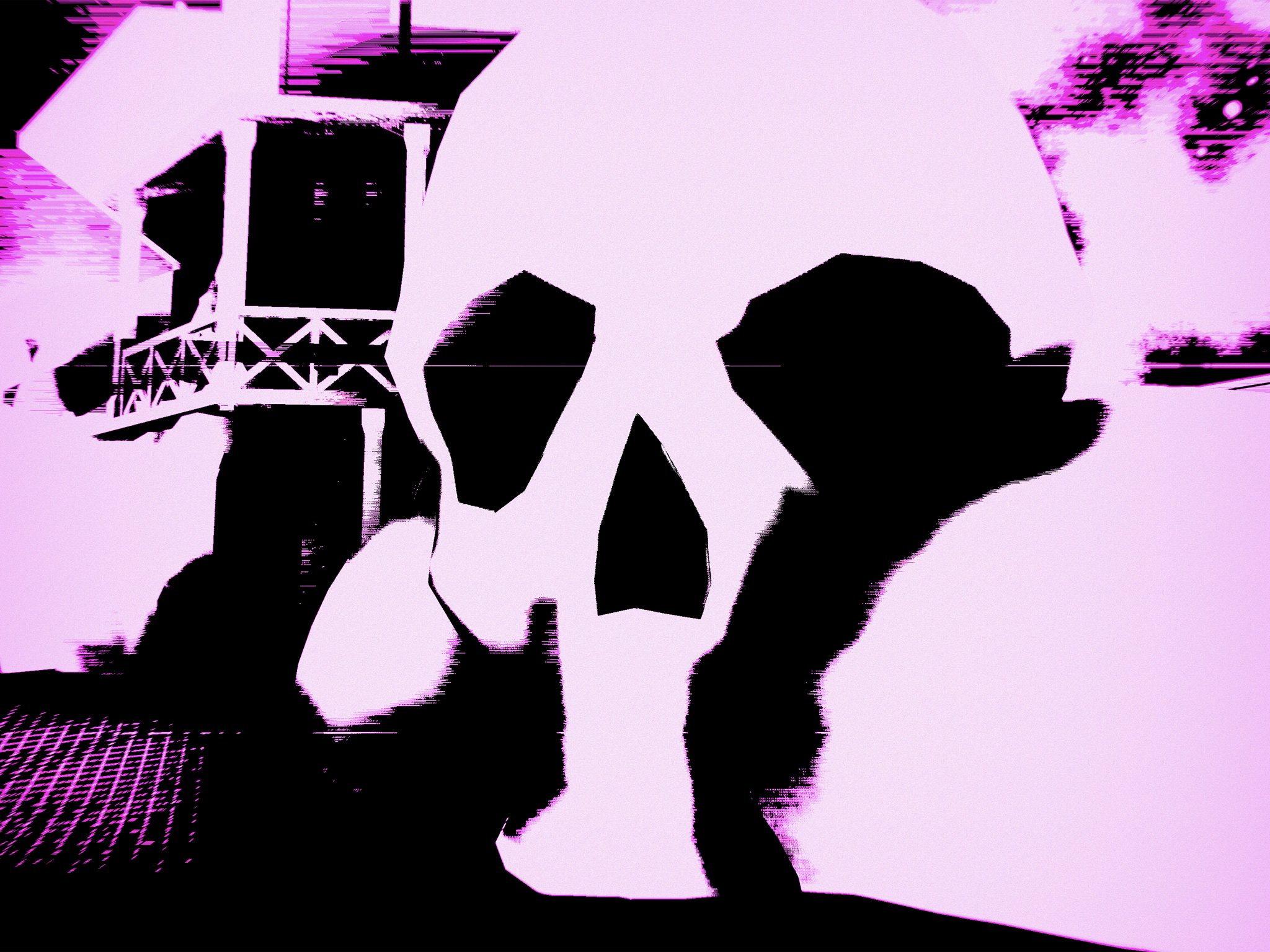 What is your process when you create experimental films and games out of glitches and noise?

jonCates: It’s really difficult! Games and glitches go together (because both are computers’ creations), but most folks try to avoid glitches. I embrace glitches. In game development this can be a real challenge because we have to create stable software that runs reliably every time you play it. That means we work with what people call “Glitch Aesthetics.” We carefully designed the glitches in the 鬼鎮 (Ghosttown) Spirit Simulator so that you can be surprised in different ways when you return to the 鬼鎮 (Ghosttown). Experiences are really specific to the moment, like the time of day when you are playing. For instance, when the world becomes soaked in colors those patterns are totally specific and special to how you got there and where you go next.

Evan Meaney: From my side, glitches provide opportunities to reconsider systems. Just like a cellular signal interruption can prompt an investigation into your phone’s settings, glitches for larger ontological structures like western expansion and white supremacy should act as sites or places of investigation, understanding and action.

Can you talk about the connection between American Western and Glitch Art in your work?

jonCates: I have a “complicated relationship with the Western genre. I love the landscapes and aesthetics of classic Westerns. I hate the settler-colonial racism and genocidal white supremacy that you find in almost all Westerns, and in the basis of the genre itself. Glitches give us opportunities to say, “Something has gone wrong; this is broken.” As a glitch artist, I felt that this would be the way to bring together my approaches, by glitching the Western, creating the Glitch Western. I curated a film series at the Gene Siskel Film Center about this perspective, and I taught a whole class on the subject, so I could talk about this all day. 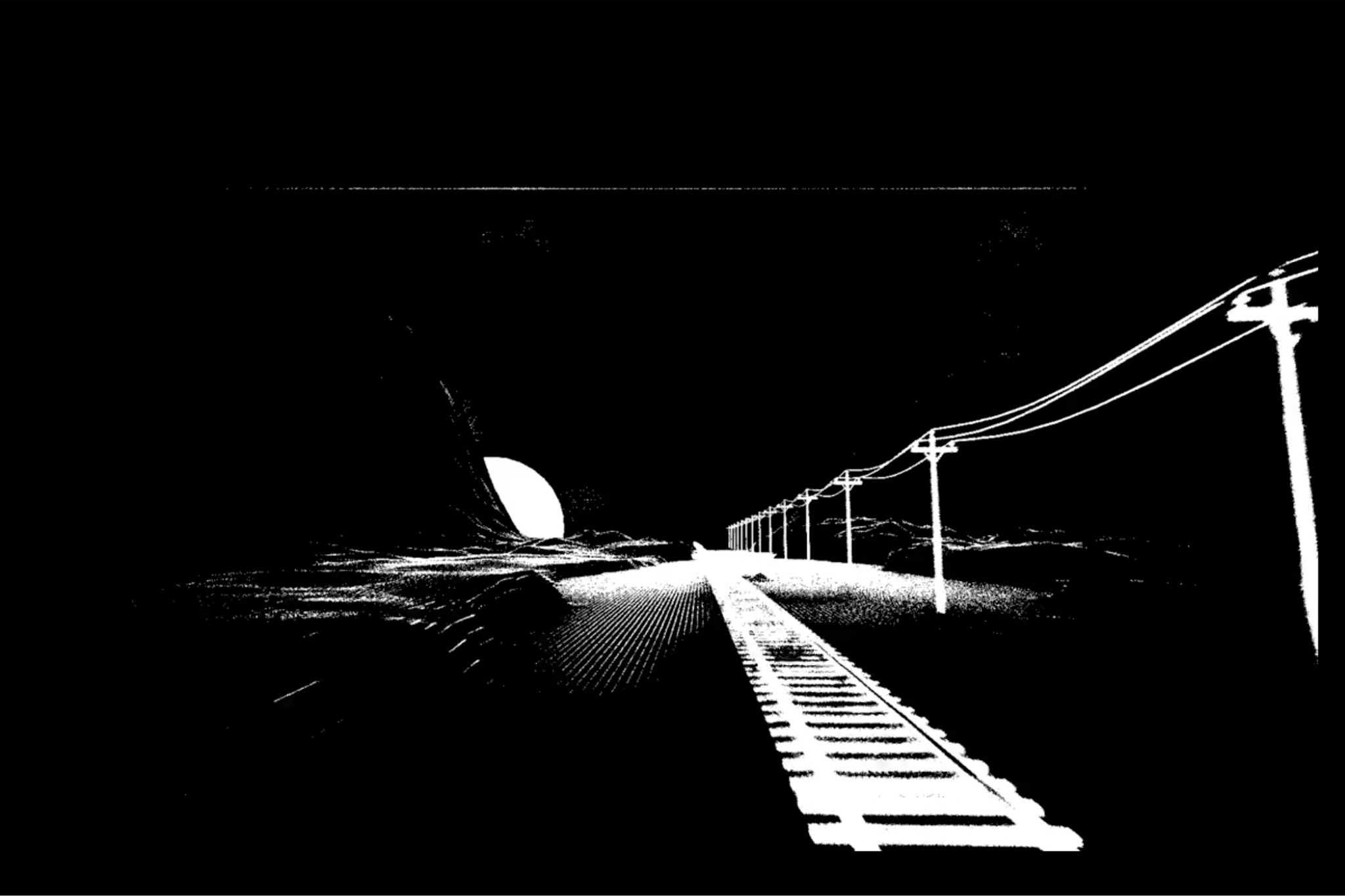 Where do you look for inspiration creating a game and what are the biggest challenges you have faced?

jonCates: Kentucky Route Zero, Kandinsky, Autumn Peltier, Dr. Bethany Hughes, Cynthia Kadohata, Ruth Hopkins, and so many folks who we list in the credits are deep ongoing inspirations. We had a few challenges with 鬼鎮 (Ghosttown) Spirit Simulator because we made the town as a film set for the feature film. Then we transformed the town into the game, which is more of an interactive digital artwork, or even more like a toy, that you can play with at different times of day.

Evan Meaney: One of the challenges for us was how to consider randomness and procedural generation as an interesting user experience. There are so many projects that use entropy as a generative factor, but the content lacks. One thing that was sort of freeing to me is the notion that this is okay. It’s a feature, not a bug. Some days are lonely in Ghosttown. Some days, the player wishes could be more lonely.

What’s the most fascinating thing about working within the glitch art field?

jonCates: All new technologies beget new glitches. Old technologies have still-yet-to-be-determined ways of glitching. For example, the operating systems which we use everyday change (for better and for worse). These systems behave differently, in ways which we might not expect. Glitch Art, in this context, can be thought of as a gift delivered to us by how our technosocial systems misbehave.

Evan Meaney: That glitches mean wildly different things to different people. If a glitch is an aestheticized version of a person’s understanding of completeness and interruption, it acts like an inkblot test. Everyone perceives something different in a glitch. Everyone is right in what they perceive. 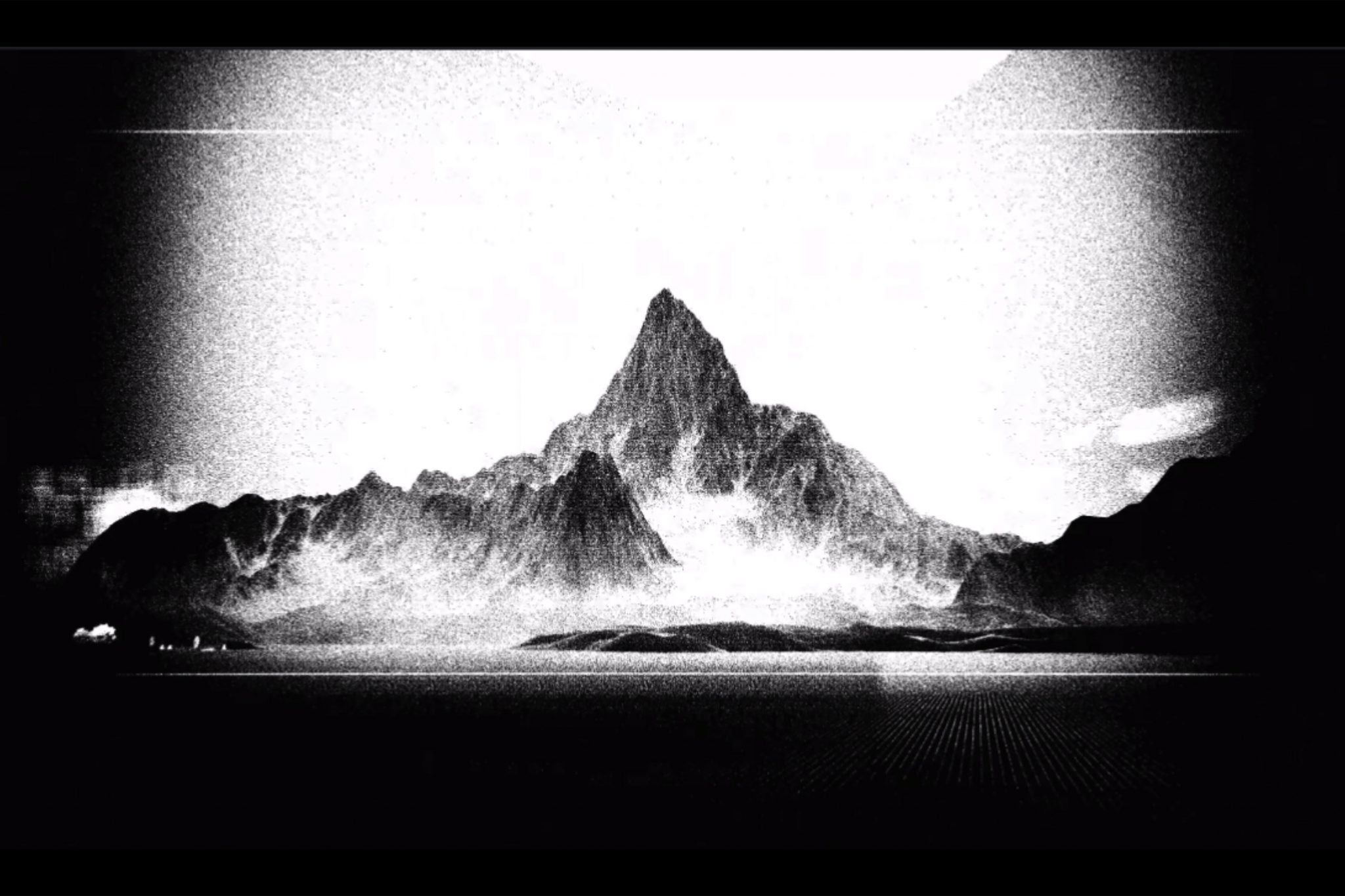 Where do you see the genre’s evolution and artistic potential, especially considering the major changes that VR and AR bring into the mix?

Evan Meaney: Games are art. VR and AR are nice enhancements, but even differently-immersive experiences have wild expressive power. Even analog games like table-top role playing games incorporate so many different aspects of creation, all with just pen and paper.

jonCates: Absolutely agree with Evan! I’m working on the next 鬼鎮 (Ghosttown) games right now. One of the next 鬼鎮 (Ghosttown) games is what I’m calling a a sprawling Wikipedia-style game, named Ghosttopia which is basically just a website. And another is a very conceptual metaverse project called 來自金山的女孩 (The Girl from goldMountain) which is on the blockchain and uses NFTs. So these are two very different approaches, but both are ways to connect with folks online, i.e. technosocial.

What kinds of boundaries do you feel you’re pushing bringing this exhibition to life at this moment in time?

Jonathan Kinkley: Where else in Chicago can one experience artwork at the confluence of video games and new media? Gamespace is a place where people can learn about video-game history by playing some of the most influential games of all time in the Gamespace collection, but also to experience rotating exhibitions of new games that push the medium in interesting ways. There’s nothing like 鬼鎮 (Ghosttown) Spirit Simulator. Its polarized and distorted look is quite raw and visceral. Whether found in zines, newsprint, photography, or even text, there is something about the polarized graphic image that is viscerally attractive in its minimal and blunt distillation of the world. It builds on some interesting black-and-white artistic achievements that have been made in recent years including “The Return of the Obra Din” by Lucas Pope and the filter of “Ghost of Tsushima” that renders the game in black-and-white with film grain to evoke the film style of Japanese filmmaker Akira Kurosawa. 鬼鎮 (Ghosttown) Spirit Simulator distinguishes itself among these other experiments by adding the glitch—the intentional distortion of the ghost town landscape of houses, landmarks, trains and skulls, as one navigates this virtual space. In so doing it aligns itself with new media history that began with Jamie Fenton, an artist whose work straddles video game industry and the fine arts. But the noisy pixels also reference gaming’s 8-bit past. 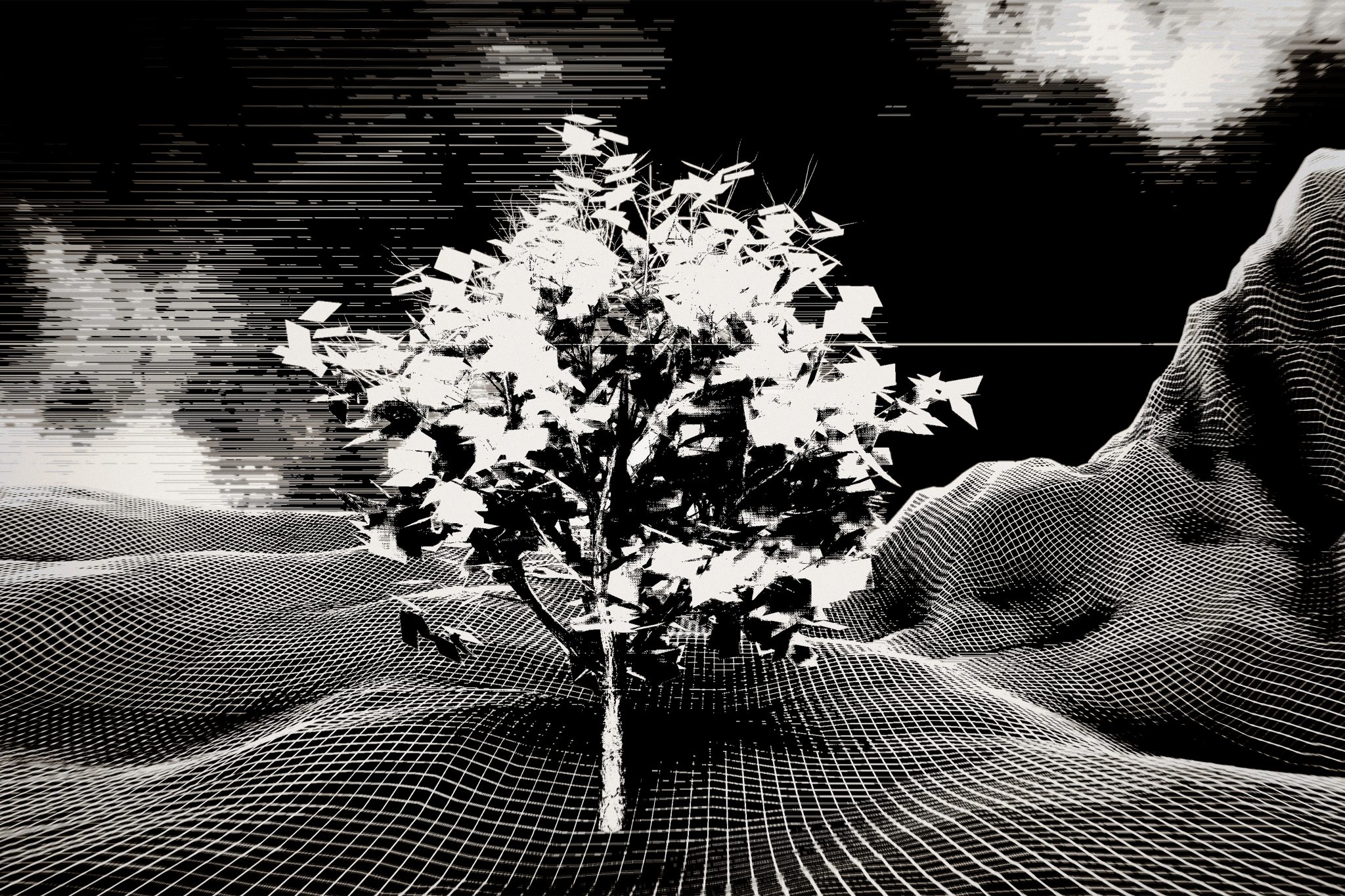 Jonathan, can you talk about how you developed the exhibition from a curator’s perspective?

Jonathan Kinkley: I was involved in 鬼鎮 (Ghosttown) Spirit Simulator as a beta tester and have been following the project for some time and knew when I first played it that I wanted to exhibit it. The challenges of making an exhibition of a video game are that, as a time-based medium, how best to resolve it in exhibition format. Fortunately 鬼鎮 (Ghosttown) Spirit Simulator is conducive to a gallery experience in that it is a relatively short, primarily visual experience that is new every time. It will be shown along with a segment from the (Ghosttown) film. Unlike some other museums and galleries that will not hesitate with showing a feature-length production on loop—as if the viewer will actually sit there for an hour and a half or more—the artists and I decided to go with a clip from the film so that visitors can experience these works in a reasonable length of time in tandem with the rest of the gallery experience. Although I certainly hope people will check out the full length of the film and game. It was also important for the purposes of an exhibition to have artwork from the game framed and mounted on white walls to further impress upon the visitor’s mind that the game is a work of art and nothing accomplishes that like a framed artwork and white walls, the icons of the ar-viewing experience.

What are you hoping the viewers will take away from this exhibition?

Jonathan Kinkley: That people see games as a living and experimental medium. And by exhibiting 鬼鎮 (Ghosttown) Spirit Simulator in the broader context of other historical games, I hope people will see a successful example of a game that is redefining how a game can look like and what a game is. I also hope the vibrancy of Chicago’s game development scene is also impressed on visitors. It is a place where triple A, indie and art games are all simultaneously in production, in industry, academia and independent basements, to make up the vast landscape of interactive media in the city.

Evan Meaney: A more nuanced way of engaging with what glitches/hacks/interruptions etc. are trying to tell us about systems. And, hopefully, ways of aesthetically interrupting systems of power.