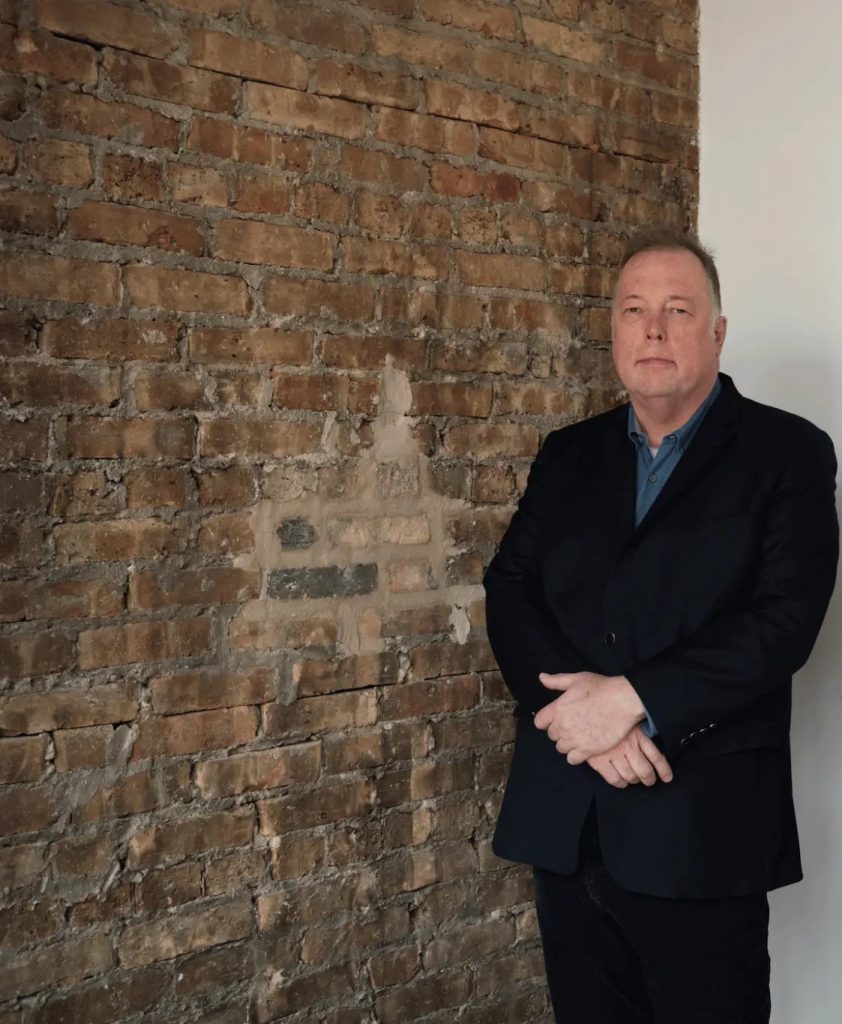 Brad Lynch called me from Boston one afternoon, a few weeks before he died of a brain aneurism on September 26. He was in pursuit of a proper martini, he told me. For the better part of two decades, I witnessed and admired Lynch’s Hemingwayan appetites and so directed him to the bar at the Fairmont Hotel, where a martini arrives with a sidecar. Fortune must favor the Fairmont, he said, for he had just checked into a room there.

Later that evening, I received another call from Lynch, who in the meantime had improved by two cocktails. Wasn’t I working on an article about a Frank Lloyd Wright house in Michigan, he asked in a manner that implied that if I wasn’t yet, I’d better get started. Lynch’s enviable, passionate affair with architecture began when James Dennis, an art history professor of his at the University of Wisconsin, discovered that Wright’s Jacobs 1 house—a prototype for renowned Usonian homes—was being offered for sale. Lynch recalled hearing Dennis say “let’s go by that house.” They got into a car. By the end of the short ride, Lynch realized that Dennis uttered the homonym “buy.” For the next year, Lynch, confident and curious, dressed in bib overalls, labored on Jacobs 1, now considered a model for meticulous restoration. Once, while he was covered in dust from scaling paint off of woodwork, Lynch said, one of the Jacobses stopped by to spy on the restoration. Another, Fay Jones came to the site and diverted Lynch with anecdotes about the project, which Jones oversaw as an apprentice. More worshippers followed. “It was like the Wailing Wall,” Lynch said, before adding a thoughtful expletive. 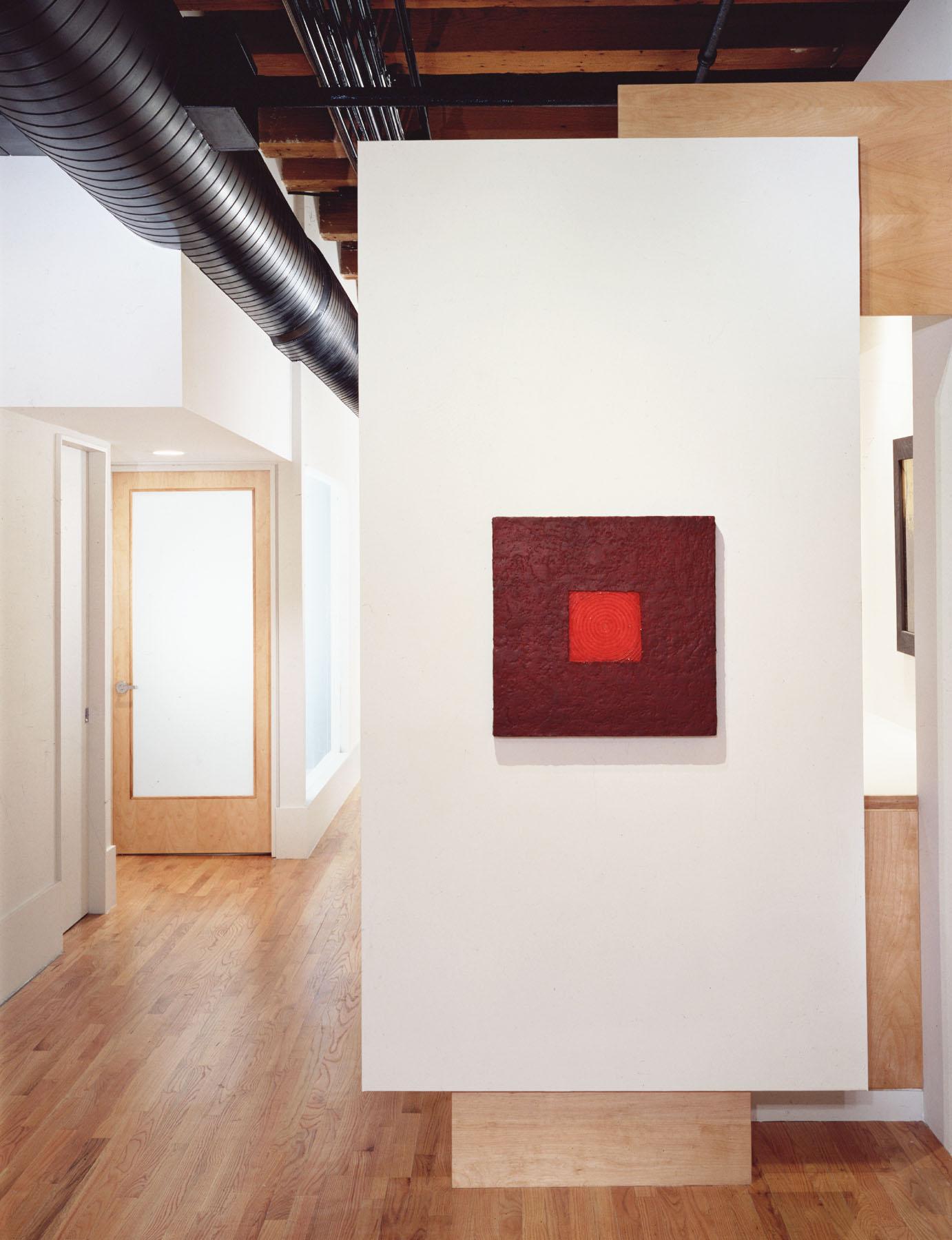 Lynch did not hold a degree in architecture. Rather than a formal course of study, his preparation for entering the profession—and passing the AIA exams—was wonderfully eccentric, though no less rigorous. For Lynch, the transmission of knowledge flowed not through the established channels of the architectural discipline, but through the myriad heterodoxies of dinner parties and drinks, quips and critiques, friendships and rivalries; through obsessions, publications, and art collections; through the vascules of mutual purpose; through spaces sanctified by what he deemed to be good design; through profane phone calls.

Many years ago, in the pages of this magazine, I wrote that Chicago towers designed by Brininstool + Lynch, the firm Lynch co-founded with David Brininstool, transcended the banality of most high-rise condo projects. He was tickled by my phrase, “a relief from so-so-ness,” and occasionally quoted it back to me. Language mattered to Lynch, in the broadest sense and in its most profound. He sent lavishly printed monographs in the mail, unfailingly with a hand-written note. “To Philip — ,” one such note began. “Read this.” Our text thread, stretching back to the dawn of the smartphone era, is a masterclass in the killer epistolary one-liner.

On the Chicago Architecture Biennial: “kind of a science fair, but without the explanations… or the science.”

On awaiting a package in the mail: “Feel free to send rich people’s houses my way.”

On dislocating a shoulder: “Have 2 months to shove that back in.”

On Helmut Jahn’s  fatal accident: “I had nothing to do with it.” 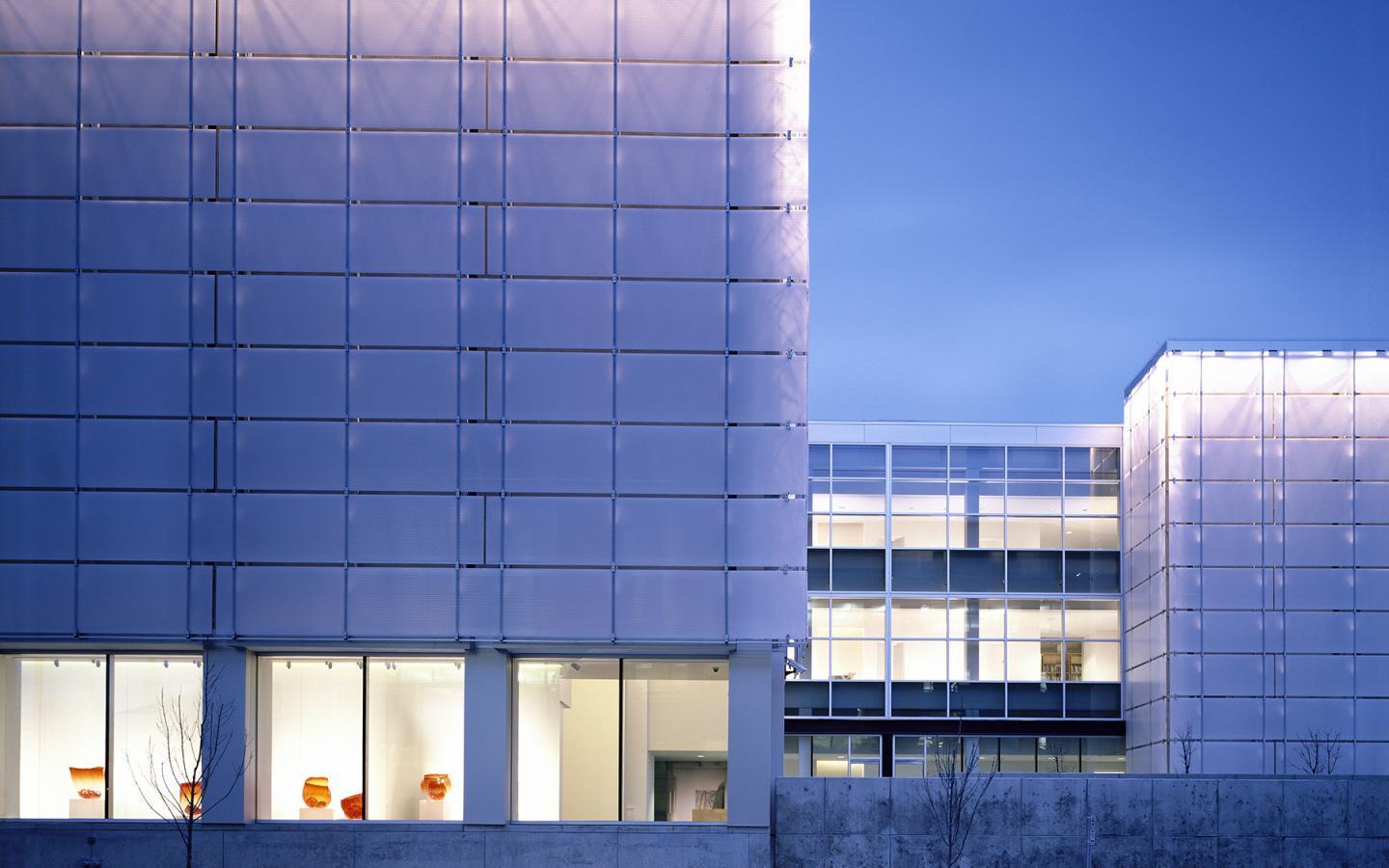 Lynch vacillated between wanting architecture to speak for itself, and the irresistible urge to be its spokesman—through monographs, lectures, jokes, tirades. His architecture was clear in intent and calligraphic in execution. Perhaps because he was so adept at it himself, Lynch was skeptical of grandiloquence of his peers. He claimed to disdain the curatorial classes, to distrust critics, and to suspect his fellow humans of not being fully sapient. None of this squared with his vast circle of devotees in the cultural and critical elites, with his voracious reading and writing, or with his fondness for people in places high and low. He struck a posture of indifference toward industry recognition, but warmed up any time his firm scored an award—which was often. He believed in an architect’s authority and authorship, scorning the contemporary shift toward collaborative practice. (I remember him deadpanning that “collaborators are for Nazis.”) Yet he played remarkably well with other architects, including a project with Diller Scofidio + Renfro at the recently completed David Rubenstein Forum at the University of Chicago. Subcontractors and partners adored him. (One exception was a short-lived merger, forced in the 2008 financial crisis, with another firm; constrained by reticence or non-disclosure, whenever the misadventure was mentioned, Lynch lifted his martini glass like a horn and emitted a gravelly, melancholy note.) Over the years, I observed his staff approach him as a storybook giant: powerful and gentle, yet existing at the edges of credulity—a character that, to comprehend fully, required a temporary suspension of disbelief. Lynch was the most affectionate misanthrope I have ever known.

The few times I ever saw Lynch silent were while he contemplated objects of art. An ornament on a building might have caught his eye, or a picture at an exhibition, or something in his own extraordinarily well-edited collection of photographs. Last fall, we happened to be in New York on the same day and arranged to visit the Noguchi museum together. A few galleries in, I lost track of him. Retracing my steps to the central courtyard I saw Lynch standing inert before a piece of stone. The two of them appeared to be working out some sort of agreement, unspoken and mimetic. 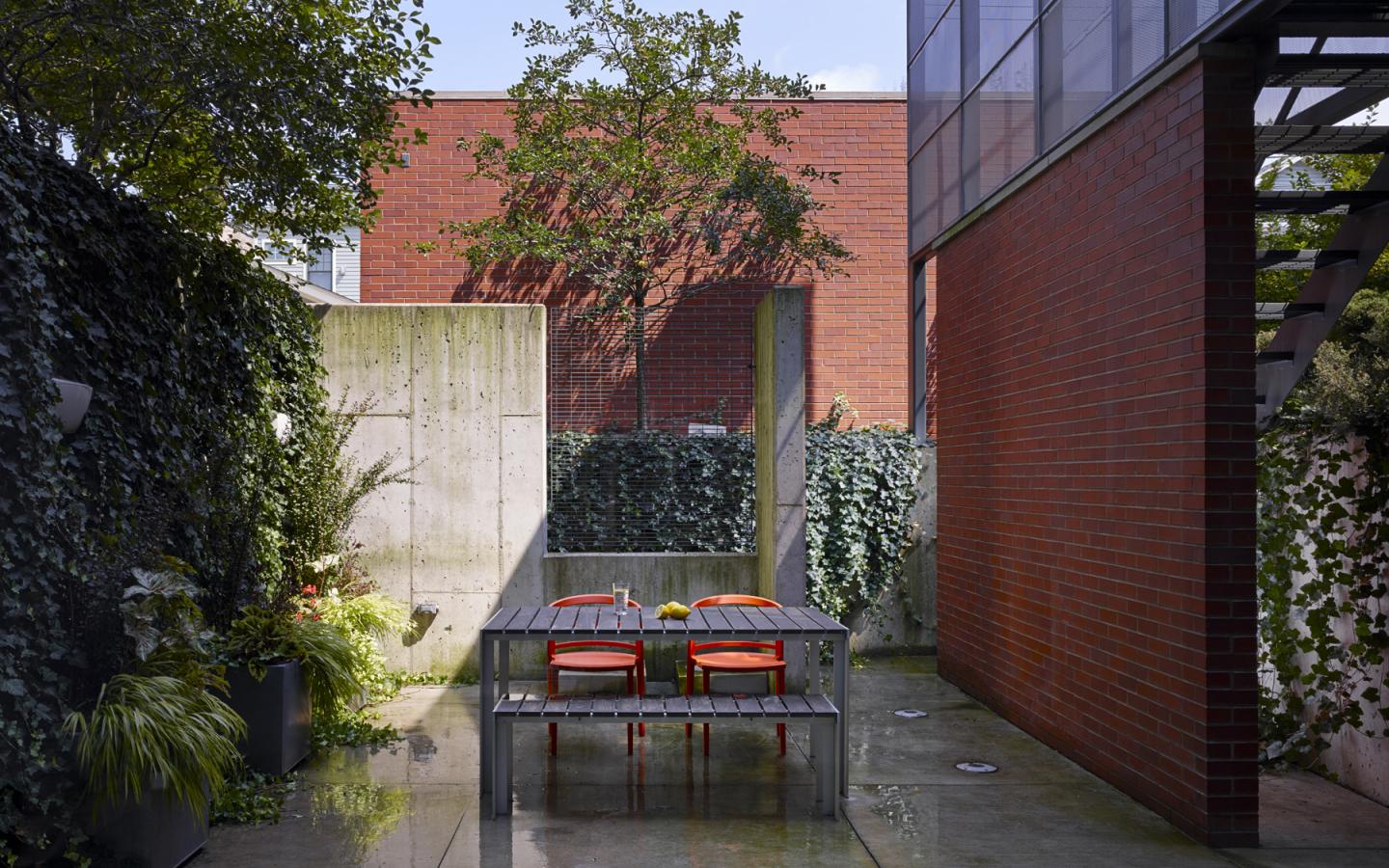 I have been struggling to remember these past few days the first time we met. It would have certainly taken place at the Chicago Architecture Foundation, where I was on staff and he a frequent speaker and guest. But my memory uncannily conflates meeting Lynch with encountering a set of images, shot by Pedro Guerrero, known as the “Hands Series.” In them, Frank Lloyd Wright’s head and torso are in soft focus, hazily floating beyond the frame. His hands are in the foreground. Wright is demonstrating building elements with gestures: fingertips held at an acute angle to form a corner, a palm floated over clenched fist to suggest balance, fingers interlaced to show a joint. The photographs were mounted in the reception area of the Foundation; nearby a small label thanked Brad Lynch for donating them. I must have looked at them for hundreds of hours, without being fully aware of it.

I never asked Lynch what these photographs meant to him, or why, rather than keeping them for his personal collection, he chose to have the series hung in a highly trafficked lobby. I didn’t need to ask because it made exquisite sense. The photographs were neither a tribute nor a lesson but a private joke made spectacularly public. Does an architect make noise or space? Does he generate discourse or design? Does he drink martinis or move mountains? Guerrero’s photos are a succinct, silent, and savagely funny retort. An architect talks—with his hands. 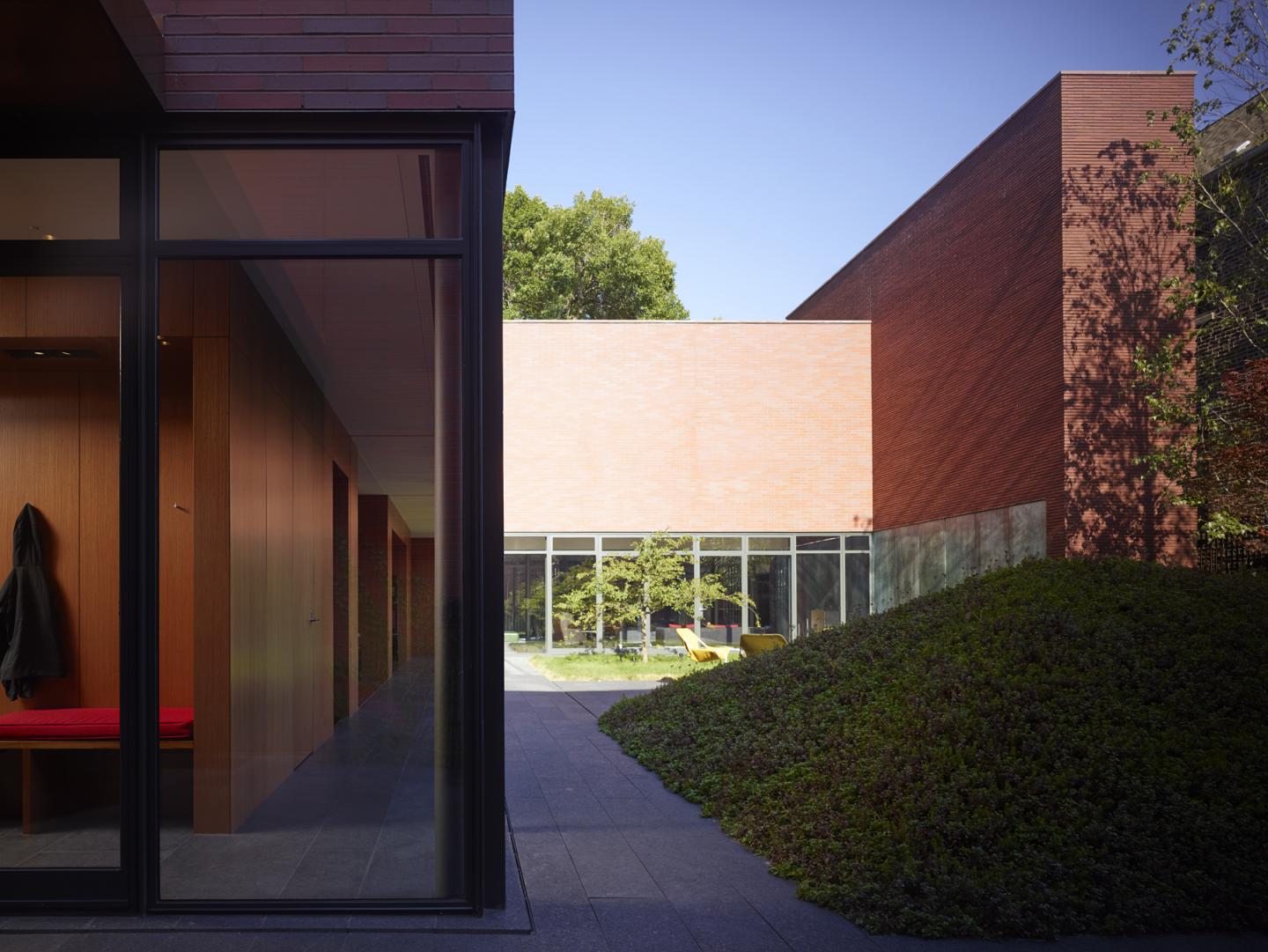