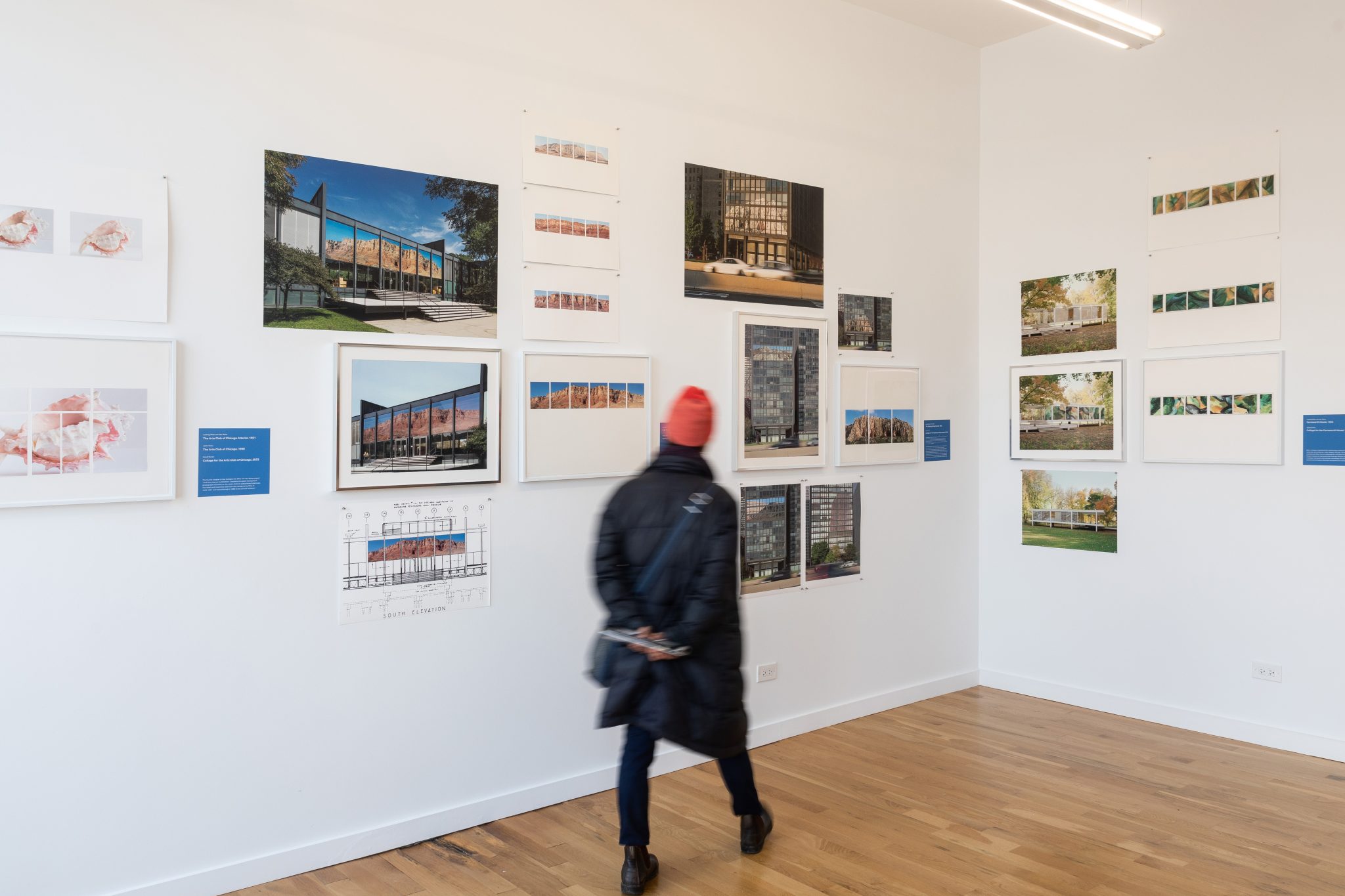 David Salkin Creative is buzzing. It’s opening night at the collaborative textile and surface-design studio and exhibition space located at the 1709 Gallery Building in West Town for Assaf Evron’s “Collages for Mies van der Rohe” exhibition—a behind-the-scenes look at the artist’s larger-than-life series of installations. The ongoing project has been taking place in and around Chicago since 2019 and involves monumental photographs of geological sites superimposed on the iconic architect’s buildings. The outside of the McCormick House at the Elmhurst Museum features images of Germany and the Middle East; the windows of The Esplanade Apartments (one half of the 900-910 North Lake Shore Drive pair of glass and steel buildings) are wrapped with the image of a mountain range—think: pre-human cave-dwellings and pastel-colored rock formations. The S.R. Crown Hall at the Illinois Institute of Technology (IIT) showcases a 650-square-foot photograph of a desert landscape. The Arts Club of Chicago follows this February, but in the project’s fourth iteration, Evron will be using the Mies “floating” glass staircase. A semi-transparent conch shell will be installed on the glass windows to mark the artist’s first interior intervention. Another installation comes to the Edith Farnsworth House in Plano in 2024. 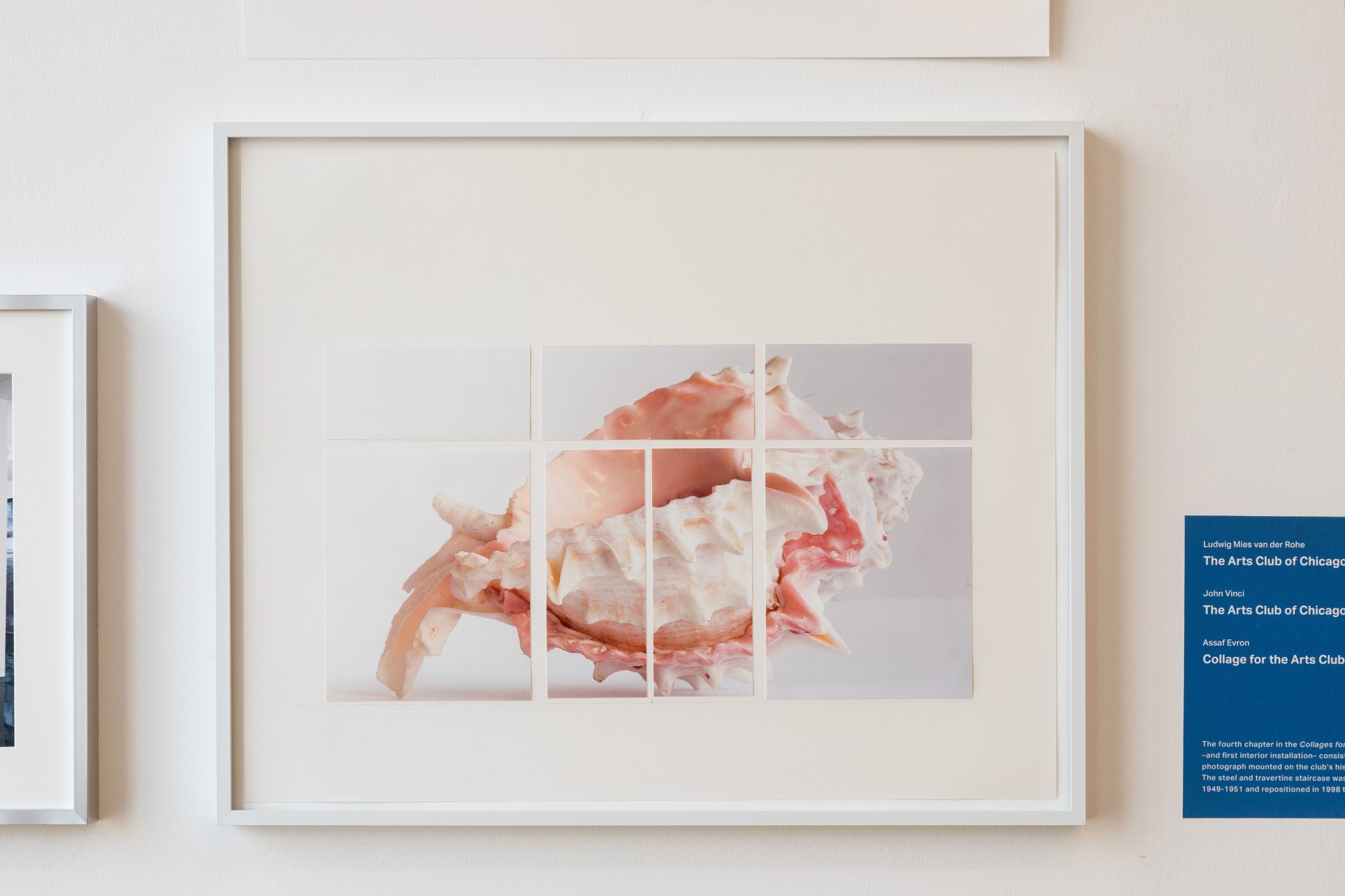 From the Dead Sea to the Vermilion Cliffs in Arizona to Israel, the artist’s home country, Evron’s photographs are meant to explore the connections between art, architecture and nature, but also those between displacement, global citizenship and belonging. Ultimately, it becomes a consideration of the relationship between the artist and the architect. The similarities are many: from Mies’ collages that combined illustration, sketches and photomontage—collages architecture-forward much like Evron’s works on paper that provide a glimpse into the preliminary stages of his creative process leading to his large-scale installations—to their shared immigration experience (Mies immigrated to the United States in 1938 and Evron in 2010). Deeply personal issues come into play. There is an interesting sync between the life and career paths of the two creatives. 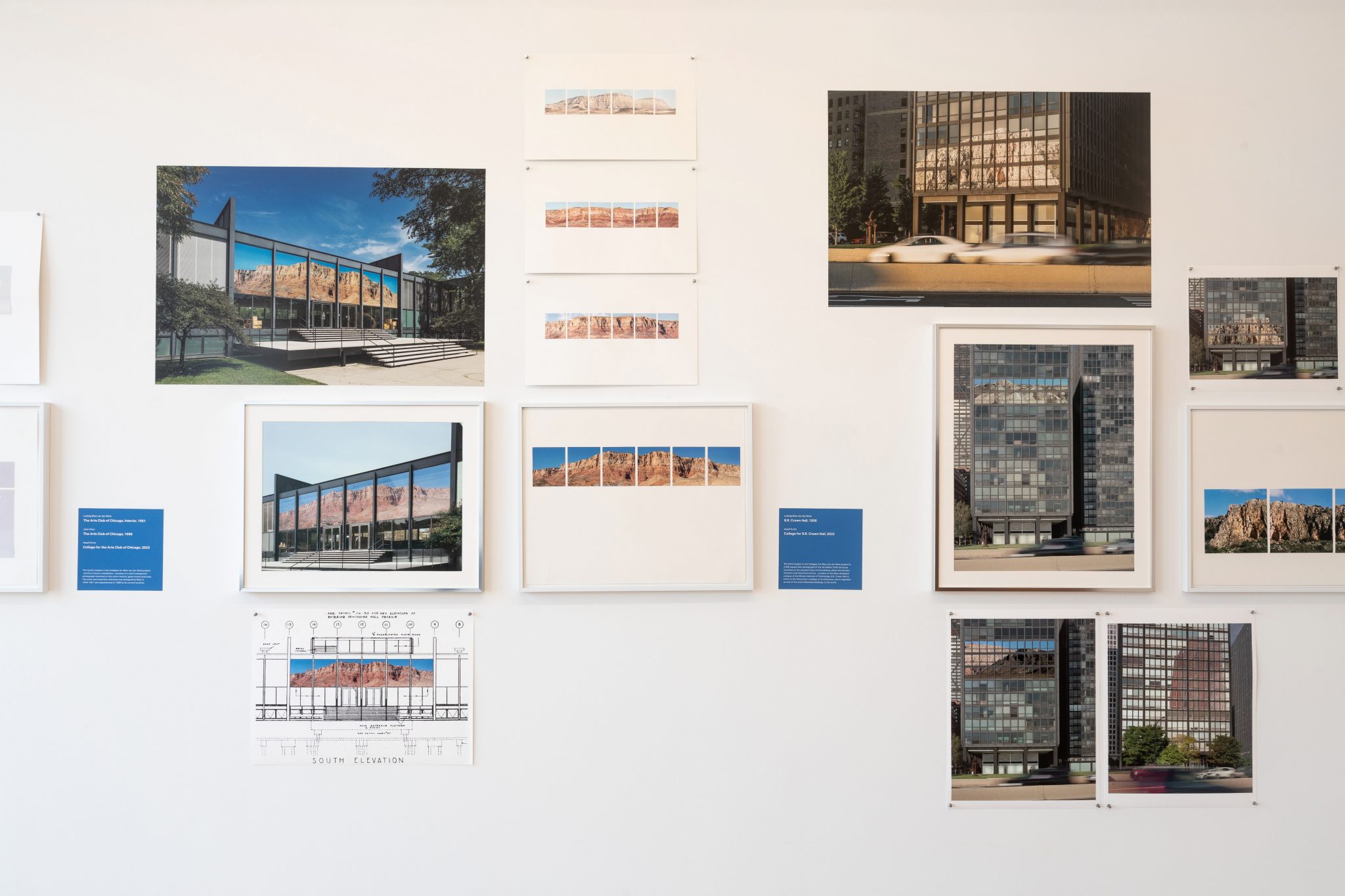 The works in “Collages for Mies van der Rohe”—some framed, some unframed, some pinned directly onto the gallery walls—bring those similarities and juxtapositions to the forefront. The way one sees and experiences things is challenged. A good example is the way Evron plays with Mies’ signature material: glass. Instead of celebrating its transparent barely-there nature—Mies was fond of bringing the outside in, whether natural  light or the changing seasons—Evron chooses to obstruct the view. The window becomes a surface to see onto, not through. The unexpected turn changes one’s entire perspective. Even the surrounding landscape feels out of place. 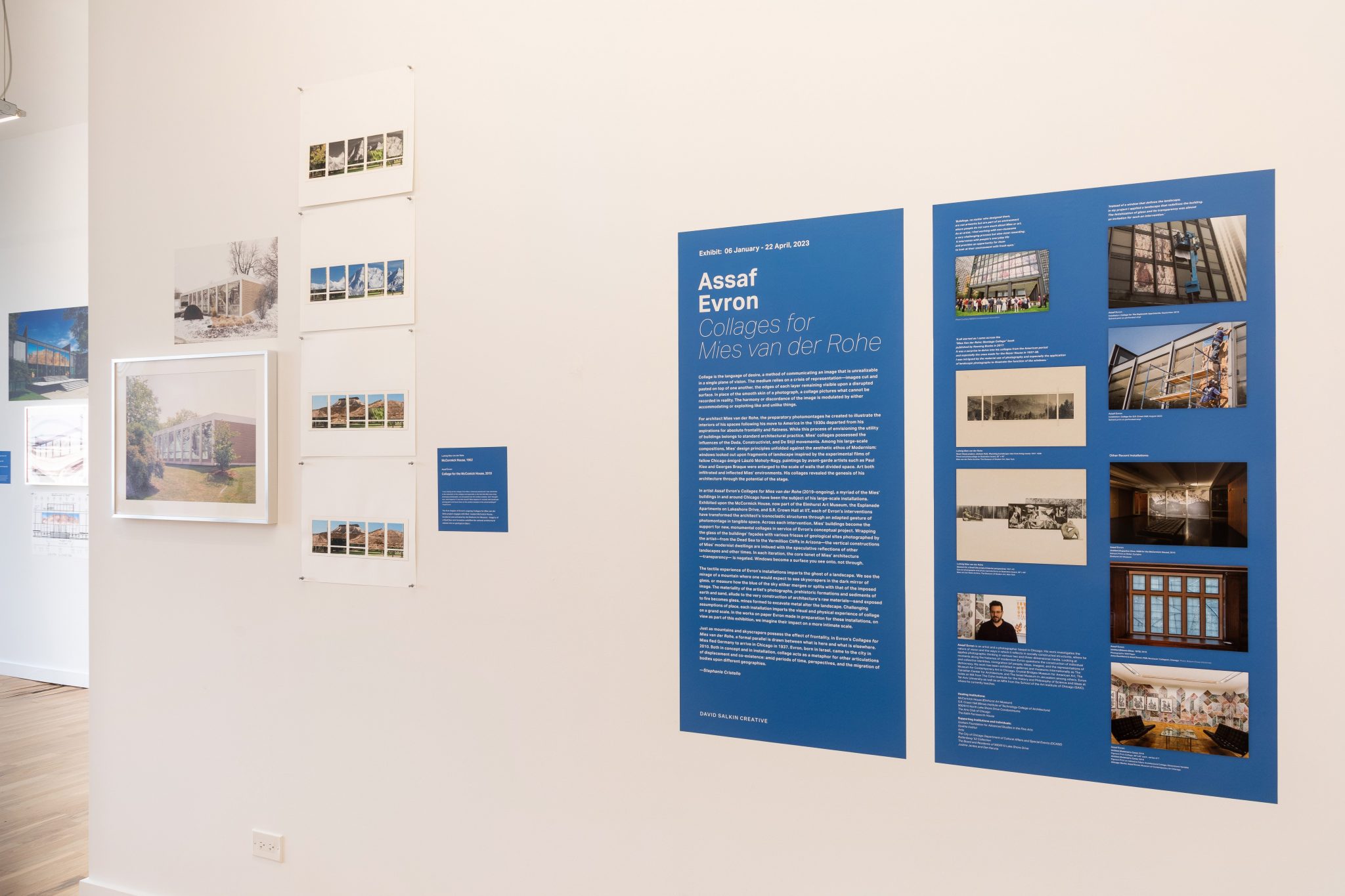 In this exploration—both in the form of collage and site-specific installation—history and contemporaneity coexist. And as one experiences the exhibition and considers the ways Evron rethinks historic structures by the pioneer of modernism—if only for a short amount of time—one thing is apparent: that each and every part of the process is a work of art in its own right.