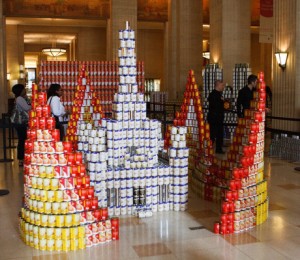 Canstruction at the Merchandise Mart 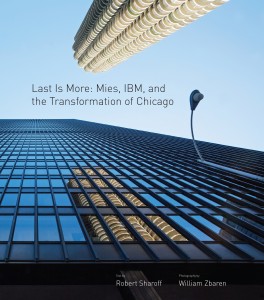 Canstruction
Forget bricks and mortar. Borscht and molasses are the materials of choice at the eighth annual Canstruction, at which twenty teams of architects build fanciful structures using nothing but canned foods. Last year’s competition netted nearly 100,000 cans of food for the Greater Chicago Food Depository. Merchandise Mart, through September 8

Last Is More: Mies, IBM and the Transformation of Chicago
A new monograph by Robert Sharoff, with new photography by Bill Zbaren, promises not so much to add to the Miesian hype as to cut through it. The book, commissioned by the Langham Hotel which now occupies part of Mies van der Rohe’s celebrated IBM Plaza, surveys the master’s Chicago buildings with clarity and in context. In Zbaren’s images, Mies’ buildings manage to look surprisingly new and simultaneously timeless. September 15

David Lee Csicsko
Graphic designer, public artist, and bon vivant David Lee Csicsko is known for illustrations that are at once dreamlike and uncannily real, not unlike women’s fashion. Maybe that’s why the boutique Ikram feels just right for a show of Csicsko’s show of original work. Large-scale drawings inspired by all things fleeting—ah, fashion—will be on display along with the designer’s fanciful ceramics and textiles. Ikram, opening September 18 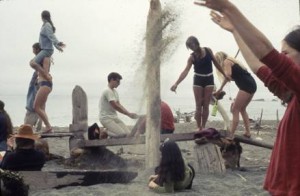 Halprin Workshops at the Graham

Experiments In Environment: The Halprin Workshops, 1966-1971
Landscape architect Lawrence Halprin made a mark on the best-known and best-loved public spaces in the U.S. He designed Minneapolis’s Nicollet Mall, Seattle’s Freeway Park, and San Francisco’s Ghirardelli Square, a pioneering adaptive reuse project. But Halprin’s less public legacy is no less important. With wife Anna Halprin, he hosted a series of workshops for friends and fellow-thinkers, intended to foster “group creativity.” A new exhibition provides a glimpse into those heady sessions with never-before-seen photographs, drawings and films. The Graham Foundation, September 19-December 13

Michigan Avenue Bridge
Magnificent Mile became that way thanks to the construction of the Michigan Avenue Bridge, which expanded downtown’s commercial core to the North. Patrick McBriarty, who authored a book about Chicago’s collection of drawbridges and produced a documentary on the same subject, speaks on the significance of Chicago’s iconic bridge as part of Friends of the Chicago River programming. McCormick Bridgehouse & Chicago River Museum, September 18

Open House Chicago
The free, freewheeling festival of architecture is a voyeur’s indulgence. It’s a chance to meander through private rooms, peek into hidden nooks and sneak into some of Chicago’s most storied spaces—about 150 of them throughout the city. Tourists will line up for hours to get into the cupola of the Jewelers Building, where starchitect Helmut Jahn hatches his vertiginous schemes. Or skip the long queues and explore an outlier neighborhood like Pullman, with its stately factory, workers’ housing, and reinvigorated Argus Brewery which stands on the mouthwatering “Schlitz Row.”  Chicago Architecture Foundation and multiple locations, October 18-19

Cusp Conference
Ambitious enough to be about the “design of everything,” Cusp conference is part TED Talks, part summer camp—it has touching moments of vulnerability and puerile delight. Past conferences featured professional sword swallowers and priests alongside graphic designers and entrepreneurs. By comparison, the 2014 installment seems almost tame: expect a motorcycle designer, an opera singer, a Navy lieutenant and a “biological anthropologist,” whatever that means. Museum of Contemporary Art Chicago, October 22-23 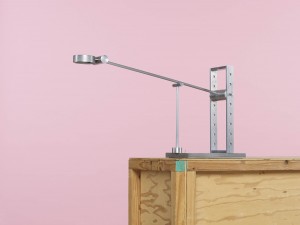 Laske: Design Studio and Collected Works
The wonderfully off-kilter work of Lawrence Laske has made the industrial designer something of a legend at home in the U.S. and in Europe, where he collaborated with the likes of Ettore Sottsass and Philippe Starck. Laske’s drawings, objects and furniture—as well as gifts from swoon-worthy famous friends—are up for auction, with 200 lots estimated between $100 and $90,000. The online auction benefits Laske’s foundation, A Brain Tumor and a Dream. Highest bids are expected for “Beach Thingy,” a minimalistic beach chair; it comes with a patent for production. Wright, October 24 at noon; previews three weeks prior

AIA DesigNight
The venerable architect John Vinci will receive a lifetime achievement award from the Chicago Chapter of the American Institute of Architects, the professional association that knows about these sorts of things. Vinci is known as much a champion of others’ work—through preservation and advocacy—as for his own. The award will be presented at AIA’s annual DesigNight, held again at the Grand Ballroom on Navy Pier. The event is a little like going to a grown-up version of architecture studio: there are lots of folks wearing black, critiques are sharp and quippy, and the booze flows freely. Navy Pier, October 24

The City Lost and Found: Capturing New York, Chicago and Los Angeles, 1960-1980
During the urban crises of 1960s and seventies, representations of the city proliferated. A new exhibition looks at the contradictions and anxieties of American cities during two transformative decades through the work of photographers who trained their lenses on the urban condition. A special treat is a record of performance artist Allan Kaprow’s Chicago “happening” from 1967.  Art Institute of Chicago, October 26 -January 11

Chicago Modern
Chicago had a robust modernist tradition well before the Bauhaus alighted on the shores of Lake Michigan. Robert Bruegmann and Thomas Leslie discuss Chicago modernism in architecture and other disciplines as part of the Architecture and Design Society’s program series.  Art Institute of Chicago, Fullerton Hall, November 4 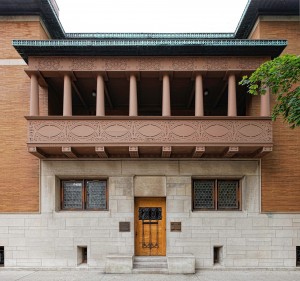 Society of Architectural Historians Awards
History is sexy when Tim Samuelson tells it. The city’s finest raconteur will be honored by The Society of Architectural Historians, which can be entrusted with such a treasure. Architect Ben Weese and a handful of others will also be recognized for their role in preservation and stewardship. This year’s gala raises especially needed funds: the Society’s headquarters, the landmark Louis Sullivan-designed house on Astor Street, has recently suffered from flooding.  The Fortnightly of Chicago, November 8