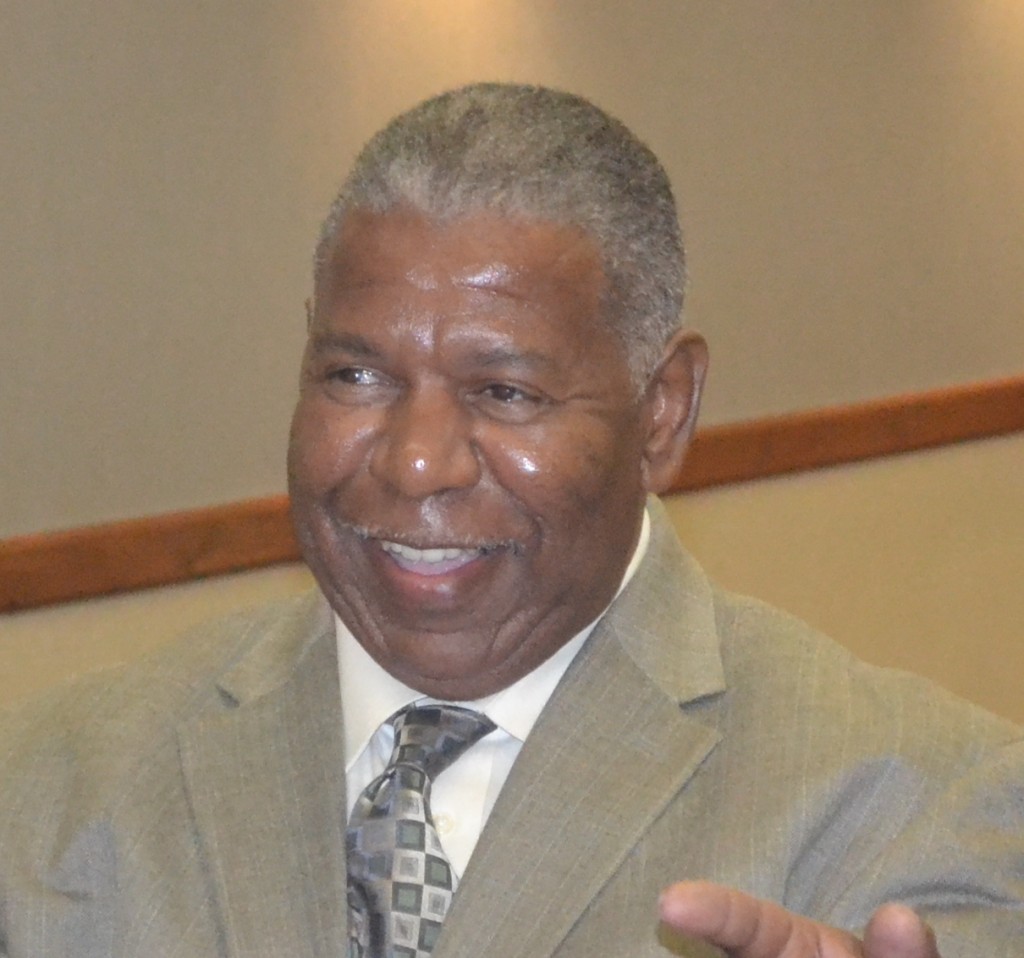 When Charles Leeks joined the unabashedly idealist group of people at National Public Housing Museum as their executive director in January, he brought a career of urban design successes to their mission of putting “public good” back into public discourse.

After decades of the country’s commitment to the “public good” eroding into fears about public “welfare, ” NPHM is creating a forum for renewed commitment and new conversation. The organization celebrates the histories of public housing communities and people who have called them home; and shares stories to inspire us to rethink the purpose of public housing as a vital cornerstone of urban and community design.

If anyone is temperamentally suited and professionally prepared to take this on, it’s Charles Leeks. Leeks has the demeanor and wisdom of a teacher and leader, and has been both.

Before moving to Chicago in 1999, Leeks taught political science and public policy at University of Missouri-Kansas City. He was brought on by Neighborhood Housing Services, a national organization that promotes homeownership, to head up a new North Lawndale office. With the lowest rate of home ownership in the city, North Lawndale was a gamble. Leeks, first brought on as a consultant, investigated the feasibility of setting up shop—to encourage homeownership for current residents and attract prospective homeowners from other communities—in a neighborhood notorious for poverty and violence, drugs and gangs.

Leeks discovered the other side of North Lawndale’s story. The commitment of residents to their community was deep and strong and, despite the problems, they wanted to stay. Even with teardowns in the 1980s and 3,000 vacant lots, the neighborhood still has the largest stock of architecturally significant greystone buildings in the city. And North Lawndale has a fascinating social history. It was the third-largest Jewish community in the world, after Warsaw and New York, before the Second World War. Golda Meir lived there and “King of Swing” Benny Goodman played his clarinet in the rooftop garden of the Jewish People’s Institute on Douglas Boulevard.

African Americans, part of the second wave of the Great Migration who arrived after the war, were met with deteriorating housing conditions and exploitative real estate practices. Dr. Martin Luther King Jr. came to Chicago in 1965 and lived in a North Lawndale apartment for several months, to draw attention to substandard living conditions and to start his Fair Housing Campaign. In 1968, the Contract Buyers League was organized in North Lawndale to expose and dismantle the practice of contract selling to African Americans who were denied FHA mortgages.

From this legacy, Leeks created a strategy and, ultimately, a new legacy of community awareness and pride. Leeks made the case for well-designed affordable housing that complemented the neighborhood’s housing stock, partnering with the UIC City Design Center for the Chicago Architectural Club’s 2006 Burnham Prize Competition. And he set out to rebrand the community. Leeks approached the Chicago Architecture Foundation, advocating for an idea that became the 2006 “Learning from North Lawndale” exhibition, telling stories of the community through its distinctive built environment.

Leeks also spearheaded efforts, in partnership with the National Trust for Historic Preservation, the Richard H. Driehaus Foundation and Alphawood Foundation, to establish the Historic Chicago Greystone Initiative in 2004, and in 2010, to have part of North Lawndale’s K-Town listed on the National Register of Historic Places.

With Leeks’ leadership, NHS developed Village West: fifty-six units of two-flats, townhouses and single-family homes. In 2007, when the economy tanked, not a single Village West building was abandoned or boarded up. “People were clearly in charge of their destinies,” Leeks says.

As was Leeks’ family. Leeks lived in public housing in Lyons, Georgia, near Savannah, until the age of nine, when his family bought their first house. A large family of cousins also lived in public housing. “ We grew up,” says Leeks, “to become middle- and upper-middle-class professionals.” The kinds of professionals, like Leeks, who make manifold contributions to the communities and larger society in which they live and work.

Leeks pulls no punches when he talks about the selective commitment in the US to urban design excellence. “The situation in New Orleans in the years leading up to Katrina was known and documented. Consider the Dutch, who by necessity are among the most innovative designers in the world. Would the Dutch allow Rotterdam to simply disappear?” Leeks asks. “For that matter, would we allow New York to disappear? San Francisco?”

NPHM is scheduled to open in its permanent home, the last remaining building of the Jane Addams Historic Homes, in 2017. Charles Leeks will be introduced at the National Public Housing Museum Open House at 625 North Kingsbury on Saturday, March 21 from 3pm-5pm.