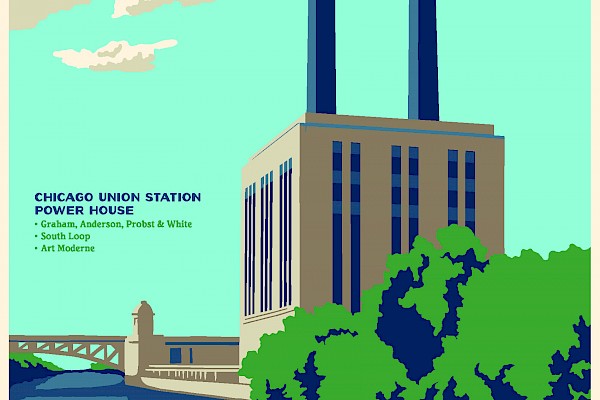 1
Chicago Architecture Biennial
(Chicago Cultural Center and throughout the city)
The architectural happening of a lifetime, or at least every two years, reaches its halfway point in November. Visit chicagoarchitecturebiennial.org/calendar/ to keep up.

2
Chicago 7 Most Endangered 2017 Bus Tour
(Preservation Chicago, 4410 North Ravenswood)
Taking a careful look at our endangered architectural past should be a prerequisite before we can “Make New History,” so join a guided tour of this year’s list of the seven most endangered sites: Chicago Union Station Power House, Altgeld Gardens, Chicago’s Twentieth Century Public Sculptures in the Loop, the Chicago Water Cribs, Jackson Park, South Shore Cultural Center, and the Madison-Pulaski Commercial District. November 5, 10am.

3
Architect Talk: The State of Architecture with Helmut Jahn
(Chicago Architecture Foundation)
The bad boy of architecture may resemble a grand old man but he’s still at the heart of controversy in Chicago. Rescheduled for November 28, 6pm.

4
Cesar Pelli & Art Gensler in Conversation
(Wintrust Arena, 200 East Cermak)
Not only will you get a chance to hear two titans of contemporary architecture, but you’ll get a chance to check out Pelli’s new Chicago edifice, the controversial Wintrust Arena and might even sneak a peek at Gensler’s new Marriott Marquis next door. November 2, 6pm.